How to Make a Bed in Terraria

It is likely that you have set up a new base away from the main spawn point in Terraria after playing it for a while. You would, however, respawn at the main spawn location rather than in the new base if you died. Making a bed can provide many benefits, including boosting your health generation and passing the time faster while sleeping. But the most important benefit is creating a spawn point. 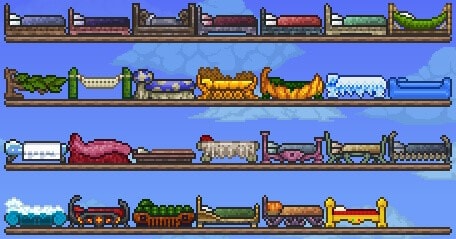 In Terraria, you would think that making a bed would be simple. The spawn point of Terraria is a vital part of every house and plays a major role in your character's development. Although making a bed technically isn't that difficult - all you need is wood and silk - you'll have to go through several steps to make one. In this article, you will learn how to make a bed in Terraria if you're not sure what to do.

Keep In Mind that there are plenty of different types of beds in Terraria. All of them serve the same purpose, and they only differ in aesthetics. So, we will only cover some popular beds and will let you know the steps that you need to follow to craft your favorite bed.

How to Make a Bed in Terraria?

It seems simple enough to make a simple bed at first glance. It requires 35 cobwebs and 15 pieces of wood. Terraria's crafting system can be difficult to understand. 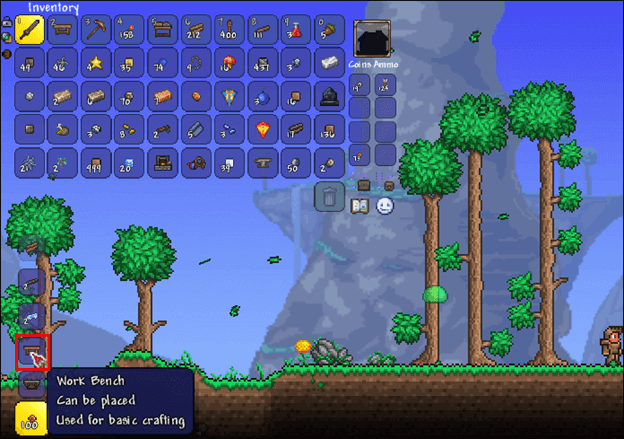 Having gathered all the necessary ingredients and completed the preparation steps, you can begin crafting: 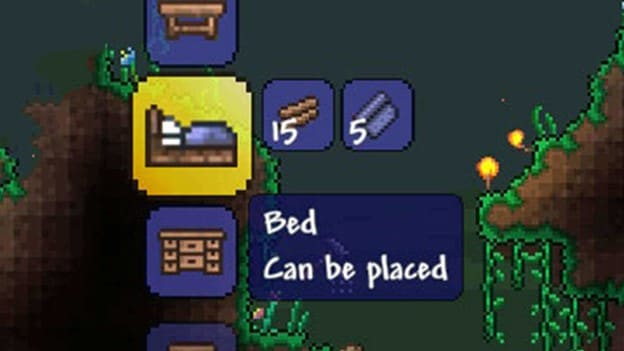 It is possible to change the appearance of your bed by using different types of wood, such as bamboo, cacti, or palmwood. This will not change the functionality of the bed.

How to Craft A Glass Bed?

It is possible to change the appearance of your bed by using different types of wood, such as bamboo, cacti, or palmwood. This will not change the functionality of the bed.

You will need another crafting station if you want to start melting glass into items, so you can make a bed. To make the Glass Kiln, you will need an anvil, 18 iron bars, and eight torches.

Making a bed doesn't differ significantly from the original formula. The bed will be prepared in the Kiln instead of the Sawmill, and 15 pieces of glass will be needed instead of wood. The crafting process will still require you to prepare five pieces of silk. It is a little shinier than the original simple bed.

How to Craft A Mushroom Bed?

Building a bed does not require expensive materials or wood. A mushroom bed is a viable alternative. In addition, you do not need a Sawmill to craft the mushroom bed but instead a Workbench.

When crafting an alternative bed type, there are no significant crafting savings since you still need silk, which requires a loom, which requires a sawmill. A mushroom bed can be made by gathering 15 mushrooms and the five silk mentioned earlier.

How to Craft A Slime Bed?

Once you've advanced through the game far enough so that you have found a King Slime, you can craft a slime bed. There is one crafting station that prepares slime-based furniture, the Solidifier, which requires 15 pieces of gel, but they aren't all that uncommon. Defeating the King Slime is the only way to obtain a Solidifier.

Once you defeat the King Slime, he’ll drop a fully-functioning Solidifier.

A solidifier must be used multiple times to craft a bed:

How to Make a Pumpkin Bed in Terraria

There's something interesting about the pumpkin bed that's different from the ordinary bed. It is necessary to farm and harvest pumpkins, but they can otherwise be found in grassy patches above ground during the Halloween season.

Buying seeds from the Dryad is the first step in starting a pumpkin farm. Plants take a while to grow to full maturity, so they are not particularly expensive.

Work Bench, 15 pumpkins, and five silk will be required to make a pumpkin bed.

How to Make a Golden Bed in Terraria

Due to the fact that you cannot craft golden beds, it is different from other bed types (but not completely unique). A Pirate Invasion is the only way to obtain an entire bed.

Due to the fact that a Pirate Invasion is a Hardmode event, the golden bed will only be available to players who have played through the event, set up a base, and defeated the Wall of Flesh boss.

It is possible to find a golden bed if you defeat the pirates during the raid. The golden bed is no different from a crafted bed in terms of functionality, but it represents an individual who has advanced in the game. Having one should make you feel proud.

In this article, we showed you how to make a bed in terraria. As told earlier, there are many different types of beds available. All beds have the same functionality. They only differ in their looks. It is upto you which type of bed you would like to have and which material you prefer. The process of making beds in terraria is almost the same. There is just a little difference in the crafting procedure of different beds.