Download on the App Store
Get it on Google Play
Download
Download
Call us: +1-60-4343-8521
Mon-Fri 6:00 PM to 11:00 AM Pacific Time
International phone rates may be charged by your service provider
Filmora Full Tutorial - Beginner to Pro
try free try free
Popular Video Tutorials
Up Next

An audio mixer can be helpful in many significant purposes and is called by several names. Either as a mixing board, mixing desk, mixing console, soundboard, or audio mixer, they are all used for the same goal, which is to manage either the recorded or live event. Also, as the name suggests, audio mixing involves mixing multiple sounds and consolidating them into one or more channels.

However, this process is necessary to enhance or manipulate the dynamics, panoramic position, source's volume level, and frequency content. Also, the primary aim of this creative and aesthetic treatment is to present the audio and make it appealing to the listeners. However, an audio mixer that is the best fit for your requirements is a hell of a daunting task.

What is an Audio Mixer?

An audio mixer is an electronic tool that helps channel incoming audio signals while maintaining control over effects like tonality, volume level, dynamics for music production, and placement. However, this device is called a soundboard, mixer, or mixing console in professional sound mixing. 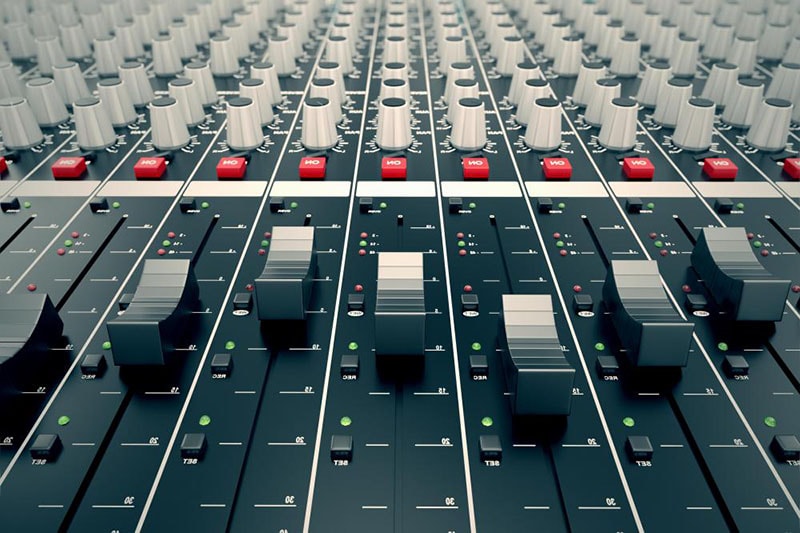 How to Create a Cinematic Video with Audio Mixer

We can edit audios and use the available properties to change how they sound.

Help Your Videos Explain the Smart Way with the Filmora Video Editor.