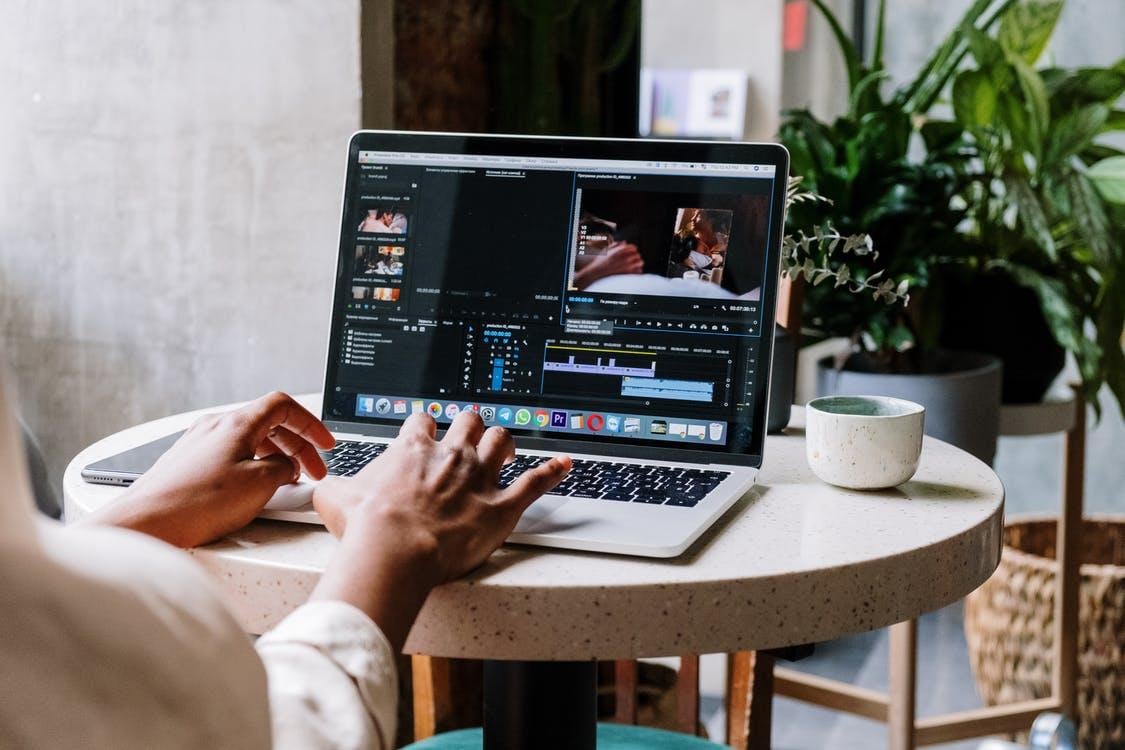 In terms of video editing, Adobe Premiere Pro is one of the most powerful applications on the market, and it's well-known for its versatility. Speeding up movies is one of the program's many features required for the insertion of special effects and transitions. A lot of ways are there for you to pick from while using premiere pro to speed up the film as desired. 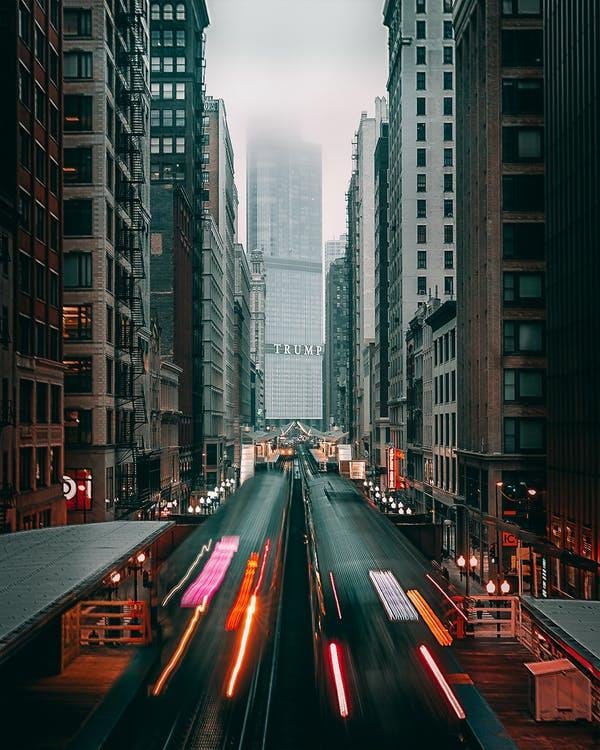 You can't overwrite or replace your media files by doing anything in Premiere Pro, which means that nothing you do will have an effect on your media files. The point remains: a copy of your project and all its media assets should always be kept on hand just in case.

Adobe Premiere Pro is an excellent editing tool in terms of its functionality and capabilities. Still, it has a steep hill to climb that makes it difficult for newbies and users without previous editing experience. To get the most out of Adobe Premiere Pro, one must thoroughly understand the product.

No need to worry, folks; as in this article, we will be looking at how we can alter premiere pro speed.

Fast Forward or Speed up Playback Speed in Premiere Pro

On analog editing systems, the speed of film could permanently be altered; but, because of the limitations of the technology, if you slowed anything down too much, the frame rate at which it was taken may become evident, and the image quality would begin to suffer as a consequence.

Adobe Premiere Pro is a feature-rich and professional video editor designed for the Macintosh platform. It has a variety of editing features built-in. Adobe Premiere Pro lets you change and control the speed at which movies are played back.

Premiere provides three choices for adjusting the tempo of a movie or speeding it up. We'll go over them one by one as we scroll down the page. 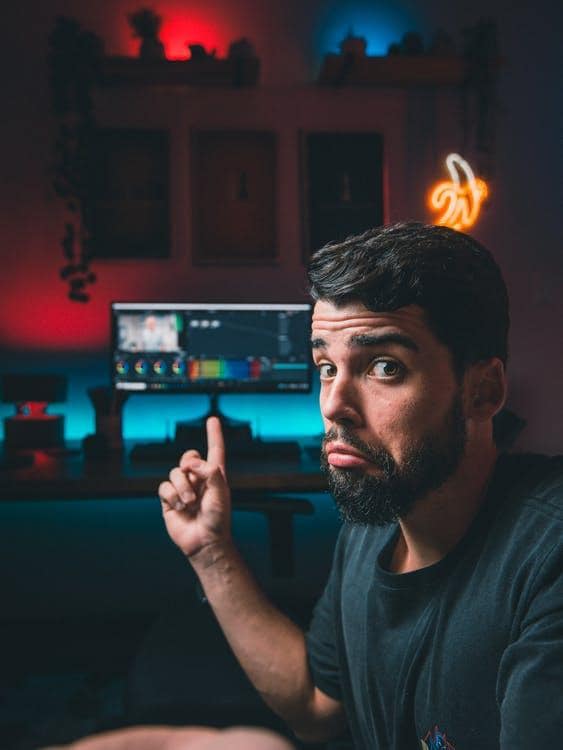 Adobe Premiere Pro has a Rate Stretch feature that lets you manually alter the movie's tempo by sliding the trim bar along the timeline. To utilize the Rate Stretch tool to speed up a video clip, you must first divide the movie into pieces.

Here's a quick method for altering the video speed so that it fits under the time limit:

In Adobe Premiere Pro, the time remapping tool is where you go to speed up a selected video section. With a video clip, this function may be utilized to create the illusion of speed and slowness.

The tooltip will show how long it has been since the change happened compared to the original speed. As the movie progresses, so does the speed at which it is shown, and the duration of the video fluctuates as well. The audio remains unaltered and tied to the video when using Time Remapping.

How to Slow Down A Video in Premiere Pro?

Now, let’s discuss how to slow down a video in premiere pro

A one-second video clip at 60 frames per second is an example of this situation. When the game is being played at a reasonable speed on any given platform or software, 60 frames will be shown. Because of this, each frame will take twice as long to play at a 0.5X slower pace.

To put it another way, you'd see 30 frames in a second that weren't repeated. A second has been added to the video's duration, which will now be 2 seconds instead of 1. There will be no deterioration in quality in this situation.

When you attempt to slow down a video by adjusting the frame rate, you are essentially eliminating frames from the video stream. This procedure will allow you to slow down a movie to your desired speed without sacrificing quality.

The remapping tool is a very common tool for creating slow-motion videos. It may be found in many video editing programs. It gives you the option of selecting a particular section of a video clip and then slowing down the video clip.

Why Is Premiere Pro Playback Fast?

If this issue arises in your program, you'll notice choppy playback, a character that speaks too rapidly, and audio that skips frames in the narration.

The multimedia editor Premiere Pro is one of the best currently available on the market. In addition to creating YouTube videos, feature films, music videos, and other sorts of content, many professionals turn to it.

It is said that Adobe Premiere Pro suffers from a playback issue. It has the ability to make the video creation process more complicated and demanding than it should be. Let me show you how to fix this easy error in just two simple steps. 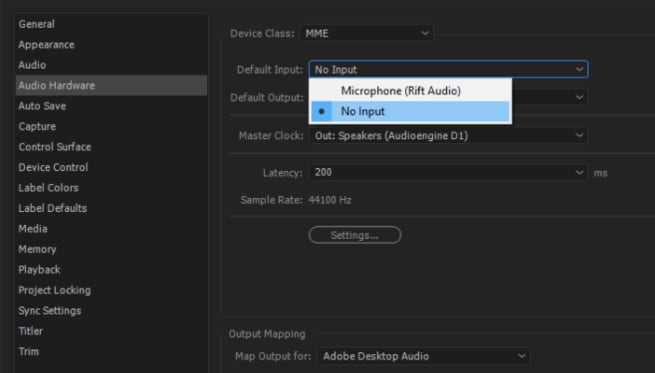 How can we Alter the speed of Videos in WonderShare Filmora?

What is Wondershare Filmora?

Wondershare Filmora is the best video editor for content creators who are just getting started and those who want to produce Hollywood-quality visuals and content without having to invest years in training and certification. WonderShare Filmora streamlines the video editing process through the use of intelligent, intuitive features that can automate repetitive tasks and save time.

Individuals can subscribe to WonderShare Filmora for a one-year fee of $68.98 per year. Filmora is well-known as a straightforward video editor designed for novice users and social media influencers who want to devote more time to their creative endeavors. A few new features have been added, and we can now create professional-looking videos without having to go through a lengthy learning curve.

Features that Stand Out

For both new and experienced film creators, WonderShare Filmora has been designed to offer a scalable environment. Even if you've never edited a movie before, you can start doing so right now.

Millions of Free Media to Choose From:

Over 10 million media files are available in the stock media library of WonderShare Filmora, making it easy for filmmakers to bring their visions to life. Speed ramping and auto beat sync are also included.

After the application is installed on your computer, the toolbar allows rapid access to all the program's capabilities. These features include media and audio files, titles, effects, split-screen formatting, components, transitions, and other elements.

For content producers who don't want to spend hours on video editing and instead want to concentrate on other areas of their work, WonderShare Filmora is the appropriate solution.

Use Animated Transitions to Bring Life into Your Videos:

Your video may get tedious if you repeatedly use the same frame. Animated transitions may be added to video and photo collages using the Split Screen feature. Using this feature, you may divide your screen into as many as six individual displays.

WonderShare Filmora's new speed ramping functionality is one of the most intriguing new additions. The speed of a video clip may be gradually increased or decreased with this tool, and the transition between the various speed levels is smooth.

Capture Every Scene with Ease:

Using a slew of cameras, skilled videographers may capture the same topic from a variety of vantage points. A single camera may be used in certain circumstances to record the whole scene and a close-up, while others may be used to capture a variety of views and expressions.

Automation at its Best:

With WonderShare Filmora, you don't have to manually synchronize the audio and video from many cameras, saving you time and effort.

Enhance Your Creativity with Masking:

Masking" is a new feature that is included in this version. Using a mask to combine different clips helps you to expand your creative horizons. You could get something fantastic, particularly if you use effects that are used in commercial ads."

Hundred’s of Themes to Choose from:

WonderShare Filmora has 115 video themes, including business, travel, vlogging, slideshows, and many more. It's possible to make a whole movie using Filmora AI by letting it figure out the best way to edit your video.

In short, the most popular features that it offers are:

How to speed up Playback in Filmora?

In Filmora, you can also modify the length of the video clip, which allows you to change the video speed.

For a "close up in time," the slow-motion effect may be the best choice, while the fast-forward effect may be used to make dramatic or humorous videos, depending on your tastes.

Filmora's user-friendly interface and simple editing capabilities have made it a popular choice for professionals throughout the globe. As a result, many people prefer it over alternative editing software. 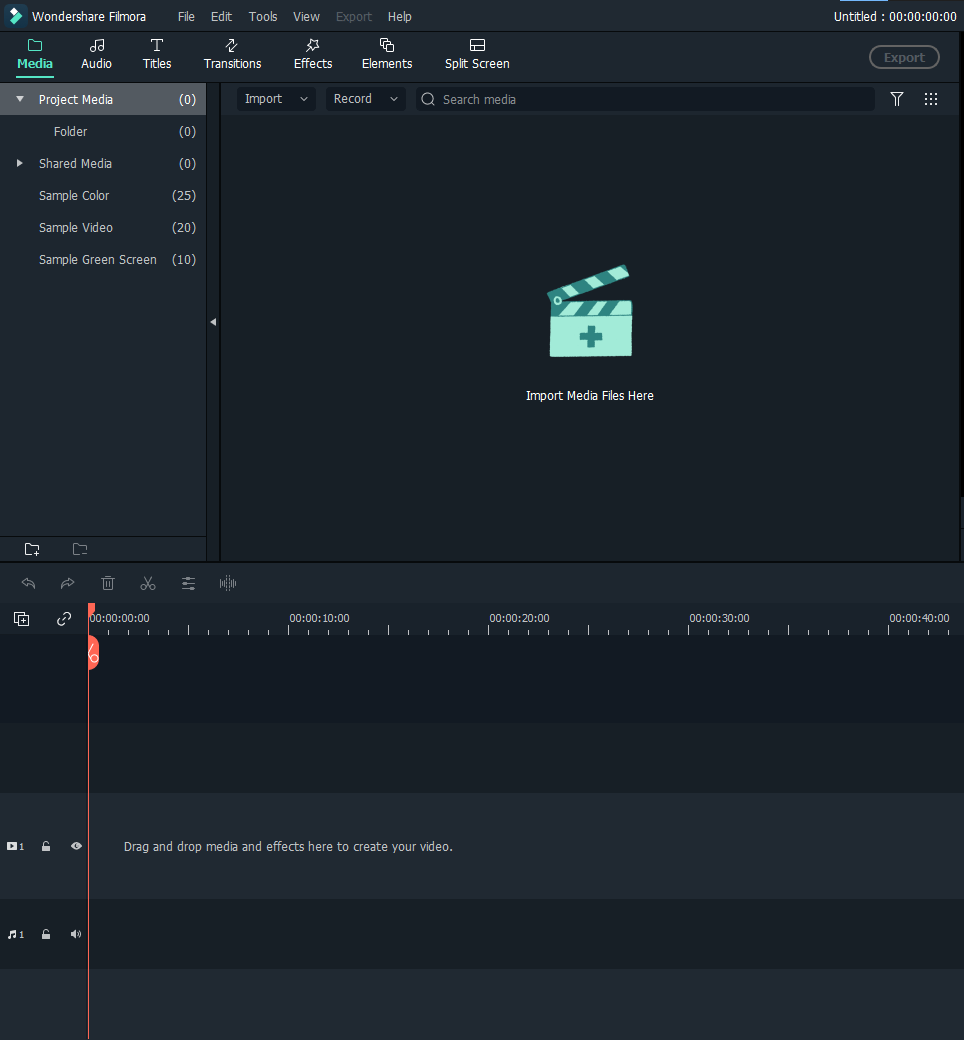 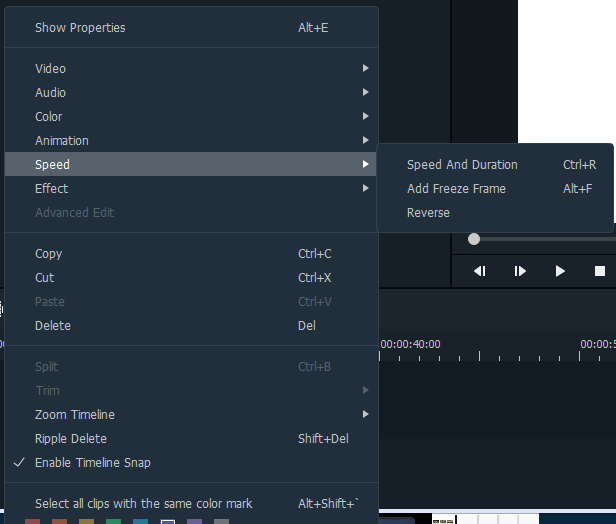 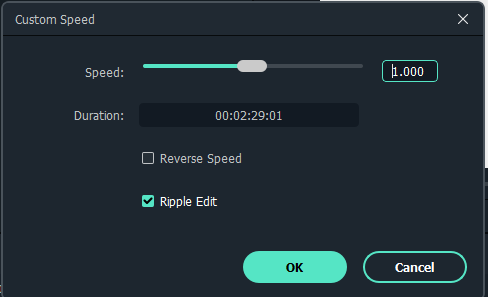 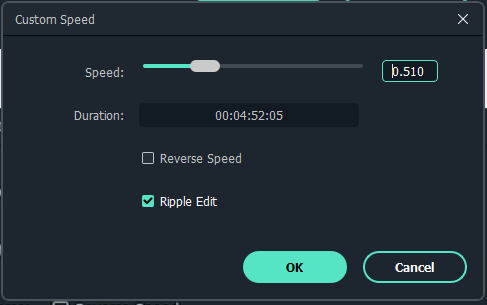 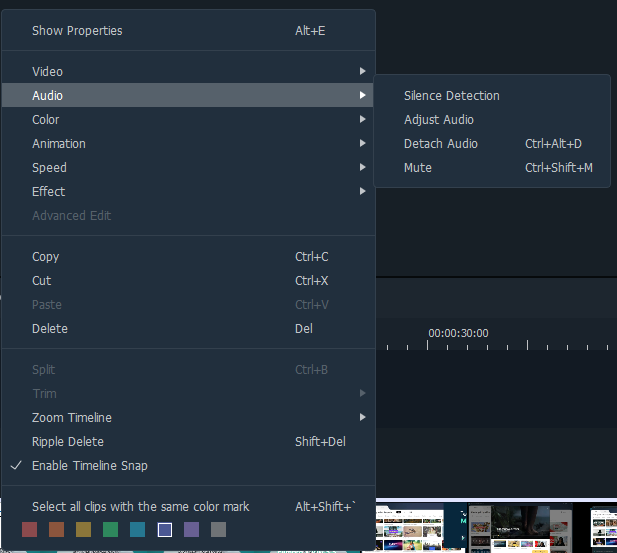 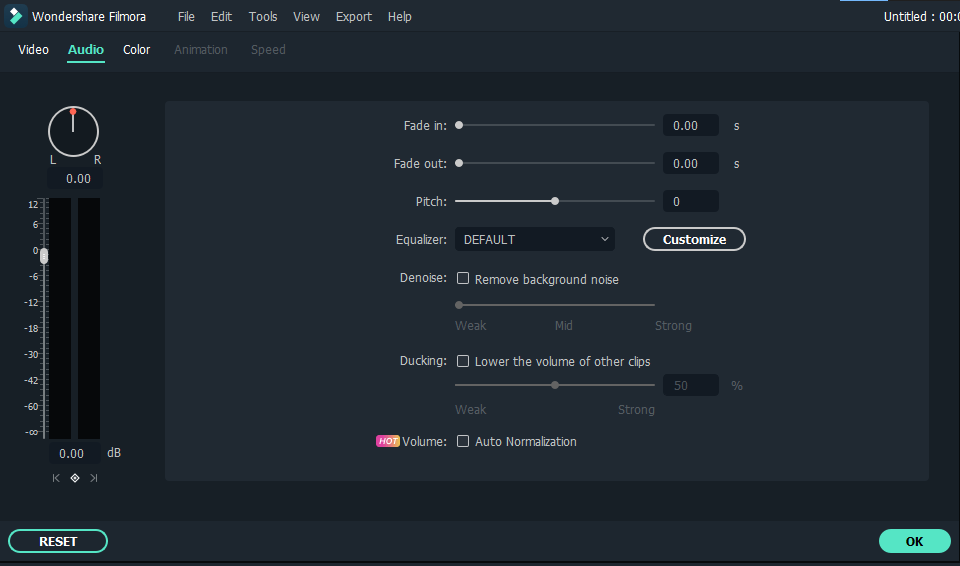 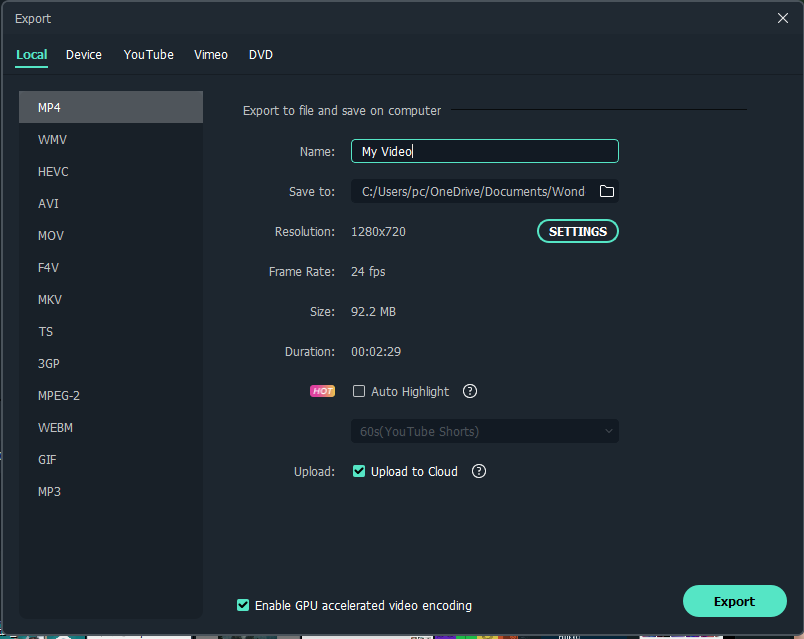 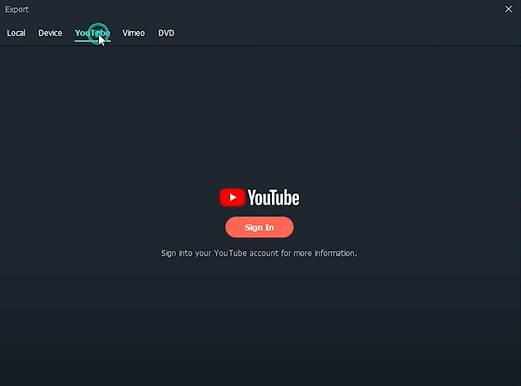 This tutorial looked at how to slow down a video in Premiere Pro using the Video Speed Controller plugin for Windows. It also emphasizes how Filmora may assist you in achieving your goal in a more efficient manner.

Aside from video effects like as rapid motion and slow motion, Filmora also allows you to do some simple and complex editing tasks such as rotating, reversing, chroma-keying, etc.

WonderShare Filmora is a substantial improvement and redesign of the previous Filmora Video Editor, released in 2008. One of the most endearing aspects of Filmora has always been that, although having a robust set of functions, the developers stayed committed to making the program essential in the design and straightforward to learn and use.

A large number of new features have been included in WonderShare Filmora to meet customer demand, and it has been necessary to incorporate access to those functions into the user interface as well.