Looking for an easy way to animate your text? Read this article for the best 3D Text Animation Templates available!

"Where is everyone getting their 3D Text Animation templates?"

To answer this request, we've compiled a guide that not only teaches you how to create things like 3D Spinning Text (After Effects) but also gives you an idea of where you can find the kind of resources (i.e., 3D Text Animation templates and presets) that you need to get a head start on your projects.

Before anything else, let's talk about text animation. Specifically, 3D Text Animation. The text that you're reading now, is 2D Text. It's static, and it lacks depth. It's just letters on a screen. Meanwhile, 3D Text is usually built for motion, and thus, it has volume and depth — it's almost tangible. Here's what that looks like: 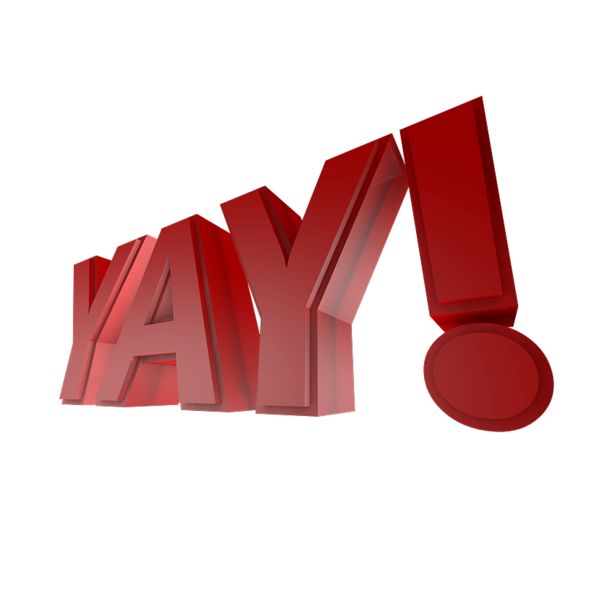 As you can see, even without actually moving, in the text shown in the image above, the potential for motion is there — it looks alive.

Now, you'll see 3D text like this often in movies or promotions. Usually in the form of extravagant title cards or 3D text logo animation. They're eye-catching, and because they're 3D, you can play with them as much as you want to really add drama to your creations.

Part 2 How Do I Make 3D Text in After Effects?

The first thing that you have to do, of course, is to add your text! To do this, go to the 'Tools' panel, select the Type tool, and then select the 'Composition' panel. The composition is where you type your text!

With After Effects, you also have the following options:

And so on! Once you're done with your text composition, it will be generated by After Effects into a layer that you can adjust as needed in the next steps. 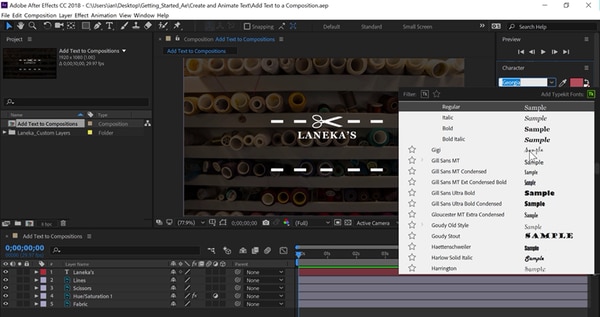 With your text now in a layer that you can add animations to… you've practically done a third of the job! Or even more than that if you decide to use the animation presets that are provided by After Effects.

These can be found by selecting 'Browse Presets…' on the 'Animation' tab (shown in the image below.) All you need to apply them is to drag and drop them onto your text layer.

Note: The first keyframe of this built-in text animation will be applied at the location of the Current Time Indicator (CTI), so make sure that you've adjusted that accordingly. 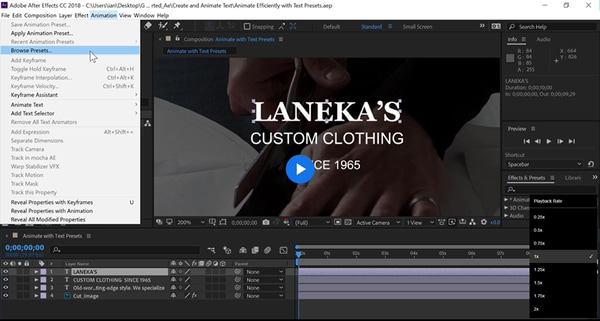 If you'd like to personalize your text animation, After Effects does also give you the option to animate per character (or, per letter, in this case.)

This will give you more control over how you decided to animate your text. Of course, it does mean that it is slightly more complicated as well.

● To animate text per layer, select 'animate' on that layer and choose a parameter to start working on animations for.

● You'll be able to previous (or scrub) through your animations in order to see if they are doing what you need them to do.

● You can also remove applied parameters in order to re-work your animation. 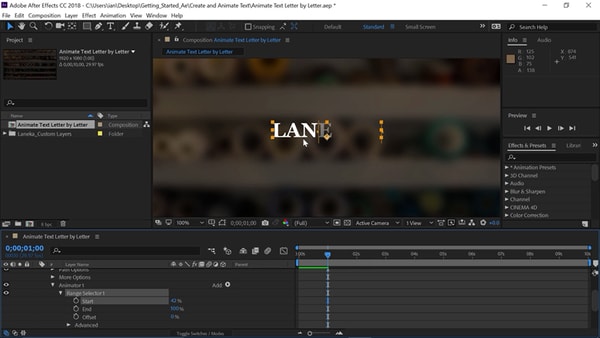 If you really want to make your 3D Animation Text pop, Adobe After Effects also offers the tools needed to add Graphic Elements to your composition — which can be found at the top-most toolbar! 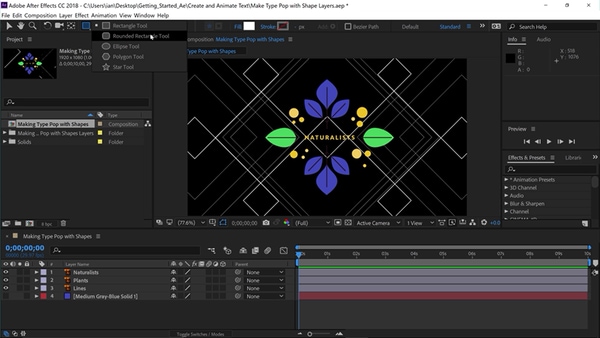 Now, as promised, we're also going to be introducing a couple of 3D text animation templates that you can try out for your own projects! Each template will have a link that you can go to in order to see what it looks like, as well as an explanation on how you can use it for your projects in the future!

The first Text Animation Template on our list is the "Logo Light Bulb" 3D Animation from Envato Elements. This one literally glows people! Making it perfect for a quirky, and yet still very impressive Title Card or Logo. Its design is very realistic, and you can also control how it flickers! For example, turning the bulbs on certain characters first, or turning them all off at once in the end.

This next 3D Animation template is also from Envato Market. And, just like the first, it makes for quite the dramatic Title Card or Logo. With this template, your Text can literally zoom in to view while looking its best and sparkiest in High-Chrome.

Our next pick, the 3D Metallic text animation is another great one for those who are looking for something flashy — something that gives off the impression of being impressive right from the gate. Compared to the previous text animation template, this one has a more rugged kind of appearance. Perfect for those looking to promote something more fun rather than professional.

The next one is a little less 'impressive' — in the sense that it isn't as in your face as the other 3D animation templates that we've introduced thus far. And that's exactly why the 3D Text Box Animation Pack deserves to be on this list! Its 3D spinning text (after effects) elements are very usable — in that it can work for a variety of individuals and styles. It has a more professional look as well. Making it perfect for corporations.

This next one, the 3D Text & Logo Boxes pack is particularly perfect for 3D logos. The pack gives you several options for box size as well as text parameters. So, you can design your animated 3D Logo however you want and use it for future projects to give them even more dimension than before.

Our next pick, which is the 'Light Bulb Kit' also from Envato, is very similar to the first item on our list — in that it features text lit up by lightbulbs. However, it lends an extra bit of photo-realism to it. Less sparkle and more grain — which may exactly be what you want for your new title card or logo.

The 3D Text Templates is a very bright and pop-y template that is perfect for creating eye-catching promotions and advertisements. It's very simple to use, which, again, maybe exactly what you want. Literally, the template will ask you to choose your own text and change the colors to suit that of your own brand, then you're done!

The '3D Text Shapes Logo Reveal' template is a pack of 3D text animations that you can use in order to add a little spin to your logo reveals (quite literally, in some cases!) It has a lot of personality to it, and a certain tech-y or science-y feel that would make it perfect for anyone looking for something more technical.

The 'Bold Titles' template is very loud and proud. But it has a bit of a retro-vibe to it as well. Making it stand out from some of the more minimalistic modern text animation styles that you see these days.

Looking for something simple and professional? Then the 'Wave 3D Logo & Text' template may just be the one for you. We put it last on this list, but it's actually quite a strong contender. One that just about anyone (for just about any type of project they're working on), should be able to get some use out of.

● 3D Text Animation is the practice of bringing text to life! It gives dimension, depth, and, even, movement into what are usually very static properties!

● You see a lot of 3D Text Animation in big pictures these days. And you can start creating your own with the use of Adobe After Effects — a VFX and Motion Graphics Software that a lot of professionals use for their own text animation.

● Of course, if you don't have the kind of time to create your own 3D Text Animations from scratch, you can always use templates instead! There are hundreds (if not thousands) of them available out there. It should be simple enough to find one that fits the kind of vibe you're looking for.

● SECRET TIP! If you're looking for an all-in-one kind of solution, you might want to consider Filmora Pro. It's a video editor, first and foremost, but that's not all it is — you can be using it today to start creating your own 3D Text Animations!