Want to learn the basics of animation rigging? Read this article to learn more!

To help them out (as well as other animation rigging beginners) I decided to compile some of the most popular tips on the subject in this article!

01 The Only Guide You'll Ever Need to Know About Rigging in Animation
02 How Do You Animate Rigging?

Before anything else, we’ve prepared a bit of an OVERVIEW on rigging in animation. This will cover most of the basic, need-to-know stuff to nudge you in the right direction and help the tips we’ve prepared to settle in more easily.

01What is Rigging in Animation

Rigging in animation is a technique used by animators to—quite literally—‘rig’ up a statistic digital character to act or move.

Even more simply, it’s a way of bringing literal life to your character models by introducing them to motion. The ‘rig’ in this case, is usually made as a sort of one-size-fits-all kind of tool, which you can use in order to create pre-made skeletal animations that replicate motions like walking, running, jumping, etc., and apply onto static characters. You can use animation software, like Maya in order to get this done!

02An Introduction to 2D Animation Rigging

2D animation is a more back-breaking kind of process. It’s what you see in a lot of older animations — where every frame needs to be drawn in order to allow for the illusion of motion in characters. This is how classics, like Mickey Mouse, are usually produced!

03An Introduction to 3D Animation Rigging

3D animation, as you can probably guess, is a more modern animation style. You see it in a lot of big blockbuster animated movies these days! Even Disney has since moved onto this style, whereas they were staunch supporters of 2D animation in previous decades. Now, a lot of their major productions, including titles such as “Tangled”, “Frozen”, and “Moana” are 3D animated.

In any case, this is more like what we described earlier — where skeletal ‘rigs’ are applied to static 3D character models to make them move.

Finally, to make sure that you’re headed in the right direction, here’s a list of some of the more important 3D rigging terms that you’ll need to know:

Joints|Bones: This is pretty straightforward, but the Joints or the Bones, in this case, refers to the pieces of the skeletal rig that is used to create movement.

Driven Keys: Driven keys are there to help rigging artists make the movement appear more natural faster. It consists of two parts, the driver (which controls the animation) and the driven (the parts controlled by the driver).

Blend Shapes: This is an animation tool that riggers used mainly for facial animation (like lip-syncing). Basically, it allows them to blend or morph an existing shape to give it motion.

Inverse Kinematics: This is a method of animation that separates a part from the whole. Like how an animator can create motion in the wrist, for example, as a separate entity from the arm.

Forward Kinematics: Opposite of the previous style, this one is a method that follows a hierarchical progression.

Control Curves: This is a way of manipulating multiple joins in a rig in order to create one flowing movement.

Constraint: A way of limiting the positioning of a model or a joint.

Deformers: A way of enhancing rigs to produce a more organic model.

Skinning: This is the process of adding the 3D mesh to the joints.

Weight Planning: This is the process of planning how the weight of an object will affect its 3D mesh and the movement of its joints.

Facial Rigging: This is the process of setting up facial animation, similar to how you set up skeletal animation, but far more complex.

Part 2 How Do You Animate Rigging?

Now, onto actually talking about how you can start animate rigging. This section will guide you through the process in a way that should hopefully help you while in the process of learning about animation in general.

01How to Rig a Simple Character

This has been broken down into four distinct stages to make things as simple as possible! It won’t be discussing the tools you use, as there are plenty of tools you can use for animation, just the general process: 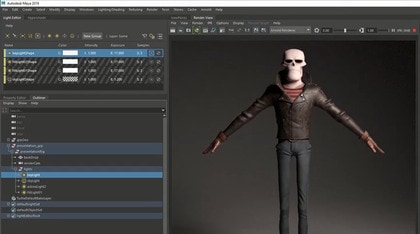 Before you even think about animation, you should start with designing your character (or characters.) This will give you a good basis on what kind of animation rigging you’ll need to work on for that character.

For example, for a humanoid character, a general skeletal rigging might be okay. However, for a creature or monster, their joints might be in different areas or they might even have additional joints regular human rigs don’t have!

So, start with a foundation that you can work from to make things easier on yourself. 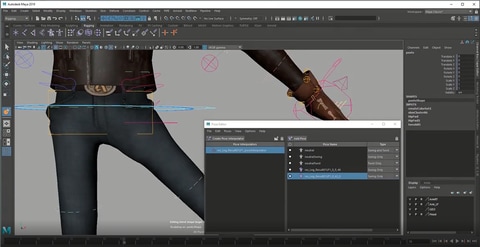 When you have your character design ready, it’s time to start rigging joints! It’s best to start with the joints and leave the more finicky parts later. Basically, it’s always easier to start with the parts that can create big movements first!

Working on things layer by layer should help make things easier for you as well.

It’s time to put everything together to create smooth movement! Depending on what tool you’re using, this is usually just as easy as dragging things into place. 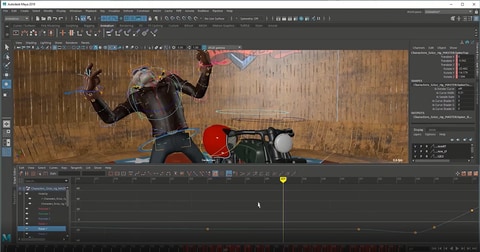 With the rig in place, the next thing you have to worry about is frame timing. Timing is important for ensuring that there is no break in character motions

This one is a little more complicated, and should be improved more by trial and error, but here are a couple of tips that you can follow along with while exploring blend shapes in animation:

Master your sculpting tools first and foremost! The more familiar you are with the shapes that your tools can create, the better!

Symmetrical modeling is one way of making the process go a lot faster! Take advantage of this option to highlight components that you need to be affected in the same way and at the same time.

If symmetrical modeling is not working for you, independent modeling is a great way of making things appear more organic.

Auto-rigging is the use of pre-made rigs in order to simplify the process. The tool automatically maps the areas where the characters and the rig are given the same symbol names and snaps them together to create joints for a motion to be applied.

Visual mapping is a lot more complicated the auto-rig mapping, so it’s not something you want to jump into immediately. However, it is a must for animation riggers that work with unique character models. The process usually goes as follows:

Applying the skeleton to the rig to complete bones and connections.

Motion can then be added to the timeline.

To finish us off, let’s talk about how you go about publishing your finished product! Of course, even after you have your complex rig completed, there are still other matters to think about in terms of making sure that the video is of quality!

● Start off on the right footing by learning the basics of animation! These days, there are more options than ever, with the modern 3D animation rigging style now just as popular as the more classic 2D animation style.

● The best way to learn animation rigging is to practice! Structured guides can help you get to the point of almost mastery, but it’s not until you start playing with the tools of your craft that you can truly learn how to create beautiful animations!

● Some of the more complex functions of rigging require a lot of patience, so make sure that you always go into your projects with a level-head. And, just to be sure, invest in tools that will help rather than hinder your progress! There are many advanced software out there that can help you improve more easily.