Cartoon painting is slowly becoming popular due to its many benefits, especially easy cartoon canvas painting. For instance, it is pretty eye-grabbing, especially if your audience is children.

Thanks to the animation aspect, it has become relatively cheap to do advertisements with cartoons instead of real people.

01 What Are Good Cartoons to Draw?
02 How Do You Draw a Cartoon Character for Beginners?
03 Is There Anything else You Can Do to Draw Cartoons More Quickly?

Part 1 What Are Good Cartoons to Draw?

As far as good cartoons are concerned, expect about 5 popular types. These cartoons to draw include:

They are the most suitable cartoons to draw when portraying particular ideas directly and simply.

The cartoons are primarily used in advertisements, teaching aids, and explaining stories. They also have text that explains them further.

It explains why they are common in school books, making them perfect for explaining content or subject. 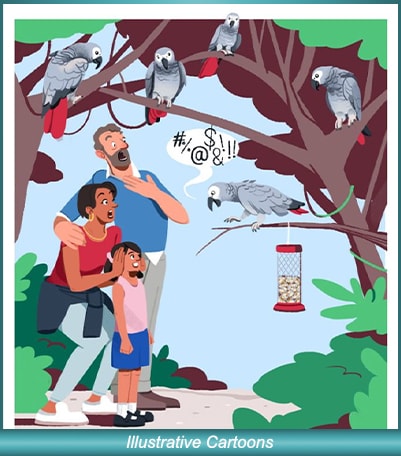 It is important to note that these cartoons are drawn using computers despite looking as if they are hand-drawn. One thing that makes them stand out is that they seem to be in action and movement.

As much as that's how they seem from the viewer's perspective, that's far from the truth. They are just drawn in series, and since the first one will differ from the second one, there is that illusion of movement created. 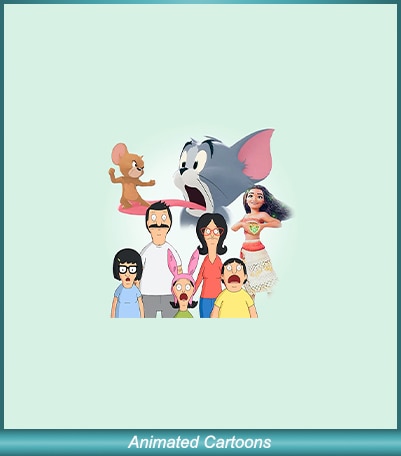 In most cases, these are regular features characterized by established or known characters and usually displayed in newspapers.

Just like the animated cartoons, they are showcased in series to tell or illustrate a story. The series of panels have words said by the various characters.

The words are usually in balloons, and a single comic strip may cover a single or double page of a newspaper. 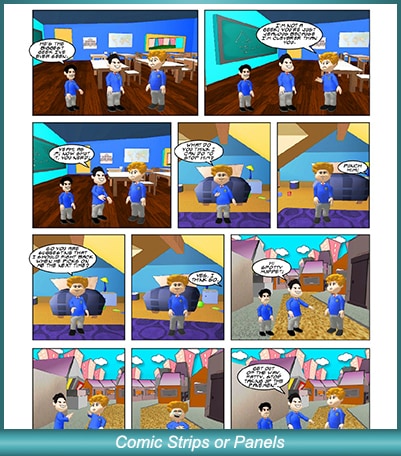 As the name gag suggests, these cartoons revolve around jokes. These single-paneled cartoons often make fun of human beings.

Through overstatements, humor resonates from what is drawn. They can either serve as entertainment or point out, if not make fun of, people, especially their mistakes and faults. Besides the cartoon, expect a caption that's often a single sentence. 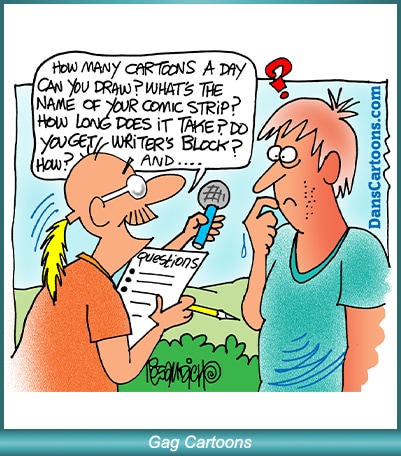 These cartoons are also made for the newspapers. Expect them to be a single drawing on an editorial page. It sheds more light on a particular newspaper's editorial comment.

As much as some have captions, that's not always the case. Just like the gag cartoons, they ridicule people, but the editorial ones focus on celebrities. 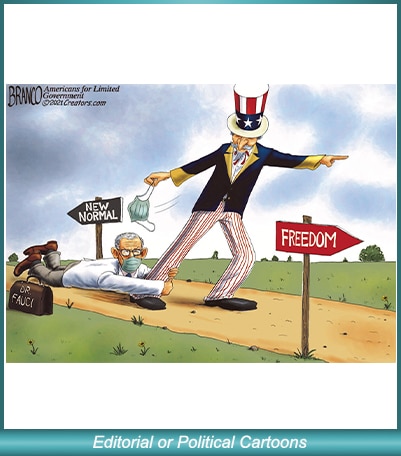 Part 2 How Do You Draw a Cartoon Character for Beginners?

Even cartoon painting experts were once beginners. So, feel encouraged because you stand a chance also to become an expert in the long run. All you need to do is take the first step. Fortunately, we are here to hold your hand as you do so. So. Without further ado, let's get started.

01 Cartoon Painting of a Young Character

These are the steps you need to follow when doing so:

Step 1Start with the face.

The face is significant, especially when it comes to cartoon painting. It has complex as well as simple parts. For example, the face itself is pretty basic since you will need to begin with a circle.

After that, draw a horizontal and vertical line and ensure that they intersect in the middle. 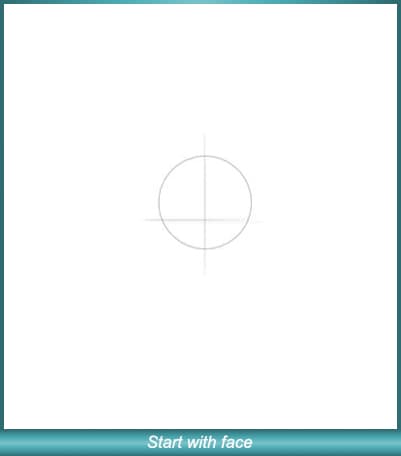 Step 2Draw the eyes by drawing

Draw the eyes by drawing an oval and ensuring that the top side is slightly tilting to the side.

Do the same thing on the other side since the norm is a pair of eyes. The gap between the two should also be sensible. 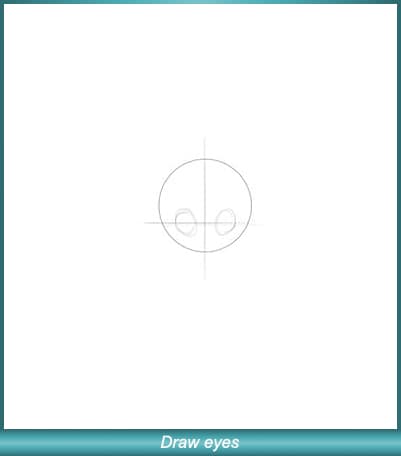 On the upper side of the eye, ensure that the lines are slightly thick. The eyebrows also need to be placed above the eyes, slightly above the thick line representing the eyelashes. 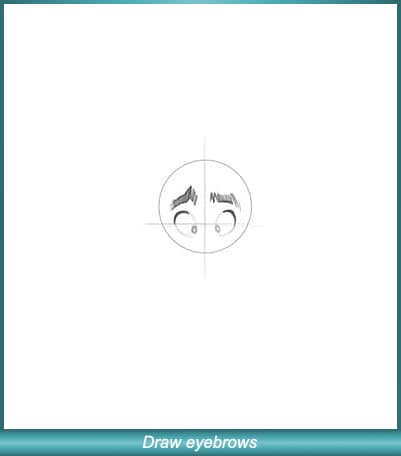 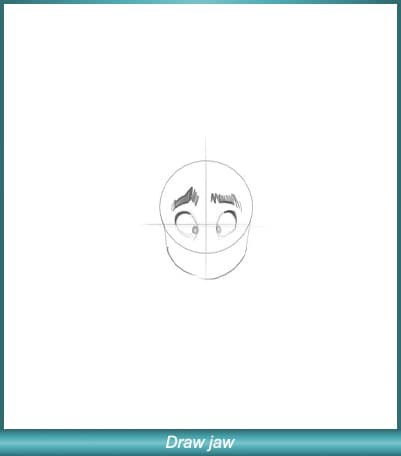 Design the nose and ensure that you don't put many details. The good thing about the nose is that a tip is enough to serve the purpose. Another common approach when drawing the nose is doing so as if you are viewing it from the side. 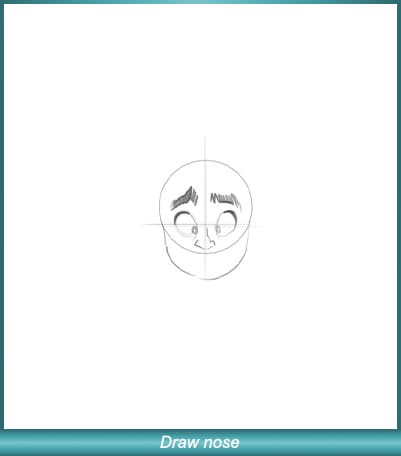 Next, draw the mouth and consider the age of your character as you do so. If it is a child, despite the gender, stick to simplicity. You should also avoid drawing the lips. Preferably, go for the good, expressive trace since it never disappoints. 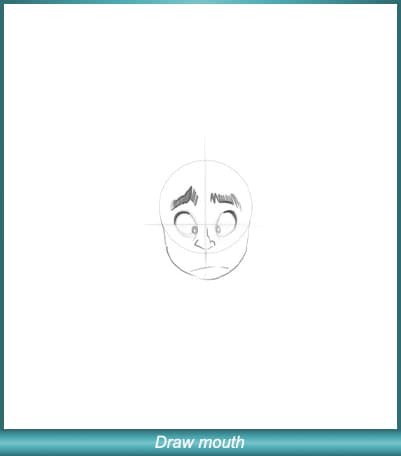 Proceed to the ears and in relation to whether the character is facing the camera or not. If your character is looking at the camera, you should see the front side view. Therefore, it won't make sense to display the internal cavities in this case. 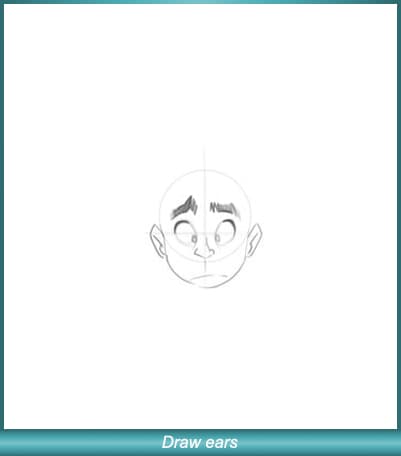 Proceed to the ears and in relation to whether the character is facing the camera or not. If your character is looking at the camera, you should see the front side view. Therefore, it won't make sense to display the internal cavities in this case.

As scary as it may look, you need not be an expert to make the haircut look perfect. Additionally, there is no constant way of drawing the haircut, and you are at liberty to practice as much creativity as possible.

Nevertheless, please don't take it lightly since it can be quite descriptive. For instance, the hair is used to tell the personality of a character. Practice makes perfect, and you better keep doing it until you get it right. Ensure that what you draw shows the age and character of the cartoons to draw as perfectly as possible.

So far, our focus has been on a young character. However, that's not always the case explaining why we will look at a cartoon painting of an old character. 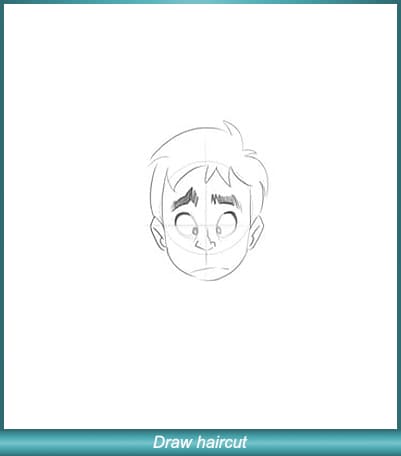 02 Cartoon Paintings of an Old Character

If you want your character to look old, this is the way to go:

The face is no different from that of a young character. Start with the eyes and add their pupils, eyebrows and don't forget to add wrinkles.

Since the character is old compared to the previous one, ensure that the eyebrows are thick. They should occupy more space of the forehead. 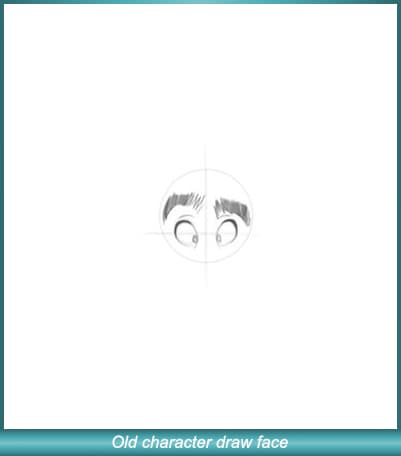 Make the chin longer too. 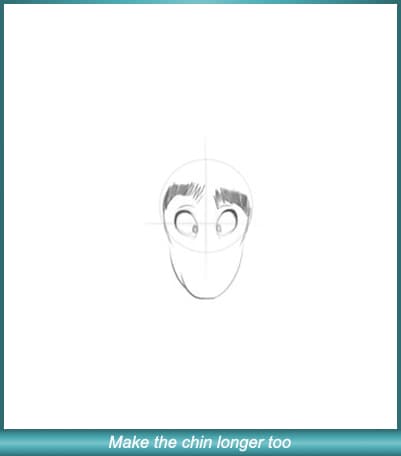 Ensure that the nose design looks wider and larger since the character is old. To achieve that, make the nose look close to the eyes 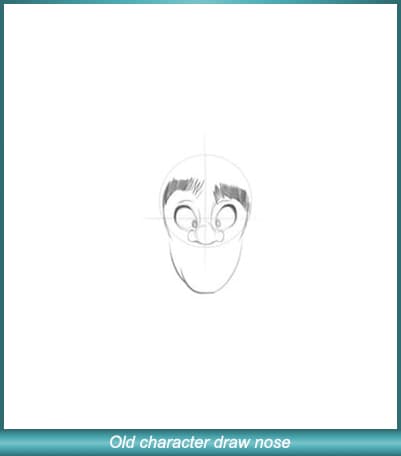 Skip the mouth bit and instead go for a big, exaggerated mustache. That's one common characteristic of an old character, especially male. 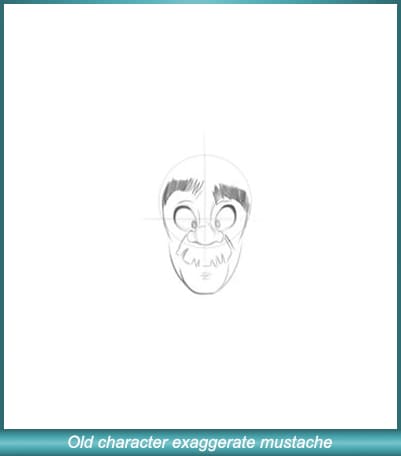 When it comes to hair, bald and side hair will play the trick perfectly. The nose is no different from that of a young character. 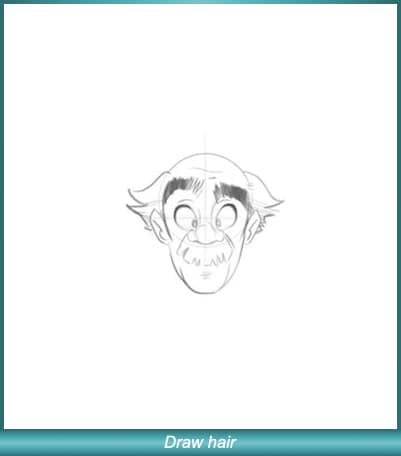 03 Cartoon Painting of a Female Character

So far, our focus has been on a male character. So, what do you do if you want to create a female one instead? These are some of the steps to follow as you do so.

The procedure is not that different. However, consider that women's facial structures are more delicate than those of their male counterparts. Some of the things that stand out include long hair, a small nose, a thin chin, thin eyebrows, and large, expressive eyelashes. Large pupils will also do, especially if you are good at drawing. 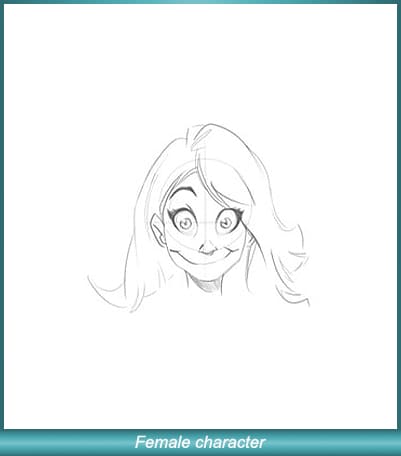 ● There are five major types of cartoons to draw, animation, editorial, gag, illustrative and comic strips.

● Cartoon painting is not that hard, especially if you have a guide on how to go about it.

● If that turns out to be difficult, you can always go for the Filmora pro.