We are as excited as you as we bring to you a few of the best drawing tutorials!

Sketching is one of the most popular art forms. Sketching can be done for real-life people or celebrities or we can also make sketches of imaginary characters and cartoons. Sketching is generally made of pencil and does not involve the usage of colors. 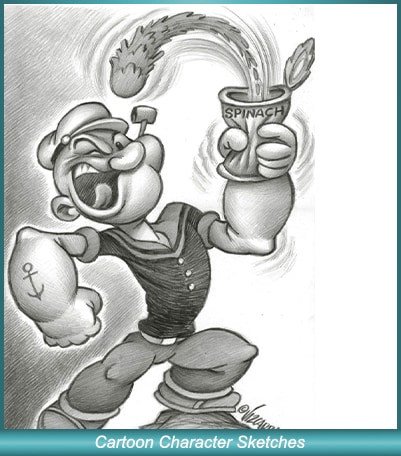 Cartoon characters can be made with color to make them more attractive. This is another popular form of art that cartoonists follow. You can explore several methods of coloring and try making your cartoon colorful. 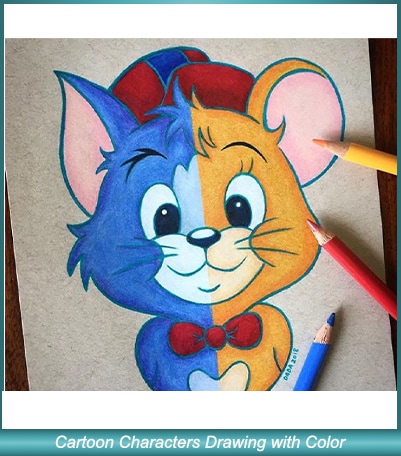 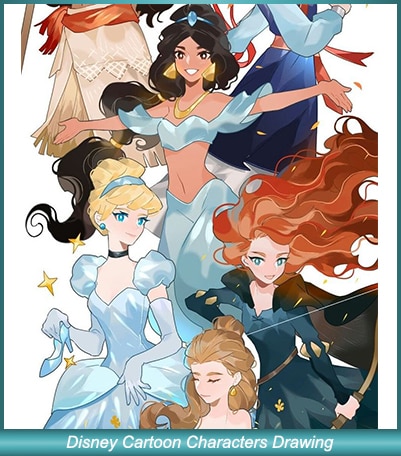 ● The oval-shaped head is easy to draw since it is not very detailed.

● The character does not have any hair, hair is one of the more difficult parts to draw.

● If you are a first-timer, then you may find it challenging to draw fingers and the toes.

● Getting the weird alien head shape might be a little difficult and may take you a few attempts.

● Making the two eyes exactly similar to each other may be challenging for a few of you.

● The character generally has geometrical shapes and hence you can use shape tracers to draw a few parts.

● The appealing appearance of the character makes it interesting to draw.

● The eyes are not very difficult to recreate.

● The eyes are not very difficult to recreate.

● The shape of the mouth and the tongue that is sticking out is slightly complex.

● Perfecting the shape of the hair is a little challenging.

● We recommend you to try this character out mainly because of its uniqueness.

● The eyes are not very complicated to draw.

● The body resembles a stick image and is hence simple to draw.

● The shape of the crown needs to be perfect, especially because of the tilt the crown has.

● The fingers are challenging to draw.

● The hair has a distinct shape, this shape needs to come out perfectly.

● Firstly, it's one of the most favorite cartoons, hence it will ensure to keep you interested in the drawing.

● The hands and legs resemble stick figures and are simple to draw.

● The body structure is simple.

● Drawing a cartoon animal instead of a human being might be intriguing for beginners.

● The large eyes, which is one of the characteristic features needs to be perfect.

● The design of the ears is the trickiest part and could be difficult to draw.

When we think of cartoons, the first few names that probably come to our mind are tom and jerry. This duo of a grumpy cat and a mysterious mouse has left an everlasting impact on the world of cartoons. The duo is famous throughout the world and is loved throughout age groups

Why do we recommend you to try your hands on this?

● This is a classic cartoon that almost everyone loves.

● There are several resources on the internet to help you draw the cartoon characters.

● The characters need not be perfect, even a close resemblance to them would be sufficient for the viewers to identify them due to their fame.

● You need to be careful with the proportion of sizes of tom and jerry.

● The structures of tom and jerry are not very simple to draw.

Catdog is another very interesting character. Who'd have imagined a cat and a dog morphed in a single body? Well, imagination has no end to it as they say! Catdog is a yellow cat and dog in a single body, it looks cute and at the same time intriguing.

Why do we recommend you try your hands on this?

● The cartoon character is mainly composed of geometrical shapes.

● The character is vividly colorful.

● The character is illusional, you might have difficulty while deciding how to even look at it.

● The cat and dog faces are not very different from each other and have minute differences while drawing you need to be careful about having a distinct difference between the two faces.

Now that we've taken our baby steps towards understanding the art of drawing cartoons.

● That's a lot of knowledge for today, isn't it? Today we've seen the basics of drawing cartoon characters.

● We also got our hands dirty by exploring a few easy cartoon characters that you could draw.

● Further, we saw the basic steps that you would need to take in order to draw the face of any cartoon character! All in all, we learned everything we needed to know to draw our first cartoon! What are you waiting for? Go try out drawing your first cartoon today!