Blender is a FREE, open-source 3D Animation program that is very popular for beginner animators. It's a good way of starting if you're not yet sure about how far you want to go into animation as it won't demand any immediate monetary commitment.

Now, as for its features, today, we'll be focusing on Blender Rigging features.

Part 1 Why Use Blender Rigging?

Blender Character Rigging is a great way of creating truly beautiful and realistic animations. Despite being an open-source program, it's capable of doing just as much, if not more, than some of the more premium Animation software out there.

So, if you want to create video projects for your audience's entertainment or edification with animation, then Blender Rigging is definitely something that you should consider. With this tool, you can create the complex animations that you need and then polish it up in a video editor like Wondershare Filmora Video Editor (which is a premium, video-editing tool that you can use to perfect your finished Blender Rigging animations.) 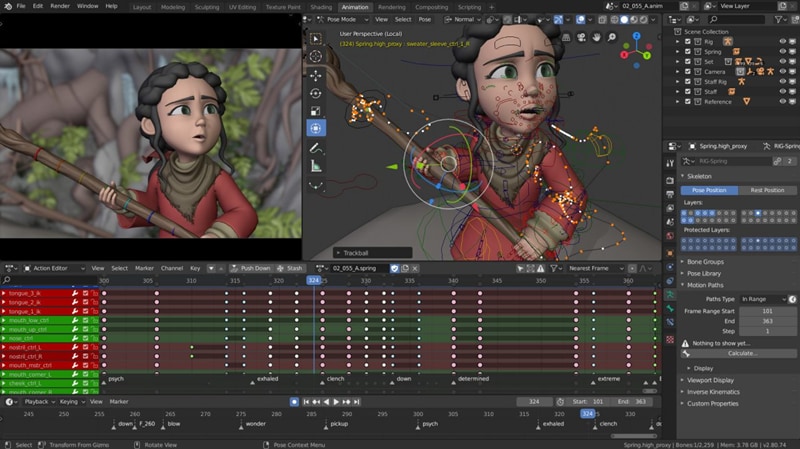 Part 2 The Art of Effective Rigging in Blender [TUTORIAL]

For this next section, we're going to be introducing a couple of tutorials that you can look into to teach you more about Blender Character Rigging, Blender Facial Rigging, Blender Muscle Rig, and so on.

These topics are each very long-winded on their own though, so we've linked appropriate video tutorials that you can learn more and reserved ourselves to a brief description of each technique so that you can determine whether it's something that interests you (although, of course, our recommendation is that you check each one out so that you can get the full ‘Blender' experience.)

The main thing people usually look at Blender for is, Blender Character Rigging. And, because it was created to emulate professional animation software, Blender has this function down to pat. To give you an idea of what features you can expect: Blender comes with custom bone shapes for easy Blender character rigging, it also comes with envelope skinny, skeleton skinning, and automatic skinning. With these alone, you can be assured that you will be able to create complex animations without much trouble.

Facial Rigging is usually a more complex subject that is avoided by animators without much experience. But, with Blender, facial rigging is possible. The YouTube video should show you the process of going about Blender Facial Rigging from start to finish (from sculpting the character face itself and then making use of Blender Rigging tools for setting up a skeletal structure for your face's character to become animated.)

Creating a Blender Muscle Rig is exactly what it sounds like. It is, of course, much more complicated than normal rigging, but it is a good subject to familiarize yourself with anyway, as it will allow you to go to the ‘next stage' as you say, with your Animations. The video that we've attached is from Pierrick Picaut, who has released a series of videos on the subject of Blender Rigging in general and has extensively explained how to create a Blender Human Rig from the general body, the face, the muscles, and so on.

Although a lot of Animation relies on more ‘traditional' methods of expressing movement, one can still make use of more modern animation practices, like rigs, to set up their animations for movement. It's an especially good skill to learn if you're more interested in content-friendly animations (rather than creating a film of your own.)

This next tutorial is an introduction to basic Blender Rigging. It's a good one to both start and end on, as it was created for beginners specifically, and uses an example that is perhaps easier to understand most. Make sure to give it a shot just in case.

For this next part, we introduce two other resources that you can take advantage of to learn more about Blender Rigging. Whether it be about Blender character rigging, Blender facial rigging, free blender rigs, creating muscle rigs, and so and so forth. These resources have got your back.

01Where to Learn the Course?

The first major course that we think you might be interested in is Mark Masters' blender rigging course. You can find this course at PluralSight (which is a website that is focused on helping users of software develop their skills). Mark Masters, the instructor for this course, is a professional animator and works as a Animator for the animation studio, Steelhouse Productions. So, you can be sure that there is much that you can learn from him. 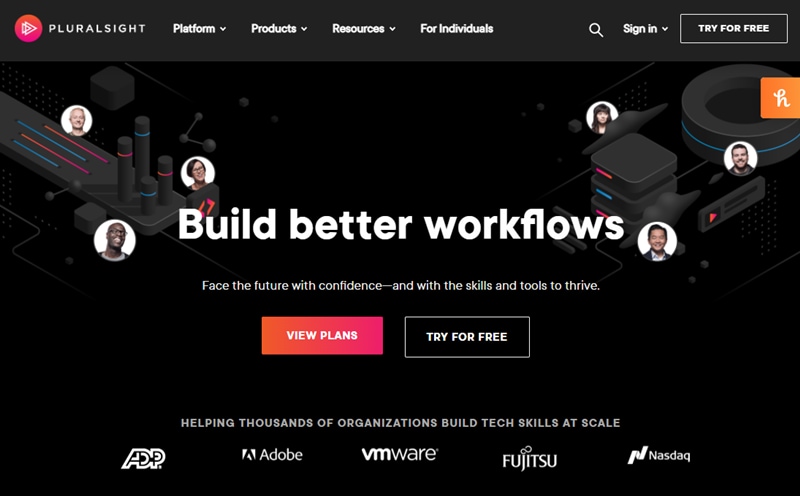 02Other Tools to Learn Rigging 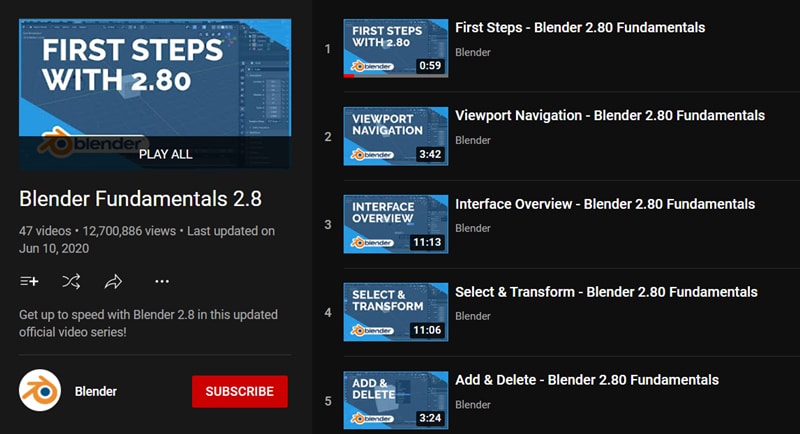 ● If you're interested in trying out blender rigging yourself, you'll probably want to study the subject a little before beginning.

● Blender Rigging is quite a complex subject for beginners but having something to start with should help you on your way.

● For that, we recommend checking out the videos that we mentioned in section two of this article, where we recommend some popular tutorials regarding some of the more common Blender Rigging subjects.

● If you're looking for something more comprehensive or put together though. A course might be more up to your taste. For that, we recommend either Mark Master's introduction to rigging and animation over at PluralSight or Blender's own "Blender Fundamental" series on YouTube (which should introduce all the functions you'll need to know.)