20+ Funny Christmas Story Memes and Make One Yourself

For the Inspired - Wondershare Filmora

The bells are ringing, and the obese guy has officially made his way inside the building. This time around, it's not Santa, but a large, bloated human person that looks something like you; it must be Christmas time again. If there's one thing that can be said about the Christmas season, it's that we're not short of goodwill toward one another. It's totally up to you whether you want to celebrate with wine, feasts, or family time, but there's an almost limitless amount of amusing Christmas story memes to get you in the holiday mood. Examining the slew of cringe-inducing circumstances that we tend to subject ourselves to yearly, the greatest Christmas story memes are a lot like a good Chrissy pud: you've had more than enough, but you simply can't seem to stop yourself from going back for more.

Look, we get what you're saying. For some of us, getting through the Christmas season is a bit more difficult than for others. There's the pressure of living up to your mother's expectations, the agony of explaining to your grandmother why you're still unmarried, and the embarrassment of attempting to explain why 'media' is a legitimate profession (or maybe that's just for us). When it comes to the gift-giving season, though, everything comes out in the wash. You may join in the celebration and see dad's delight as he gets his third barbeque-related cooking gadget of the year.

If you're searching for a getaway this year, we've got you covered. The finest Christmas story memes for the year 2021 are listed here. 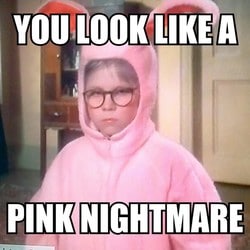 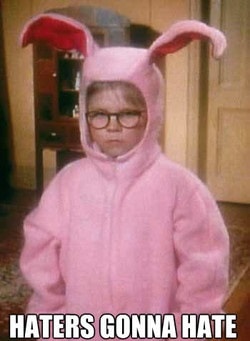 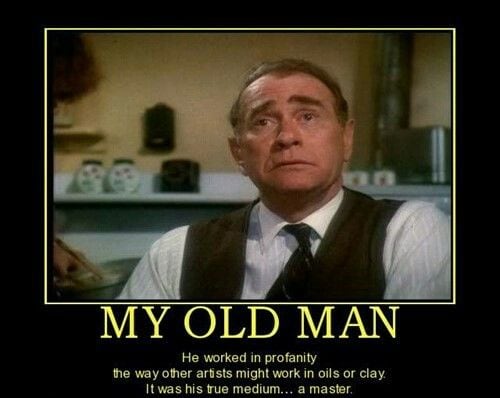 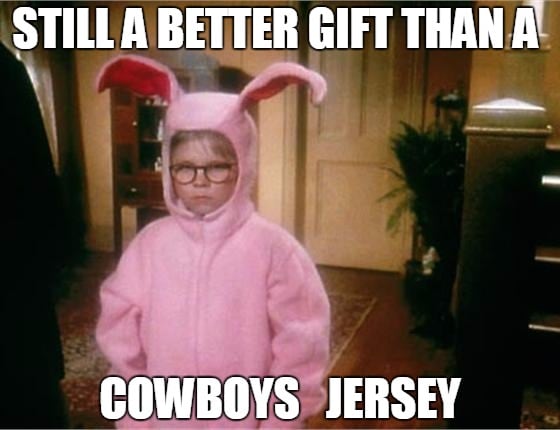 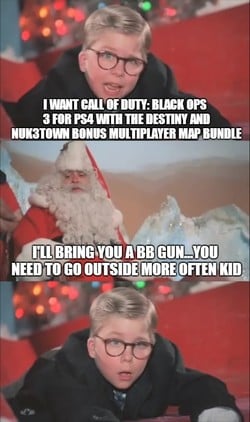 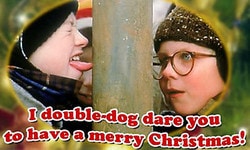 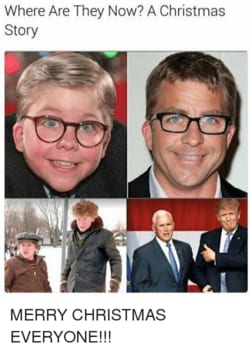 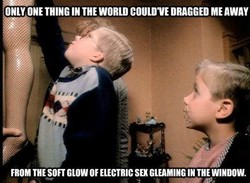 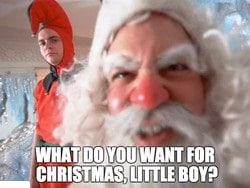 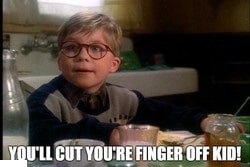 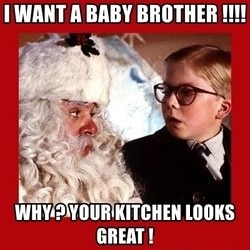 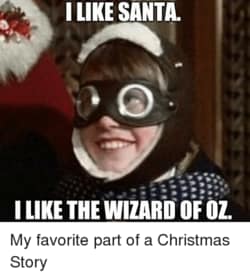 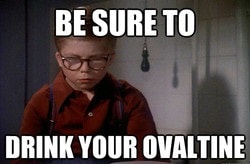 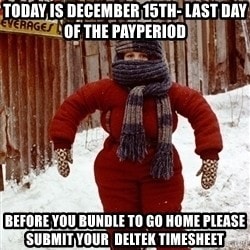 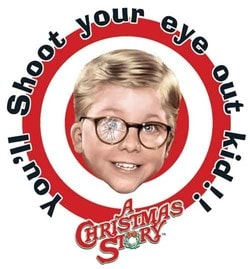 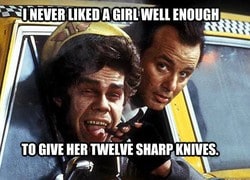 Part 2:Make a Christmas story meme by yourself

When you are faced with the task of creating a Christmas story meme, or more specifically, a video meme, you will need the assistance of an excellent meme creator tool. Because it is impossible to turn your ideas into humorous memes unless you have a reliable program for editing your video memes, you should invest in one now. We propose using the Filmora online meme creator to bring your concept to life.

Filmora's meme creator is a free online tool that you may use to create funny memes with your friends. Using this online tool, it is possible to create pictures, GIFs, and video memes without having to spend a lot of time on it. Furthermore, you do not need to register to produce video memes. One of the most intuitive tools available, requiring no complicated procedures other than basic drag-and-drop and click motions for importing GIFs, images, and video files. Aside from that, you have the freedom to insert text wherever you want inside or outside of the text, as well as GIFs and videos, to your heart's delight. With Filmora, it is also possible to change the color and size of the text.

You won't have to download any internet videos since it supports video links from YouTube and Vimeo. All you have to do is copy and paste the URL to create online video content quickly and easily, without having to go through the effort of downloading it to your computer and then working with it.

Here is a step-by-step instruction for using the Filmora online meme creator to produce a Christmas story meme—enjoy!

Step1 Add an image, GIF, or video to your project.

Navigate to the Filmora online meme creator website and then touch on the "Click here to upload" or "Drag to import content" button to begin the uploading process. Additionally, you may import YouTube and Vimeo URLs to make video memes.

Once you have chosen your video, GIF, or picture, you will be sent to the meme editor page, where you may further personalize your meme by using the tools on the left panel. The modifications you make to the imported item will be shown in the preview window on the right. You may experiment with the text color and size in the meme and keep the one that you like the most. Additionally, you may choose whether you want to include text inside your meme or outside of it, and you can also choose the file format for your meme from this editing page.

Tips: Adding humorous or sarcastic text to memes helps them become more famous, and don't forget to use typefaces that exactly match the caption and backdrop of the text, as well as the general theme of the meme. 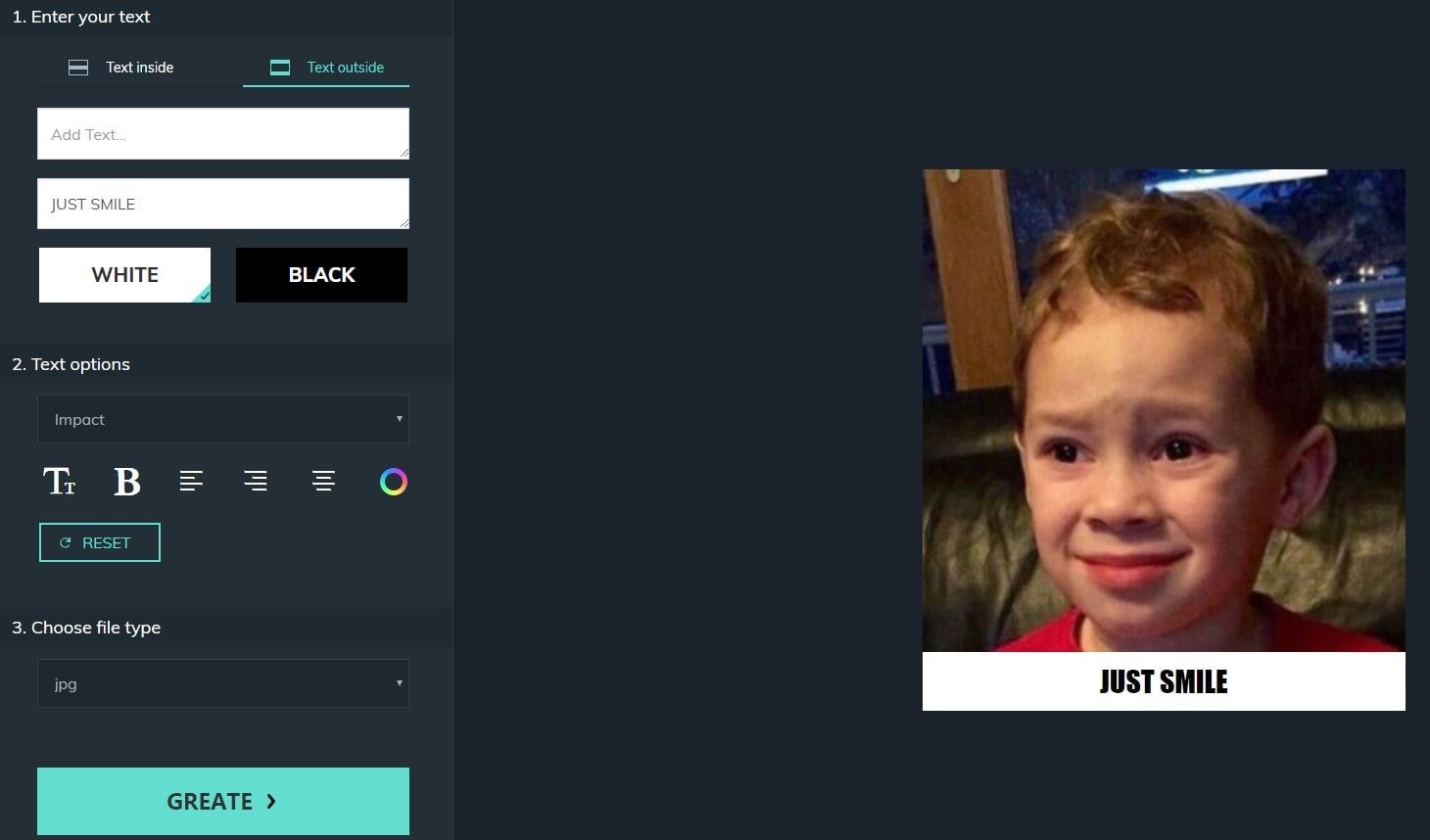 Finally, after you are satisfied with your work, click on the "CREATE" button to proceed. Allow for sufficient time for the meme to be formed with all of the components that you have included in it to take effect. Once you've finished, click on the "DOWNLOAD" button to download the meme to your computer. As soon as everything is in order, you may post it on various social networking networks, such as Reddit, Facebook, and Instagram. 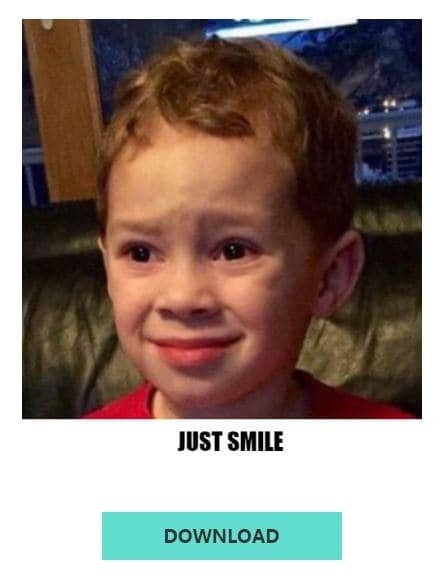 Things to consider to make sure your meme stands out.

1. Understand your memes inside and out.

The most popular current memes on the market may be used to get an understanding of what your meme needs to do and what it should not accomplish. The most recent popular memes would serve as inspiration for your new invention, allowing you to create a better meme than elicits more amusing feelings. There may be a certain meme that has received a great deal of attention on social media and has been trending for many weeks at this point. By researching them, you may determine whether or not your idea has already been adopted by one of them, or if it is a new concept that you can utilize to boost your meme marketing efforts.

2. Focus on the most popular items.

When creating memes, it is vital to draw inspiration from famous films, television programs, events, novels, video games, comic characters, and other media to make the memes more humorous. With the correct filter, funny footage of children, accident films, and bike wrecks, among other things, become relatable memes. You may also use video memes to communicate a social message that has a humorous element to it.

3. Be a source of entertainment

When it comes to creating a good meme, the level of entertainment value is of the utmost importance. Though making memes relevant to the audience is important, you don't have to be serious simply for the sake of being serious in your memes. Your meme should have a smart and humorous tone to it. You must choose the copy and language that corresponds to the characteristics that we have just discussed in this part of the article.

4. Use a brief caption

Because of the limited attention span of internet consumers, your memes must be concise while still conveying the intended message. Remember that while you are thinking about how to create a meme, you need to bear in mind that your meme has to hit the appropriate chord with the audience and amaze them straight away. Create an outstanding picture, GIF, or video meme by using catchy phrases, captions from famous comic series, or a hilarious TV program that is relevant to the majority of the population to help you create your meme.

● However, although Christmas is the most joyful time of the year, it can also be the most stressful time of the year. There's a lot to think about this time of year, from the stress of gift-giving to the difficulty of preparing the ideal holiday dinner meal. We could all need a good chuckle right now, more than ever!

● Fortunately, we know a fantastic technique to unwind as the holidays approach that doesn't need you to waste valuable time from your already-packed schedule. When it comes to de-stressing, we think there's no better way to do it than by laughing at some of the finest Christmas story memes available on the internet.