How to Get Zoologist Npc + Bestiary and Cat Guide in Terraria 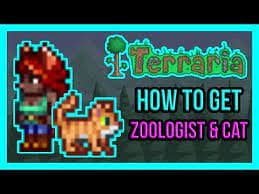 On May 16, 2020, Terraria released its 1.4 upgrades, branded as 'Journeys End.' New NPCs have been added to Terreria 1.4's final update, including the Golfer and Zoologist. On this day, we have the Terraria zoologists, a Bestiary, and a pet cat, to discuss in addition to the Golfer. In addition to the new NPCs, a 'Bestiary' is now available for usage. Creature information & instructions may be found in the encyclopedia. Adding a pet cat to Terraria 1.4 has also made it possible for users to have one. How to locate the Terraria zoologists NPC, Bestiary, and obtain a pet cat is all covered in this article.

Re-Logic created it in 2011 as a two-dimensional sandbox game in terms of the game itself. Many consoles and mobile platforms have seen the game's popularity grow since its first release. Now that the game has taken on a new persona, it's far more interesting and captivating than before. Furthermore, the game has consistently ranked high on the sales charts. The game's server had 30 million players as of last month. Then you've come to the correct spot if you're a fan of the game and looking for a unique guide to assist you out. After the Terraria zoologists, it's time to introduce our very own pet cat.

How To Get Zoologist NPC + Bestiary and Cat Guide in Terraria 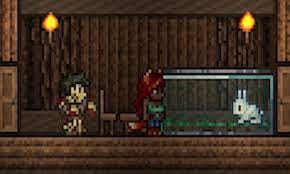 The Zoologist NPC has a variety of things for sale, some of which are mentioned below:

To find the Zoologist NPC, players must meet certain prerequisites. Players must also have a Bestiary with at least 52 entries (10 percent) and an empty residence before they may begin the game. 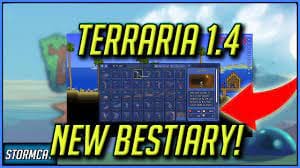 To recap, the Bestiary is a log of everything the players encounter in their journey through the game. Navigating to inventory as well as selecting the book icon will yield the Bestiary for your perusal. Health statistics, item drop rates, defense, and damage points are just some of the information found in the Bestiary. The Bestiary is tied to the world, not the player's character, so players must remember this.

The following are some of the most important things to include in the Bestiary:

Unlock the Zoologist NPC in Terraria 1.4

Along with the Witch Doctor & Golfer, the Terraria zoologists NPC prefers the woodland habitat. She avoids the Arms Dealer as well as the Angler because she hates the desert environment and the people who live there. Players will be able to make the Zoologist NPC pleased if they keep the things above in mind. So, she could even be able to make money off of Forest's pylon.

Cat ownership is more complicated than it first seems. Before doing anything else, players must make certain that they have a Terraria zoologists NPC present in their town. The Terraria zoologists NPC should be accessible to players who complete the requirements above. The cat license may be readily purchased from her after they've done so. The cat license may be used to summon a cat just like any other item. It is possible to communicate with the cat, & it will sometimes give out some prizes to those who do. Despite this, each world's Zoologist NPC will only offer one cat license.

With this method, Terraria 1.4 users may unlock and discover the Zoologist NPC and receive a pet Cat. Players will soon get their hands on them if they follow our instructions. We hope you found this information useful. Please feel free to leave a remark if you have any questions or concerns.