Today’s topic is to add fades in Premiere Pro. Do you want to fade in or out your video to black or white? Then, we have got you. Adobe Premiere Pro is one popular video editing software. Fading is every editor’s trump card, making it enjoyable to viewers by seamless scene transitions and some elements pop onto the screen. Fading is an effortless and beautiful effect that hep the clips to merge into the color of another clip smoothly. It is a way of telling viewers there is a visual change without explicitly telling them. The fade effect is in two forms fade in and fade out. Moreover, Fade-in appears at the beginning of the video and fade-out at the end of the video. And in this blog, we will discuss how to fade in Premiere Pro.

Premiere Pro to add fade transition can be between clips to link and move from one shot to another shot smoothly. Premiere Pro offers many transition effects to edit the videos: Audio, Video, and VR.

Step1 Apply Transition between the clips.

Initially, you need to apply the transition to add fading effects. First, choose Window > Effects. Expand the video or audio transitions, expand the bin containing the transition, and drag and drop the required transition between the two clips.

When you place the transition on a single cut, click on Ctrl + drag on the transition to the timeline. Release the mouse when the “End at Cut” or “Start at Cut” icon appears.

End At Cut: Adjust the end transition at the end of the first clip

Start At Cut: Adjust the start of the transition at the beginning of the first clip. This is another method to add fade in the Premiere.

Are you in doubt about how to fade background music in Premiere Pro? A crossfade is an essential tool for smooth video effects where viewers cannot notice any cuts between the videos, which can be valuable for both video and audio. There are two types of crossfading, either by using keyframes manually or using transitions pre-built in Premiere Pro. 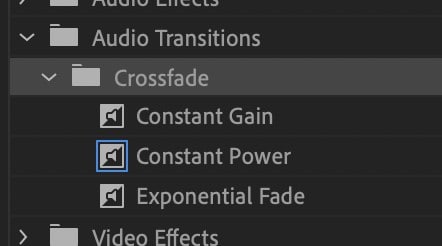 The constant gain crossfades are employed to vary the audio at a constant rate as it fades in and fades out at the transition between the clips. But sometimes, it is often abrupt. These are usually done manually using keyframes. 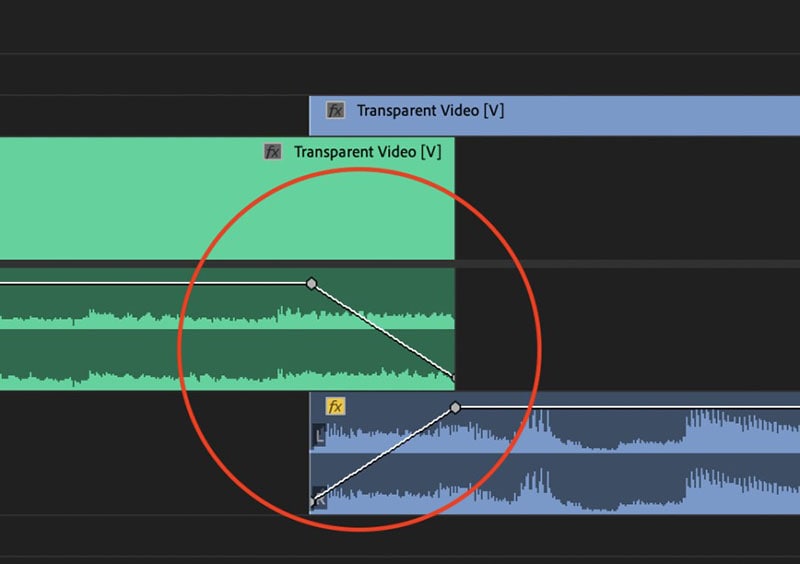 But this constant gain generally seems to be noise and not smooth compared to continuous power. Let us discuss this next.

Constant Power crossfade creates a smooth, gradual transition effect analogous to dissolve to the following clip compared to constant gain. Constant power fades in the audio effect initially and then fades out at the end of the clip. In the image, you can notice the keyframes have gradually decreased in the first clip and steadily increased at the end of the second clip. 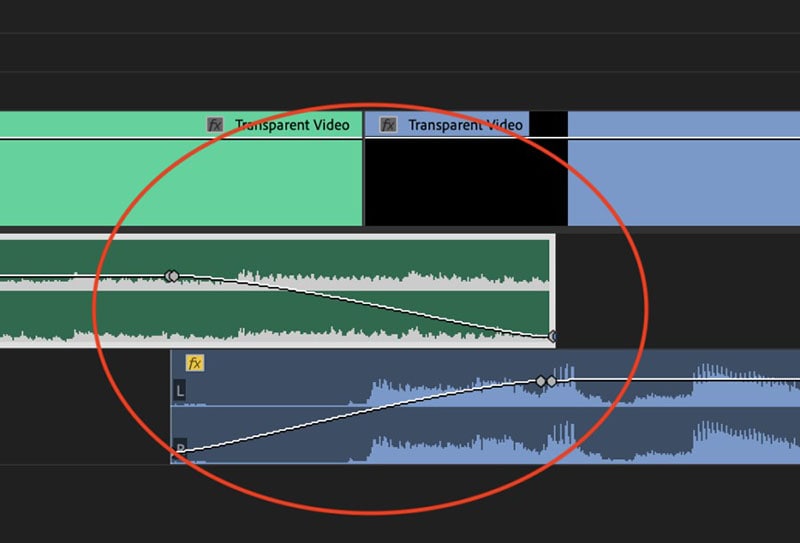 Compared to all other crossfades, constant power is the best audio crossfade. This will be giving a more smoothing effect and gradual shift in gain between the clips, nothing more apparent changes during the transition. This is how to fade in sound on Premiere Pro using constant power crossfade.

Exponential Fade is opposite to constant power. It fades out the first clip and disappears in the second clip, which brings a smooth logarithmic curve. This is how to add exponential Fade in Premiere Pro to the video. 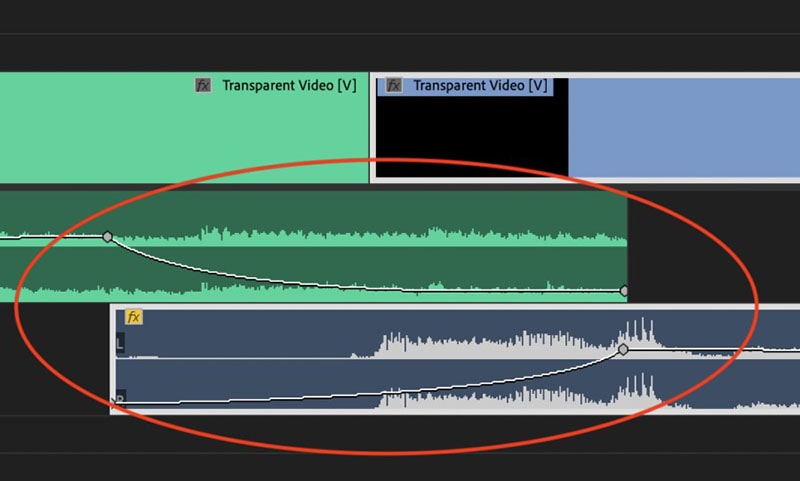 Thus, now you know how to add crossfade in Premiere Pro smoothly.

When we want to add a black color between two videos for smooth movements, the best idea is to fade-in and fade-out. In Premiere Pro, you will not find a fade option directly. It will appear as Film Dissolve in the settings of the Premiere Pro dashboard. Below is an example clip of how the video will look if you add black color fading effects. Let us discuss how to add video fade in Premiere Pro. 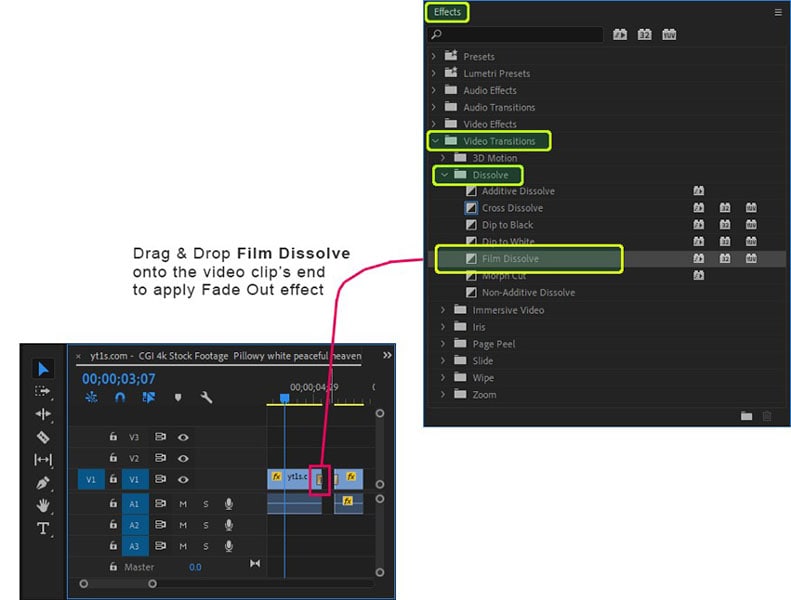 Fade in and out can be done using Film Dissolve found in the Video transitions folder.

In Adobe Premiere, add Fade in or out, click and hold on Film Dissolve effect. Drag the Effect onto the video portion in the Timeline to create a fade-in effect drop at the beginning of the clip. To create a fade-out effect, drop at the end of the clip. After everything is automatic, you can clip on the Play button to see its action. 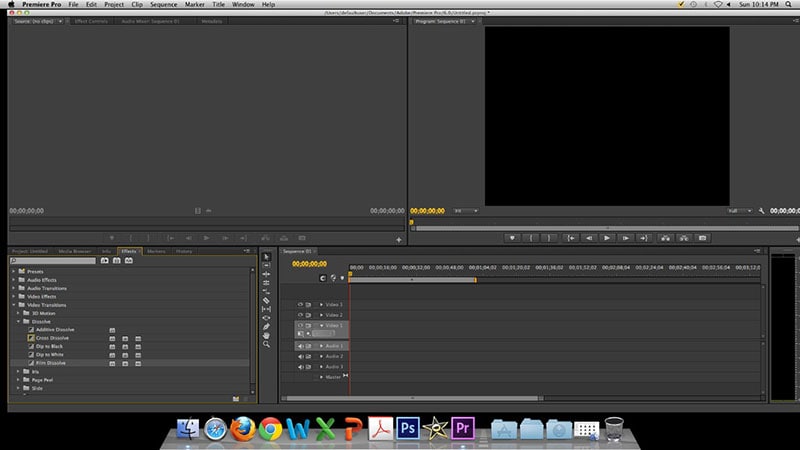 Step 3 Change length of the Fade in and out effects

It is possible to change the length of the Fade in and out effects after the film dissolve is applied. You can notice that the Fade gets added between the clip. Inside the video, there is a small box. You can click on it drag their edges to increase the duration of the fade-in/out in the video. 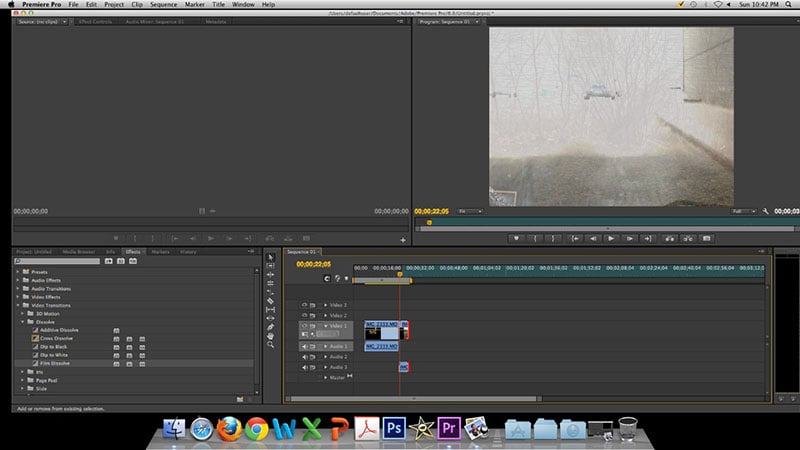 Short video transitions are the best between the clips for most transitions. No one would like to wait between two scenes, but there are situations you might want to extend. This is how to add fade in the premiere.

There is many other professional editing software like Adobe Premiere Pro for Fade in/out, but Wondershare Filmora offers the easiest and simple way. Same as premiere pro, Filmora fading effects is called Dissolve transition sometimes, lap dissolve transitions are a gradual smooth transition to move from one image to another. Filmora offers many transitions under ripple or dissolves categories like Dispersion blur, evaporate, ripple, wind, swirl, or wave. You can edit the duration of the transitions to get better results. A unique feature in Filmora is that just simple fading effects, you can use motion fade effect to make your footage more vivid. Filmora gives multiple colors to choose from for transitions.

A new feature in the latest versions of Filmora is the keyframing animation feature. This feature is ideal for adding fade-in and fade-out transitions, and you can have more control over the Opacity and duration in fading using Filmora. 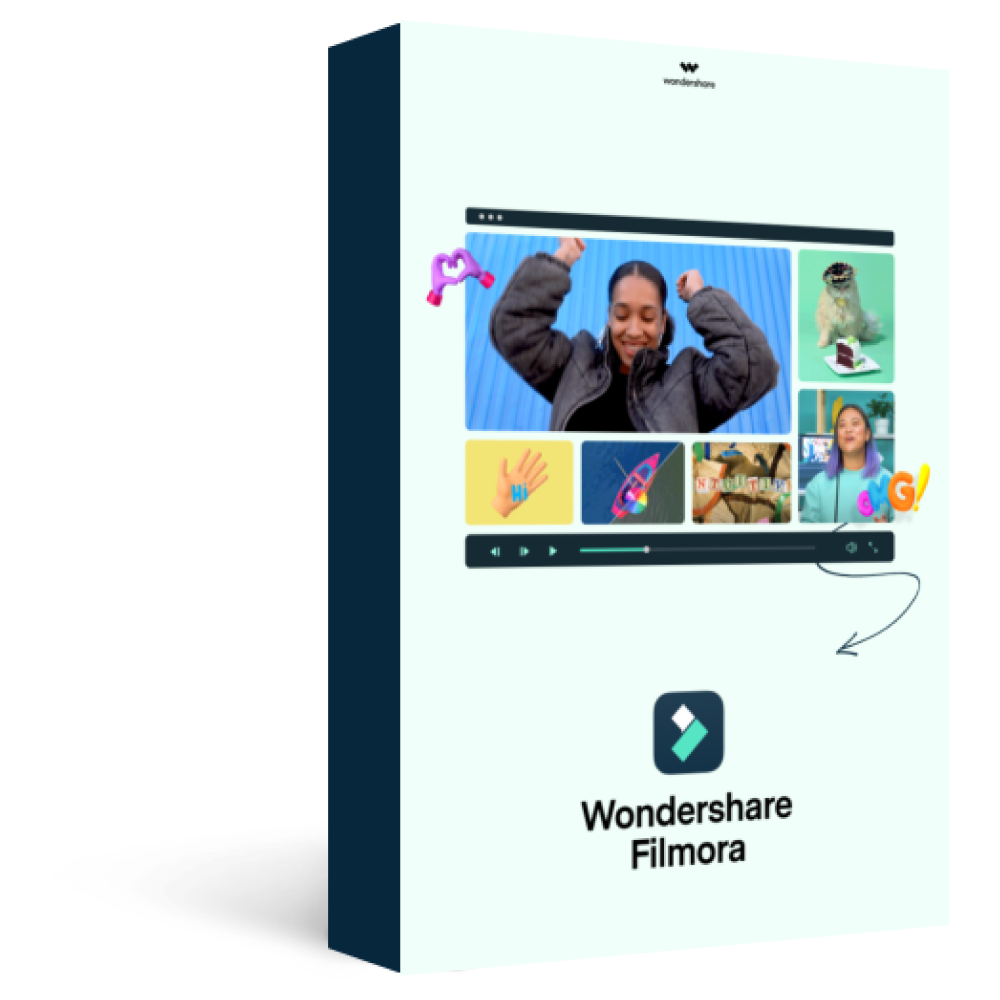 Thus, in this guide, you learned how to add fade-in Premiere and proper edits to add fade-in Premiere. While sharing any video content, the flow of the video is all it matters. Nowadays, we all share any information or entertainment through videos only. The most demanded software in the market is video editing software, but the point is which is best. We have learned how to add Fade in Adobe Premiere and other fade effects like fade in title Premiere Pro on this journey.