It has been used to produce TV shows and feature films. More recently, Sony released a consumer video-editing program known as Movie Studio Platinum 13, which was designed for consumer-level editors. In the previous year by Sonic Foundry, a division of Sony Pictures Digital. The software was re-branded as Sony Vegas following Sonic Foundry's merger with Sony Pictures Digital in 2007, and after the latter sold off Sonic Foundry in 2008, it became a part of MAGIX.

The original version was called Sound Forge. The software was upgraded to incorporate features of the newly acquired product Vegas, which had been released as a Windows version of the original DOS-based Non-Linear Editor (NLE) developed by US company, Canopus.

The powerful video editing software makes it easy to create professional-quality videos. It provides the users with some special features like easy trimming, splitting and merging of clips, etc. By using Vegas Pro you can easily crop your short video (a clip) and also resize it.

Sony Vegas Pro is a video editing software that is used worldwide. It has great features and it can be utilized by individuals who are newbies in the field of creating videos. Sony Vegas Pro 12, 11, 10 have been installed many times on Windows 7, 8, 8.1 operating systems without encountering any problems. But some users face problems with the installation process of Sony Vegas Pro 13, 14 versions. Many individuals have got different difficulties.

Cropping means cutting off a part of the video. Instead of enlarging the video by moving its borders, you have to trim it from both sides. The editing procedure includes removing unwanted parts from short videos, making them shorter and more effective. It can also create suspense or interest for audiences. Here are the steps to crop a video in Sony Vegas Pro:

Step-by-step on how to crop videos using Vegas Pro?

Step 1: Click on ‘Import’ and import the video to be edited. Click on it and drag-drop to timeline. You can see a green indicator in the form of a splitter between two clips in the timeline, which shows where the clip ends and starts playing. 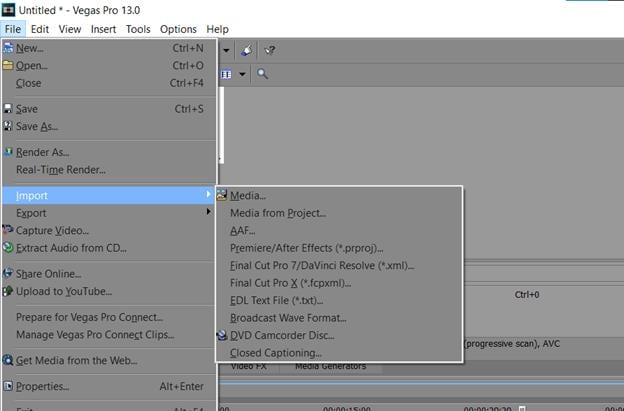 Step 2: Open the video you want to edit, in the timeline of your project. Right-click on the clip and select "Video Event Pan/Crop". 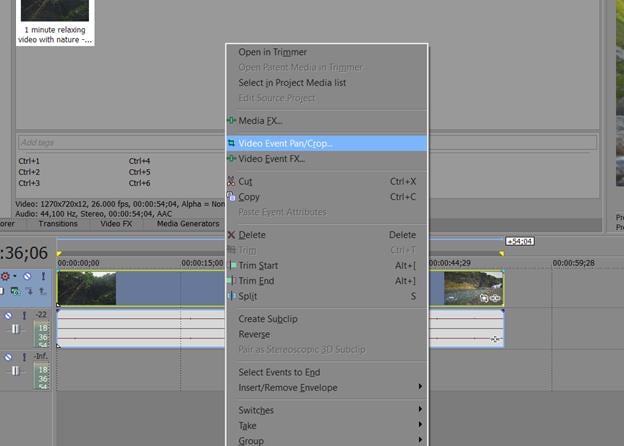 Step 3: Alternatively, you can also select crop effect by pressing the icon in the clip. Or, select the Crop icon from the toolbar to add it to a track. 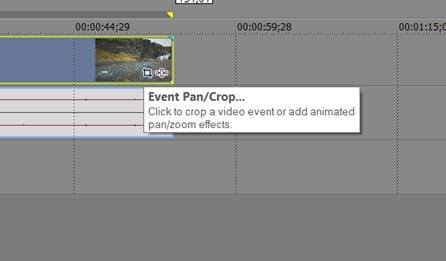 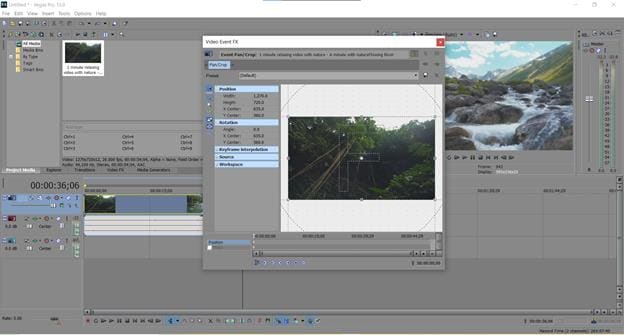 Step 5: When you have finished adjusting the crop area, go to File > Export > Render Video. In the Render Video window that pops up, select the file format and quality of your render. You can also adjust the size, frame rate, and bitrate options from here. Once ready, press "Render" to begin rendering your video with the cropped area. This will give you a new output video where only the selected portion of the previous video is visible. 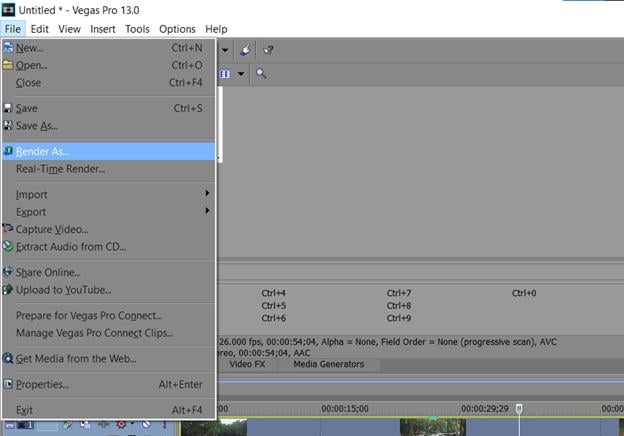 And... Voila! You have successfully cropped your video in Sony Vegas Pro.

Alternatively, there is a better way to crop a video and that is using the Wondershare Filmora. It is easier and user-friendly. It also has a lot of features that you can choose from.

An Easier Way to Crop a Video with Filmora

It includes many interesting and useful features which you will not find in other movie makers like:

Filmora is an indie filmmaker's go-to tool to create gorgeous-looking videos. No matter your skill level, it's easy enough for beginners and powerful enough for professionals.

Step-by-step on how to crop videos using Wondershare Filmora?

So, here are the steps to crop videos using Wondershare Filmora.

Step 1: Open the video you want to edit in Wondershare Filmora. Drag it and drop to timeline. 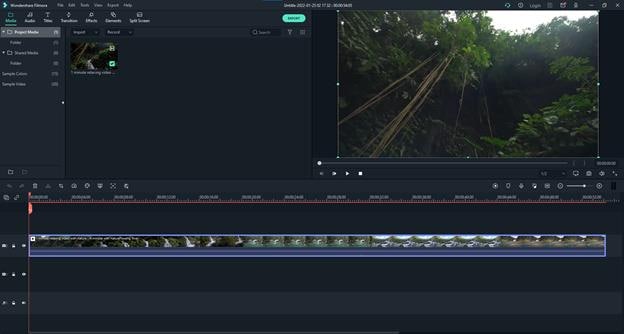 Step 2: In your timeline, select a portion of the video that needs cropping and click on 'Crop and Zoom' tab located at the bottom right corner of your screen. Here you can see the Crop and Zoom window where you can adjust the crop area. Adjust the size, shape of your video with these options. 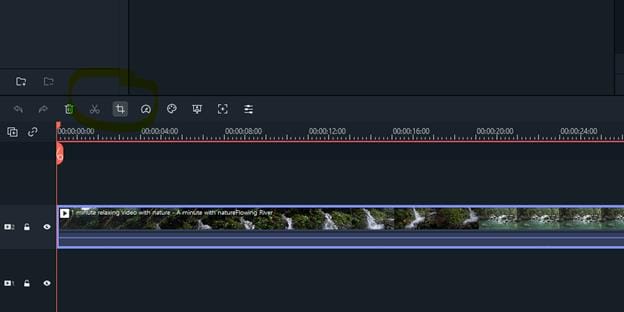 Step 3: Once done with your adjustment click on 'OK' button to apply your crop. You can see that the selected portion of the video is now cropped. 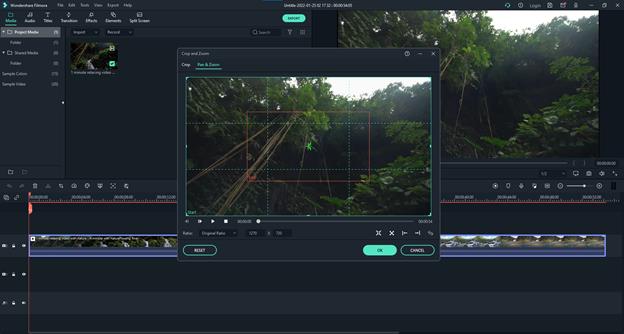 Step 4: Finally, click on "Save" to save your video with cropping. Congratulations, you have successfully cropped your video! So, this was all about how to crop videos using Wondershare Filmora software step by step. Using these easy steps anyone can simple edit their videos and save them in multiple formats without any loss of quality or data. 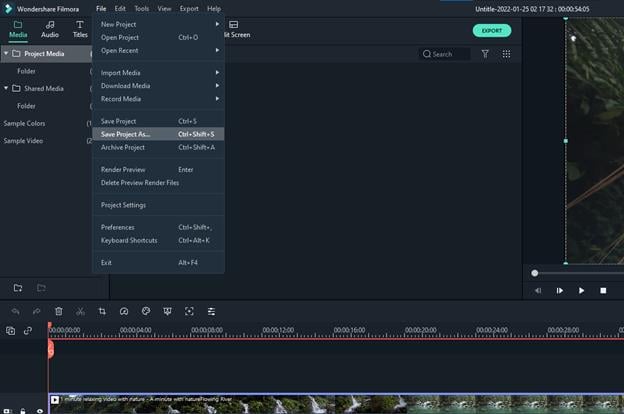