How to Merge Clips into One Using Vegas Pro

Those who are new to Sony Vegas platform may find lots of difficulties at their learning stage. Recently so many queries were received regarding inability of software to combine video clips that are separated by using split tool. As there are few tools in software that works only on a single clip, so users so often need to combine their different parts of videos. If you are also suffering with such an issue then you can find a useful solution below. The given steps can help you to join, merge or combine different sets of video files using Sony (Magix) Vegas platform.

Related article: How to crop video clips with Vegas Pro >>

Wondershare Filmora is one of the most useful video editing tools for all those who cannot afford the costly Sony Vegas as here you need to make a payment of $599.00. Wondershare works effectively on Windows as well as Mac devices with its powerful features. You can easily download its free trial version from the official website.

How to merge clips into one using Sony Vegas (Vegas Pro):

It is important to note that movie clips that you wish to join need not to be of same specifications, for example few may have different bit rates and others may differ in terms of format or resolution so it is not possible to compress them easily to one single video file without encoding them. The process of combining video clips together is not that simple, it is a long process same as working on a new track.

First of all you need to take a look of project media window of Sony Vegas where each folder is named as Bin and users are free to create any number of bins. All that you need to do is simply select Media Bin option, then right click and hit the “create new bin” option. This feature will help you in easy calling of different parts of videos and later after editing you can also put them all into a single bin named as “smart bin”. 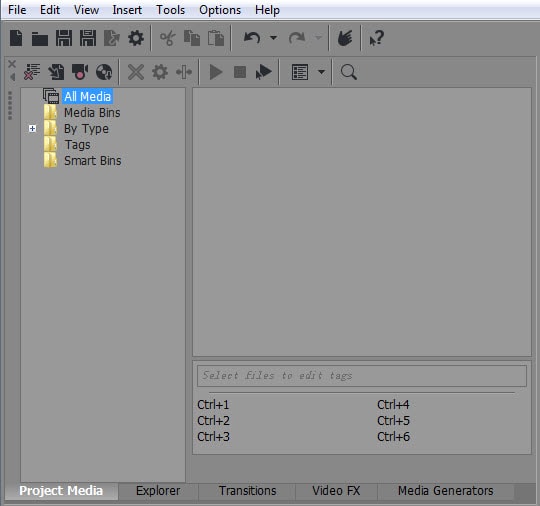 Steps to be followed:

First of all simply import your media file onto Vegas Pro platform. It can be done by three different options: 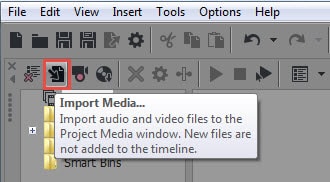 Now you can directly use the option for combining, moving or splitting the video files. Once you have brought your video clip on to software timeline then it is possible to edit them easily. You can easily cut down the undesired portion or can also change the positions of video frames as per need.

Step 3: Merge clips into one

Three different methods for merging are as below:

Method 1: Use Ctrl + A option from clips then hit file option: a pop up render window will appear on your system where you can set name of the project. 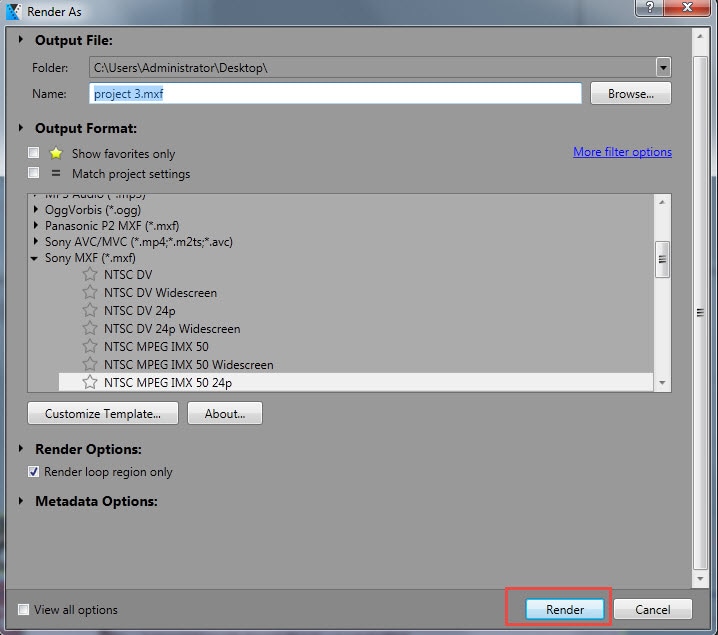 Method 2: Use Ctrl+M shortcut key or hit Tools and then go to Render.

Method 3: Go to File and the save your file.

It is also possible to add effects to merged video file at once.

An easier way to merge clips into one

With Wondershare Filmora Video Editor , you may merge video files quickly and efficiently. You may play the shot camera videos, recorded TV shows, obtained Youtube clips, or conference video/audio files without interruption after merging them into one huge file. Let's have a look at the entire tutorial below:

You may either drag and drop files from Windows File Explorer to the Media Library or click the "Import" button on the main window and choose files from your computer. All uploaded files will be shown as previews in the Media Library. To see a preview of any file, double-click it in the preview box on the right. 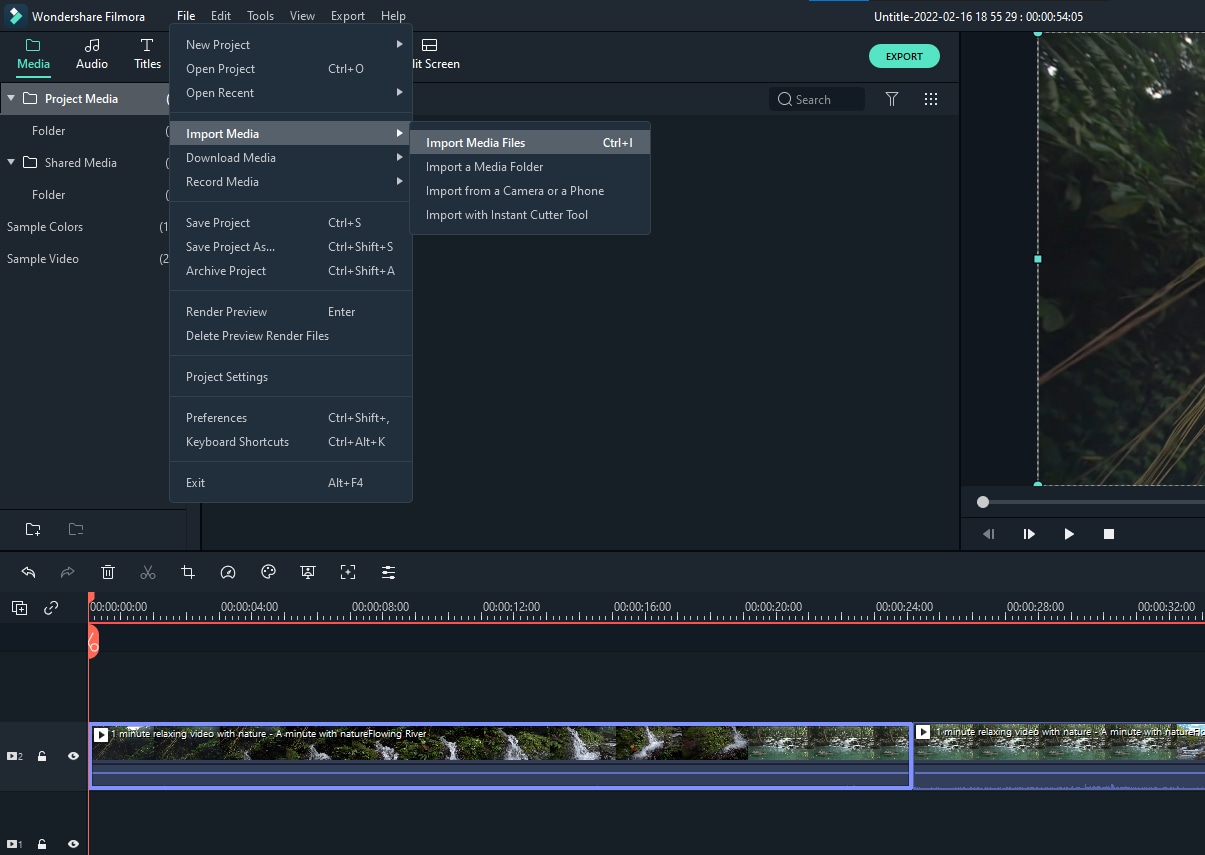 Simply drag & drop the video files you wish to join from the media library to the timeline, overlaying one video to another, or place it at the end of another video. The Preview window may be viewed by pressing the Play button. You may export it immediately if you're content with it, but you can also improve it by adding transitions, filters, or overlays. 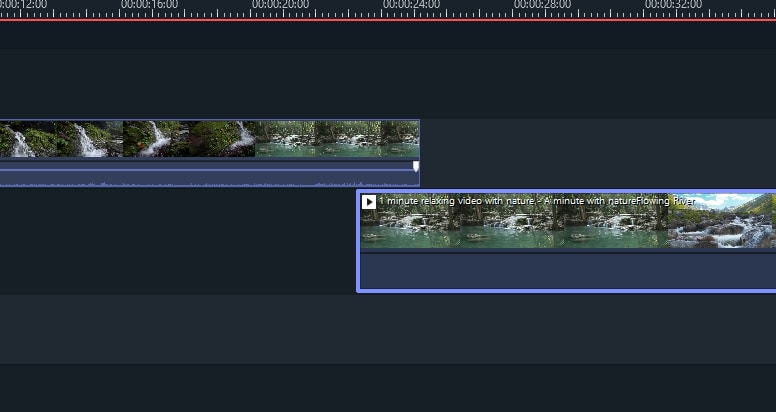 Step 3: Save your combined large file.

When you've finished making all of your changes, click the EXPORT option to start exporting your videos. You may export your original video formats or convert them directly to iPhone, iPad, HTC, Samsung Galaxy, and other portable devices. They'll run smoothly on your devices. 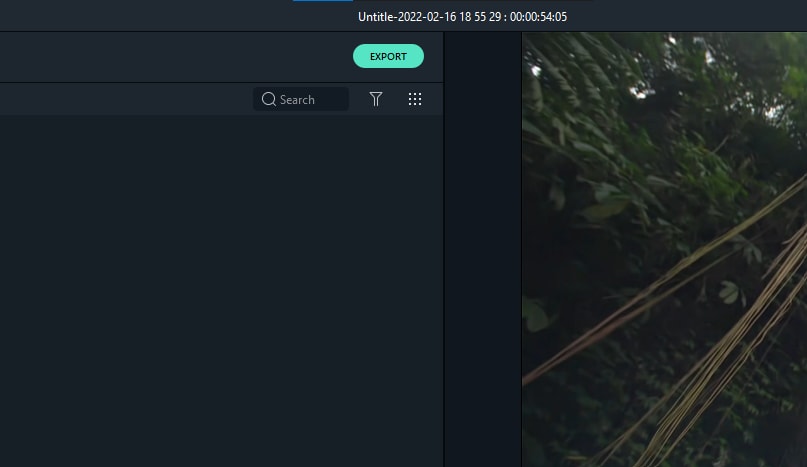 Thank you for your comment. We will review it within few days.
You May Also Like
How to Free Rotate and Merge Videos on Android

Rotating and merging video have never been this easy. Check it out!

How to merge/combine clips in Adobe Premiere Pro

In this tutorial, we are going to show you how to combine videos clips as well as audio clips in Adobe Premiere Pro, you'll find the detailed steps below.