Top 10 YouTubers with the Most Subscribers in 2023

It is that time of the year when everyone is jostling for creators who made it on YouTube. Being a popular streaming service with over 2 billion monthly viewers, YouTube fans are far attached to the proceedings and improvements of YouTube. More so, it's the place where you get any content, no matter what interests you, from podcasts, videos, music, vlogs, and other tutorials. And you must be eager to meet the biggest YouTuber in the world among other well-rated creators. Well, we have compiled a complete list of 10 creators with the most subscribers. Dive in for more!

01 Top 10 YouTubers with the Most Subscribers in 2021
02 What are the similarities of the top 10 YouTubers listed above?
03 Additional thoughts - the importance of a well-made video

Top 10 YouTubers with the Most Subscribers in 2021

Check out the YouTubers who scaled the heights in 2021. 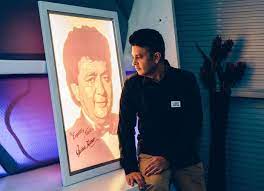 The top on our list is T-Series. This group is led by the Great Visionary, Sh. Gulshan Kumar, whose focus has been on offering quality content to viewers. This is a film production company from India and has been at the forefront of giving constant entertainment. From its 30 years of existence, the group has potentially grown to own 166 million subscribers worldwide. 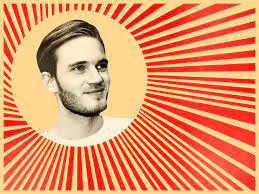 Among the most subs on YouTube is PweDiePie that has been at the forefront for quite some time but was recently pushed to the second position. He dwells on hilarious meme videos, cracking your ribs and kicking that chilly feeling out of you. The Swedish YouTuber has reached the 102 million subscriber mark. He is regarded as an influencer due to his entertaining personality. Check out some of his works and subscribe to his channel for more updates as well. 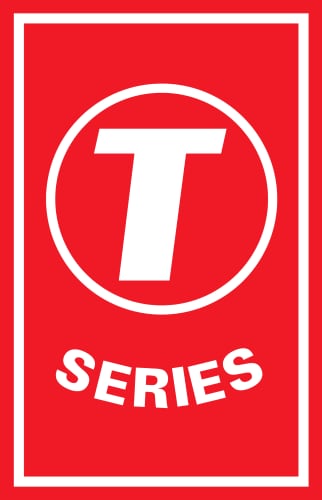 Cocomelon knows how to keep you locked in with his 3D animation videos. His videos suit both children and the old. Kids can laugh their hearts out as they dance to the tunes of original children’s songs that this YouTuber brings to the table. Get videos of a mix of music, videos, and live streams from this top US YouTube channel. They have a total of 101 million subscribers so far. 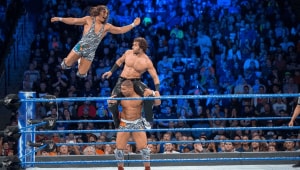 The World Wrestling Entertainment has rocked your screens for the better part of your heydays. It also scales among the biggest YouTuber in the world this year. It is entertainment-based and splashes your screen with scripted and partially choreographed boxing matches. Check out the channel for your favorite WWE superstars and other original shows. It has subscribers reaching 76 million. 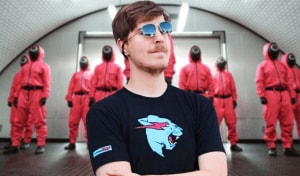 In the fifth position is Mr. Beast, with 75 million subscribers. He is based in the US and is well known for his easy tactics of capturing an audience. He dwells majorly on pranks and other social events. Also known for his philanthropic nature, sending smiles to huge crowds with his charitable donations. 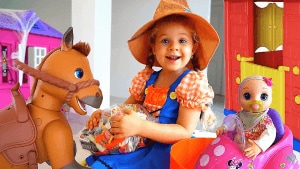 Here comes number 6 in the top 10 YouTubers with the most subscribers. This Ukrain based YouTube channel has about 70.4 million subscribers and is mostly watched by children alike. Kids Diana focuses on a beautiful princess known as Diana, her life, and how it feels to be a loved kid. It dwells on play videos of toy unboxing and going for trips, among other adventure activities for kids. 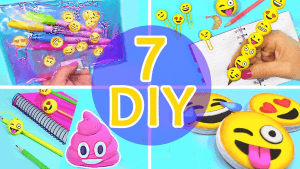 The Do-It-Yourself channel show is a darling to many fans who wish to learn new home science tricks. It offers easy means to learn a couple of crafts, giving you the joy of knowing how to maneuver on any home project. Its subscribers reached about 70.3 million this year. Do the tricks work? Try one popular one demonstrating how to make an egg bigger and bluer by simply socking it in white vinegar overnight. 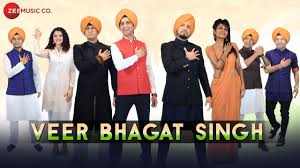 This is an Indian company, bringing to your screens Indian music and other videos. It had reached 70 million viewers by 2021. If you want to learn some Indian dance moves, then this is a perfect platform for you. It also houses over 200,000 hours of television content and much more. 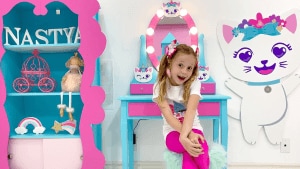 It is also among the biggest YouTuber in the world and focuses on kids’ TV shows. It’s a Russian Federation show that features Like Nastya and her parents. Its major focus is on kids’ activities like singing, going on adventure trips, and some nursery rhymes. It has about 70 million subscribers. 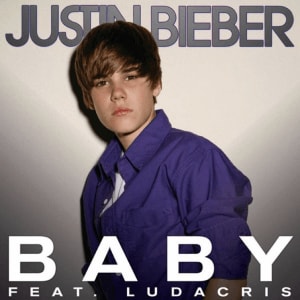 He is a Canadian singer and songwriter. He started singing at a tender age and even one time took the second position in a local competition. He eventually rose to fame after appearing on YouTube, managing a rise in the number of subscribers, currently at 60 million. Watch his channel for music videos, promotion materials, interviews, and behind-the-scenes footage from his shoots.

What are the similarities of the top 10 YouTubers listed above?

A few lines of thought are common with these top 10 YouTubers with the most subscribers. Here are some similarities.

Highly watchable content
These top YouTubers know how to engage their viewers. They take their time and give a much deeper approach to the content that they post on YouTube. It is a quick turnaround for subscribers who want value.

Focusing on a market niche
These YouTubers have a passion for a particular niche. For example, film production, kid's shows, music, and so on. It seems they are talented in those areas of choice, and much focus is on how to better them.

Engage with your audience
This is a crucial part if you want to be a successful YouTuber. These top 10 creators have shown that engaging with their audience has a great impact on the outcome of their production.

They have executed channel trailers
Another common similarity with these top 10 YouTubers is the use of channel trailers features. You get short trailers that automatically play when a viewer lands on the YouTube channel page. These should, however, be short and give viewers a welcoming feeling to stay along.

Call To Action
The reason why these content creators stay ahead is the urge to continue getting more subscribers. These channels have well-illustrated avenues for more potential subscribers. More so, they have several elements at the end-screen.

They earn
Their YouTube channels are making some good bucks for them. It is estimated that PewDiePie makes about $10 million per year from his YouTube channel, while Justin Bier gets about $9 million from YouTube advertising.

Additional thoughts - the importance of a well-made video

A well-made video is all you need to make an impact on your YouTube channel journey.

How to make a good video using Filmora

Using available video editors can help you become among the most subs on YouTube. Filmora comes loaded with editing effects to help you create quality and amazing videos. The user interface is easy to navigate, therefore suiting even beginners. Follow these steps to make a quality video with Filmora.

Step 1. Launch Filmora
Firstly, download and install Filmora on your computer. Then launch it by double-clicking on the desktop icon. You have two options. Either to create a new project or to open an existing project.

Step 2. Create a new project
If you don’t have any project you were using before, you can create a new one. Click the “New Project” option and wait for the editor to load. Also, ensure to register your product by clicking the “Register” button. Then go to the “Project settings” option and select the aspect ratio to use. 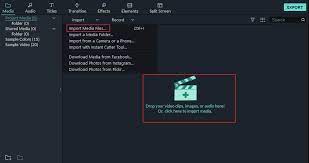 Step 4. Organize your material
Then begin to organize the files you have imported. You can create and use folders to sort out your files from the “My Album” section. Just click on the “Add a New Folder” icon to create a folder and rename it. Then arrange your footage as you wish.

Step 5. Move your videos to the timeline
Here is where you can edit your videos freely. Use the drag and drop feature to add them. You can also rearrange your files by dragging the files to the desired position in the timeline. You can then preview your videos by clicking the “Play” tab or using the “Playhead” to jump to a certain portion of the video.

Step 6. Edit video
Filmora lets you add effects and modify your video to your satisfaction. You can trim by dragging the end of a video clip on the right or left side. Likewise, you can apply other visual effects like insert transitions, add music, or even detach the audio and video to put background music of choice. More so, it’s easy to add text like opening titles, end credits, and so on to your video. Engage the available templates by dragging and dropping that of your choice to the timeline. Then add the appropriate text in Filmora’s preview window.

Step 7. Export and Share
Finally, you can export your video in any format. Just click on the "Export" button, and you'll be redirected to the "Output Window". Select the video file format in the "Format" menu and optimize your video YouTube. 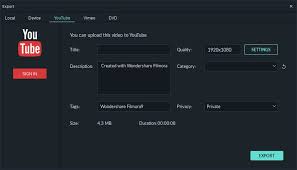