What is Virtual YouTuber and Can You Become One?

Faceless creators, or people who do not show their faces in their films, have become more prevalent on YouTube. Although being a faceless artist allows you to have a little more privacy on the internet, some viewers like to see a person on-screen.

So, what's the best way to win over both sides? However, becoming a virtual YouTuber allows you to have your cake and eat it, as well. Vtubing is similar to live streaming, only that instead of showing your face, your facial emotions and movements are recorded by a digital avatar. Vtubing has grown considerably more accessible, with a large number of people watching Vtubing videos on YouTube.

Moreover, Every VTuber is essentially a character. Whether they're just being themselves on camera or acting out a backstory they made up, watching a VTuber is like watching an anime in and of itself. The avatars or characters provide VTubers with a lot of creative freedom, allowing them to create unique material.

Being a VTuber isn't all that different from being a regular one in terms of technicalities. However, it would be beneficial if you still had a good notion of what you want to do with your channel. Even though the two activities are conceptually equivalent, VTubing has a little greater entry barrier due to equipment needs.

What is a virtual YouTuber?

A virtual YouTuber, or VTuber for short, is an online video maker or entertainment who represents themselves through a virtual avatar. This avatar is created using computer graphics (CG), and it frequently has an anime-inspired look. Most VTubers, as the name implies, utilize YouTube as their primary platform, while others do upload videos or host streams on other platforms (e.g., Twitch, Facebook Gaming, and so on) and are still referred to as such.

Kizuna AI, a Japanese VTuber, created and popularized the phrase "virtual YouTuber" in 2016. While she wasn't the first to employ a CG avatar for video blogging, she is almost entirely to blame for the VTubers craze exploding in Japan and then the rest of the world in late 2016. Because Kizuna AI grew in popularity so quickly, new VTubers began to appear regularly. Some creators, who had already established their platform and/or displayed their faces on camera, created VTuber versions of themselves simply to jump on the bandwagon.

According to User Local, a Japanese data technology firm, over 10,000 active VTubers will exist on YouTube alone by 2020. Kizuna AI, who has the highest following of all VTubers on the internet at the time of writing, has over 10 million subscribers across all of her social media sites (YouTube, Twitter, TikTok, and Bilibili).

Is VTubers the Next Big Thing in Video Content?

If you follow video marketing trends, you may have seen an uptick in animated videos featuring anime-style avatars. VTubers are the creators of this content, and it's taking the world by storm. Top VTubers earn hundreds of thousands of dollars every month and have millions of followers. The industry, according to analysts, is on the increase.

In 2019, the overall number of VTuber subscribers climbed by 28%, while total views of Vtuber content increased by 99 percent, according to HyperSense. This may not appear to be a severe trend at first sight. Virtual YouTubers, on the other hand, are being used by marketers and corporations like Mattel and KFC to promote genuine engagement.

The following are the top 5 virtual YouTubers. Each of their videos can be watched for a few minutes with English subtitles.

Kizuna AI is one of Japan's most well-known and popular female vloggers, with over two million subscribers to her channel. She appears to be a pop star, but she is artificial intelligence, as she boasts. Since she began posting videos on her main channel, A.I.Channel, in 2016, she has gained a considerable following. On the channel, she discusses various topics and plays popular games. A.I.Games, a Kizuna AI YouTube channel dedicated to games, A.I.Games is also available. She is enthusiastic and honest in both good and bad ways, which is one of her best qualities.

Kaguya Luna is a popular Japanese vlogger who launched her Kaguya Luna Official channel in 2017. She is one of the Big Four VTubers, with over a million subscribers. Kaguya Luna is adored because she presents herself in such a way. Her videos are mostly made up of her free-wheeling speaking without any acting scripts. Her high-pitched voice is striking, and she is always active and talkative. She also performs as a pop vocalist in a live presentation.v

Suisei is an idol singer who debuted independently in 2018 before joining the Hololive group. She aims to perform onstage at the Tokyo Budokan. Her deep alto voice is ideal for covers such as Zombieland Saga's "Saga Jihen," as well as her original compositions such as "Next Color Planet" and "Ghost." She also has a reputation as a sociopath, which was established after she violently backstabbed her fellow Hololive stars in a Project Winter playthrough.

This adorable little kitten is the most popular VTuber from VShojo's English-language agency, and it's easy to understand why her "Nyanderthals" like her. Nyatasha is best known for covering rap songs and going off on obscene tangents with lines like "It's not about wiping my ass, it's about sending a message," despite how innocent she appears and sounds.

Nyahello! Sakura, a shrine maiden with a theatrical demeanour and a dubious aptitude for video games, began her career as a freelance VTuber before joining Hololive. Her bombastic attitude is part of her appeal: she gets overly passionate about unimportant games, uses any excuse to stare up a female character's skirt, and swears profusely in Japanese and English whenever she is frustrated. It's never boring to see her shenanigans.

What Does It Take to Become a Virtual YouTuber?

If you've been watching YouTube for a while, you've most likely noticed the VTuber trend, which began in 2017. Instead of displaying their faces, VTubers, or Virtual YouTubers, communicate with their viewers using an avatar. As this trend grows in popularity (and VTubers gain more subscribers), a lot of people are curious about how they do it. Here are answers to all of your questions on how to become a VTuber on YouTube so you may live out your virtual fantasies.

A high-end PC with enough storage space and a powerful graphics card is required for VTubers. A webcam that tracks motion and connects to your computer is required. The most prominent VTubers employ a blue screen and green room arrangement, which simply consists of walls with one color painted on them in the background of their vlogs so that everything looks to be happening inside an empty virtual area while they walk around.

Investing a lot of money in supplies or equipment for your virtual YouTuber setup isn't essential, just like it isn't required for any other creative endeavor. Buying such items may yield greater results if you know how to utilize them effectively but becoming a VTuber may be done for very little money, if at all.

How to become a virtual youtuber?

To become a virtual YouTuber, you'll need a model to play the role of your online persona. There are several other ways to do this, but Live2D is the most popular among elite VTubers. 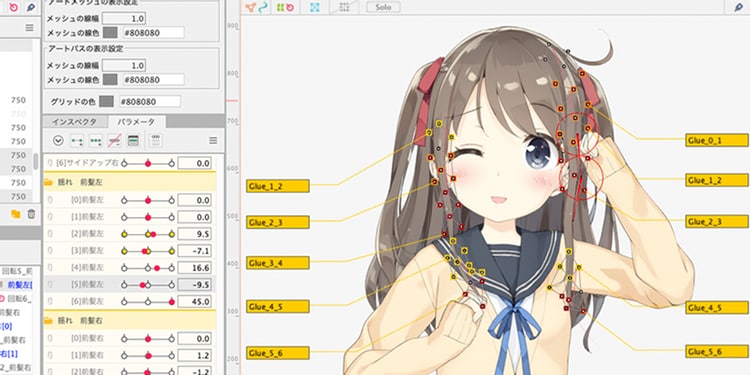 A model must be set up before it can move. In computer graphics, rigging is the process of generating and connecting a rig or bone structure to a model, which can subsequently be animated. When working in two dimensions, this usually entails dividing an image into the pieces you want to move.

You'll want to set up a webcam to track your movements once you've created a rigged model. As a result, your model will adjust to fit you every time you move. Most VTubers only track their faces, but hand movements are becoming increasingly popular.

This portion of VTubing isn't all that dissimilar from creating regular video material. You'll need something to record footage of your model as it moves in lockstep with you. VirtualCast, a free VR communication tool that allows you to be "anyone you choose to be" in a virtual world, may be used for pre-recorded videos. It does, however, necessitate the usage of a virtual reality headset.

● In 2020, the popularity of VTuber content surged. There's no better time than now to become a virtual YouTuber if you've been thinking about it for a long. After all, the nicest part about VTubing is that it's available to everyone with a smart device and a camera.

● As VTubers are always looking for authenticity, you can become a successful VTuber by sharing the things that matter. Keep an eye on VTubers with a large following and observe what they do. Seek feedback to help you improve your skills or ask for assistance if you require it. Create stuff that will pique the interest of others while also maintaining your own.