The YouTube Creator Summit - A Getaway for YouTube's Top Talent

Tons of big-name creators were flown out by YouTube for a week of activities, networking opportunities, interesting speakers, and unicorn petting zoos. We assume.

The Creator Summit is invite-only, and only 120 YouTubers attended including Grace Helbig, Lilly Singh, Matthew Santoro, Eva Gutowski, Jon Cozart, and Hannah Hart. We can really only imagine what went on based on what some YouTubers chose to share with us over social media. That’s how we know there were appearances from off-YouTube celebrities too, like Will Smith and Riz Ahmed. 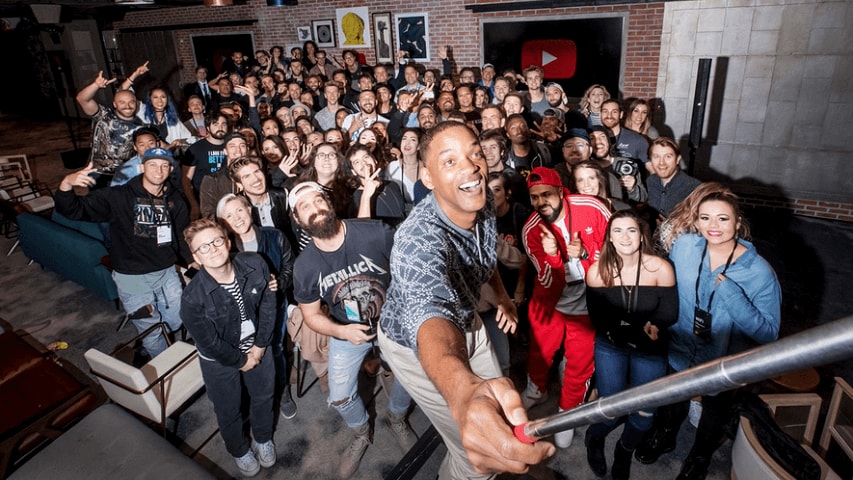 Will Smith was one of the speakers at the summit. Turns out he’s a big fan of Lilly Singh.

Thanks to Nick from nickatnyte, for example, we have a pretty clear picture of the kinds of swag YouTube was giving away.

Nick talks about arriving in New York and goes through the swag box waiting in his hotel room.

There were some clues as to what the rest of the summit was like hiding amongst the swag too. Here’s what was in the box:

The hotel YouTube put the creators up in was in Dumbo, Brooklyn. ‘Dumbo’ is an acronym for Down Under the Manhattan Bridge Overpass. While it used to be primarily an industrial area, Dumbo is now the most expensive neighborhood in Brooklyn with many of the old industrial spaces now serving as luxury residential lofts. Dumbo is also a hub for tech startups.

Tess takes you to some of her favorite places in Dumbo.

Dumbo is home to an interesting mix of ‘past’ and ‘future’. The creators who attended the summit probably had a lot of fun exploring it.

One of the major benefits of attending this summit would have been networking with other creators, but because of how busy everyone was and how awkward it can be to arrange ‘bumping into’ someone YouTube created a way for creators to send each other notes. All they had to do was write a note on one of the postcards YouTube provided them with and stick it in one of the red mailboxes at the event. YouTube took care of making sure the person it was addressed to got it.

S’well bottles are stainless steel beverage containers that keep drinks hot or cold. They retail for around $45. YouTubers invited to the Creator Summit received ones with YouTube branding on them. A good water bottle is a convention/conference essential, so this was a very practical gift.

To help them relax after long days at the summit, YouTube provided creators with YouTube-branded slippers. They look pretty comfy. Plus, now every time these YouTubers look down at their feet they’ll be reminded to go make some videos. 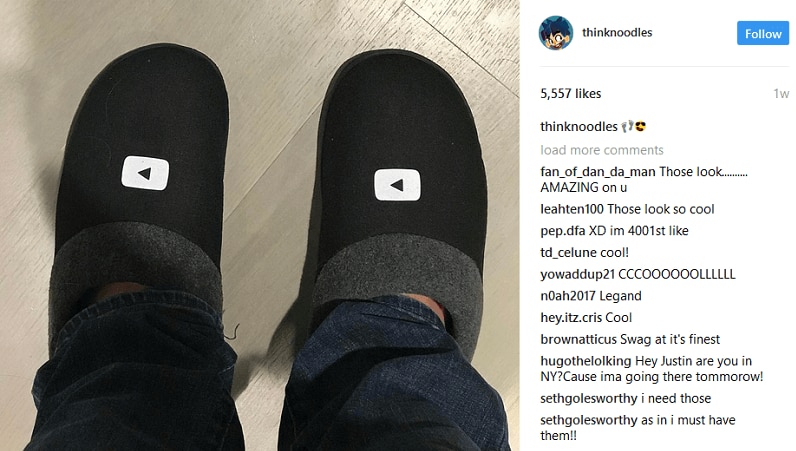 There were numerous custom pins available at different events at the summit. Aside from a complementary Brooklyn and 1 Hotel Brooklyn Bridge (the hotel the creators were staying at) pins, the creators did not receive these in their swag boxes – they had to collect them.

A denim jacket with a play button on it was also in the box. The idea was that creators would collect pins and display them on their new jackets. At the end of the week, they would have a great souvenir reminding them of every event they attended at the summit.

Hannah Hart posted this photo from a river cruise she and other YouTubers went on while in New York for the summit.

Most creators here on Filmora are still trying to grow their channels, but one day I hope you’ll be able to attend an event like the YouTube Creator Summit and tell us all about it!

Want to join the YouTube Creator Summit in the future? We all know that there is a long way to go, but we can start making good YouTube videos now. Remember to use Filmora with the templates and effects to touch up your YouTube videos.

This post will make you learn anything and everything about animated GIFs, the ways to use cool Gifs in my marketing, and how to create unique custom animated Gifs.

15 Amazing GIF Splitter Examples You Need to Bookmark in 2022

GIF Splitting into frames is an interesting activity to do with the right tools. Convert GIFs into frames easily with tools and use them as needed!

How to Make Discord Logo GIF

Know how you can get some cool Discord animated icons through some simple steps. Presenting the latest tool to get animated PFP and logos instantly for Discord.