YouTube TV has a distinctive set of features that make it incredibly enticing — so much so that it is comfortably among the top three live TV providers in the United States in terms of paid subscribers. This is due to a variety of circumstances. YouTube TV is simple to use. It has a channel lineup that is competitive with all of the others.

In addition, the YouTube TV price is reasonable. You can watch YouTube TV on almost any current gadget. And the fact that parent company Alphabet (aka Google) has been heavily marketing it over the last few years hasn't hurt either.

A lot is going on with YouTube TV, and it's only gotten better with time.

YouTube TV, in a nutshell, is a live TV streaming service available in the United States. It's an Internet-based replacement for cable or satellite television that works on phones, tablets, TVs, and web browsers, allowing you to watch TV, in the same manner you always have from anywhere you have an internet connection, whether at home or on the road.

When it first started in 2017, YouTube TV was limited to a small number of areas in the United States. That changed in 2019 when a significant expansion included support for all 210 markets. It has also substantially grown its channel library throughout the years. There are currently over 85 stations available on YouTube TV, including four major national broadcasters: ABC, NBC, CBS, and Fox.

Despite its name, YouTube TV is not a part of YouTube; Google maintains both as different companies. However, there are some instances where the two overlap, such as with YouTube Originals, which essentially means that you may end up viewing a few series on both platforms. Nonetheless, YouTube TV is not the same as YouTube, and you'll need two apps on your streaming device to access both. 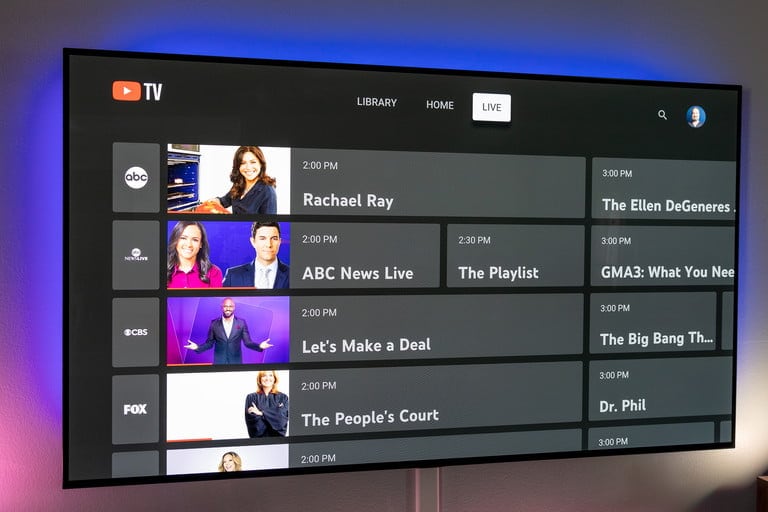 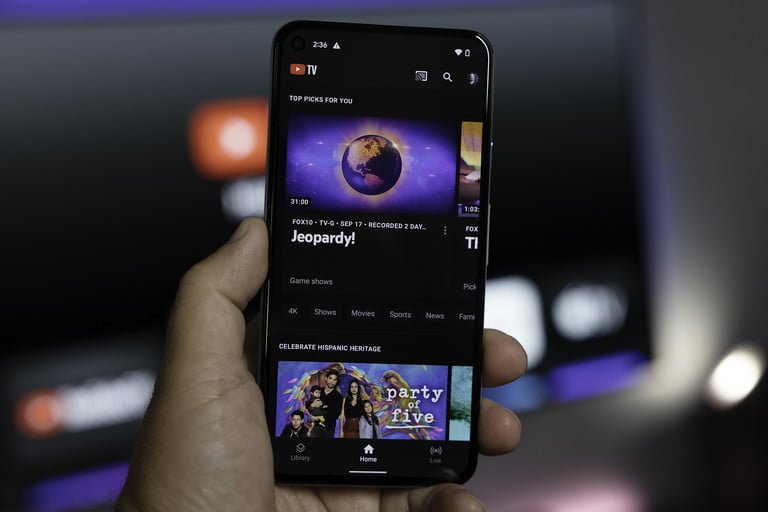 While the price has nearly risen since then, it is still a better option than any of its premium competitors, including Hulu Plus Live TV, FuboTV, and DirecTV Stream. Aside from channels, YouTube TV is simple to use, stylish, and fast on a range of TV and mobile devices. Its cloud DVR is the best in the business, with unlimited storage and nearly all of the features of a hardware DVR like TiVo.

YouTube TV is distinct from YouTube, the free video site with over 2 billion monthly users. With live channels and on-demand programmers available on a variety of devices, YouTube TV offers a similar experience to cable television. It is compatible with Apple TV, Roku, Android TV, Chromecast, Amazon Fire TV, and various other smart TVs, phones, tablets, and web browsers.

YouTube TV allows you to watch live and local sports, news, and entertainment from more than 70 channels, including ABC, CBS, FOX, NBC, ESPN, HGTV, TNT, and others. YouTube TV also offers local and regional content, providing complete local network coverage in over 98 percent of US TV households. YouTube TV is an online streaming service that allows customers to watch live television on computers, phones, and other compatible devices. It requires a high-speed internet connection and is a practical alternative to cable television for those wishing to cut the cord.

YouTube TV offers a variety of paid add-on channels. These are channels that need a fee in addition to the regular YouTube TV fee. However, this is the greatest method for accessing uncut and unedited movies on YouTube TV.

The following are among the premium add-on channels available on YouTube TV:

The current monthly fee for YouTube TV is USD 65, Plus tax, which brings the total to around $72 each month)

That isn't to imply that's the only price you'll ever pay for YouTube TV. It has various alternative add-ons that offer you access to even more episodes, movies, and sports for a cost. The option to view some shows and sports in 4K on YouTube TV is a new huge one.

The following are the optional add-ons for YouTube TV:

On-demand shows and series such as What We Do in the Shadows, Struggle Meals, American Titans, Snowfall, and others fall under this category. But it shines when it comes to live sports from networks like ESPN and NBC. Offline watching of recorded programming is also available with 4K Plus, as is the opportunity to watch on your home network as many devices as you like.

New HBO Max Originals and included networks, as well as all of your favorite legacy HBO content.

Entertainment plus ($30 per month):

This service provides a wide range of entertainment options. HBO Max, Showtime, and STARZ are all included.

All out-of-market games are included.

Movies and programs of high quality. It has a 14-day free trial.

Movies and programs of high quality.

All of your favorite Hallmark movies and TV shows. It includes a seven-day free trial.

What is the maximum number of people who can watch Youtube TV at the same time?

YouTube TV lets you stream content to up to three devices at once, and you may share your account with up to five family members. You can get unlimited streams over your home Wi-Fi if you upgrade to the 4K Plus plan ($19.99 more per month).

You can reactivate watch history at any moment to use this function. To indicate that a video was seen on a mobile device: Find the TV show episode you wish to watch and mark it as watched. That was a long press on that episode.

Is Youtube TV available for free with amazon prime?

While Amazon Prime does not contain YouTube TV, it may be downloaded and installed on a Fire TV device. YouTube TV is a live TV streaming subscription service that is not free with any other subscription. Amazon Prime customers do not get free access to YouTube TV.

Is it possible to stream Youtube TV outside of my home?

While traveling in the United States, you can watch YouTube TV; however, the available shows may differ depending on your location. Local networks in the area you're visiting. Please keep in mind that you cannot record local programs outside of your home area. You'll see the live version that corresponds to your current location.

Where does Youtube TV get information about your location?

Google asked for our ZIP code when we originally joined up for YouTube TV, which established our Home Area. Then, we confirmed this position using our iPhone's device location permissions. This location dictated which local affiliate networks we could view, but we couldn't watch these networks while traveling.

● If you have a relatively recent phone, tablet, TV, or computer, there's a good chance you'll be able to view YouTube TV. Because the watching experience is so similar across platforms and devices, YouTube TV is one of the most mobile-friendly solutions. However, it requires Wi-Fi or 4G to function, which means it lacks the offline capabilities of other alternatives.

● YouTube is popular among cord-cutters because of its extensive channel options. You'll have to sift through the entire list of supported channels in your area to see whether it contains what you're looking for. If so, YouTube TV may be all you need.