Filmora Video Editor
The best game recorder for you to capture and edit popular gameplay.
Try It Free Try It Free
Recommend by

Discord is one of the fastest-growing instant communication platforms. It started as just a messaging and voice chat app for gamers but today it has expanded into every PC. From gaming to just general chatting, it is used by everyone. Discord also provides bots and features to expand the user's experience. One of the types of bots that are available on Discord servers is music bots.

This article covers everything you need to know about Discord Music Bots:

Part 1: What is Discord Music Bot?

Discord allows users to create servers where they can then invite their friends or people who have the same interest, or people playing the same game. Discord servers are like a big group chat but with many more features. Music Bots allow users to listen to music while they play games or just chat with their friends. Discord Bots are created like a virtual Discord user. To listen to music you have to join a voice channel and then run a command specific to that bot to make it join the voice channel and start playing music.

The first one on the list is Probot. It's a simple to use Discord Music Bot that focuses on High-Quality music and ease of access.

Probot also provides lag-free music streaming. So, you wouldn’t have to worry about bad music quality or lags while you play games or chill with your friends.

Probot has a large variety of commands which means that you can do lots of things with Probot music boot.

You can play music with a link from YouTube, Spotify, Mixer, and any other major platform or you can search for a song by just typing out the name after the play command (-play [song name/link]). You can also create song queues, loop songs, shuffle your queue, display lyrics, and every other music adjustment command.

Probot provides many advanced features so you won’t have to cluster your server with many other bots as this one provides it with all. Although it is a free music bot, if you buy the Premium version, it provides you with extra audio manipulating commands like bass boost and nightcore, etc. 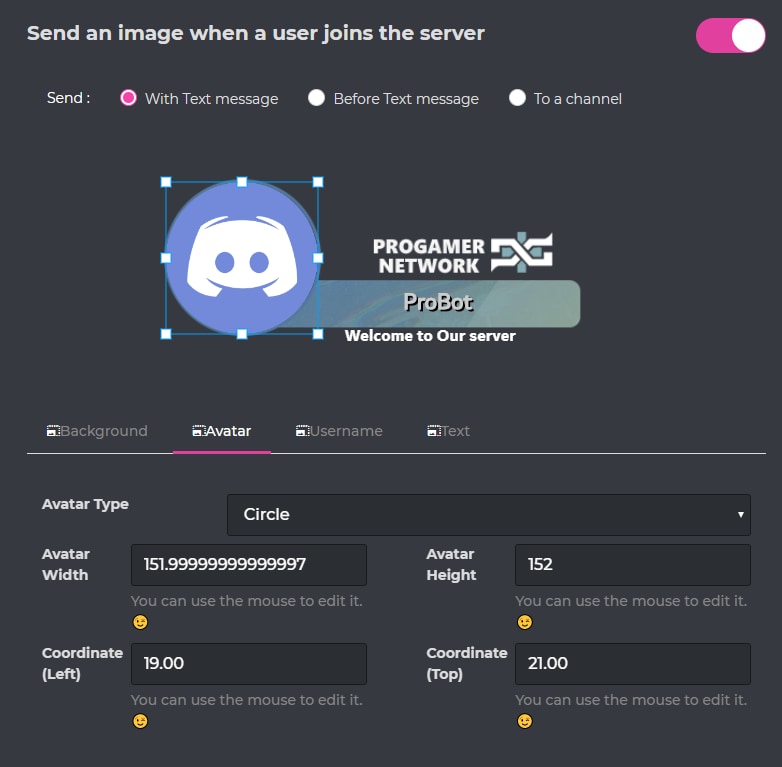 The second bot on the list is Rythm. It was created for the sole purpose to provide users fast easy access to all their music so that they don’t have to spend time out of the game trying to work out the commands for the bot.

It offers more features than any other bot dedicated to this purpose with constant updates so that it keeps providing the best high-quality music as always. With concise and specific commands so that you don’t get lost typing out special characters. For example, if you want to play a song, just type play and then a link to the song or the name of the song (play [song name/link]).

You can apply any music command using this bot from queues, loop, shuffle and lyrics to even playing your very own YouTube playlist.

Octave is a free Discord Music Bot that has been around for 4 years and was previously known as Gnar. Octave is like other music bots. It provides lag-free music streaming from all major sources being Youtube, Soundcloud, Mixer, or Spotify.

One of my personal favorite free music bots is FredBoat. It’s more like a Spotify inside discord. It can play from Youtube, Spotify, Soundcloud, and even twitch.

FredBoat allows you to create your very own playlist which you can then play from inside discord by just typing out one command. You can also stream live from YouTube and Twitch.

FredBoat was originally created for smaller servers but it now also provides a permission system to keep trolls at bay. 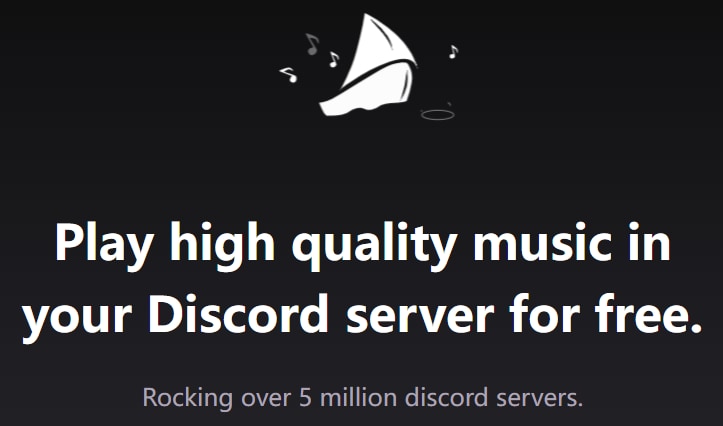 Vexera is another free music bot to increase the discord experience for you and your friends. It gives smooth lag-free music playback with High Quality. It’s currently a part of over 300,000+ discord servers which proves its worth and trust level.

Vexera is a multi-purpose bot. Along with music it also provides moderation and automatic Greeting and Farewell messages to whoever enters or leaves your server.

In my opinion, MEE6 is the most diverse discord Music Bot with not only music but many more features all in one. It allows you to play smooth and fast High-Quality music while providing administrative and recreational features as well.

It also provides amazing auto-moderation to keep your server safe from trolls, toxicity, and abusive language by auto muting, banning or kicking people according to your specific set instructions.

This Music bot was inspired by the Adventure-Time Character BMO. This music bot is fun to use and provides the functionality of a high level of bot.

It is the best bot, in my opinion, to liven up your server especially if it has a general chat room.

24/7 is another one of my favorite free music bots. It not only provides high-quality music streaming from major websites like YouTube, Spotify, and mixer. But it also allows streaming from any radio station around the world.

24/7 was created by Deluxe to provide non-stop music for its users. It has a small number of commands to keep it concise and to the point.

The premium version can be bought for $2.47 which along with the commands unlocks these features:

But if you like the bot you can get the $7.24 version which provides all the above-mentioned benefits and a message on your server stating that you donated to the creators of this bot.

The Best thing about 24/7 is that it can stream any live event from Youtube as well. So, you can listen to a talk show, a podcast, or any other live event while playing your favorite games.

A personal favorite that I have on my server is Mantaro. It, like all the bots mentioned before, provides great quality music streaming from all major sources.

This bot is the go-to for an anime lover or an anime discord server. It comes with everything you need to make it fun, lively, and interactive even when people aren’t playing games and just chatting.

Mantaro makes your server into more of a second life for you.

ErisBot is a strong and very simple-to-use music bot.

The best feature about ErisBot that separates it from the rest is that it allows you to create your very own custom prefixes for the commands.

One thing I noticed is that sometimes instead of playing audio from the YouTube link, it starts playing the video. Maybe it mixes up the commands or whatever. This is something you’ll have to keep in mind while using Eris Bot.

Part 3: How to Add a Music Bot to Discord?

Adding a music bot to your server is very simple and only takes one click. Just go to the Website of whatever Music Bot you wish to add. Then all you need to do is click on the “Add to Discord” Button.

This will then take you to a page where it will ask for a server to enter and also list other things it’ll gain access to.

Just choose the server you wish to add the bot to from the drop-down menu and click continue.

After that, you’ll have to prove your humanity and that’s all. The bot has now been added to your selected server. You can find it in the members' area to the right. If there is no member area then just click the Members tab at the top right corner of the screen to view all the members on the server.

Part 4: How to Play Music on Discord?

Playing music on discord using a bot is as easy as pie. All you have to do is go to the website of your specific bot and look up the commands. In this example, we would be using Groovy Bot.

Another way to check commands is through your discord server. Type –help for Groovy and similarly for every other bot ([specified prefix]help). It will then state how you can check the commands for that bot.

Then in your Discord server after joining a voice channel, the type that commands with a link to a piece of music or the name (-play i dont think i love u anymore) if your bot allows that and the bot will join the voice channel and start streaming music.

You can also loop the song currently playing by typing the –loop track command. And loop your whole queue using –loop queue. You can turn the loop off by –loop off.

If you want to add another song to a queue, just use the same play command and Groovy will add that song next in the list. You can view your queue using the –queue command.

In the end no matter what bot you choose, it doesn’t matter as long as you have fun and love the features it provides. There are a lot more bots out there but in my opinion, these are the best, most famous, and most trustworthy providing the best music playback quality.

Thank you for your comment. We will review it within few days.
You May Also Like
What is Discord PFP and How to Make an Attractive PFP for Discord

What is PFP in Discord? What should I put for Discord PFP? In this guide, we’ll explore top Discord PFPs, including top tips, techniques, and tools to help you.

What Is Discord Nitro

The premium subscription service for Discord is known as Discord Nitro! Want to learn more about it? Read on as we elaborate.

Here we’ll take you through the best options for Discord on browser, on Windows and Mac and on mobile, so that no matter how you use Discord, you can record those epic gaming sessions or those study groups for you to revisit later.