The GoPro Karma is this second or GoPro has created and hopefully a much more refined version than the drones that GoPro first launched in October. The original version of the Karma drone was recalled just 16 days after its initial launch when many drones were losing connection and battery power at certain altitudes. GoPro discovered a fault with the battery popping out of place causing immediate power loss and returns the drone to the drawing board to produce improved versions of the device for release. 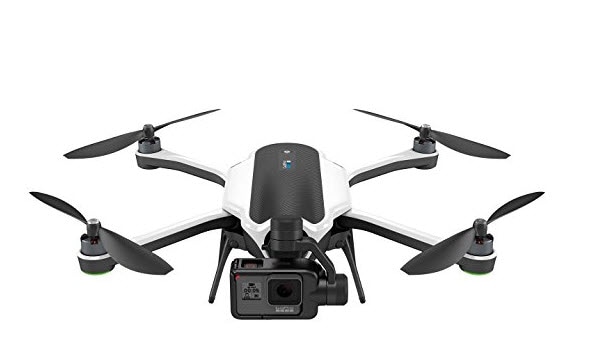 The rerelease of the Karma drone has fixed the battery removal issue by adding in auxiliary latches which secure the battery in the future. This was the only major change that GoPro made originally but the newest version includes a number of additional features as well.

Apart from the battery latch, GoPro introduced auxiliary features such as a tilted horizon line for improved imaging as well as quieter propellers. The rerelease of the Karma drone is a much more polished product that is more suitable for reviewing as well as improved for general use. But does the Karma drone matchup with major contenders in the marketplace such as the Parrot or the DJI phantom line?

Pros and cons of GoPro Karma

The overall verdict is that this is a fantastic drone for capturing stunning images but it doesn't have the easy flying mode or the battery life to compete with some of the best drones available at the same price point. Although you might have to sacrifice a bit in image quality when compared to a GoPro camera with some competitors, it's often worth it for value knowing that you can capture the shot and maintain control over your drone.

Karma without a GoPro Camera: $799

The GoPro Karma drone design is really built to house the camera rather than produce a drone that is simple and intuitive to fly. Although the flight performance is fairly good for its automatic shooting modes, it can be pretty tough to pilot the drone without a bit of practise. The design is quite resilient and lightened which keeps this drone extremely portable.

The battery life of the GoPro Karma is one of the weakest points of this drone there are many other drones in a similar price point including the DJI mavic that can stay in the sky for over 25 min. with a wealth of other intelligent controls and a similar shooting quality. With a flight time estimated at 20 min. from the 5100 mAH battery, most test flights last around 17 minutes. The drone takes at least an hour to recharge and the controller and grip also need to be regularly charged in order to maintain connection with the device.

The flight performance of this drone is basically added best when the drone is placed in one of 4 of the automatic shooting modes. The GoPro doesn't have that many when compared to some of the competition and they are really just the option to shoot ahead, shoot on fixed point with the drone moving, shooting on a point of reveal as well as shooting in an orbit around a subject.

Orbit: In this mode, the drone will orbit around a fixed subject.

Dronie: In this mode, you can take a selfie while the drone zooms out and away from you.

Reveal: In this mode, Karma will fly towards a subject and slowly rotate the camera gimbal up to the horizon.

Cable Cam: In this mode, you can set two points in the sky and then make the drone fly back and forth between those points over and over again. 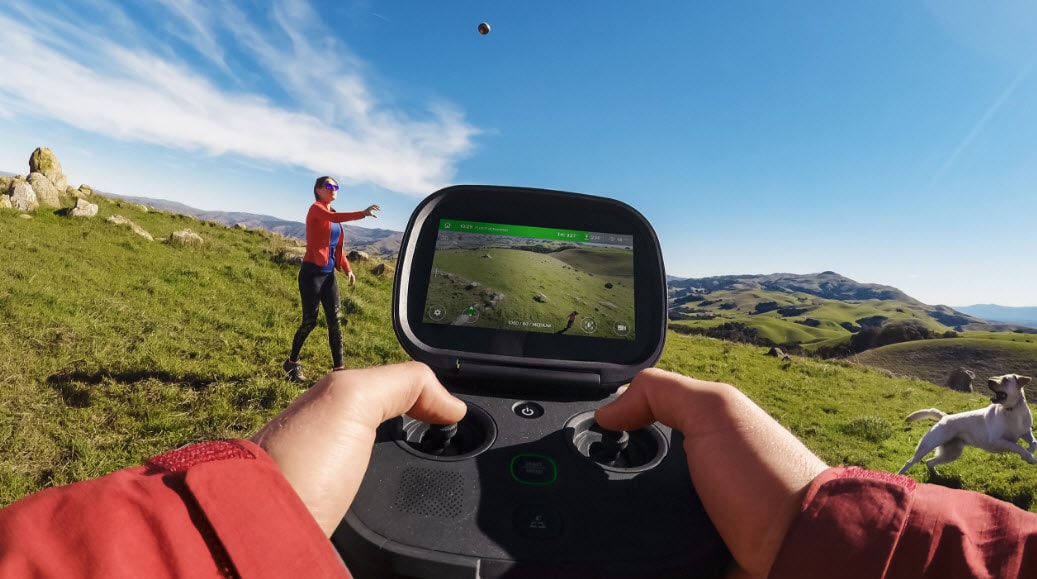 One thing that the GoPro Karma did especially well was creating a beautiful controller. The RC controller is relatively small but it feels exactly like playing a videogame with plenty of functions and no need to have a compatible device to use the drone. The other extremely strong point is the camera. Nobody can build a great outdoor camera that is it as resilient as a GoPro with the Hero 5 Black version of this drone capable of shooting in 4K with an astounding video quality, you can catch some amazing video as well as incredible still images on this drone.

Overall, the GoPro Karma is a fairly strong showing for a drone. Although it can be expensive when compared to the specifications on some of the other drones, if you do have some experience flying drones and you are looking for a great image quality, this could be the choice for you especially if you are looking for a portable drone.

Thank you for your comment. We will review it within few days.
You May Also Like
Top 9 Drone Video Editing Software for Different Level

In this article we are going to tell you 10 best drone video editing software for you to use. You can use them to edit DJI drone video and other popular drone devices. Check this top 10 drone video ed

If you are interested in getting one of the best hobby drones on the market, Parrot AR drone 2.0 is a fun gadget to pick up to learn how to fly a drone.

Syma X5C is designed with all good features that a beginner demands from his drone.