Download on the App Store
Get it on Google Play
Download
Download
Call us: +1-60-4343-8521
Mon-Fri 6:00 PM to 11:00 AM Pacific Time
International phone rates may be charged by your service provider
Filmora Video Editor
Smoothly and conveniently capture all kinds of game videos without missing frame.
Try It Free Try It Free

MMOs are among the most ambitious and popular PC games. The MMO industry generates 10 billion dollars a year and reaches audiences much larger than that. You can find plenty of both free MMORPG games and paid MMORPG's. World of Warcraft, for example, has players who have cumulatively spent more time on Azeroth than the human species has existed on this planet for 6 million years. The underlying idea behind all these big numbers is a simple one: anyone, anywhere, can become anything in this virtual world (and grind out some loot along the way).

Unlike the text-based multi-user dungeons from which MMOs evolved, today's MMOs are incredibly sophisticated. These games offer the best of the genre, be it as humanoid cats or as ruthless dictators. We've rounded up the best online games you can play today to celebrate that awesome lineage—and help you find the one that is worth your time. To make things simpler, we've also categorized them to give you a good idea of what makes each game exceptional. Also, we will share a list of free MMORPG games, so you don't need to worry about paying anything to play these games.

You can check Best Clicker Games to Kill time>>>

Understandably, you may think the world of Warcraft isn't a free MMORPG. So why is it listed? You can play the first 20 levels of the game for free, and since 20 levels mean a lot of time in World of Warcraft, you should have no problem playing it all. It is for this reason that it has been included on this list. 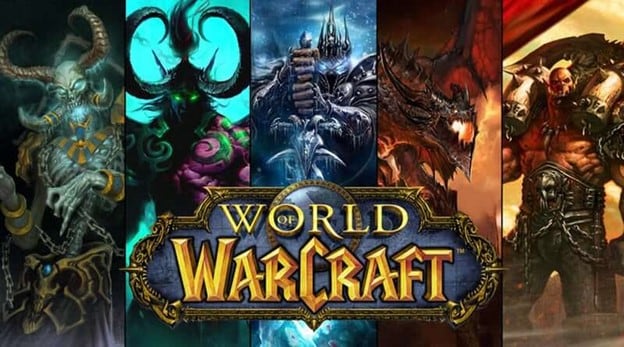 There are not many people who are unfamiliar with the world of Warcraft. It's a game that's synonymous with the MMORPG genre. It offers players an expansive, ever-expanding universe filled with content to discover. All the elements of a quality MMORPG are present in this game, such as character customization, a persistent open world, and a compelling storyline. Getting started with World of Warcraft should be your top priority if you haven't done so already. A game like this shouldn't be missed.

Another free MMORPG for beginners to start with, Guild Wars 2, has an interesting storyline that changes based on your decisions. You won't find that in other games of its kind. As with most other MMORPGs, the game includes general features like character customization, crafting, and strong PvP and PvP elements. 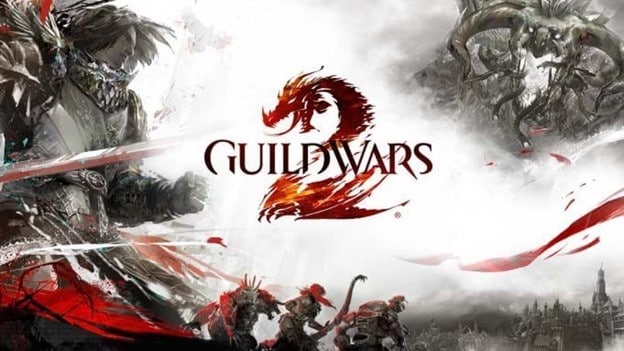 It takes place in the fantasy world of Tyria and lets players explore a vast persistent world alone or with friends. As part of Guild Wars 2's story, there are also a number of instanced environments that players will encounter. Guild Wars 2's dynamic action-based mechanic makes leveling up far more enjoyable than World of Warcraft, which is sometimes considered a grind. If you're tired of the monotony of leveling up in other MMORPGs, this game is for you.

Secret World Legends is another recent convert to the free-to-play model. The game is defined at least partly by its setting, which is the stuff of conspiracy theory crackpots' dreams (or their worst nightmares). A world shrouded in mystery and filled with supernatural horrors is characterized by secret societies, mythological creatures, and evil cults. This game's events are given a dramatic sweeping sweep by some killer sound design, which effectively amps up the tension. 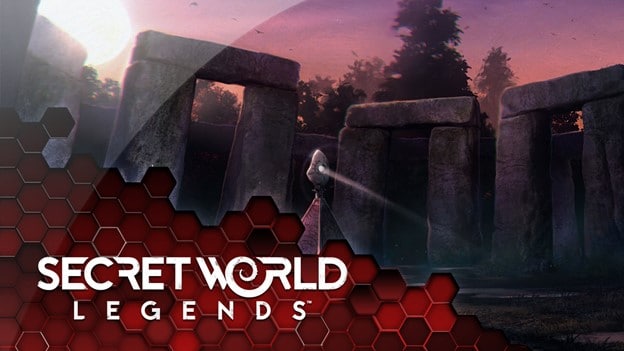 The game's dedication to storytelling is one of its strongest features. Instead of the standard MMO trope of allowing players to queue up an out-of-control number of quests with no sense of overarching purpose, the Secret World focuses on a small number of quests at a time with clearly defined goals. The game's narrative is emphasized by narrowing the focus, and its writing and atmosphere are showcased, which is of a fairly uniform high quality.

Try Star Conflict if you like space exploration. The free MMORPG puts you in the role of a space pilot seeking out alien treasures scattered all over its expansive universe. During Star Conflict, you are tasked with collecting various spaceships, for example, fighters or massive satellites that you can float in space. 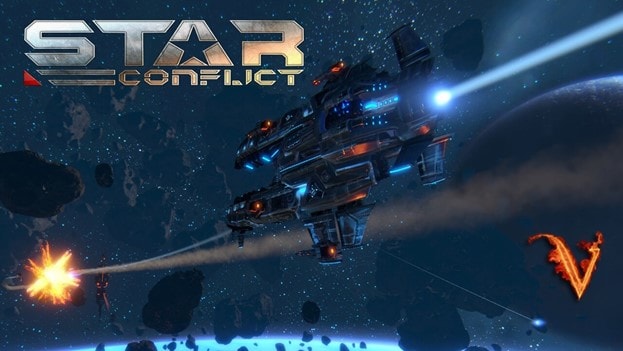 There are a variety of PvE quests and raids in the game, where you have to fight alien squadrons and space pirates and PvP while floating around in outer space in your spaceship. You can also customize your spaceship using various weapon types or ship modules organized under a tech tree. Another great feature of Star Conflict is that it allows players to experience the game in virtual reality with Oculus Rift.

Throughout your apotheosis, you become a god, gaining followers, and ascending to godhood in a sci-fi world fully equipped with advanced technology. That's true, all those words do not typically go together, but let's not give up just yet. When you can make your own god in Skyforge, why be a mere minion in a vast world filled with other loot-grinders? 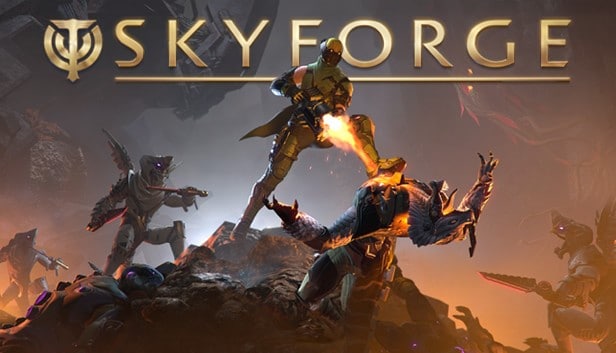 Unlike many typical MMOs, Skyforge offers players the ability to change their class at any time, so matchmaking is smooth and level progression is no longer necessary. In the prestige system, characters are ranked according to their general stats rather than by leveling up. Skyforge offers a nice diversion from other MMO's grind by changing traditional MMO systems, offering a fascinating sci-fi world, and offering action-oriented combat.

DC Universe Online, an online MMORPG with custom abilities, offers the opportunity to build your own superhero and play with well-known heroes from the DC multiverse, such as Wonder Woman, Superman and Batman, among others. 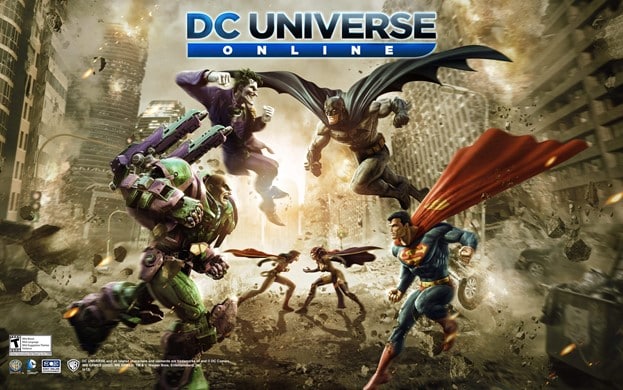 In addition to its unique combat tab-targeting system which makes it stand out from other games on this list, it also makes the game more user-friendly for players. As well as having a captivating storyline, cool gear to collect, and levels that allow players to choose how they want to progress in the game, DC Universe Online offers many other features that will appeal to gamers.

7. Lord of the Rings Online

The Lord of the Rings Online is an MMORPG based in the impeccably detailed LOTR universe that is perfect for fans of medieval fantasy and Tolkien's Lord of the Rings. With the game, players go on a journey across Middle Earth, fighting alongside familiar characters and exploring locations such as those in the movies. 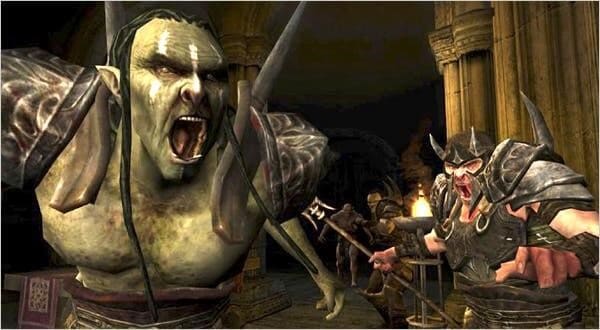 There is just one small exception to the gameplay of Lord of the Rings Online, but it's no different than any other MMORPG on this list. There are no large scale PvP opportunities in LOTR Online, since all characters in the game are on the same side. It instead provides players with a Monster Play mode that allows them to create a monster at level ten and battle other players within Ettenmoor.

Many familiar elements are found in the series and films that are as enjoyable to discover as they sound. Fan service is done right in Star Trek: The Original Series by blowing up borg cubes, strolling Deep Space Nine's promenade, or beaming down to exotic planets as part of an away team. A new story expansion on the Alpha Quadrant, launching at the end of January, offers new gameplay content set in a previously unexplored sector, as well as a number of recent limited-time events and minigames.

You can do pretty much anything in ArcheAge, a medieval fantasy game that takes you to a medieval fantasy world. If you want to be a powerful warrior, you can do so with a huge sword of your own and a big group of friends at your side, or you can become an economics expert and take on the challenges of farming and trade. As a pirate, you can rob traders and plunder their goods. 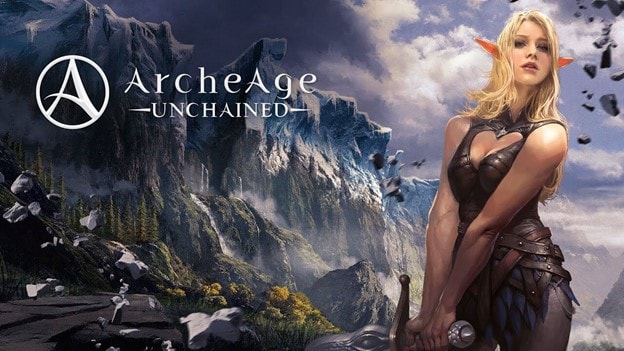 Additionally, Mounts and Travel play an important role in ArcheAge. On top of riding wild animals such as lions and deer across its colossal world, you can also take to the air and sea. You can sail the oceans in anything from rowboats to warships, and there are also aerial modes of transportation like gliders and airships. Archeage shows how dedicated Trion is (and the resources that they have available to them) in its polish and longevity.

EVE Online is still the premier space MMO, and it has been the source of many memorable gaming stories, owing to the way it focuses on a few elements and excels at them. As well as meticulous simulations and systems, CCP pays attention to its dedicated community and responds appropriately, as it is often their subscribers who make the decisions. 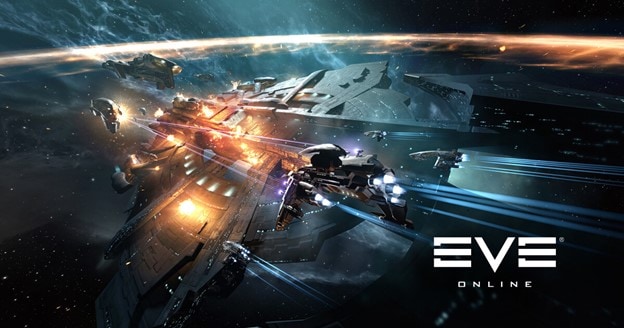 Although detractors dismiss EVE as spreadsheets in space, the criticism highlights one of its strongest points: its real and thriving economy. It is said that in-game intrigue has spilled over into the real world on occasion, as the corporations and alliances in EVE take their business very seriously. No other game can compare with EVE Online's depth, nuance, complicated diplomacy, and expansive space battles.

There are countless free MMORPG games that you can find online, but the above-mentioned are some of the best games we picked for you. If you feel like making a streaming video out of it, check the video below.