How to Write A Screenplay In An Easy Way?

Looking for someone to explain to you what is a screenplay? Let us do the job and tell you everything about screenplays and how to write a screenplay.

Writing a screenplay for what you aim to create is essential as it defines a path and gives a predetermined look at what will be said and how things will work. Getting the concept of your production in written form automatically organizes a lot of the stuff. A screenplay consists of every bit of information regarding visual art.

Part 1. What Is A Screenplay

A screenplay is a written document of any visual art. You can write a screenplay for any TV show or movie. The screenplay is a type of script that additionally includes the scene direction and acting instructions. A screenplay is referred to as a blueprint of the entire production. A specific screenplay structure differentiates between the dialogues, action lines, and the characters.

There is a fine line of difference between script and screenplay. Not everyone is aware of that, so let's talk about script vs. screenplay. Not all scripts are screenplays, but all screenplays are scripts as the script is a written text document for any movie, comic book, video game, or even any television show. In comparison, the screenplay is specifically for film and TV shows.

A scriptwriter writes a script. On the other hand, a screenwriter is a person who writes a screenplay. A screenplay consists of props, location, information about characters, camera angles, dialogues, and whatnot. Whereas a script generally holds dialogue and settings. So, the screenplay covers more information and is detailed than the script.

A proper screenplay format example must have all the dialogues. It must contain action lines and character names. It is highly appreciated if proper scene headings are mentioned. Using parentheticals is also essential.

Part 2. 8 Tips to Help You Write A Screenplay

Writing a screenplay is not difficult if you have sufficient knowledge. If you start working without clearly knowing everything about a screenplay, then you surely will find it difficult. The following section will guide you completely about how to write a screenplay by sharing multiple valuable tips. 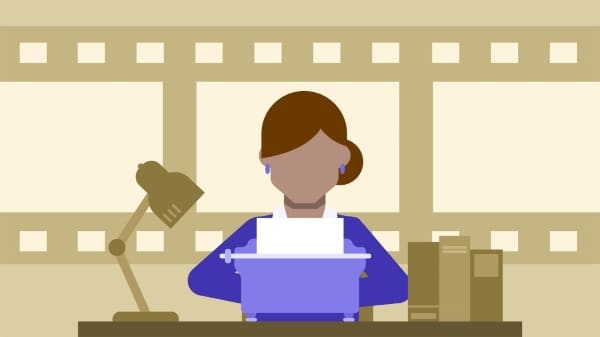 1. Characters and Their Traits

2. Introduce the Obstacle and Create the Atmosphere

A screenplay is everything that is involved in the production, so while you write a screenplay, it is key to introduce the obstacle early. This makes the story more compelling and believable to the viewers. Also, along with that creating an atmosphere is equally important.

You can create the atmosphere using natural elements or even the location. Action lines explain the screenplay's tone, visual experience, and pace.

An appropriate slug line can change your game. Using a slug line while writing a screenplay that explains every inch of the set by its name is another pro-tip for good screenplays. It's not at all tricky. Using simple and easy language to convey the scene will spontaneously help the reader understand what this scene will have and the environment.

So hence when you are preparing the screenplay, your action lines should focus on describing what is happening instead of talking about the things. The material things only set the environment, whereas the gestures convey the story. So using easy slug lines to understand everything and using efficient action lines is the secret for good screenplays.

Ever heard about daydreaming? Have you ever tried that? If not, then let's give you a purpose to daydream. Visualizing your story before anything is crucial. You can never visualize a good story if your mind is not open.

Go out, get some fresh air, take a walk around your block and keep visualizing the story. This will help you in outlining the story instead of adopting the old-school method of sitting on your table and building the outline. You can try something new and get a better outcome.

Just visualizing is not enough. It is essential to have complete knowledge of what the story is, how it will end, and how the story will progress. The entire story needs your focus and attention. So, while writing the screenplay, you should keep an eye on every aspect of the story.

Taking the scenes side by side while making smooth progress towards the end of the story is what a good screenplay must do. Once you have finalized all the progression routes from the start to the end, it will be easier for you to summarize the story into chapters.

The trick here is to learn how you can externalize what someone is thinking and internally feeling. Keep in mind that you cannot write anything in an action line that the viewer cannot see or hear.

Another significant element that requires great focus and attention is the first appearance of any character. You can never decide how you want to plot the entrance scene at once. You can think and plan different ways through which you intend to introduce the character. The costume for that every scene must be according to the personality traits you have mentioned in the screenplay.

So, while you write the screenplay, keep in mind that the action lines and the camera directions clearly tell you about the scene and how the character will make their appearance.

The screenplay is finalized after a rewrite by the Director. If you preplan the camera directions, then things get a lot easier. The shooting process is hence very organized because the path is predetermined. The camera directions can be expressed using the action lines that tell you where to focus, where to zoom in, and where to fade away in the dark.

The article has shared the most information regarding screenplays and how to write a screenplay. Not only this but we are also going to share about a video editing software. After reading and learning from this source, we hope you will get better at writing a screenplay.

Wondershare Filmora is the magical editing software you can use to edit your videos. You can add effects and transitions to your content. Filmora has a very basic and easy interface that everyone can easily use. It has a vast asset library that offers many different audios, editing effects, images, etc.