Do you want to get rid of problems related to different file formats? Let's share the 10 best video players for Windows 11 to end this problem, once and for all.

Whether it's work or entertainment, you come across videos of different file formats almost daily. It is so annoying that you play a video on your device, and it displays some errors. This is because not every video player is good and up to the mark.

Do you know what way to go in this scenario? Let us guide you. The article below will walk you through the 10 best and free all format video players for PC, which are a must to know in 2022. Let’s begin!

Not every Windows 11 video player supports all file formats, but certain amazing video players are free to use, and additionally, they support a wide range of formats. Let's discuss them one by one.

For all Windows 11 users, this video player is great news for you because Microsoft has finally released a media player app for Windows 11. With this, the struggle of using a third-party video player will now come to an end.

The user interface for this media player app is sleek, clean, and minimal. The video player for Windows 11 offers a dark mode, semi-transparent materials, accent colors, and other options. Windows 11 Media Player is great and made it to the top 10 because it is an all-format video player for PC, for instance, AVI, WAV, MPG, WMV, MP3, and others. 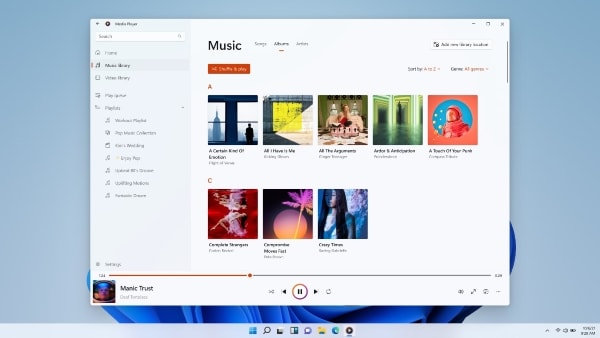 Do you know about any open-source media players? VLC Media Player is not only an open-source but also a cross-platform multimedia player. This Windows 11 video player supports video compression. Users can play any video files from webcams, discs, and even streams with this video player.

VLC Media Player is famous because it supports almost all file formats and supports codecs like , WMV, MPEG-2, MPEG-4, etc. The media player does not contain ads, user tracking, or spyware. Moreover, the software also offers a video filtration feature. VLC Media Player can also decode videos, and it is highly trusted and widely used. 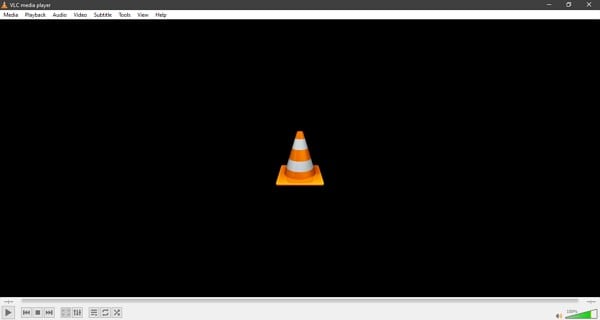 Are you ready to learn about a media player that can play 360-degree video and 3D videos? We are talking about PotPlayer, a media player developed by a South Korean Internet Company. As the media player supports 3D videos, it also supports various types of 3D glasses for a better experience.

Do you know what else it has? Overlay support and also Direct3D9 Ex Flip Mode. The video player for Windows 11 is compatible with various devices like TV, HDTV, DVD. Along with all this, PotPlayer also supports many subtitle formats like DVD, Blu-Ray, SRT & SMI. 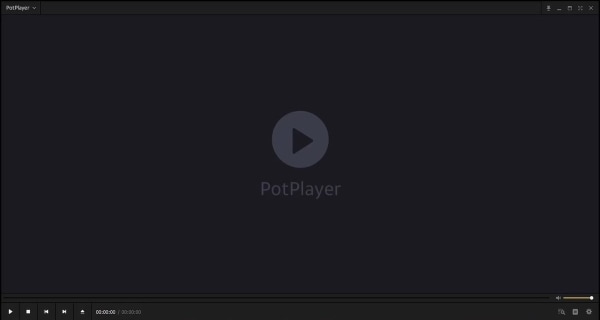 The video player is a practical codec finder with a clean and simple interface. Additionally, the free-to-use video player also supports 360-degree video views. The design of the software is very minimal, with countless features. 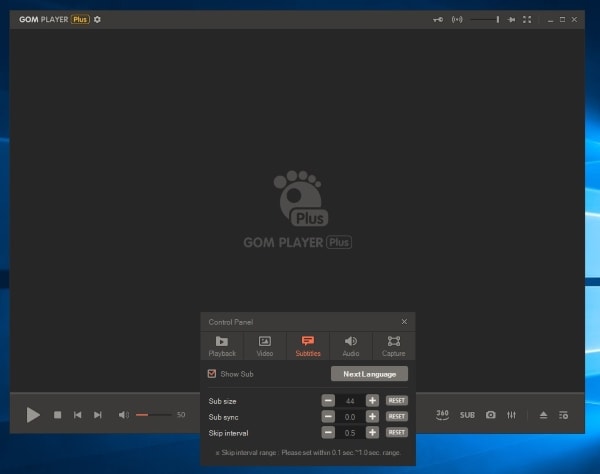 Do you know any media player that has a built-in video codec library? Well, 5KPlayer does have a codec library that supports different video formats, DVDs, etc. The media player is GPU accelerated and is very powerful. Moreover, it is an HD and 4K video player.

This Windows 11 video player supports a lot of video formats like WEBM, MPEG, WMV, FLV, MP4, and it is free to use. With 5KPlayer, you can easily stream media files as it supports DNLA wireless and AirPlay. The media player can even play ultra-high-definition clips easily. 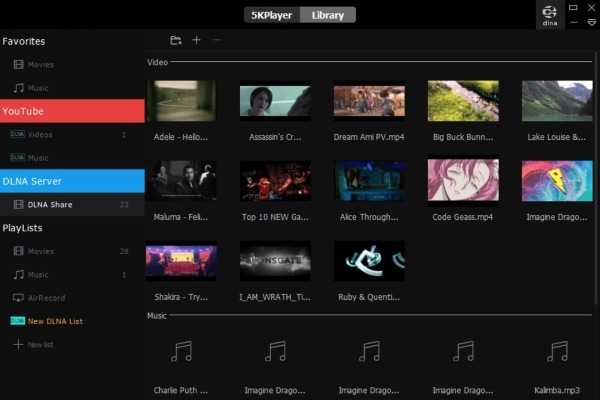 MPV Player is a top-notch video player for Windows 11. It is free and open-source software. It is famous for its wide range of supported media formats, like DXVA2 and VAAPI too. MPV Player does not have a good interface but still provides basic video controls.

MPV Player is simple and effective at the same time. You won't find a Windows 11 video player that does not consume a large number of system resources. MPV Player supports scripting like JavaScript and Lua Script, unlike normal media players. 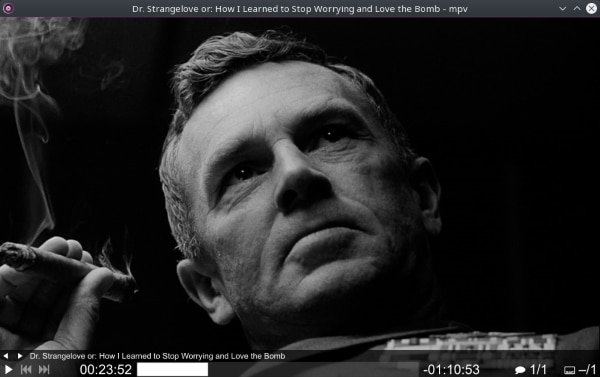 DivX Player is considered the best Windows 11 video player. This software allows playing advanced codecs like HECV, MKV, and AVI. You can play media up to 4K resolution. DivX Player is free software that allows you to stream on DLNA (Digital Living Network Alliance).

The interface for DivX Player might be simple, but they have not compromised on the features provided. DivX Player is the first media player that is offering free playback. It has a built-in media library from which you can keep track of your videos. 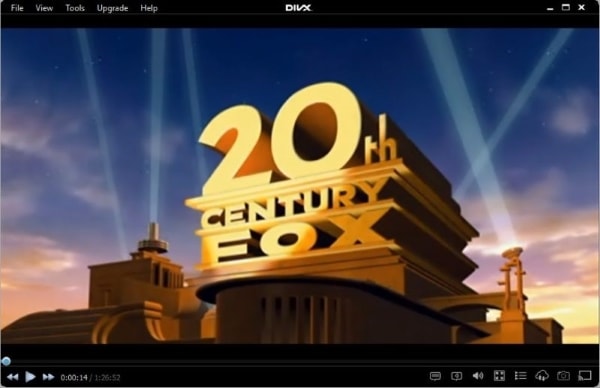 PowerDVD is media-playing software that is compatible with Android, iOS, and Windows. It allows you to watch up to 8K resolution media content while providing an amazing cinema-style audio experience. It allows the downloading of videos for offline usage. PowerDVD is of its kind video player for Windows 11.

PowerDVD allows you to share media through the software. It also has cloud storage that is capable of saving 40 HD movies. You can use formats like and AVC along with XAVC-S. XAVC-S is high-definition video playback. You can manage your library, including photos, videos, music, and even DVD movies can be managed through the application. 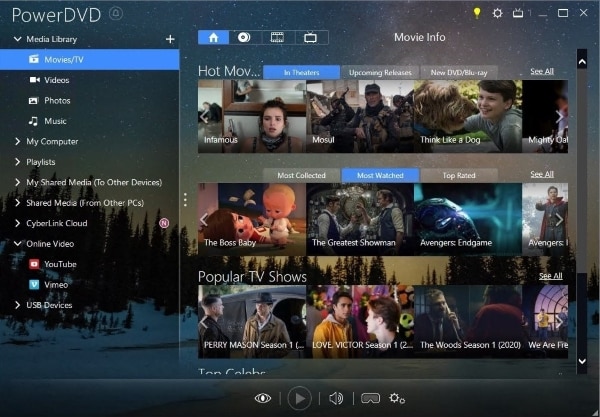 MediaMonkey is a digital video player for Windows 11; it allows the users to record and download movies and podcasts. MediaMonkey supports plug-ins for user advantage. Along with using MediaMonkey on Windows, also use it on Android and iOS devices. You can play high-quality audio on your TV, home stereo, or any other device.

Most collectors use MediaMonkey. It allows you to manage 100,000+ audio and media files. You can organize the media you have and keep it in a representable way. MediaMonkey will enable you to share media files between Windows, Android, and Apple devices. It can change audio and video formats as per consumer demand. 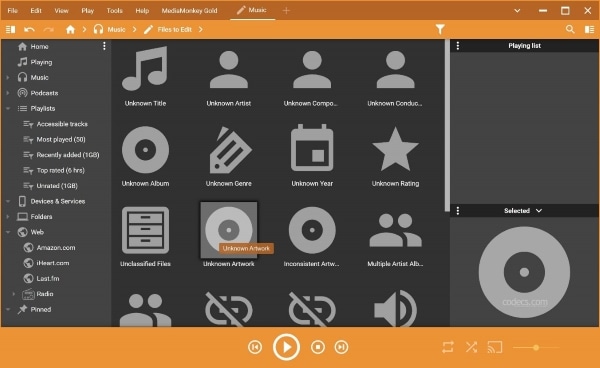 Kodi Player is a well-known video player for Windows 11. It is free software to use. Does free mean low quality? Not in Kodi Player's case. Kodi player allows live sports streams. It is efficient and has a wide range of compatibility. Kodi Player is open-source software for home theatre.

Does Kodi support different file formats? Yes, the Kodi player allows multiple file formats. These formats include MIDI, AAC, and WavPack for audio and MP4 and real-time for videos. Kodi Player is not only used as a Window 11 video player; it can play games and record live TV too. You can also do browsing using the Kodi Player. 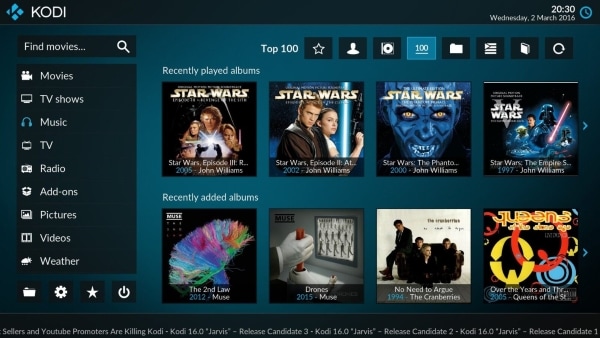 We discussed 10 top and free all format video players for PC as we committed. This article will provide great help whenever file-formats bother you. Moving on to a little surprise, let’s share a brilliant video editor, Wondershare Filmora.

The software offers chroma key background, green-screen effect, split-screen effect, and a lot more than this. Filmora is a full-fledged video editor with endless features and limitless editing opportunities. You can add cool and crazy effects, transitions, and titles to your video. Moreover, it has advanced AI portrait features, cut, trim, join, and many more facilities.