Handheld videos recorded with a Smartphone or an action camera often contain unwanted camera movement. Camera shakes can ruin a video clip completely, which is the reason why an increasing number of video editing software offers video stabilization features. Even though keeping the camera as steady as possible while recording a video is by far the best way to eliminate camera shakes, powerful video stabilization features can help you reduce the amount of unwanted camera movement in a shot. Let's have a look at several different methods you can use to stabilize shaky videos.

A few months ago Adobe released a new application aimed at social media video creators that should simplify the video editing process. Even though Adobe Rush offers some useful video editing options it still lacks the tools that are commonly used by YouTubers, gamers and all other video content creators. The app supports all popular file formats including those produced by Smartphones and action cameras, but it doesn't offer video stabilization options.

However, all projects created in Adobe Rush can be opened in Adobe Premiere Pro, where you can easily stabilize a video. The subscription plan that includes both Adobe Rush and Premiere Pro cost $20.99 per month, while the Creative Cloud plan costs $52.99.

Instead of spending a lot of money each year on Adobe's subscription plans you can try this affordable and powerful video editing software – Wondershare Filmora. Here's how you can stabilize videos in Filmora.

Import the files you'd like to stabilize into the software by clicking on the Import menu in the Media Panel and selecting the Import Media Files option. After you've added the videos to your project, drag and drop them to the timeline. 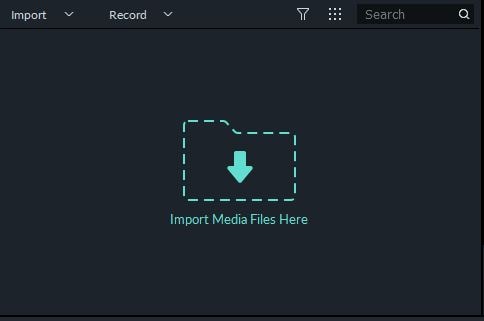 Click on the video clip to ensure it is selected and then click on the Edit icon located in the software's toolbar. Alternatively, you can just right-click on a video clip and select the Stabilization option. 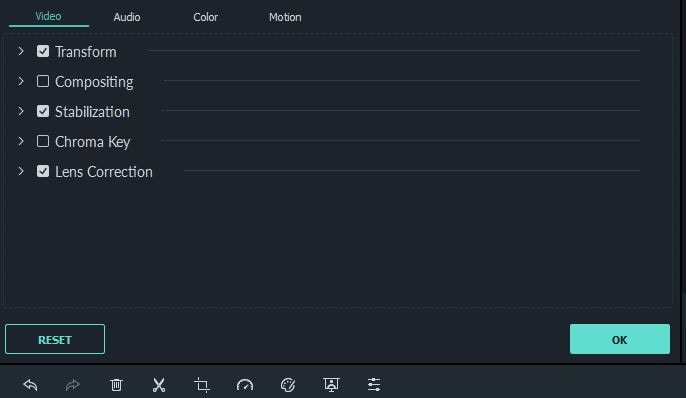 As soon as you enable the Stabilization feature by marking the checkbox next to it, the software will start analyzing the video. The time required to analyze a video clip depends on its size and your computer's processing power.

After the footage is analyzed you can use the Smooth Level slider to remove the shaky parts of the shoot and stabilize the video as much as possible. You can preview the results by clicking on the Play icon below the Preview window and then click on the OK button in the Edit panel to complete the process of stabilizing your video.

The Filmora's Edit panel also features the Lens Correction menu, that lets you fix the fisheye effect produced by ultra wide angle lenses. Simply click on the checkbox next to the Lens Correction option to mark it, and then select the model of the camera you used to capture the video as well as the camera mode from the Select Model drop-down menu.

Stabilizing videos in Filmora is an easy process that can be completed in only a few minutes, while performing the Lens Correction is even easier, as you just have to select the model of the camera and the camera mode before using the slider to determine how much the footage needs to be adjusted. This software is a perfect choice for social media creators who often use action cameras or Smartphones to record the videos they share online.

Thank you for your comment. We will review it within few days.
You May Also Like
How to Zoom in or Zoom Out Videos in Adobe Rush & Filmora

In this article, we are going to show you how you can, zoom in or zoom out videos in just a few simple steps.

How to Do the Color Correction/Grading in Adobe Rush

Read on, If you would like to learn how to do color correction in Adobe Rush.

How to Make a Green Screen Video with Adobe Rush

Green Screen, like many other features, is not included in Adobe Rush, but you can choose other way to make green screen videos.