What Wikipedia Won't Tell You Specifically About Character Rigging

What Wikipedia Won't Tell You Specifically About Character Rigging

The function of character rigging can easily be compared to that of bones, muscles and joints. They act as skeletons to virtual animations. You can also imagine them as strings used on dolls. These digitalized bones function inter-connectedly in a 3D animation.

As you already know by now that the process of rigging a character can be quite a tedious task. It involves a lot of creative thinking, precision and a keen eye to notice all the small details.

Once you have a model character to work on, riggers set off to creating a skeleton to match the character. These skele-animations can be used to move the entire model as if tugging on strings (not literally).

The movement of the chain of skeletons or rigs is interdependent. Which means if you pull on any one bone, it moves all the other bones in the same sequence. Similar to how bones move within the human body.

Riggers use programs and tools to create a series of bone like structures that can deformed and animated freely according to the preference of the animators.

Movements like positioning, curving and rotation can be recorded and then played back in the animation.

This requires the rigger to constantly coordinate between modelers, animators till the end of the project. This entire process can take weeks or even months.

Amazingly enough, its 20and there are online tools and tutorials you can use to easily learn complex animations like they make in large scale movies and games.

01The Right Rig for the Job

Rigging is a skill all animators gets good at overtime. The more you practice the more familiar you are with the tools you are using. It will also help you understand that not all rigs are meant for the same set of movements.

You need to be able to discern what rig is it that you need and discard what you don't. If the rig is being used in a game, then the focus will be more on the experience while for movies its attention.

Constructing a realistic facial rig can be quite a task but is indeed satisfying once finished. Human facial features require a great degree of flexibility which is why using a variety of deformers for different parts of the face. They are better suited for creating joints over the face and can be done more quickly.

Though you can use one without the other, it is best to use both of them in an animation. You can't work without both arms can you? Applying both Inverse and Forward Kinematics in your rig design can help it make more stylistic.

If you wish to take your rigging skills to the next level then learning Maya API and Python are great millstones. This way, you can create high quality and sophisticated rigs with high intense flexibility on Maya. Also, Python allows you to write new scripts for PlugIns.

05Delegate to an Animator

After rigging for several hours it is easy to feel like you are only seeing from one perspective. Get in touch with an animator earlier on in the project can help you get feedback to stay consistent in the rigging process.

To be a good animator or rigging specialist involves a lot of learning. Animation technology is constantly changing therefore it is highly recommended to stay up to date with the latest web technologies. Learning HTML, Java Script and CSS is becoming vital to being a part of the gaming world.

Not all the characters or objects you rig are going to be of the same size. Selecting the right rigging software is crucial for you to be able to scale your animations. You won't need to use everything, just the tools that serve your purpose.

08Use a Clean Interface

If you have ever heard of the phrase 'clean workplace – cleaner work' then you should know how an untidy interface can affect your workflow. This won't necessarily change the results but can surely better your experience.

Don't feel confused about where to begin. The first step to get into rigging is to master a software, any software, here are of the best ones you can choose from;

Offers the best animation features on the market. 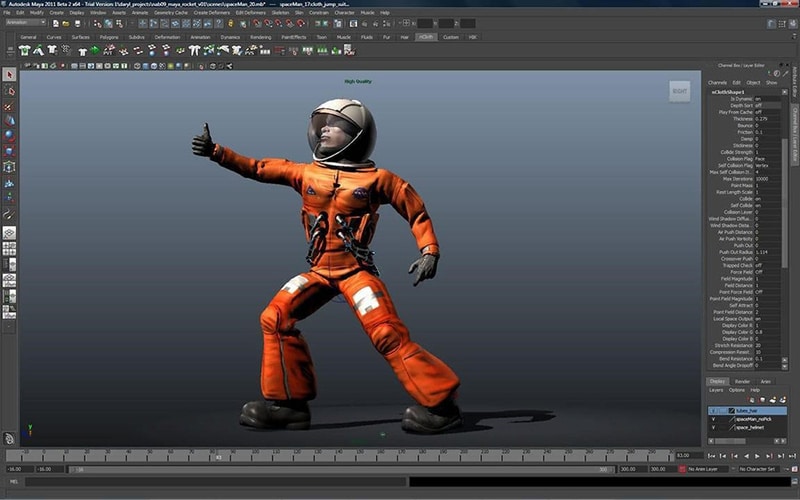 Vast variety of tools for sculpting, rigging or VFX. 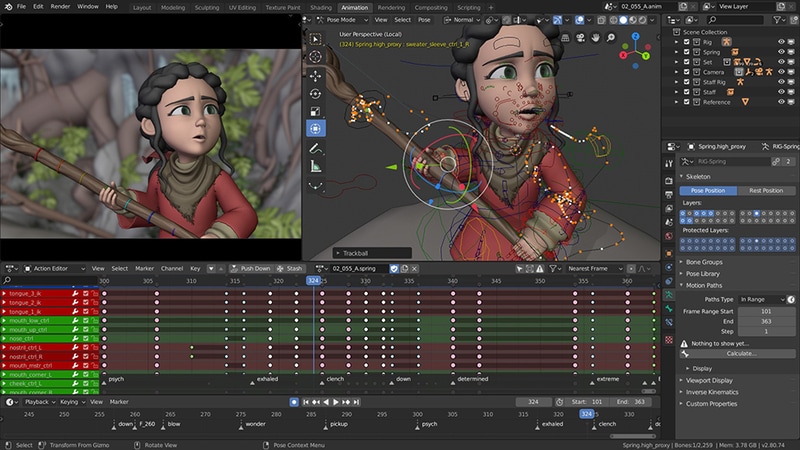 Has a more simplified approach towards modelling and rigging. 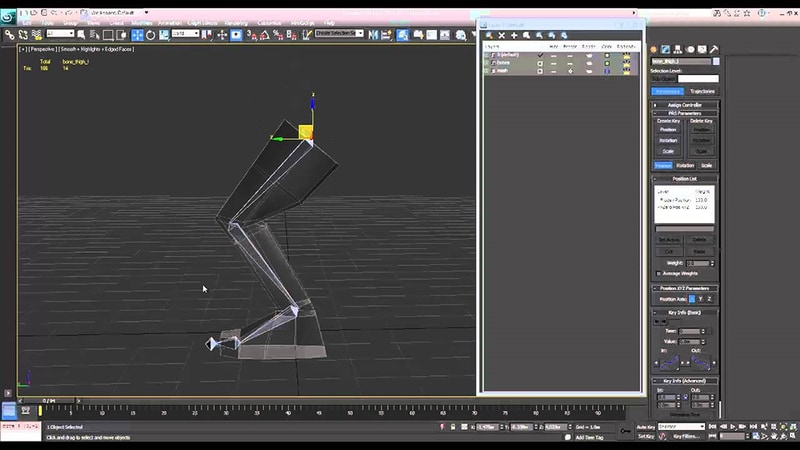 Leverages high flexibility and ease of use to riggers.

Excellent for beginners who need a gateway software to start art. 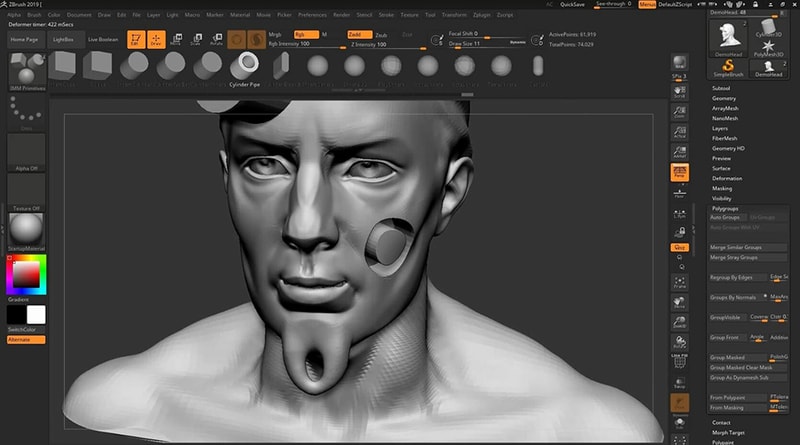 Lets you work on your sculpting skills with digital clay. 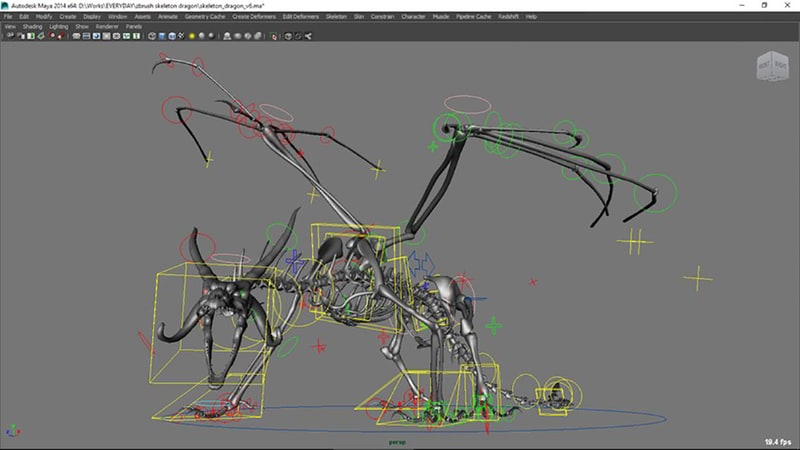 Developed by Macintosh to be an easy to learn modelling software. 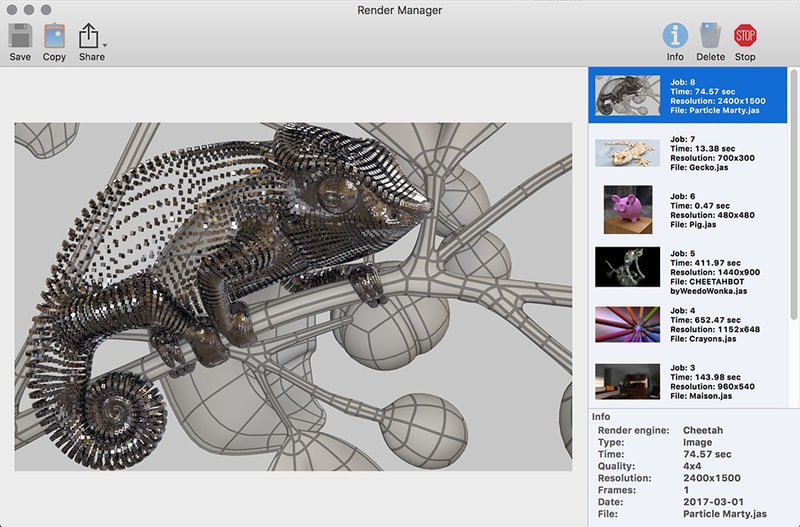 Harbours a mathematical approach to modelling and modular design. 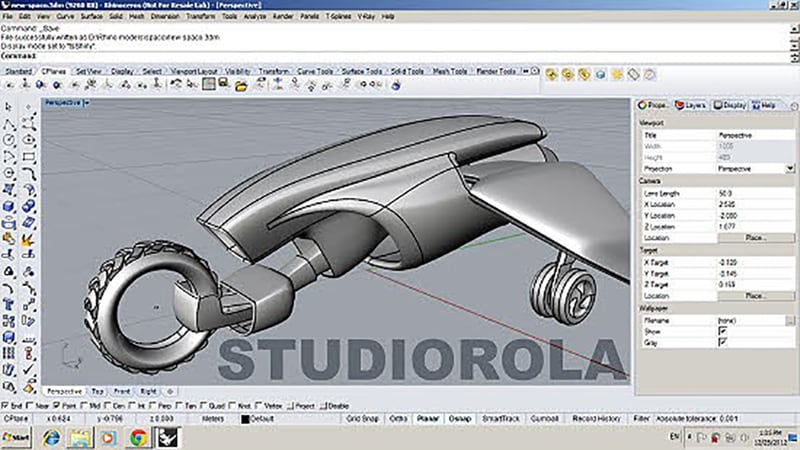 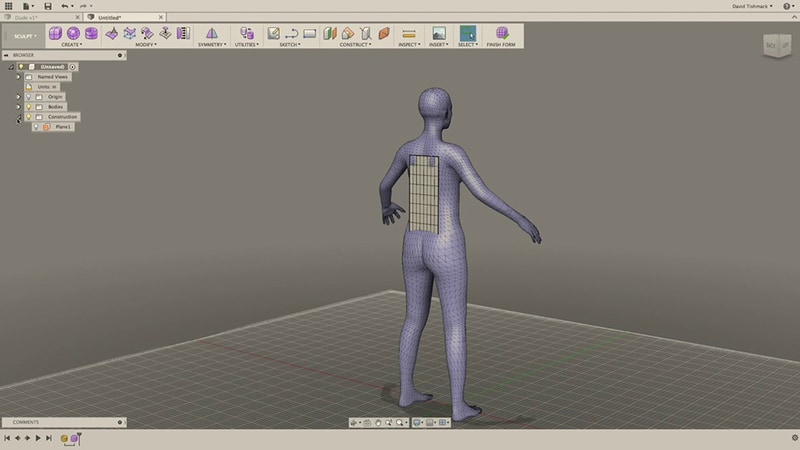 Recognized by professionals for well-equipped arsenal of digital rendering. 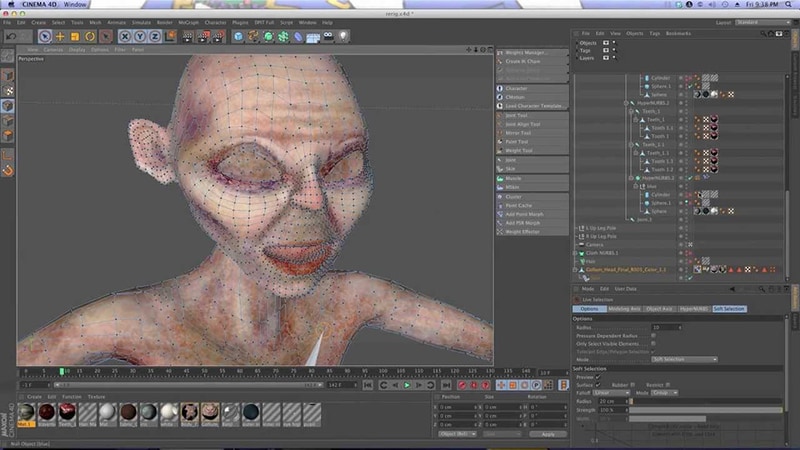 Part 4 How to Make Character Rig? Are There Any Plugins or Easy

How to Make Character Rig? Are There Any Plugins or Easy

When we imagine animation, most of the time we are baffled by the end product? But what really goes on behind the mesmerizing colors and whimsical characters.

The basic is of course building rigs to support the entire movement of the character and confine it to actual physical laws that makes it almost a mimic of reality. The entire process of rigging rather simplifies the path to achieve that goal.

In Cinema, character rigging has multiple layers that goes into creating the entire skeleton animation. Setting up a character rig can take anywhere between a few hours or a few days. It probably takes mainstream movies ten times that time.

Let us break down the process of making a rig so that it is simpler to understand.

Weight Painting: An integral part of the entire rigging process. Although, weight painting can be rendered automatically by the software that you are using, but that can end up making the animation look less realistic. You can instead fine tune the weight of each bone in the rig. You can also copy similar looking bones and apply them to different mesh and repurpose them to function differently.

Placing Bones: After designing a bone structure of character, you can copy the same and use it for similar characters. This is why in games and animation, you notice characters with similar features and traits.

Inverse Kinematics: Not all bones are meant to move in a forward direction. This is why inverses Kinematics are applied to certain bones like the legs, shoulders or even a dragon's tail. Setting up the IK of your rig would keep specific bones pointed in the right direction so as to make the animation look more natural.

Applying Constraints: The physical realm is built with restrictions. There are things you can do or can't do according to the natural order of things so as to make your character movement more naturalistic.

Simulation Skeletons: Now comes the part where the magic happens. After fully completing a skeletal animation you can now simulate the motion over the mesh and record the result of the simulation through a series of frames.

Create an animated movie: You can play back the simulation in an animation software such as Blender and then create your own animated movie with Filmora with its easy drag and drop interface. Movies are a collage of frames, so you need to animate according to the fps you want for your video.

Facial Rigs: Facial expressions are more complex than whole body movements. It requires the attention dedicated to a project of its own. Here is where you can play with deforming shapes together to replicate facial muscle movement.

● Rigging has become science in its own right but that does not mean you can't be artistic with it.

● What you should remember that creating skeletal animation is all about movement and applying physical restrictions to it.

● Start simple and practice until you master the most complex features of any of the top rigging software services raging in the market.