An ideal editing suite will have a dedicated image processing center, aimed at keeping your footage or images at as high a quality as possible. Thus it is with DaVinci Resolve. We are often approached by people who want to know what the optimal system requirements are for this editing suite. With the release of DaVinci Resolve 16 in April of 2019, the demand for hardware requirements to catch up only became higher.

Part 1: What are the DaVinci Resolve Minimum Requirements

Let’s start with the basics; what are the DaVinci Resolve Minimum requirements? Minimum requirements represent the absolute essential elements you need to have for this editing suite to run on your machine. DaVinci Resolve is an intense program that uses up a lot of processing power. If you don’t meet the minimum, then this system won’t work. However, you might be able to persuade your pc to toe the line, providing you have enough processing power to run certain elements.

To run Resolve 16, you will need the following, at the very least:

So if you can meet all of the above, then you already have the minimum DaVinci Resolve hardware requirements.

As well as GPU, a good CPU is needed for smooth, sleek processing. It is nigh-on impossible to edit film footage that jumps and stutters – so even though we may have met the DaVinci Resolve minimum requirements, you might still be struggling to edit at any speed. A measure of this can be combatted by using a middle-of-the-market to high-end CPU. It can further be aided by dividing up which type of CPU will work best for which kind of activity you want to do.

For our purposes (or for editing), you will need to make sure that you have a middle-of-the-range CPU. The more GPU you have, the closer to the mid-range you can go. If you are running multiple GPUs, you will get the best possible performance from the DaVinci Resolve pc requirements.

We would suggest the Intel X range do meet the DaVinci Resolve recommended specs. They are also a good price, compared to some of the other, supposedly better, CPUs. 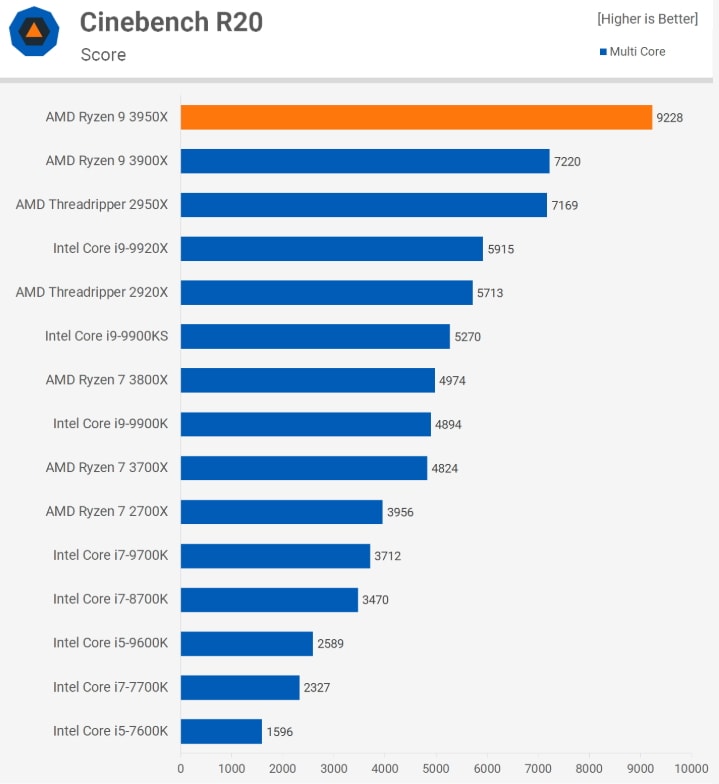 The more GPUs you have, the better. If you are only running a single one, however, then this guide is here to help! The DaVinci Resolve recommended specs say that you should run a dedicated GPU for image processing from your desktop computer. If you want to use a laptop, then you can run external GPU to get better performance than you would for a single.

GPU decoding performance is also important. The faster your machine can push the images through, the faster you can work. A good GPU should be able to decode AVC/H.264/HEVC media. Some of the best on the market (and with plenty of company history in their field) are the newer Nvidia cards. Try to opt for an Nvidia Turing or above. The better the GPU, or the more of them you have, the better you match the DaVinci Resolve hardware requirements.

The minimum VRAM capacity needed to run Resolve is directly related to the resolution of your film. The higher the resolution of your film footage, the more power needs to come from your graphics card. The DaVinci Resolve recommended specs suggest that you need a 4 GB minimum for 1080 res footage. For 4K resolution film, you should use more than 8 GB, and if your film is 6K or over, then you have to hit the 20 GB or higher, depending on the volume of your workload.

The hard drive you have in your computer will play a less vital role in meeting the Davinci Resolve PC requirements – but it plays a role, none the less. As we mentioned above, the video takes a tremendous amount of storage space on your device. Any of you who have ever tried to download a movie to your laptop will appreciate this. If you are concerned about space, or if you don’t believe how much of it video footage takes up, you can head over toDigital Rebellion, who have a film-space calculator. Keep in mind that this calculator works for downloads only.

So how much space do you need? The more you have, the better performance will be. Additionally, if your film is relatively short, you can get away with less storage space. A single hour of footage shot in 4K resolution will take up around 40 GB of HDD space. You read that right. In the film industry, we tend to use two or more cameras – so an hour of footage from each of those gives you nearer the 100 GB mark than you might be comfortable with.

If you add in effects, edit messily, or generally want to bring the resolution or framerate up, then you need more disk space. If you are operating in Windows and have the choice of your main drive, choose and OS/Software SSD HDD. This should optimize both speed and performance, as much as you can for your machine.

Your second HDD should be used for the storage of project files and your disk cache. This frees up the original HDD for processing and speed. When you split the room between the two, it will make for smoother running across the two. An ordinary SSD will do for this.

DaVinci Resolve recommended specs are that you include a third and fourth hard drive if you possibly can. This can be done by adding an external hard drive for storage space. A large platter hard drive is suitable for a fourth and final option. For your third, opt for a dedicated media scratch drive for the smoothest operations.

Random Access Memory provides you with the ability to work on several projects at once. If you often run more than one program, more RAM is necessary. Similarly, if you have a high volume of work on your hands, more RAM will help you power through. Again, the higher the resolution of the film you are working with, the more RAM you will need.

It is suggested that the minimum system requirements for Resolve is 32 GB for 4 k filming. This goes up to 64 GB if you are filming in 6k or over. This means that lower resolutions, such as 1080p, will work on less RAM… but the more, the better. It has been noted that RAM is not so vital as some of the other components is to smooth DaVinci Resolve processing power. However, that doesn’t mean it isn’t necessary for the best experience possible.

To conclude then; the general rule with DaVinci Resolve seems to be that the higher your specs are, the more likely the program is to operate (and do so smoothly). If you want to edit vast amounts of footage, then nothing but the highest end gear will work. The sole exception to this seems to be in Ram since DaVinci Resolve 16 is relatively easy on this end of the system.

For everything else regarding DaVinci Resolve hardware requirements, more is better. Double up on disk drives and double up on memory. This way, you are sure to achieve optimum functioning that will save you time. Ultimately, a more extensive system means less time and money wasted, but in the end, the choice is yours.

How to Cut/Split Clip in Davinci Resolve Easily