10 Common Vlogging Fears and How To Beat Them

When it comes to vlogging, it is your face, voice, thoughts, and feelings that your audience sees and hears close-up. That is why vlogging can seem even more terrifying. 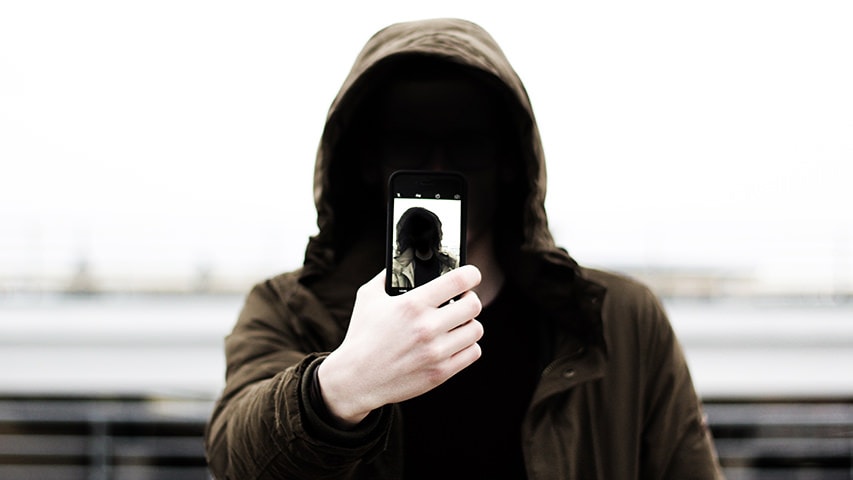 Below is a list of 10 of the most common fears people have with vlogging and ways to overcome them.

1. Fear of Looking Stupid Talking To Your Camera

It can be nerve-racking to talk to your camera in public, especially if your vlog set-up attracts a lot of attention (Casey Neistat’s famous rig consisting of a DSLR camera with a GorillaPod tripod and a Rode shotgun mic attached to it definitely attracts more attention than just your everyday smartphone). Despite a lot of vloggers suggesting that people don’t care as much as you think they care, it still is an activity that stands out, gets noticed, and creates curiosity, which is plenty to feel nervous about.

My advice is to start with shorter conversations with your camera in public and gradually build your way up to longer ones or save all your longer talks for when you’re in a more private setting. Short conversations may include one simple sentence about where you are going. Then, in another separate recording, in a different setting with different people, you can explain why you’re going there. If you’ve never broken up your speech like this for your vlogs, you might wonder if this will make your vlogs look disjointed. But this is actually a technique (below) that can enhance your vlogs.

As you continue to vlog in public more, you’ll become increasingly comfortable with it.

2. Fear of Being Judged by Others

After uploading your vlog online, the next thing you might worry about is being judged and criticized by anonymous haters on the internet. No matter how perfectly you present yourself, this will happen. But you will be ok.

You just need to be strongly grounded in your intrinsic worth and not take too seriously the judgments of those who don’t even know you. You can adjust your community settings on YouTube so that you have more control over others’ comments. But I suggest you just get used to others’ disapproval because it’s something that comes with putting yourself out there on such a public platform.

3. Fear of Not Being Interesting Enough

A lot of people fear that they aren’t interesting enough to watch. This fear stops many people from vlogging. Some people get around this self-doubt by focusing their content on something other than themselves. But people are so much more interesting than the tools and objects that they test out and review on YouTube. Even if you’re unable to secure the interest of the masses, there are bound to be a handful of people from all around the world who do find you interesting.

4. Fear of Your Lifestyle Not Being Exciting Enough

When you look at the vlogs of many of the top YouTubers, their lives appear so action-packed. It’s hard not to think that all vlogs are meant to be very stimulating. But if you believe that that is the standard for vlogs, you might either be discouraged and drop vlogging altogether or you might try too hard to schedule your life around getting stimulating vlog content. Neither is a good option. Face your fear of your audience getting bored and just go ahead and vlog your lifestyle just as it is.

5. Fear of Losing Your Authenticity

6. Fear of Your Production Not Being Good Enough

Fearing that your production quality won’t measure up is another common fear that holds people back from vlogging. Just get started and put something together with the equipment and skills you already have. Loosen up a bit on your rigid high standards and experience for yourself that the consequences of doing your best with what you have are not so bad. You will develop your equipment and skills as you get more and more into vlogging.

7. Fear of Failing To Get Big

Getting a lot of subscribers is a common end goal for many who go into vlogging. This goal can seem impossible to reach with how crowded the vlogosphere has become with so many ambitious vloggers who are competing for views and subscribers.

How can you know for sure that you won’t be wasting your time and effort trying? The truth is… you can’t know for sure. But dismissing all of your time and effort as a waste just because you’re not at the end yet will take away from the joy you could have with vlogging. Rather than focusing on getting big, focus on enjoying the process of vlogging.

8. Fear of Being Distracted From the Moment

Whether you’re vlogging or not, living in the present moment can already be a challenge with a smartphone. When something exhilarating happens, many of us feel compelled to pull out our phone to capture it, only to experience that fleeting moment through a small preview screen.

Vlogging appears to take that to another level, especially if you’re using complicated equipment that takes more time to set up and if you’re trying to capture enough footage to produce an entire vlog out of one day. How could all that time devoted to capturing your footage not get in the way of your present moment?

Well, like all hobbies, activities, and passions, vlogging does take time and you’re going to have to accept that it does. You may not know it now, but after giving vlogging a try, you may discover that you really enjoy it. And if you do, you won’t worry about missing out on life just as a painter who happens to be in the middle of his painting during a sunset wouldn’t worry about the sunset he’s missing out on.

If, in the end, you realize you don’t enjoy vlogging, then at least you’re left with a documented piece of a memory that you can relive again and again, which can actually help you appreciate your past moments even more.

9. Fear of Making Others Uncomfortable

Sometimes, though, as much as you try to exclude certain people from your vlogs, they might still end up in your footage. You might even find out after you’ve captured great footage that people do not want to be in your video. In these cases, you can always censor their faces out in editing.

Anything you make public over the internet, including vlogging, comes with the risk of making a permanent mark that won’t go away, even if you try to delete your original content later. That can definitely be a scary thing.

Luckily, with vlogging, you still have a lot of control. In both filming and editing, you can choose to share whatever you’re comfortable with sharing with the rest of the world.