15 Best Funny YouTube Channels to Watch When You're Bored

The funny YouTube channel name listed in this article is the best place to look for a good laugh, ranging from satires to parodies, zany and bizarre, and humor and comedy. There was a time where television once took center stage, but now, YouTube has it all.

YouTube has now become the video precious standard that one can watch the best funny YouTube channels filled with both rising and venerated comedians from everywhere around the world intending to make you laugh. 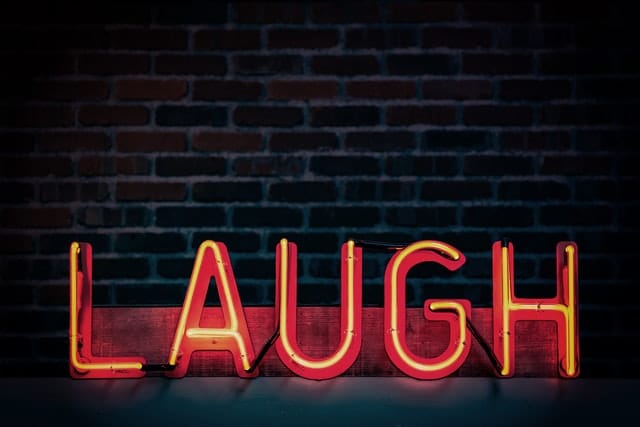 Whether you are bored or having a bad day, visiting the best prank channels on YouTube is the best way to ease your day and cure a case of the Monday blues. Here is a list of Top 15 Funny YouTube Channels to Watch When You're Bored from the best lip-syncing and sketches, comedy skits, and interviews:

The Ellen Show is the best prank channel on YouTube by Female comedian and icon Ellen DeGeneres. Comprising over her 16 seasons of The Ellen Show, where she plays pranks, makes fun of herself, and interviews celebrities.

Smosh is a Funny YouTube gamer show founded in 2005 by two Friends known as Ian Hecox and Daniel Padilla. They are well known for their funny nerdy spoofs and video game-themed music videos, making their humor enduring and magnetic.

David dobrik is well known for his goofy laugh mixed with absurd pranks by his fans. He is referred to as the king of pranks due to his crazy personality.

First We Feast, whose popularity started growing when their season called "Hot Ones" hosted by Sean Evans dominated the Internet. It began as a food blog and then continued to post regular content on their website.

Funny or Die is a top-rated comedy show on the Internet. Their original sketches and population of celebrities and movie stars help to keep their channel and website thriving and fresh.

PewDiePie, hosted by a Swedish-born YouTuber, also known as Felix Arvid Ulf Kjellberg, is considered one of the funniest YouTubers of all time, having the second most subscribed YouTube channel. His sparkling personality, high energy, and unique sense of humor bring people closer to his channel.

The Late Night Show is hosted by James Corden, known for his skits and celebrity interviews. His new episodes are Carpool Karaoke, where Corden will pick up celebrities and musicians on his way to work and ask them questions while singing karaoke.

Good Mythical Morning is a show hosted by Rhett James McLaughlin and Charles Lincoln "Link" Neal III, also known as Rhett & Link. One fantastic feature about these duo comedy hosts is their ability to incorporate humor and personalities into their talk show routines, daytime comedy, and varieties.

Tana Mongeau, also known as Tana Paul, is a YouTuber and has her own MTV reality TV show. Tana often jokes about herself and what she does as a reckless tween living in Vegas. She would also make fun videos of herself and own up to being unreliable and irresponsible.

H3h3Productions, hosted by Ethan Edward Klein and Hila Klein, is a comedy of husband and wife. The beautiful aspect of the show is the pranks and satirical approach toward dialogues on topics not planned and criticism.

Dolan Twins is hosted by twins living in L. They are known as Ethan and Grayson Dolan, who love to entertain their followers. They produce unique creative videos showcasing themselves building things, pulling massive pranks, and making fun of each other.

JennaMarbles is popularly known for her comedy, commentaries, honesty, appeal to feminism, and the positive messages in her videos. Her YouTube channel got a break out from her outstanding show titled “How to trick people into thinking you’re good looking.”

Emma Chamberlin cracks her fans with her carefree youthful personality and seemingly strange day-to-day activities shown in her vlogs. She usually comes up with hilarious original content pushing herself out of her comfort zone.

Filmora is a free and easy-to-use video editing software suitable for beginners. The software supports above 50 formats, Filmstock effects store, 4k editing, all basic and advanced editing tools in a manner used and easily accessible. Wondershare Filmora is a perfect editor for making funny videos on YouTube.

Here is a step-by-step guide on making funny videos on YouTube using Filmora.

Download the Filmora program, then tap on Import to load your media files (images or videos) to the timeline.

Step 3: Save and Export

If you are satisfied with the final result available in the Preview pane, save your video by instantly tapping on Export. More so, there are various offline sharing options for you to showcase your funny video to the world.

PewDiePie is the most entertaining channel on YouTube and the funniest YouTuber of all time with over 111 million subscribers and the second most subscribed YouTube channel. He is well-known for his funny games and pranks and what brings people closer to his channel is his sparkling personality, high energy, and unique sense of humor.

2. Who is the funny YouTuber?

David Dobrik for his comedic vlogs

PewDiePie for his funny games

Dolan Twins for their Prank