If you're looking to get a head start in 2D Rigging or 2D Animation in general, then this guide should get you to where you need to go.

We'll be introducing 2D Rigging in a comprehensive way — perfect for beginners who aren't familiar with the subject and want something more solid as their foundation.

01 All You Need to Know About 2D Rigging
02 What is the Difference and Connection Between 2D and 3D
03 What Are the Best 2D Rigging Animation Tools?

Part 1 All You Need to Know About Rigging

For this first part, we're going to talk about Rigging in a general way. Think of it as an introduction to the subject. One that should, hopefully, set you off on the right foot. It should also help clarify things that you might need to know as we delve into deeper and more advanced subjects in the next sections of this article.

01What is the Meaning of Rigging in Animation?

Alright, so what does rigging 2D characters actually do? What meaning, or effect, does it have? These questions can be quickly answered with this: Rigging (whether it's or 3D) is the practice of attaching ‘bones' to a character model. Bones that, in the future, you can use to create motion.

If you're an artist, then you're probably familiar with the concept of creating an initial sketch that you put the final drawing on top of — done with the sole purpose of creating a structure that will allow you to move forward more easily in your art.

That's exactly what you do when Rigging. You're building a structure that will allow you to easily create animated characters that you can move at will in the future. 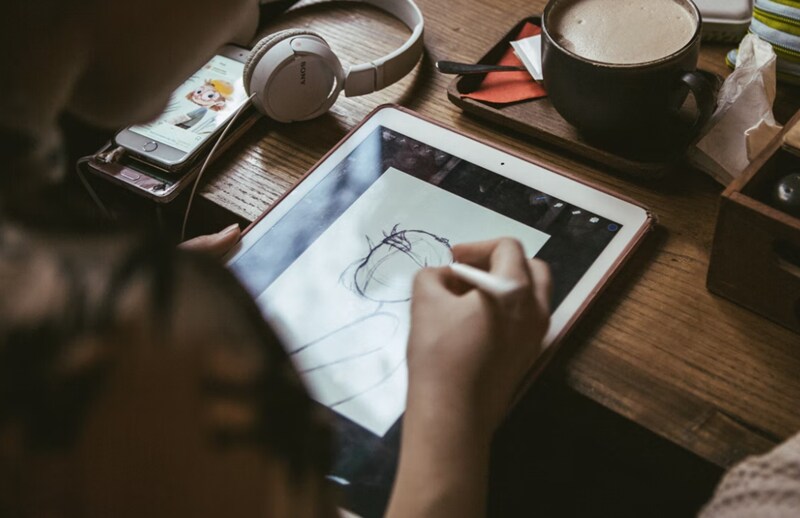 A lot of animators prefer to practice Animation over Animation because it is more traditional and requires less complicated software (not that it doesn't come with complications of its own.) Specifically, animation requires quite a lengthy character creation and rigging process.

You should consider the subject more based on what project you're working on. Things that you might want to keep in mind include your project timeline, project budget, character rig usability in the future, length of the project, and so on.

(There's also a more in-depth breakdown of this in of this guide.) 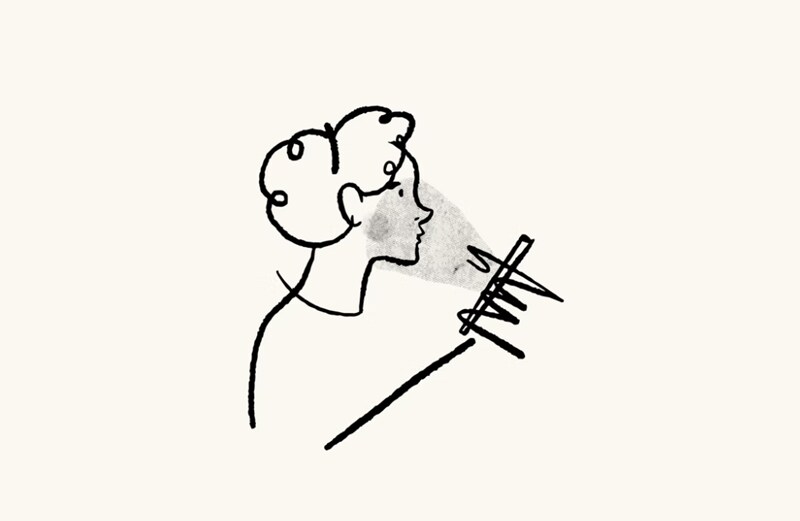 03What is Animation Rigging Software?

We'll be introducing some in the third part of this guide — so you can learn more about the differences there. For now, all you need to know is that it usually comes with advanced rigging and character deformer tools that you can use to easily (and efficiently) animate your characters.

Part 2 What is the Difference and Connection Between and 3D

As promised, this next section will be devoted to clarifying the differences and similarities between Animation and Animation. As we mentioned previously, most animators prefer Animation. But, more often than not, they switch between both forms in order to create something suitable for their current project.

01How and Animations Are Created

First, let's talk about the process involved. In the end, this can be described simply as: it starts off the same, but then becomes significantly more and more dissimilar the further you go along. More specifically, whether you're working on a or Animation, you usually start with working through your vision for the project.

That means exploring ideas and creating hand-illustrated storyboards (which will serve as the foundation for the project as a whole). Then, the next steps involve media gathering (i.e., character creation, sound clips, voice-overs, sound effects, etc.) So that everything would be ready for the project.

This is when the difference starts. Animation involves hand-drawing characters in different poses and angles (with the standard being frames for a second) and can be completed with basic rigging (i.e., face rig for moving mouths or eyes). It's normal in Animation as well for characters to remain static for several frames. While, with 3D, it is the exact opposite — the characters must be in constant motion so as to remain realistic (which can be done with extensive rigging.) 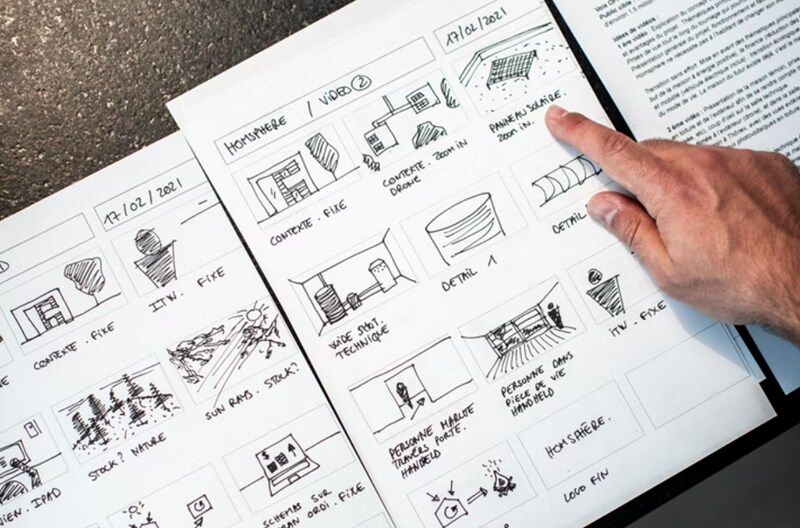 02Time Investments for Creating and Animations

Next, let's talk about time investments. This can be a bit tricky to differentiate. Animations, as mentioned, are generally easier to create because it requires less rigging (but more drawings for certain scenes and angles makes it take more time). Meanwhile, Animation usually involves a front-heavy timeline — since you're looking at intensive character creation and rigging. Once all this is set up though? The rest of the process is much faster than Animation.

You'll also have to consider the work that you have to put in after your animations have been created. For example, the work you'll need to put into finalizing your project with a video editor like Wondershare Filmora Video Editor (which would work great with animations especially, as it will allow you to actively add into the timeline as you go.)

Part 3 What Are the Best Rigging Animation Tools?

For this final section of the guide, we're finally moving on to our introduction to Rigging Animation Software. As mentioned, we've picked quite the variety to make sure that you have a good idea of how each will work. (A sample video has also been attached to make sure that you know what kind of projects can be created with these Rigging tools. Take the opportunity to explore those, too. If only for further edification.)

The first of the Rigging Animation Software on this list is Reallusion's Cartoon Animator 4 (previously known as CrazyTalk Animator). This software was originally developed in order to allow everyone (from beginners to professionals) to create advanced animations with very little effort. To that end, it comes with a lot of motion templates and Auto Rig functions (i.e., audio lip-syncing) that the user can use to seriously cut down on the work required.

Harmony ToonBoom is well-known in the Rigging Animation Software industry. It's the software that is used by many professionals. According to the Toon Boom Harmony website, this software was even used to create popular television shows like Rick and Morty, Bob's Burgers, The Simpsons, and Futurama. It's considerably more difficult to use for beginners, but it comes with many advanced functions that allow its users to create truly complex and beautiful Animations.

The best thing about Synfig Studio (right from the onset), is that it is FREE. There are two versions of this tool — one that is ‘stable' and the other in ‘development.' The developmental version offers more advanced functions, of course, but for most beginners, the ‘stable' version would serve just as well.

Adobe Animate is software that belongs in Adobe's long line of professional-level products. It's a part of the classic ‘Adobe Suite.' As a professional software, however, keep in mind that it might be more difficult to get used to at first (there's a steep, learning curve right off the bat). But, if used correctly, it can be used to create quite impressive and eye-catching interactive animations (i.e., game content or website elements.)

Animaker is quite popular for beginners. It offers templates, so you can start off with an easy project if that's what you'd like. But it also offers a lot of custom-creation tools that can be used for creating complex and professional Animations — although perhaps not at the level as the ones you might see from other alternatives (this software is most suitable for simple animations.)

Moho Pro (previously known as Anime Studio Pro) is a popular Animation program that fans of anime really love. This is one of the best software to use if you're more interested in traditional animation (which involves a lot of free-hand drawing). Although, despite that fact, it has many advanced rigging functions as well (so you can create a mix of traditional and modern animation if you wish.)

Pencil 2D, much like Synfig Studio, is FREE, cross-platform software. It's quite old, but it's matured over the years to include more and more functions (you might already be personally aware of it, in fact. It had its time to shine in the early 2010s.) The important thing to remember though is the fact that this is definitely more of a ‘traditional animation' software. It does offer some basic rigging, but it's best used by those who would prefer to practice the art of frame-by-frame animation.

OpenToonz is another free Rigging Animation Software (although it should be noted that there is a premium version, called Toonz, that is quite well known.) The best part about it is that it is a combination of software. One that you can use both for traditional animation and Animation. It's also pretty easy to use, making it a good option for those just starting out.

● 2D Rigging is the practice of creating ‘structure' or ‘bones' from which you can move characters or models. In these are usually ‘pins' placed in bendable areas (i.e., the elbow, for bending the arm.)

● There are many differences between Animation and Animation. What you end up choosing should be decided by your project.

● Remember though, that Animations usually take longer to create even though Animations require more complex riggings.

● If you're serious about getting into Rigging, make sure to consider the Rigging Animation Software that you choose to use very carefully. Each one has its own pros and cons.