The 10 Most Adorable Aesthetic Cartoon Characters of All Time

The 10 Most Adorable Aesthetic Cartoon Characters of All Time

Ever seen a cartoon, and you can't just help staring! Primarily when they act your favorite scene, all you do is play it over and over.

Part 1 Why Is It So Difficult To Make Aesthetic Cartoon Characters?

It isn't easy because it requires a lot of creativity, understanding of the character, focus, and patience to get all the details that make a character adorably aesthetic.

What makes a cartoon character aesthetic? It is not just about its looks. Yes, it starts with its eyes down to the shape of the head, face, and other bodily features, but beauty is relative.

It has to do with how much attachment the cartoon characters aesthetically can spur in their fans' hearts due to their roles, attitude, and appearance.

Here are our top picks of the most adorable aesthetic cartoon character in the following order to pick them quickly:

● Stitch in Lilo and Stitch

● Toothless in How to train your dragon

● Chip in beauty and the beast

● Grogu from The Mandalorian

Who wouldn't find young Dory adorable? Dory was voiced by the seven-year-old daughter of producer Lindsey Collins. Dory saw her short-term memory loss as a form of weakness. Her parents assured her that it was okay but warned her to stay away from the undertow. Before the 2016 classic, we first meet Dory in the 2003 Pixar's classic 'finding Nemo' where Dory helps Marlin, a clownfish, reunites with his son, Nemo. In 'Finding Dory, ' young Dory's amnesiac was finally brought back thirteen years later. Dory is perseverant, has a trim physique, and yet she can do whatever she has set her mind to do. 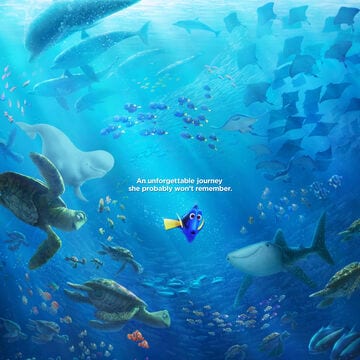 Pua is a precious pig with puppy-like characteristics. He happens to be Moana's best friend. Pua made his first appearance during the 'Where you are' performance alongside the village chief's daughter. On Moana's first attempt at setting sails to find Maui, their raft gets damaged, and Pua becomes scared of the sea and Moana's oar. Later on, the makers removed the adorable pig to allow Moana to strive more independently. However, this indeed came with many critics from fans as Pua was just too sweet and cute. As much as Pua's role in the film was small, he still made a lot of impressions.

Voiced by Josh Gad and created due to Elsa's superpowers, Olaf wows us. The adorable little snowman desires warmth, and isn't this just ironical. He expresses this in his song, 'In summer,' where he beautifully shows his love for the season. This snowman shows all the many characteristics his sweet self is made of. Talk about vibrant nature, bravery, humourous, and adorable optimism. Olaf signifies the Disney princesses' innocence as they created Olaf when they were much younger. Olaf plays a vital role in helping Anna, Kristoff, and Sven on their adventure in finding Elsa. Olaf is just a sweet soul, and this list would not have been complete if we missed him! 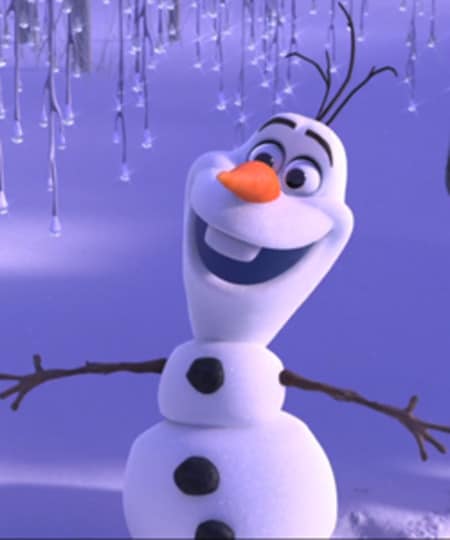 Stitch, a terrestrial, is also known as 'Experiment 626'. Dr. JumbaJookiba genetically modified it. He initially creates him as destructive, and Stitch has a non-conventional form. He has two identities, a dog version as his true self with other arms, a retractable antenna, and three spines. Stitch accidentally meets Lilo in Kauia and is welcomed into the family. Even though Lilo's classmates all see Stitch as unattractive and captain Gantu does not like him, Lilo makes away with societal beauty standards, and views Stitch as cute and fluffy. 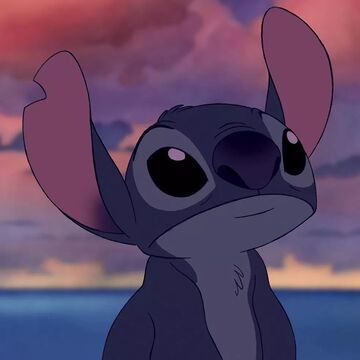 Puss, a smooth-talking cat with a Spanish accent, has an adorable face, and his comedic banter with Donkey in Shrek 2, coupled with his sweet face, one of the reasons for that film's success. While developing Puss's character, Antonio Bandera's portrayal of 'Zorro' was used as the manor inspiration. Puss uses his big eyes and sweet cuteness as the perfect distraction for his trickery. Puss is just an absolute ball of sweetness and fluffy cuteness. 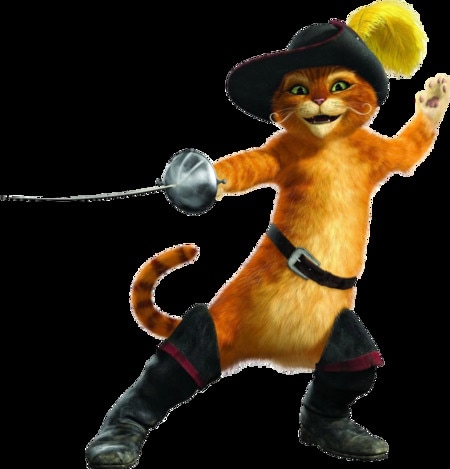 Toothless, a mighty dragon with a non-verbal humor sense, make its way into our hearts in the first "How to train your dragon." Here, he ends up forming a bond with Hiccup, who took him down at first. As much as Toothless causes a heinous act, his big eyes, and a perfect and innocent smile make it hard to stay mad at him. After Toothless has an adorable family, he passes on his beautiful genetics. 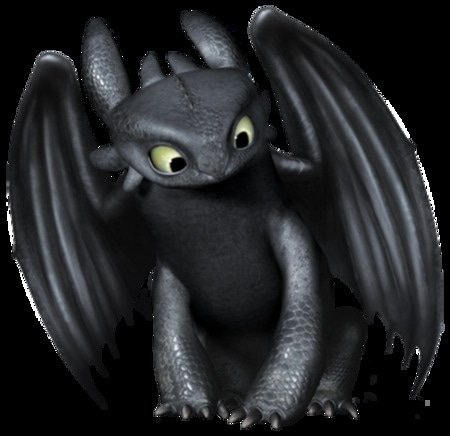 07Chip in beauty and the beast

Who knew teacups could look so alive and lovable and bring up emotions. Having seen 'Beauty and the Beast,' would you say that just the mere sight of a teacup didn't cause a little tear well up in your eyes while remembering Chip. The adorable aesthetic cartoon character chip in the 'Beauty and the Beast' is a must mention. 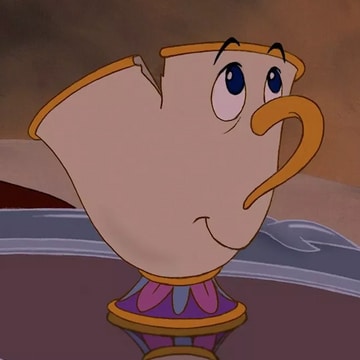 Does Moana even need an explanation! The central character in the cartoon 'Moana .'Brave, beautiful, determined, beautiful, kind, strong-willed. She was only a baby when she saved a baby sea turtle from a predatory bird. The ocean chose Moana to reunite a relic with the goddess 'Tefiti .' Moana's independence received widespread acclaim as she got officially listed in 2019 as a Disney Princess, making her the twelfth on the list. 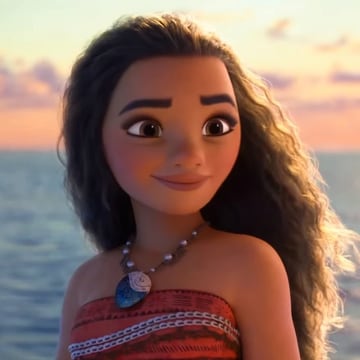 Bonnie is a significant character in the cartoon "Toy Story. She is a cute-looking, shy, and the quiet character depicted as a 4-year old brunette girl. What is most notable is how Bonnie acts with her toys which she inherited from Andy. She usually withdraws when she is around adults and makes her first appearance in toy story 3, sitting on the front desk of Sunnyside Daycare with the monkey in her hand and trying to see what Mrs. Davis was donating. Bonnie has an active imagination when relating with her toys, who become her close friends. She is an adorable character and wows us all with her kind and friendly nature. 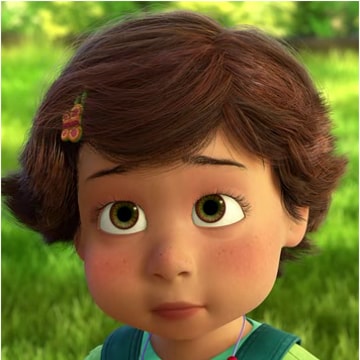 Grogu is also popularly known as 'The Child,' a force-sensitive character who shows bravery and courage after surviving the Jedi siege. Grogu, alongside Djarin, went in search of the remaining Jedi. After his encounter with Skywalker, Grogu was forced to either accept his gift and return to Mandolarian or continue his Jedi training. Grogu chose to return to Mandolarian, where he reunited with Djari in a gang war. 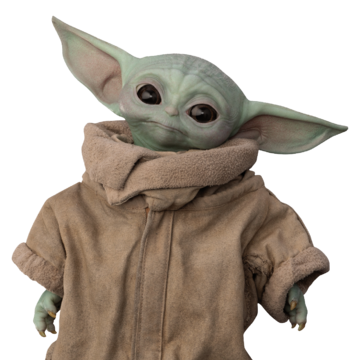 Part 3 How To Apply Aesthetic Cartoon Characters To Video Editing

If you wish to add cartoon characters aesthetic to your videos, there are many video editing software that can do that for you.

Top of the list is Wondershare Filmora Video Editor. With this tool, you can make a smooth and natural animation add it to your video while editing. Filmora is a powerful video editing software that makes your video editing work seamless and perfect.

You can also turn photos into cartoon style in one click.

You can choose from any one of them. But, for a wholesome application with all features that suit well with applying aesthetic cartoon characters to video editing, then Filmora is the name that flashes out.

● Cartoon characters are adorable in their uniqueness, from our charming Dory to Pua to Moana herself. The list goes on!

● However, the art of creating them is no small feat and requires detailed attention, patience, and a lot of creativity.

● To make your videos more fun and creative, you could add aesthetic cartoon characters using a tool like Filmora.

● Animators do a lot of work into creating adorable aesthetic cartoon characters, such that you have a hard time selecting the cutest of them all.

● Cartoon characters are the creative imaginations of 3d animators made for entertaining viewers.

● Do you think we missed out on any of your favorite cartoon characters? Please share with us in the comment section.