What is Still Motion Animation and How Does It Work?

What is Still Motion Animation and How Does It Work?

Part 1 Guide to Learn What is Still Motion Animation 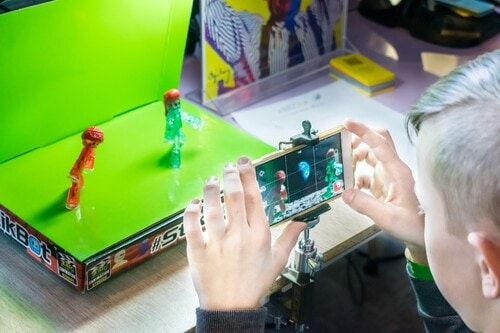 Still motion animation is also known as walking motion animation and stalk motion animation used to boost a scene in animation. It comes in a frame-to-frame outlook. It can be a booster in horror movies, comedy, and thrillers. It used to express flashbacks, dreams, and summaries of a long scene. Sometimes it could be slower, faster, fade, blur or split frames to discover/show unconscious scenes.

Before moving ahead with detailing how to process still motion animation, let's try to understand it with some out-of-the-box examples to make you know what liquid motion animation is with the following criteria? 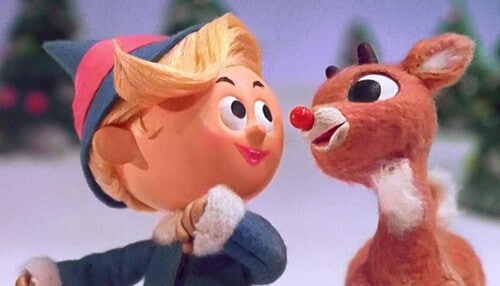 The famous, Rudolph, the Red-Nosed Reindeer, is a 19Christmas movie that shows stop motion animation first. The class one-hour program special mentions many people's first exposure to the stop motion that Rudolph especially showed, Yukon Cornelius, Sam the snowman, etc. In everlasting memory of Rudolph, people still mention the Island of Misfit Toys and wonder what that seemingly-normal ragdoll is doing there. 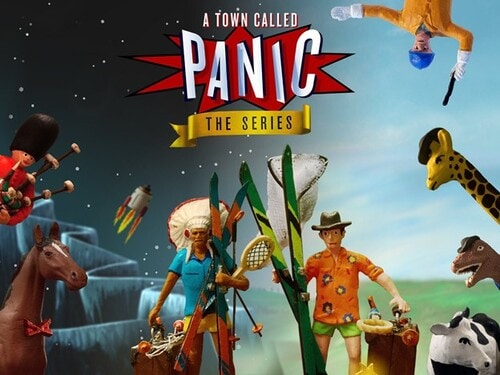 Based on the Belgian puppet on a series of identical names, this demented feature seems to star the playthings you would find packed away with an old model plaything. The plot illustrates how boyish Cowboy and Indian want to offer a birthday gift to their housemate and seemingly surrogate parent, Horse, resulting in mishaps at birthday parties, the frozen north, and also the bottom of the ocean. The persistently surreal feature includes equine music teachers, giant robotic penguins, and livestock used as cannon-fodder. Still, instead of becoming overwhelming annoying, a town called Panic sustains its gleefulness over the long run. 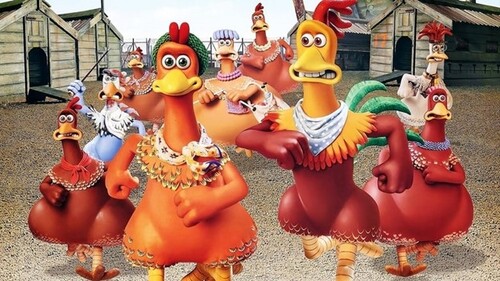 Chicken Run is a still/stop motion animation comedy film produced by Pathe Aardman and Dreamwork animations. It's a 20stop-motion animated movie. The plot focuses on a group of chickens who see poultry named Rocky as their hope to vacate the farm when their owners prepare to show them chicken meat tarts. He manages to help them in an adventurous, funny way which makes the movie best. Its sequel started developing in 2020. 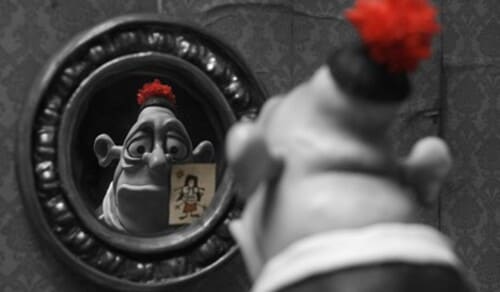 Mary and Max are again a still-motion animation adult comedy-drama film. It is an Australian film written and directed by Adam Elliot, which shows the lives and friendships of two unlikely people. Elliot's relationship inspires the movie with his friend. He has been writing when his friend had started for over twenty years. 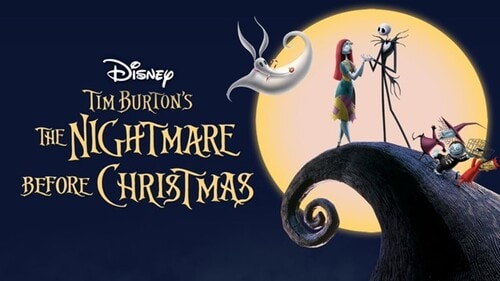 The Nightmare Before Christmas is also known as Tim Burton’s Nightmare before Christmas. It is an American stop-motion animation movie. It shows a musical dark fantasy Halloween film directed by Henry Selick.

It depicts the story of Jack Skellington, the king of "Halloween Town," who stumbles upon "Christmas town." He becomes obsessive about celebrating the vacation.

Fantastic Mr. Fox is a comedy film based on stop motion animation directed by Wes Anderson, who co-wrote the screenplay with Noah Baumbach. It is an American 20movie. The project is predicated on the 19children's novel of the identical name by Roald Dahl. The plot is the titular character Mr. Fox (Clooney), as his spree of thefts leads to his family, and later his community, eventually hunted down by three farmers called Boggis (Robin Hurlstone), Bunce (Hugo Guinness), and Bean (Michael Gambon).

Dragonframe makes a picture capture computer program for halt movement. So, they are kind of specialists on the matter. And they keep a charming web journal around the subject. It supports Still motion animation accurately.

Dragonframe highlights the most recent and most noteworthy halt movement recordings of all sorts in their web journal. They incorporate pictures, video, and a brief compose-up on each one. It's a fantastic source of motivation and a great way to find out what's trending within the world of halt movement liveliness. 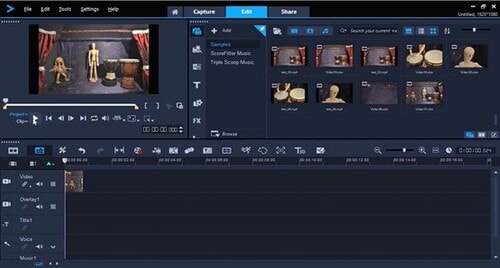 Here's a thought, if you're searching for stop movement activity assets, why not see to StopMotionAnimation.com?

StopMotionAnimation.com may be a community location for all things related to the procedure and craftsmanship shape. They have free instructional exercises just like the "The Unique Halt Movement Handbook" in web page shape, recordings that serve as motivation, and a message board that clients can sign up for and take portion in.

They indeed have their claim list of assets to purchase apparatuses and supplies to make your claim's halt movement liveliness.

Into Film isn't a halt movement liveliness location. It's a location around filmmaking in common, but one specific asset worth checking out for any wannabe halt movement animator.

That's the "Introduction to Halt Movement Animation" PDF accessible for gratis download. Unquestionably choose this one up on the off chance that you're unused to the art.

And at that point, hang around Into Film to memorize more recommendations on object motion animation and the craftsmanship of filmmaking.

Movement Assets could be a location committed to all sorts of movement procedures. They talk about hypotheses and methods and have a community program through the site.

But they, too, conversation a parcel approximately halt movement and the history of the craftsmanship frame. By searching for "stop motion" on the location, you'll get a list of the broad web journal posts on the subject and learn more approximately the roots of halt motion. 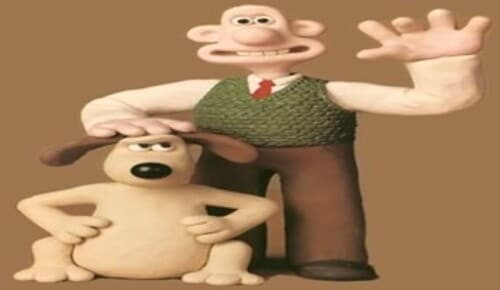 Whereas there are many ways to make halt movement animation, clay is one of the foremost well-known, much obliged in massive portion to Aardman Animation and their motion pictures like Wallace & Gromit.

AnimateClay.com could be an asset, particularly for claymation. They have a vast instructional exercise segment, news, holdings for acquiring supplies, and a podcast devoted to animating with clay.

Part 4How Still Motion Are Animated at Filmora?

Wondershare Filmora Video Editor is by far one of the best video altering computer program with cool highlights that compares to other competing video altering Softwares. Numerous video-altering programs claimed to offer proficiency come about; Filmora is one of some consumer-level devices that convey.

However, if you're not an Animoto client, sign up for a free account to induce begun. Log in and press Make to start a modern video. Select Begin from Scratch, choose a topic and a perspective ratio.

Another step is to tap on the little additional sign symbol at the foot of your workspace. This will open up the Include a Square window. Tap Burst on the left-hand side of the window. Animoto recordings are built by blending and coordinating pieces. The Burst square permits you to include a fast arrangement of up to pictures in your video.

You’ll be inquired to select a move. We prescribe the Difficult Cut move for a clean-looking halt movement effect.

03Step 3: Add your photos in the right order

Another, transfer the photographs that you shot for your halt movement and drag and drop them into the Photo Burst square. Make beyond any doubt you include them in consecutive arrange, from to begin with to last.

If you've got more than photos—the most significant number a single Photo Burst square accepts—that's not an issue. Add a modern Photo Burst after the primary and proceed including your pictures.

Once your photographs get included, it’s time to set the speed. Tap the stopwatch symbol within the Burst square, and you’ll discover three-speed options—Slower, Quicker, and Auto. Press through to choose the speed that feels best to you.

Once that’s done, you’re able to place the final finishing touches on your video. You can also add Blocks, text, and music from the library.

● What is meant by Stop motion or still motion animation

● Different examples of paper motion animation to explain the techniques