Knowing what’s popular and trending is helpful in deciding what kind of TikTok videos you should make. No, the idea is not to copy the Twitter videos, Tiktok Viral clips and do something you do not want to do. Instead, you can take inspiration from these popular TikTok videos viral on Twitter and know what makes a clip popular among the users.

Most people think that making videos on TikTok is easy and superficial. After all, the videos, on average, are about 10 seconds long. But upon downloading the application, you will soon start feeling lost. Those 10 seconds become the hardest to shoot. And why not? Millions of people globally are competing to create something new, simple, and creative, something that not only engages the audience but also forces them to rewatch, like, share, and comment on the clip.

Wann’ know how to create something simple yet trend-worthy on TikTok? Take inspiration from these top ten TikTok viral videos that rule Twitter in 2022.

If you are TikTok or Twitter, you must have seen Zach King’s Harry Potter illusion video. With over 2.8 Billion views, Zach King flying on a broom is the most-watched video on TikTok. And for a reason: be it the caption or video, every second of it is enough to awe the user.

Zach currently has over 66 Million followers on TikTok, and a hefty number of followers came after his enthralling Harry Potter video with the caption: “They rejected my application to Hogwarts, but I still found a way to be a wizard.”

In the video, Zach is flying on the broom in the first part, whereas the second part reveals the illusion. Zach can be seen with a mirror and a fake leg hanging on it, and he is moving on a skateboard. So, there you go! A little bit of cleverness and the shame of having to reveal your trick is all it takes to make your video the most-watched video on TikTok.

David Allen TikTok’s following blew up overnight after he posted a video showing him dancing in sunglasses to the song “Stay” by Justin Beiber and The Kid LAROI. In fact, it became the video of the year in America and the world as far as TikTok is concerned.

Of course, it is not the first video on TikTok where a creator is dancing to the beat of Stay. There are thousands, if not million videos. But what made this clip stand out is the use of drones. Yes, Allen utilizes a drone to film his hip-swaying and unique moves and captioned it: “Drone Dancing.”

Before filming this explosive content, David believed he was posting low-effort content. The lesson to learn here is although a clip of mere seconds, creators should put effort and time and really feel like shooting a real movie. And only when you shoot videos with this kind of spirit expect them to go viral.

When TikTok released the list of the most viral videos of the year, many were surprised to find Bella Porch’s “M to the B” lip-sync. No insult to Bella and her videos, but how can a simple lip-syncing video be the most liked video of the year on TikTok? Is it the cosplay of algorithms? Or is it Bella’s charm that has already managed to get her quite a fan following? Because it was not only TikTok that Bella ruled with this video. It also became a sensation on Twitter, and you could easily find it by typing simple keywords like Twitter video viral 2022 TikTok on Google.

Well, the answer is to post regularly! Because you never know what could attract the audience and make you an overnight success. Yes, lip-sync of M to the B certainly is not something that requires much of an effort. At least, from an influencer of Bella’s stature. Still, you cannot disregard the time and effort of the creator in her other works on the platforms.

In all, if you continue to make videos on a daily basis — the good ones — then you will have the authority to make a simple video and make it the most liked video of the year.

Bella Porch's M to the B

TikTok is a community-driven social media platform made not just for entertainment but also to show what you are good at. And Franek Bielak uses the platform just for that. Show his talent: drawings. One of the top influencers (of his realm) on TikTok, Franek Biekal’s “This is one of my best drawings” video, is one of the most liked videos on the platform with over 44 million likes. The video pleads users continuously with messages like “Please watch till the end,” “Is worth it,” and Franek shows the drawing process with a low rhythm playing in the background.

If you are good at something, TikTok can indeed make you famous. But note that Franke shared a lot of his drawings before reaping the rewards via this one. And the reason to attach Franek to this Twitter video viral TikTok 2022 list is to motivate you to share your talents with the users on TikTok and not lose hope.

Billie Elish has her own charm, best shown via the first video on TikTok. Billie decided to use a Time Warp Scan filter on her first video to the platform.

It soon became one of the most liked videos of TikTok, with over 39 million likes. Now, as a regular user, you might have to do a little more than use a filter. But it is a good indicator that following the trend can help you succeed on the platform. 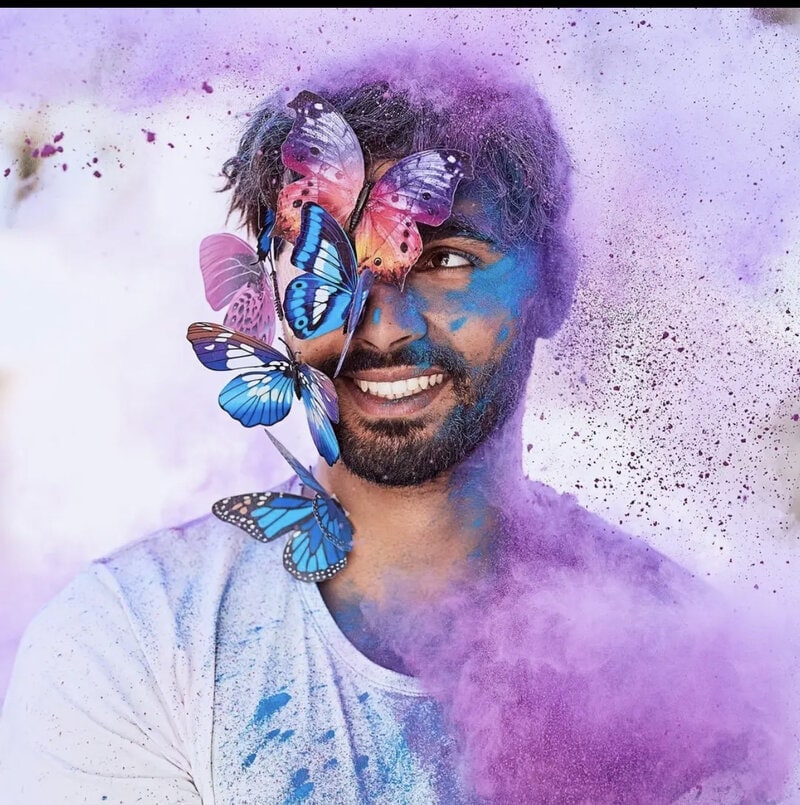 While platforms like Instagram are best known to share your photography skills, you can utilize TikTok to show the effort and process of taking a creative picture. And that is what user @youneszarou has done in his most liked video. With the help of an acrylic board, a few orange slices, and his friends, @youneszarou shows how he pulled off the beautiful photograph.

Parody might not take you to places, but it is enough to rank your video in the list of the best Twitter video viral TikTok 2022 list. Do not believe? Visit the link attached below and see what Nick Luciano does in the video. Starting with the numbers of likes @kaylavoid's received for her video on SugarCrush, Nick Luciano is shown lip-syncing the same song. And it worked quite well!

9. A wave hitting the camera

TikTok has shown time and time again that all it takes is a little bit of creativity to be famous on the platform. Once again, it shows that remark to be true via this simple clip of Jordy. In the video, you can see a wave hitting the camera. Yes, that is all in the video, yet it managed to rank as one of the most liked videos on TikTok. And for a reason: Jordy managed to entertain his viewers via a new style of videos continuously. The success of this simple clip is an accumulation of all those videos.

Here’s a link to the profile:

Some weird poses, swift tones, and a lot of giggling ended up dominating TikTok's soundbites.

Those are the top 10 clips for this Twitter Video Viral 2022 TikTok list. Hope you found out some valuable tips to employ in your own videos. And who knows? You can make our list next year. Of course, it is not that easy to explode on TikTok. But with a little time and effort, that fear is not hard to achieve.