20+ Creative Pixel Art Ideas to Light Up Your Life: Get Inspired!

The visual style of the Atari 2600, Sega Genesis, and the Nintendo Entertainment System, and early computer graphics influenced — and continue to attract — trillions of creative minds. Pixel art draws on that nostalgia and influence. Of course, modern graphics resolution is better than anything earlier gaming systems provided, but a specific emotional association and aesthetics of the pixelated style still have appeal.

Pixel art isn’t just art created by pixels; it evokes the look of early video game imagery and computer. That includes everything from Pong to Sonic the Hedgehog.

Without any further ado, let’s dive into the best inspirations of wonderful pixel art creations with the following easy pixel art ideas.

1. Knights of Sidonia by Johan Aronson 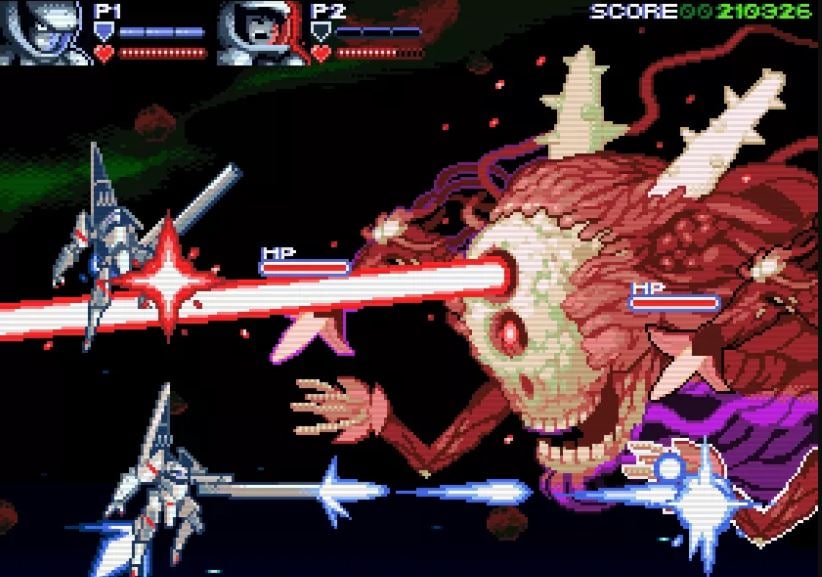 Mojang game studio art director Johan Aronson is well known for his world-class 2D pixel art. This eye-catching artwork pays tribute to the groundbreaking space opera manga series: Knights of Sidonia by Tsutomu Nihei. It was an anime series that attracted a cult following within the game developer community.

2. Dark Side by Roman Gonzo 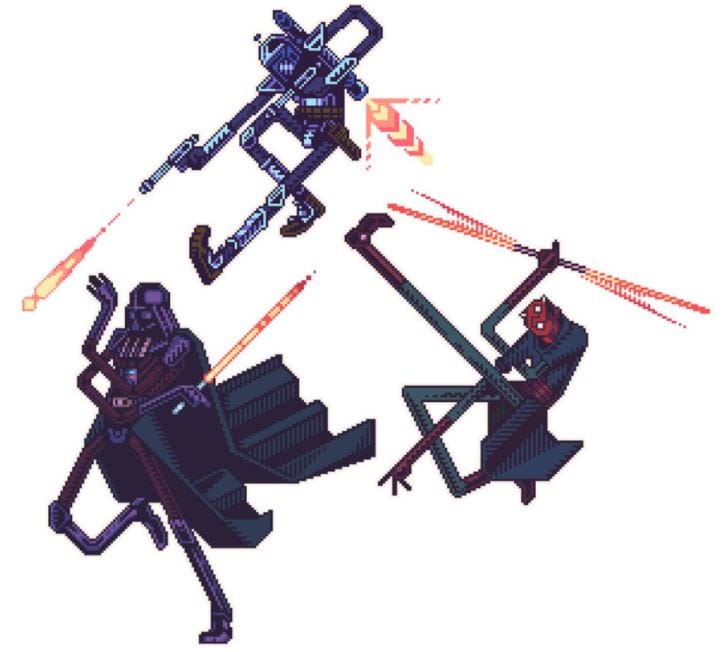 Another excellent artwork inspiration by Gustavo Viselner is one of his various tributes to a galaxy. Opinions may split into sequels and prequels, but the original 1977 movie can influence every Star Wars fan, as Chewie and Obi-Wan train Luke and C-3PO play holographic chess. 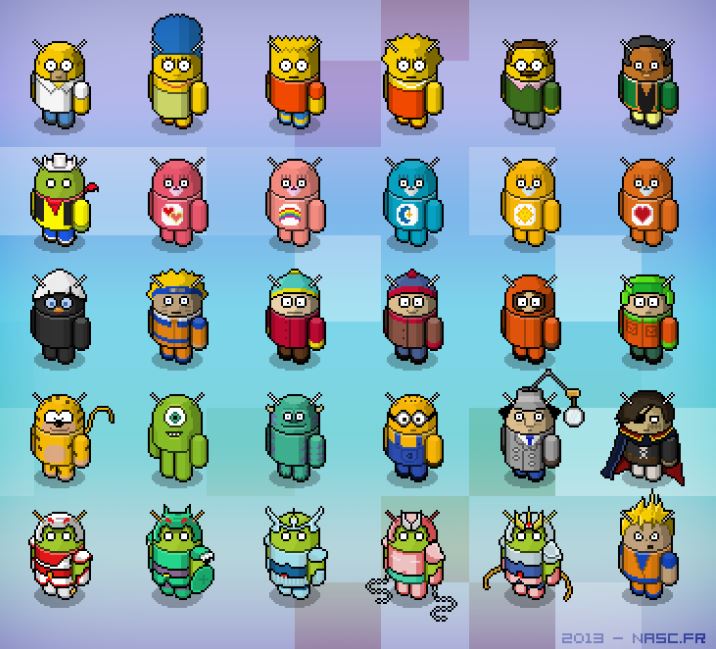 Web developer Nasc specializes in Android and Flash development indulges in pixel art creation in his spare time. One of his Bugroid projects turns famous cartoon characters into cute pixel art inspirations that are half-Android and half-bug: everyone from the Care Bears to the Simpsons. 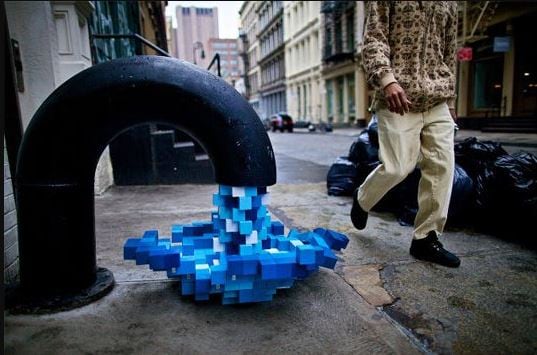 This Pixel Pour project is from a Portland-based visual artist Kello Goeller. He took the concept of the pixel and strategically crafted it around it into the real world. Her water-flowing pixels were instilled around the city, providing citizens with playful imagery and visual context to bring both worlds together. 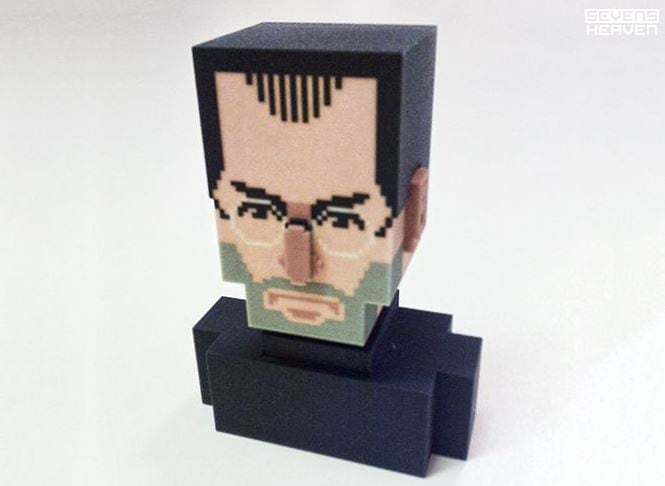 The work of Metin Seven merges pixel art and design with 3D elements, with detailed and dynamic results. This depiction of Steve Jobs’s reinterpretation, being one of the excellent pixel art ideas, is a marvelously appealing example of what he's able to do.

7. Talk to Me mural at MoMA 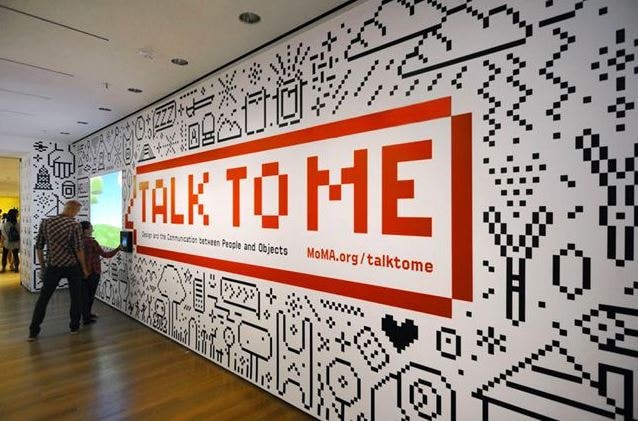 In 2011, MoMA used simple square combinations to make an exciting and vivid pattern mural depending upon the exhibition objects, Talk To Me. The featuring icons were by Samuel Sherman and YooIn Cho. This design's transformational feel got visitors stuck and excited to see the prime event. 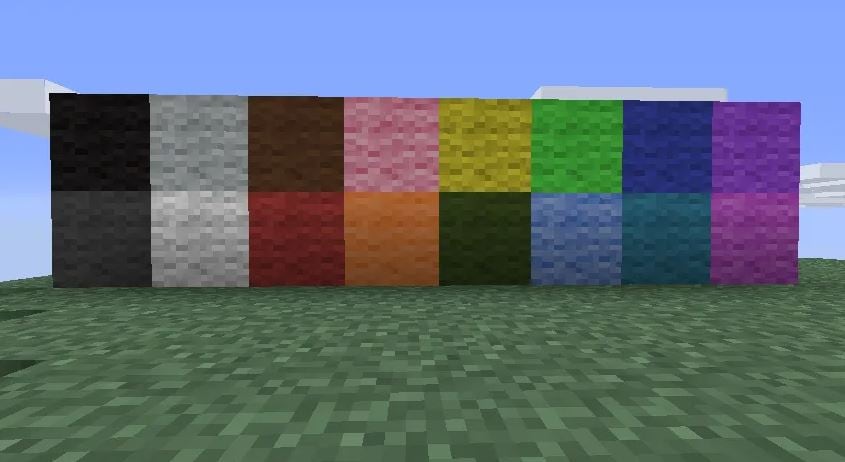 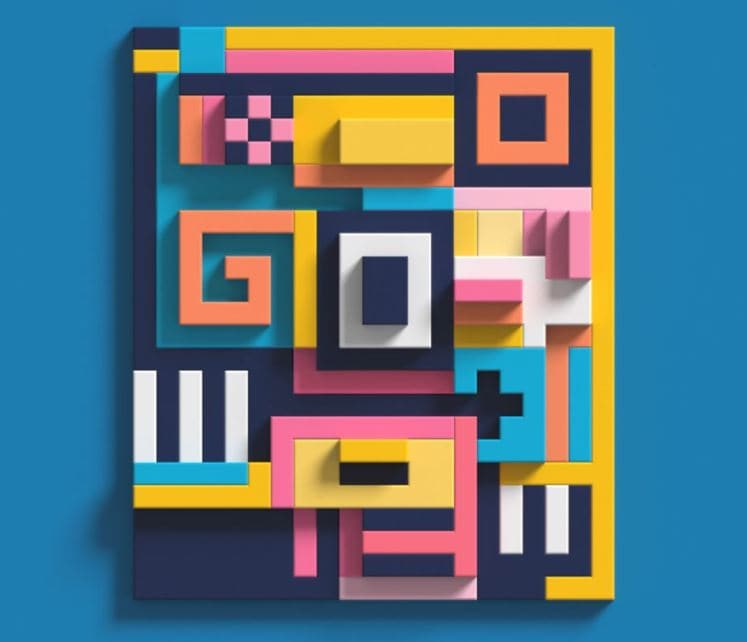 This lovely geometric design forms an ongoing project part by Indian graphic designer Prateek Vatash. He takes pixel art ideas for beginners to a new dimension, heading towards flat pixels and into single-color cubes while still preserving a retro vibe. 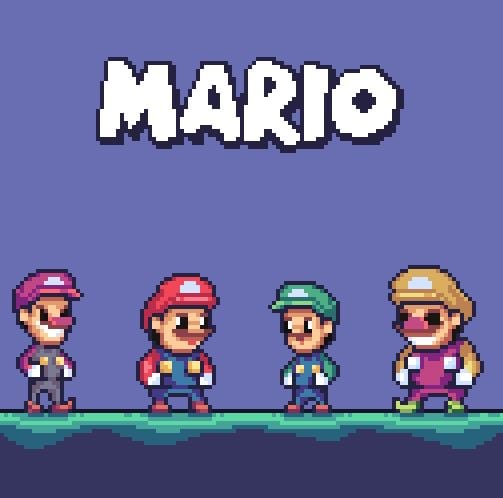 Mario was limited by technology and designed to represent the "Everyman" When Mario hit the scene in 1981, he wasn't known as Mario and was not a plumber. Instead, he was a carpenter known as "Jumpman." Then, he became a plumber and gained his titular name afterward. 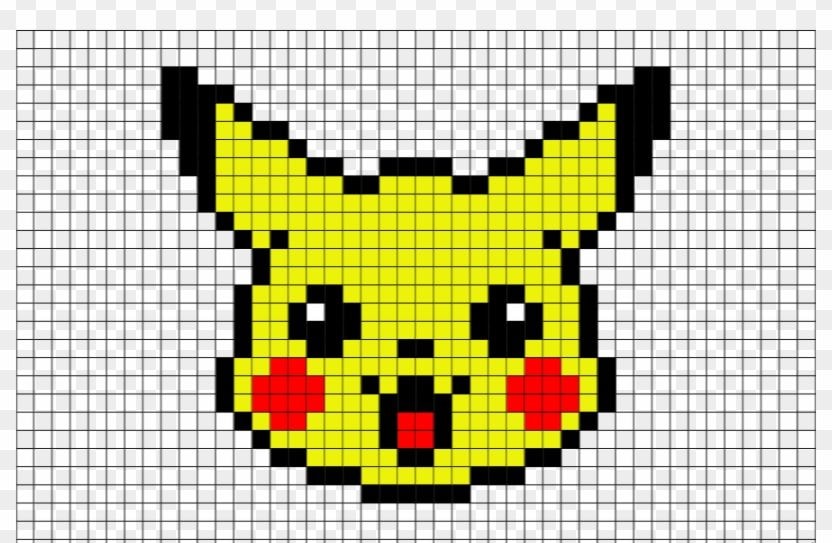 Pokémon are creatures of all sizes and shapes who live alongside humans or in the wild. Mostly, they do not speak except to pronounce their names. Pokémon are commanded and raised by their owners (called “Trainers”). And, they even become more experienced during adventures, on occasion, and come out as a stronger Pokémon. Currently, there are 700 plus creatures that inhabit the Pokémon universe.

12. The Witness by Pixel Jeff 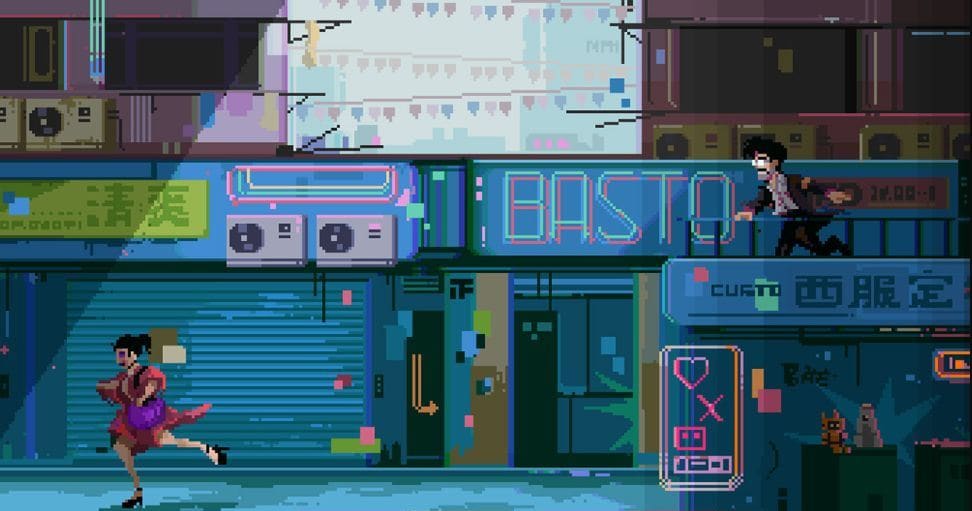 Another easy pixel art idea is made by Pixel Jeff, who is a pro pixel artist from Taiwan whose portfolio is vibrant yet varied, ranging from Disney princesses to cityscapes. This art form is a pixel art tribute to the Netflix series Love, Death, and Robots, and contains the vibe of an action-packed video game we can't wait to watch! 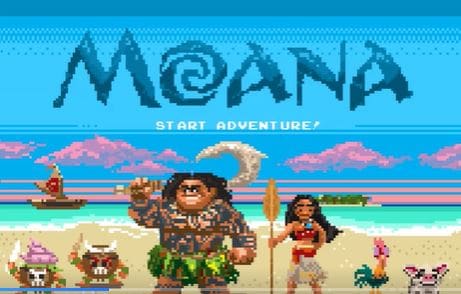 We all love Pixel Jeff's work so much and can't resist limiting ourselves to one entry on this list. So, it is a colorful pick from Disney's Moana, beautifully reimagined as a video game to play with, also one of the easy pixel art ideas out there! 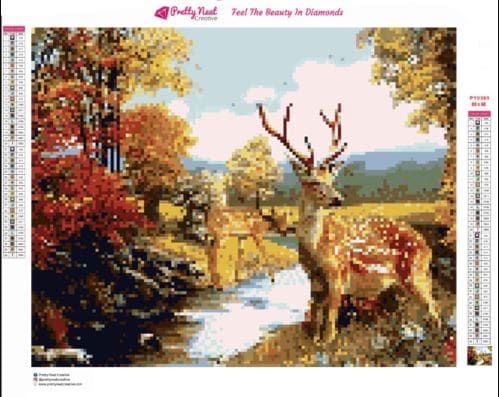 Diamond Painting is formed by pixels, too, just like a digital image. So each tiny piece you hold or place on your canvas is precisely a pixel.

We can't notice all details of the image when we see it at the pixel level. So you need to complete your artwork, and when you hang it on the wall, gaze it at from a distance, you must be admired by how beautiful it turns out. 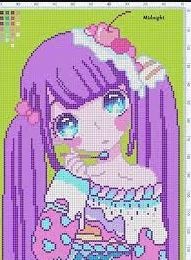 Anime refers to animation in the most basic term. Interestingly enough, the name itself isn’t an English abbreviation of word animation. Instead, it's how you say "animated cartoon" (written アニメ) in Japanese. To a Japanese viewer, it indicates any animated show or movie that uses signature aspects of Japanese-style animation, like vibrant colors, characteristics facial expressions, or dramatic panning. Thus, it’s also our last yet best pixel art idea worth considering!

A section of the “Wow!” factor of visiting the movies is noticing the professional effects, not the CGI explosions but the subtle movie special effects that effectively narrate the story. Things like:

Scene transitions, titling & text effects, professionally edited dialogue and music, colored filters, and visual effects are all the parts of this Wow factor.

These are just a few pro toolbox capabilities that create beautiful videos with creativity, emotion, and beauty. And there are some free applications available for video special effects that can help you make a limited choice of those effects, programs like Movie Moments for Windows and iMovie for iOS and Mac.

What if you had a program with all these functionalities, video effects download that could assist you in creating your movies shot on camera, smartphone or tablet into entertaining and generous professional-quality videos? What if that application could create Hollywood-style results?

Welcome to the possibilities of Wondershare Filmora!

Filmora video editor consists of a free video effects download that is easy to use, fun to create, and FREE! It is further compatible with various formats on the market.

And, you don't have to be pro in editing to enjoy Filmora video editor. It has a gentle learning curve with a sleek user interface, so even beginners can jump right in and start articulating within minutes. It gets any easier or faster for special effects, editing, sharing, and more, powered by drag-and-drop! 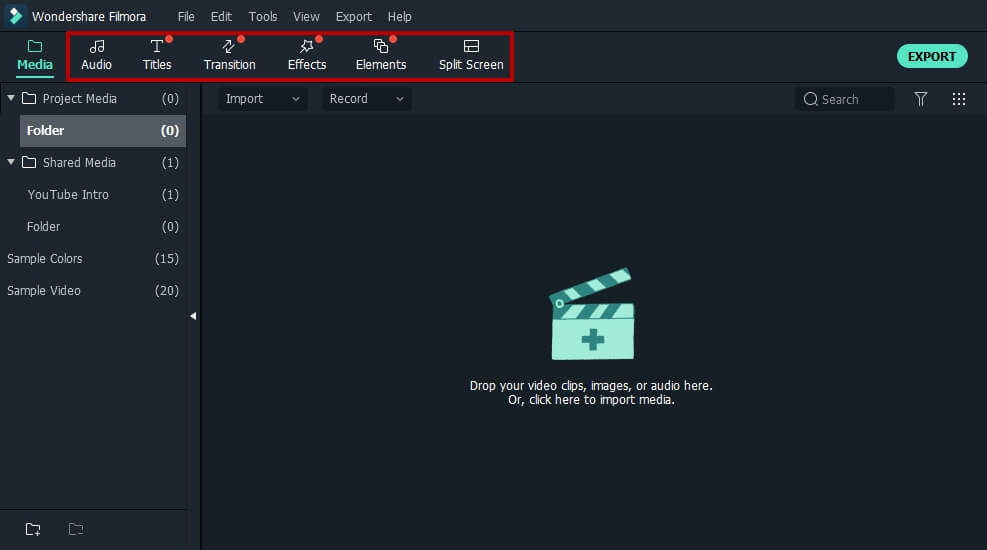 Wondershare Filmora video editor is available in versions for Mac and Windows OS. So, no one misses out on the option to create masterpieces on video, edit them, add audio elements and special effects, and then share them among family, friends, and the entire social media users.

With Filmora, you can add royalty-free sound effects and music directly to the videos. Despite this, you can also add the following special effects: 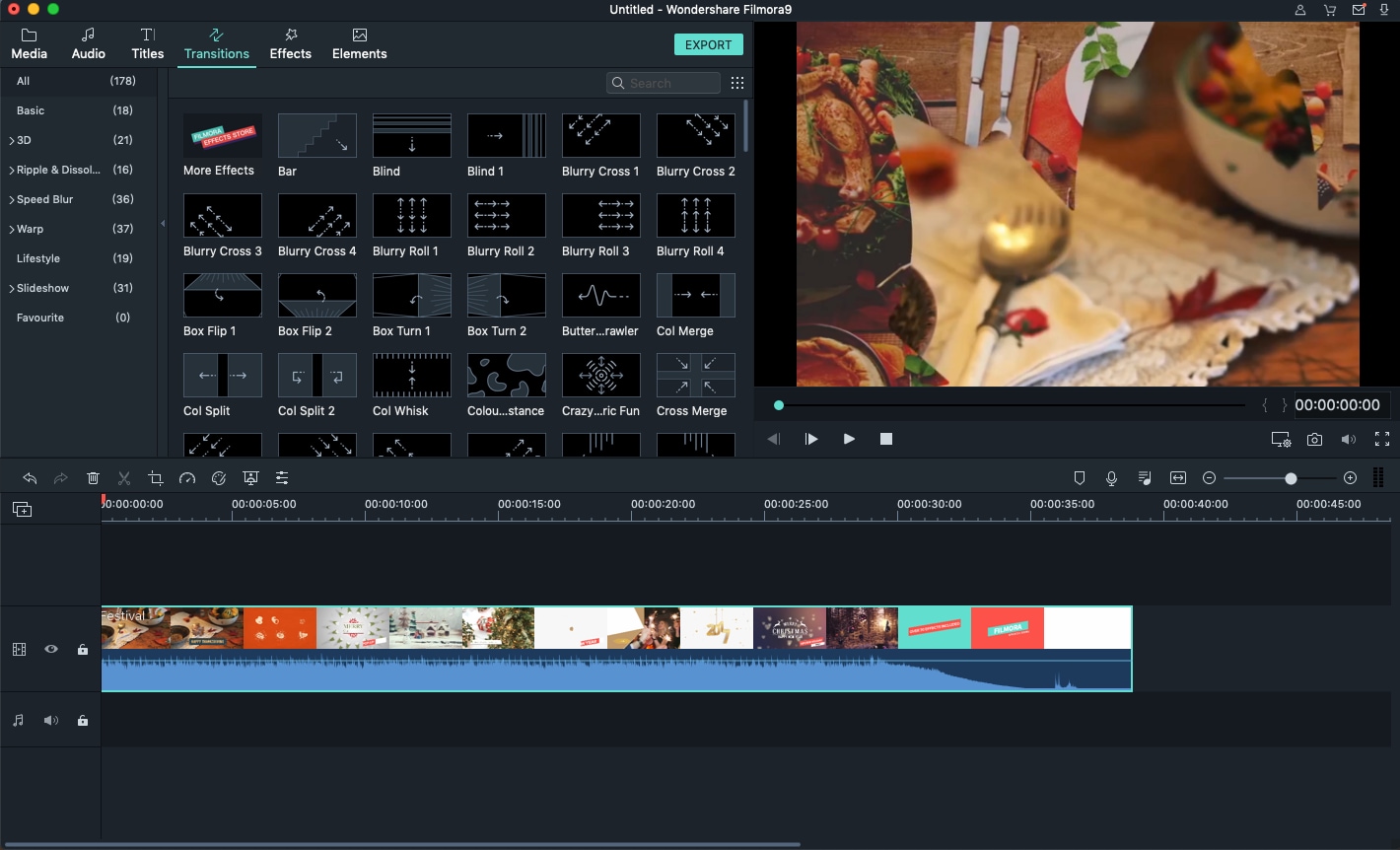 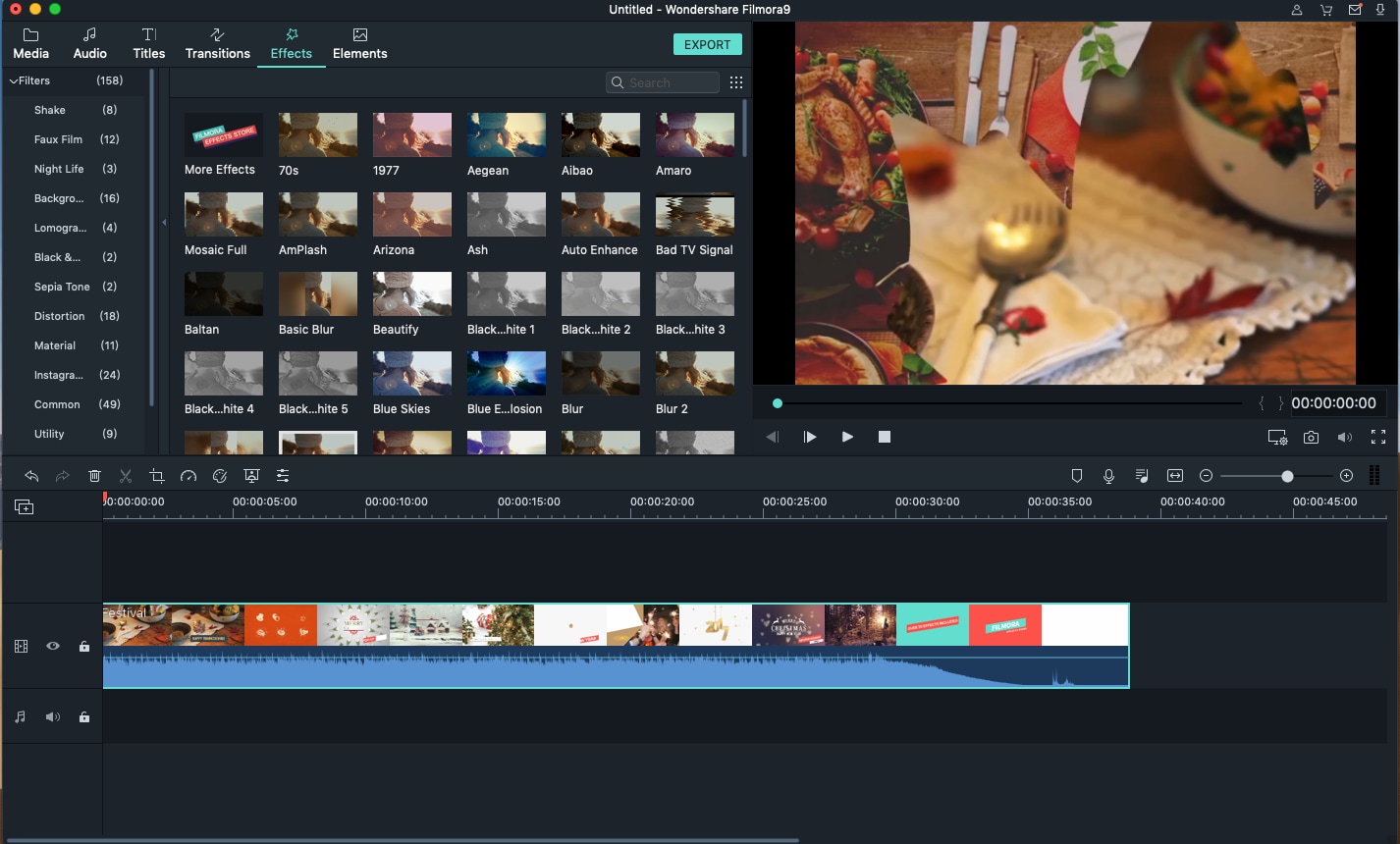 Download it to get started with your pixel art project now.

The Diamond Painting is formed by pixels as already mentioned.

To produce Diamond Painting Kit, you can consider the following sources to place an order or have a reference from.

AliExpress has a list of colorful diamond paintings to decorate your home. It also contains a pixel management box to keep your graphics card in sequence. If you want to present your home as more impressive, this painting can assist you in adding the gaiety decoration.

Unlike Walmart and Amazon, everything on the site is collected, made, curated, and sold by its sellers. These independent business owners not only create their goods but handle their inventories and orders, too. Etsy acts as the middle-man, giving independent and small creators a platform to attract customers.

JOOM is an online marketplace based in China that gets products from Europe and Asia and sells it. Sellers create accounts and sell them to buyers. JOOM offers free shipping and is very popular in their field of work.

There you have it! We have listed above various inspiring pixel art ideas in 2021.

Whether making animated sprites, stand-alone art, or your video games, you'll always evoke nostalgia when you hover around pixels. But this artwork is more than just a throwback. The sprites might be simple, but the art is as complex as ever. That's the reason we've recommended using ready-made pixel art effects in Wondershare Filmora.