Have you seen everything on Netflix? Does nothing pique your interest in Hulu or Amazon Prime Video? Can I entice you with a free YouTube movie?

To watch full-length movies for free, you don't need to rent a movie or sign up for a YouTube Premium subscription. Hundreds of movies are accessible for free on YouTube if you don't mind having your movie-watching pleasure interrupted by the occasional ad.

If you're willing to pay to stream, YouTube boasts as large a collection of new movies as anyone. However, the video streaming site features a large, though difficult-to-find, a library of legal free movies. Not talking about strangely uploaded, blurry, shaky movies. Along with viral stars and adorable animal montages, genuine, 100 percent free (and good) movies are available.

Sunrise is one of the best free movies on YouTube, containing aspects of Silent, Romance, and Thriller. The film was directed by F.W. Murnau and was released in 1927. The cast also includes Janet Gaynor, George O'Brien, and Margaret Livingston. The film is rated 8.1/10 on IMDB.

A farmer (George O'Brien) is bored with his wife (Janet Gaynor), their baby, and the monotony of farm life when he falls under the spell of a flirty city lady (Margaret Livingston), who persuades him to drown his wife so they can flee together. When his wife suspects his plot and flees to the city, the farmer pursues her, gradually recovering her trust as the two rediscover their love for each other in this award-winning silent classic. 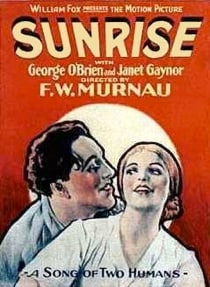 The General is one of the top free YouTube movies of the year 2021, combining Silent, Comedy, and Romance elements. The film was initially shown in 1926. Buster Keaton and Clyde Bruckham directed the picture. Starring are Joseph Keaton, Marion Mack, and Glen Cavender. In addition, the IMDB rating is 8.1/10.

One of the most revered silent-era comedies, this picture depicts hapless Southern railroad engineer Johnny Gray (Buster Keaton) going up against Union forces during the American Civil War. When Annabelle Lee (Marion Mack), Johnny's fiancée, is kidnapped while aboard a train taken by Northern forces, Gray follows the soldiers using various modes of transportation in entertaining action that showcases Keaton's inexhaustible wit and ability. 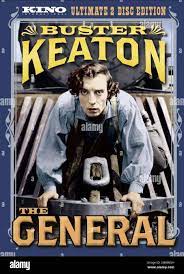 On April 1, 1923, one of the best free movies on YouTube, safety last, was launched. The filmmakers of this picture are Sam Taylor and Fred C. Newmeyer. Harold Lloyd, Mildred Davis, and Bill Strother are among the cast members. It's a comedy/adventure silent film. The film is rated 8.1/10 on IMDb.

Safety Last! is a meditation on time and money, fame and misfortune that mirrors its creator's life. A young man (Harold Lloyd) arrives at New York Metropolis to support his adoring lover (Mildred Davis). Still, he rapidly learns that surviving in a large city is more difficult than surviving in a small town.

When he learns that a store manager is willing to give $1,000 to anyone who can get consumers into his store, he convinces his acquaintance, the "human fly" (Bill Strother), to help him climb the building and divide the profit with him. But when his friend gets into problems with the cops, he is forced to accomplish the insane stunt on his own. 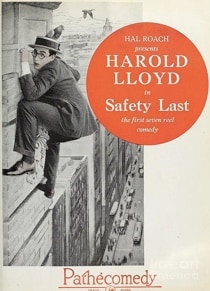 Nosferatu is the best free movie on YouTube; 1929 was the year of publication. F. W. Murnau directed the film, Max Schreck, Alexander Granach, and Gustav von Wangenheim are among the cast members. This film is placed in the genres of silent and horror. The IMDb RATING is 7.9/10.

In this immensely famous silent horror film, the intriguing Count Orlok (Max Schreck) sends Thomas Hutter (Gustav von Wangenheim) to his lonely Transylvanian castle in the mountains. Orlok, the creepy, aspires to purchase a home near Hutter and his wife, Ellen (Greta Schroeder). Hutter struggles to escape the castle after Orlok reveals his vampire nature, knowing that Ellen is in severe danger. Knock (Alexander Granach), Orlok's servant, is preparing for his master's arrival at his new residence. 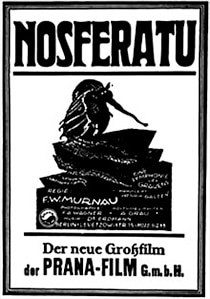 The Navigator is one of the top free movies on YouTube for time killing 2021; the year of publication is 1924. Buster Keaton and Donald Crisp are the directors. Moreover, Buster Keaton, Kathryn McGuire, and Fred Vroom are among the cast members. It is the best Silent and Comedy movie of 2021. The IMDb RATING is 7.9/10.

David (Joey Cramer), 12, and his family live in Fort Lauderdale, Florida, in this 1978 Disney adventure. When he recovers after being knocked out in the jungle near his home, he discovers that eight years have gone by. His family is happy to see him back, but they are as mystified as he is that he hasn't aged. When a NASA scientist (Howard Hesseman) detects a UFO nearby, David is allowed to solve the riddle and reclaim his life. 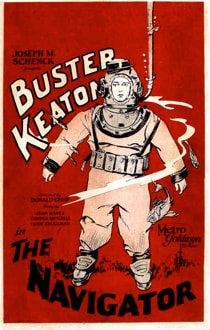 The Scarecrow is one of the best YouTube movies. The year of publishing is 1920, and the film's directors are Buster Keaton and Eddie Cline. Among the actors in this film are Buster Keaton, Joe Roberts, and Joe Keaton. This is a silent and funny film. On IMDb, the film has a 7.3/10 rating.

Two creative farmhands battle for the same girl's hand in marriage. She, on the other hand, is unimpressed with both of them. Farmhands Keaton and Roberts inhabit a cottage filled with mechanical equipment designed to make life easier. They're competing for the farmer's daughter. Disguised as a scarecrow, Keaton wreaks havoc on his adversary and the farmer. When Keaton stoops to tie his shoe, the girl accepts his kneeling proposition. 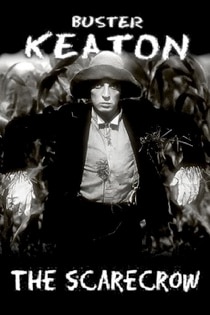 The best YouTube movie is The Kid. The movie was first published in 1921and the film was directed by Charlie Chaplin. It is a classic silent and comedy film starring Charlie Chaplin, Jackie Coogan, and Edna Purviance. The rating on IMDb is 5.9/10.

Chaplin's first full-length film is a silent classic about a tiny tramp who discovers and raises a small orphan but is abandoned when the orphanage reclaims him. Chaplin wrote, directed, and performed in the film and provided the score. 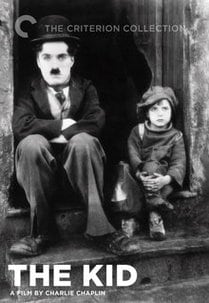 8. NIGHT OF THE LIVING DEAD

The best movie to watch on YouTube to pass the time is Night of the Living Dead. It was first published in 1968. George A. Romero directed the picture. The cast includes Judith O'Dea, Russell Streiner, and Duane Jones. Horror is a subgenre of filmmaking, and this film has a 7.9/10 rating on IMDb.

Of course, Night of the Living Dead is a horror film designed to frighten viewers. On the other hand, Fear serves as an essential lesson for viewers, demonstrating that if you do not act solely on impulse, you are more likely to survive a tragic circumstance like the one depicted onscreen. The movie's plot is when corpses begin to leave the graveyard in quest of new human remains to consume, a diverse group of people seeks safety in an abandoned mansion. 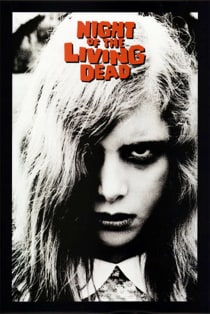 Zodiac is the best film, and it was released on February 28, 2007. David Fincher is the film's director. The cast includes Jake Gyllenhaal, Mark Ruffalo, Robert Downey Jr., Brian Cox, and John Carroll Lynch. It is a thriller, horror, and mystery movie. The IMDb rating is 7.7/10.

Zodiac is a film about the allure of investigation and passion, as well as the terror of unpredictability. The movie's plot is, Fear pervades San Francisco in the late 1960s and early 1970s as a serial killer known as Zodiac pursues its residents. Detectives (Mark Ruffalo, Anthony Edwards) and reporters (Jake Gyllenhaal, Robert Downey Jr.) become obsessed with locating and prosecuting the perpetrator. Meanwhile, Zodiac continues to murder individuals while taunting cops with cryptic letters, cyphers, and threatening phone calls. 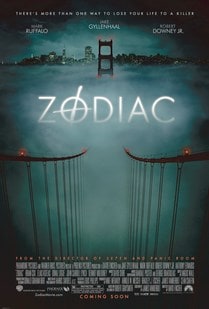 The Lady Vanishes is both comically dated and a by-the-numbers primer on constructing a near-perfect thriller. Alfred Hitchcock directed the film, which was released in 1938. Margaret Lockwood, Michael Redgrave, and Paul Lukas are among the stars. The IMDb rating is 7.8/10.

Here's a film's plot. An avalanche delays a party of travelers on a train bound for England. Young Iris (Margaret Lockwood) befriends elderly Miss Froy while holed up in a hotel in a fictitious European country (Dame May Whitty). When the train resumes, Iris falls unconscious and awakens to find the older woman has vanished. When the other passengers ominously deny Miss Froy's existence, Iris goes on to investigate with another traveler (Michael Redgrave), and romantic sparks fly between the two sleuths. 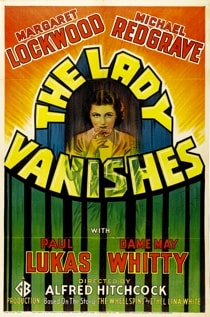 Furthermore, Filmora is excellent for editing short videos and making short video advertisements. When you require more functionality than the original Windows Movie Maker, Filmora is a perfect choice. However, the procedure of importing (paying) templates from the library is time-consuming, and the software alternates between local and online installation.

● While you may rent or buy movies on YouTube, you can also watch a lot of them for free. The films listed above are some of the suggestions for you. You will appreciate these films and have a good time.