10 Best VR Videos on YouTube to Have Immersive Experience

The pandemic in 2020 was a significant event that disrupted everyone globally. Video calls and virtual events became the run-to for most workers. This caused a lot of people to embrace the idea of virtualization.

Viewers needed new ways to experience performances and shows. Then, new virtual reality (VR) headsets entered the market, making people amazed as they did the best of what an average standalone headset could do. VR videos give real-like visual effects that will amaze and make you feel in the same surrounding as in the video background. And with the arrival of futuristic VR video Youtubers, creative videos are coming all around. Through this article, let's look over the best YouTube VR Videos and understand how YouTube VR 360 videos differ from each other.

01 What is a VR video on YouTube?
02 10 Best VR Videos on YouTube for 2021
03 Where to Watch VR Videos besides YouTube?
04 Choose High-Quality VR Headsets
05 FAQs about VR Videos

Firstly, it is essential to understand a VR Video on YouTube and how it differs from 360 videos?

VR Videos YouTube – For VR Videos with the YouTube mobile app, you can watch VR videos alongside cardboard. You will have an immersive feeling while watching this as you feel present in the scene actions while having your field of vision covered with a viewing device.

Though both YouTube VR and 360 give an immersive viewing experience with 360-degree coverage, still YouTube 360 videos reflect live actions with modified cameras accessible through 360-degree video-compatible devices. YouTube 360 videos are also viewable on devices such as smartphones, computers, etc., that are compatible. However, here, video progression is not under viewers' control.

On the other hand, VR videos with VR headsets give options to control the viewing experience, such as interacting, running, walk with the video from the viewer's end.

You must be eager to start your voyage to VR YouTube videos. So let’s move ahead with the below-mentioned options that cover the ten best YouTuber VR Videos.

The production of VR videos from the 360 worlds games is becoming a live event model, making video creators keep these incredible experiences with this end-of-season Fortnite event.

2. Around the Planet in 2 Minutes

This video offers viewers a glimpse of other travel videos on the channel while leading them to various locations worldwide.

This version of the YouTube 360 video gives viewers a view of it from the first-person point of view. This video broke YouTube records with its 22+million views within a short while.

In this video, Warren Haynes and Danny Louis mirrored the constraints of the moment implicitly, taking their craft outdoors.

5. China, One week before Coronavirus Lockdown

This experience gives one the view of different structures like plants, people, and nature at large.

6. The Dawn of Art; AVirtual Journey inside Chauvet Cave

This animated tour is being narrated into a cave by Daisy Ridley. The video is known for holding the best figurative cave painting in the world kept for 36,000 years.

7. Guardians of the Kingdom

This video exposes the relationship between whales and humans by the incidences between two mothers; a human and a whale.

Here, viewers get to see how volcanoes spew carbon dioxide and other gases into the air, changing the earth's climate through that.

In this video, the viewers see the views of the central park and the iconic US metropolis.

10. Lockdown Around the World | National Geographic

This video is from National Geographic. It exposes a view of crowded cities in an unprecedented period like the lockdown.

You may wonder whether there are other platforms where you can watch VR videos.

The good news is: Yes! Besides YouTube, we have platforms where viewers can watch VR videos and have an immersive experience. Read on to know them.

Users can watch their YouTube VR Oculus videos on this platform with apps like Samsung XR, Skybox VR video player, etc. They are also allowed to download games apps.

Steam Powered is known for VR titles and gets support from good VR headsets.

There are quite a good number of VR Headsets, but we have the option of choosing a high-quality VR headset that should be able to deliver a wonderful experience. This is what every user wants. Let's take a good look at a few of them.

This VR headset is top-notch. Its impressive flexibility, backed by its shocking price, will make one not want to look elsewhere.

No need to worry about screen-door effects as the headset possesses a high per-eye resolution—smooth 90Hz refreshing rate just like the Rift CV1 Oculus. Based on the Qualcomm Snapdragon chipset, XR2 resulted in excellent standalone performance. It's also capable of linking up with gaming PC for desktop experiences. 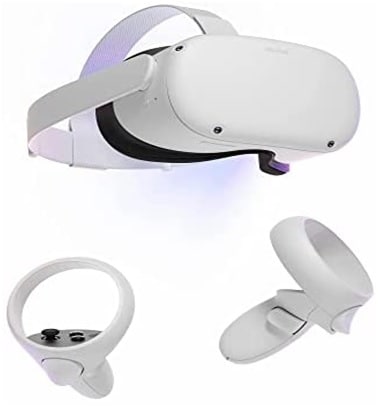 A lot of VR games have come out on PlayStation VR. The PlayStation VR gives PS4 users an excellent and quality experience. However, it doesn't have the highest resolution displays and cannot go for wild, room-scale tracking.

It has a 960 x 1,080 per-eye resolution and offers a 120Hz refresh rate for quality experiences. Its 100-degree field of view, motion controllers, and separate camera are suitable for unlocking immersive gameplay. A fantastic thing about it is that although it was for the PS4 and PS4 Pro, Sony ensured it'll also run on the PS5. 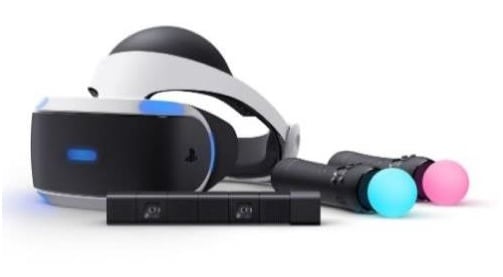 The HTC Vive Cosmos is the latest HTC headset in town. Overall combined 2,880 x 1,700 resolution provides optimally sharp resolution for the eyes that is 1,440 x 1,700.

This headset has an easy-to-wear halo-style headband and attached headphones for spatial audio. It's a highly versatile headset that allows users to switch which version of the Cosmos they're using by simply swapping out the faceplate, controllers, and any tracking base station. 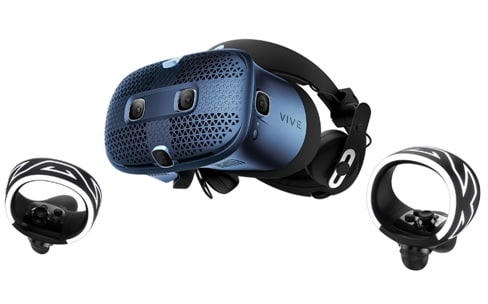 Let’s take a look at some questions by VR viewers.

Who is the Most Popular VR YouTuber?

‘Nathie' is the most popular VR YouTuber today. He is a Netherland-based content creator whose niche is VR technology. His channel has stupendous 600k subscribers.

Is VR Bad for Your Eyes?

According to research, there is evidence that wearing VR Headsets can cause the eyesight to deteriorate, causing eye strain, discomfort, and making the vision blur.

What is the Future of VR?

VR is known for giving immersive experiences in various aspects of life and career. Education, Sports events, technology, and lots more are fields where VR is in use with artificial intelligence.

Over time, it has been a lifesaver, being helpful to many in various locations worldwide and has been even more accessible than it used to be. The future of VR holds more opportunities for us as it evolves daily.

So, the end is not coming to it anytime soon.

In the world today, everyone has the opportunity to experience technology at its best through VR, and the good thing is that its rapid evolvement is an assurance that it's not ending soon. Every man and business needs VR to grow as its opportunities are massive. Whether with YouTube VR Oculus or any other platform, getting the real essence of visualization creates a big difference.

The future holds more great ways and opportunities to make things easy for us with VR. Thus, through the article, you will get to know many YouTube 360 videos and VR Videos YouTube platforms so that entertainment does not end with simple videos but goes beyond expectations.