How to Tame Llamas in Minecraft(2022) 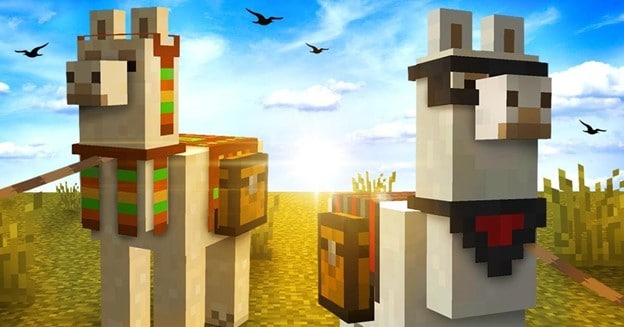 Minecraft is one of the widely played and enjoyed games throughout the world. Multiple reasons make this game so special. One of those reasons is the creatures of this game. This game contains a wide range of animals, birds, and fishes to explore and tame. One of the most useful and beautiful animals is Llamas. It was added to the game in 2016. It is a natural mob that spawns in different places in Minecraft. One of the best of Llamas is to transport a large number of items and objects from one place to another. But one can't do that without taming a Llamas. If you want to learn how to tame Llamas in Minecraft, then this article will be very helpful for you. There are multiple uses of Llamas in Minecraft. Apart from taming a Llamas, it can be used to mount and ride in Minecraft.

How to Find a Llama in Minecraft

Llama in Minecraft can be found in several different places and in several different variants. They are usually found in three main places, Mountains, Wooden Mountains, and Savanna. In mountain biomes, Llamas spawn in the herd of 4 to 6, and in the Savanna Biomes, they are spawned in the herd of 4. In Minecraft, Llamas come in four different colors like White, Brown, Gray, and Cream. Out of all the spawn Llamas, only 10% are spawned as babies and 90% are adults, which increases the chances of finding an adult Llamas while looking for one.

How to Tame Llamas in Minecraft 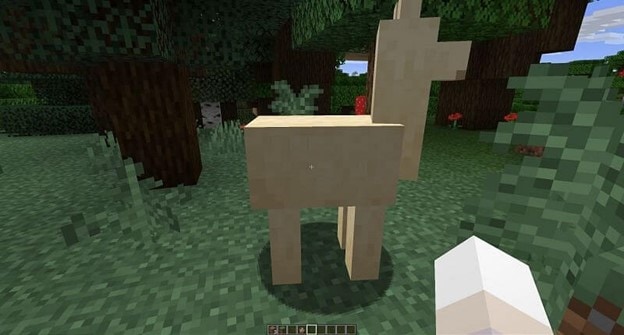 Taming a Llamas is very simple and doesn't require any kind of material. The best and the only way to tame a Llamas is to ride it. Once you have successfully found a Llamas, approach it but make sure you are not holding anything in your hands. When you reach near the Llama ride it. At first, it will buck off the player but you have to keep riding it again and again until you see the hearts popping out of the Llamas. It shows that the Llama is successfully tamed and is comfortable with your presence. Now you can comfortably ride the Llama whenever you want. But keep in mind that you can't control the movement of the Llama even if you have tamed it.

How to Put a Carpet on Tamed Llamas in Minecraft 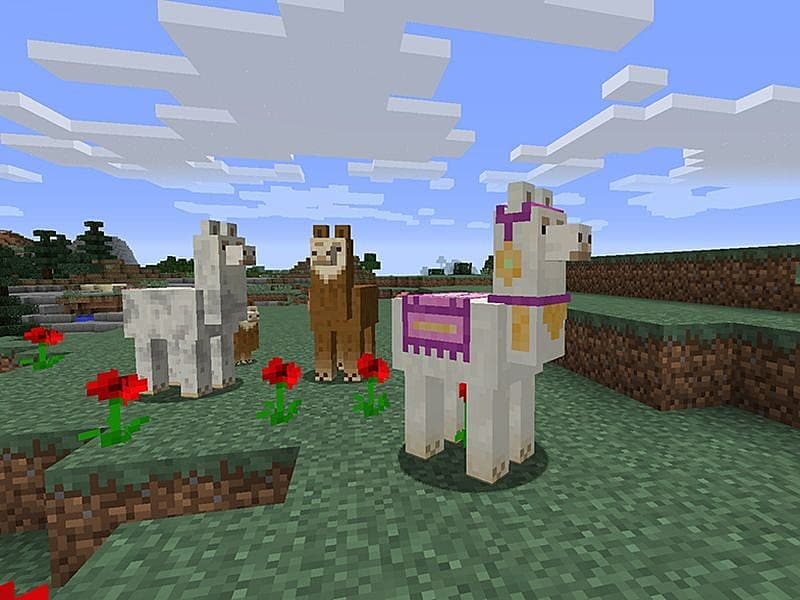 Once you have successfully learned how to tame Llamas in Minecraft, you can use it to ride and carry material on it to move it from one place to another. To differentiate your Llama from others or if you have multiple Llamas, putting a carpet on it may help you identify it. In order to put a carpet on the tamed Llama, the player has to mount it and open their inventory. Under their inventory, they can find several colors of carpets that can be applied to the Llamas. Choose a color and select it. It will be applied to the Llamas.

How to Put Chests on Tamed Llamas in Minecraft

The tamed Llama is one of the best means of transporting material and objects from one place to another. And putting chests on Llamas can increase their capacity to load material on them. To put the chest on the Llama, just hold a chest and go near the Llama, and right-click while facing the Llama. The chest will be placed on the Llama successfully. Keep in mind that once you put a chest on Llama, you can't remove it or undo it.

How to Feed Tamed Llamas in Minecraft 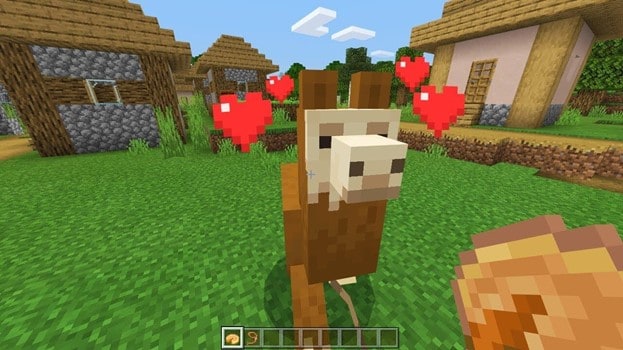 Now you know how to tame Llamas in Minecraft. After successfully taming the Llamas, you may find a difference in the behavior of the Llamas over time. It can be because of several reasons and one of the biggest reasons is hunger. Since you are the owner of the Llama, you have to take care of its food. Feeding the Llamas is very important to keep them in good mood. Feeding them can also restore their health, help the baby Llamas to grow faster and more. While trying to feed the Llama, keep in mind to carry suitable food. If not, it will not be fed. The suitable and most appropriate food to feed Llamas is Wheat and Hay Bale. Wheat can provide them with 2 healing hearts and increase their temper by 3. On the other hand, Hay Bale can give them 10 healing hearts and increase their temper by 6.

Having a tamed Llamas can be very beneficial like all other animals and creatures. It lets you mount it, ride it, carry and transport material on it from one place to another. What's more, you can decorate it the way you want and make look beautiful and unique. After considering all these features and benefits, it is worth your time and effort to learn how to tame a Llamas in Minecraft and look for it.

Thank you for your comment. We will review it within few days.
You May Also Like
How to Tame a Cat in Minecraft 2022

In this article, we will break down everything for you so that you can easily learn how to tame a cat in Minecraft.