Minecraft is one of few games where you have complete freedom to do anything you want with your creations. It seems that the minecraft parkour server may be the answer for a large number of individuals.

In this post, we'll introduce you to the best seven Minecraft parkour servers, where you may jump through obstacle courses and compete for the top spot on the scoreboard. Enjoy!

Here we talk about the 7 best Minecraft Parkour Servers. These are the following:

Mox Mc is one of the best Minecraft Parkour Server. Mox MC provides a wealth of varied obstacle course maps that are divided into categories based on the competence and experience of the participants. Players that complete popular Minecraft parkour server tasks are also rewarded with in-game trinkets and tags that are unique to the game.

All that is required by the player is that they join the server and write /warp parkour in the chat. Mox MC's fantastic Minecraft parkour server map will be shown for the gamers to explore and conquer. 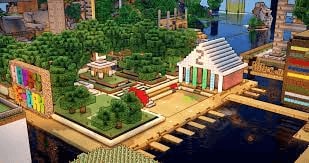 Minr is a Minecraft server that has been running for around 10 years at this time. Every year for the last 10 years this server has been in operation, new and varied parkour maps have been consistently added for gamers to enjoy.

Once again, the server offers maps that are divided into categories based on the skill level and expertise of the participants. The result is that both newcomers and experienced players will have a positive gaming experience on the server. 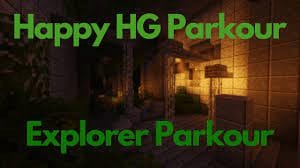 Another very popular Minecraft server, Happy-HG, includes a large number of built-in game modes, including parkour, which makes it a great choice for beginners. Players will have the chance to fine-tune certain in-game parkour abilities via the use of exact maps that target specific regions that need to be developed.

Each scenario has its own set of maps that are unique to it. Players may, for example, jump into a slime or a ladder parkour map as well as train to enhance their skills in places where they are having difficulty. 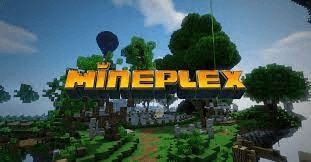 The server has been popular with Minecraft multiplayer community for a long time and is a well-known server in the community.

There are a variety of game types available on the server, as well as a few parkour maps. One particularly well-known level in Minecraft, dubbed "Dragon Escape," is particularly popular among runners, who enjoy the challenge of completing it. The map is completely unique to Mineplex and provides a unique gaming experience. 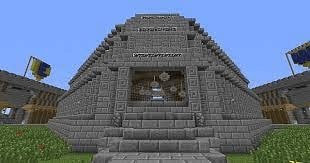 Even though Parkourcraft is smaller in size than some of the other servers on our list, it has a massive collection of amazing, custom-built parkour maps as well as plugins for users to experiment with.

Following the completion of the maps, players are awarded in-game money which may then be used to purchase various cosmetic features and benefits such as headgear and chat tags. 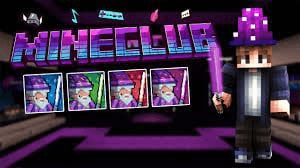 MiceClub is a rather large and active Minecraft server that offers a variety of game types, including parkour and survival. The tasks are organized into groups based on ability level, making it a fun experience for both beginners and experts.

Completing tasks and maps will also result in rewards for the players. The prizes are either cosmetic items for use in-game or conversation tags that may be used in-game. 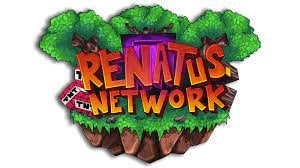 When it comes to Minecraft parkour, if you're just starting started and looking for a server to help you gain your bearings, this is a terrific place to start.

For those new to Parkour in Minecraft, there's a course called Rocky that will get them up and running quickly with all of the fundamental abilities they need to get started. Once you've gotten your bearings, you may go on to more difficult and demanding courses.

Minecraft Parkour Servers are one of the most creative and dedicated manifestations of the Minecraft community. It's similar to modifications, texture packs, shaders, & unique structures in that it shows off the creator's creativity and programming talents.