The 10 Best Minecraft Mods Everyone Should Try

Even though it was released almost 10 years ago now, Minecraft continues to be one of the biggest games in the world, and for a good reason. An open-world sandbox adventure game where you can build anything you want – who wouldn't love that? The success and popularity of the game are why it still receives regular updates even today, and though most of the updates are taken well by the community, for many, there are still things missing that they'd like to see added.

For as long as the game has been out, Minecraft players with a passion for coding have taken it upon themselves to make their own updates to the game in the form of game mods, and in this article, we're going to go over some of the best ones available to you. Every mod on this list is absolutely worth downloading, and you'll know why once you try them for yourself. 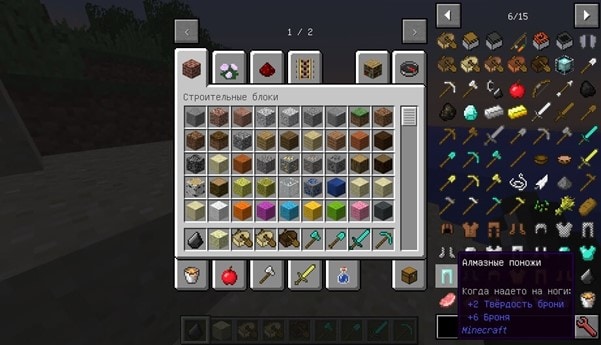 Just Enough Items, also known as JEI, is a mod that makes crafting, brewing, smelting, and cooking easier than ever by letting you quickly view recipes and available items when needed. If you prefer the vanilla Minecraft experience, that's totally fine, but if you're all about efficiency and getting things done quickly, then this mod is an absolute must. It even includes a search bar so you can locate items quickly, as well as a bunch of other advanced features that will make your life so much easier in-game. JEI is definitely one of the best Minecraft quality of life mods out there. 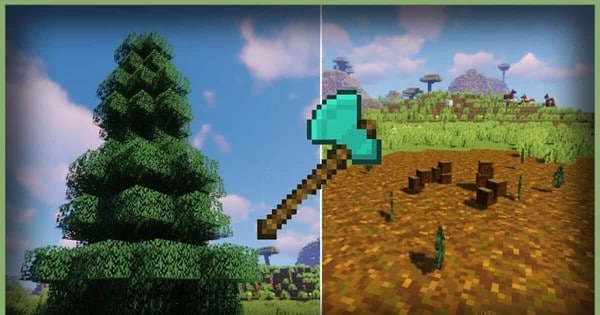 FallingTree is a simple mod that lets you cut down entire trees by breaking only one block. If you hate how long it takes to cut down trees and harvest wood in the traditional vanilla version of Minecraft, then FallingTree is absolutely worth implementing into your survival world. It's a tiny quality of life change but it can make a huge difference to your gameplay experience. 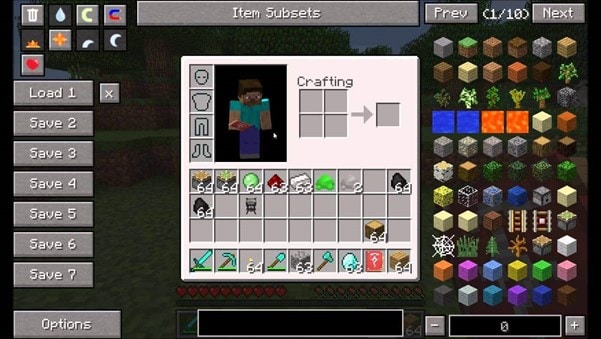 Equivalent Exchange is one of the best Minecraft mods for players looking for more content after beating the base game. The mod is centred around alchemy and lets you transmute your existing materials into new ones that can be used to create powerful weapons and tools. A lot of glowstone and diamonds will be required, so Equivalent Exchange is very much an endgame mod that caters to only the most committed of Minecraft players. 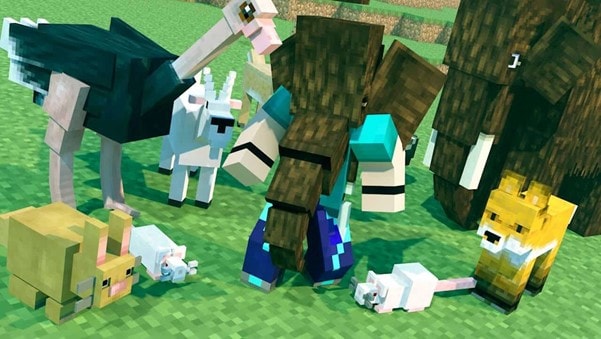 Mo' Creatures is a massive Minecraft mod that introduces over 50 new mobs into the game, with everything from crocodiles and tigers to roaches and jellyfish. If you love discovering new creatures and interacting with them, then this is by far the best Minecraft mod for it. A lot of the mobs can actually be tamed, too, so if you've ever wanted an elephant or turtle as a pet, now is your chance! 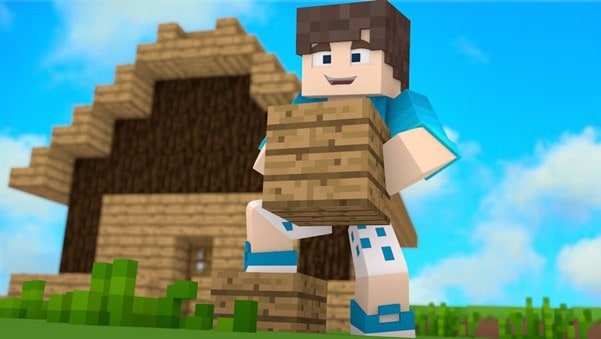 If you're someone that loves building in Minecraft, then WorldEdit is one of the best Minecraft mods for you. WorldEdit gives you so much control over the blocks you place and lets you make huge changes to your Minecraft world's landscape with just one click. If you're tired of placing blocks individually and want to make the building process a lot quicker and more enjoyable, then you absolutely need to download this mod. 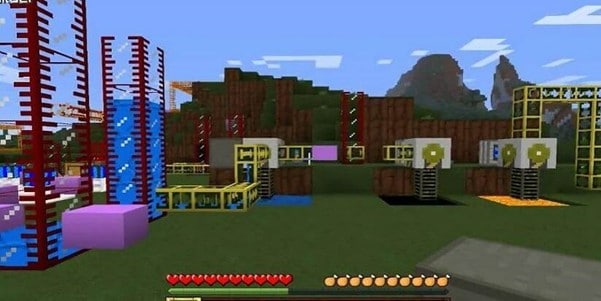 BuildCraft is a huge Minecraft mod that introduces powerful machines into the game. These machines can mine resources, transport items, craft, and do a whole host of other things in an automated fashion. The mod also brings oil, fuel, and an energy unit called Minecraft Joules into the game. If you love mods that bring a whole new level of complexity to Minecraft, then BuildCraft is absolutely for you. There is an absolute tonne of content for you to enjoy here and I guarantee you'll love every minute of it. 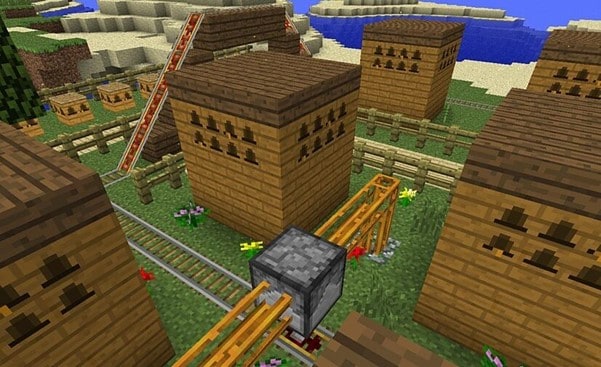 Next up, we've got Forestry, which is a fantastic mod that adds a variety of farming-related features into the game. If you're not much of a fighter, but love tending to crops and looking after animals, then this is absolutely the best Minecraft mod for you. There's so much content including machines, new foods, tools, and resources, so I guarantee you'll have a blast with it. There's even a whole part of the mod dedicated to beekeeping, with an add-on available that adds 72 new species of bee. Is that awesome or what? 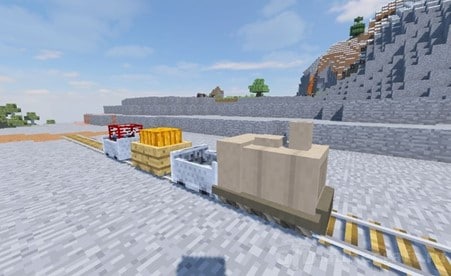 Railcraft is another amazing mod that expands heavily upon the railway system in Minecraft. The base game only has a few different kinds of railway tracks and carts, but with the mod, you'll have access to more than you could ever wish for. There's even a way to link carts and have them pulled to various places by locomotives. If you love the intricacy and complexity of railway systems and are keen to build your own ones in Minecraft, then this is the best Minecraft mod for you. 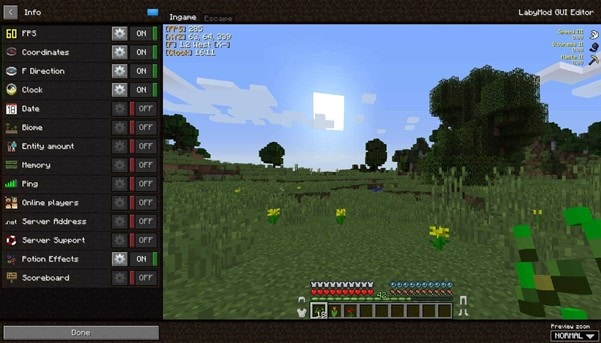 LabyMod is an incredibly well-made Minecraft mod that introduces a bunch of small quality of life improvements into the game, including voice chat and a customizable GUI. It's a player-side mod primarily used on multiplayer servers, but it's great for single-player worlds, too with everything it offers.

Also, one thing that makes LabyMod one of the best Minecraft mods around is the fact that many large Minecraft servers actually work with the LabyMod developers. This means that players with the mod installed can gain access to a bunch of unique server features that greatly enhance their gameplay experience. How cool is that? 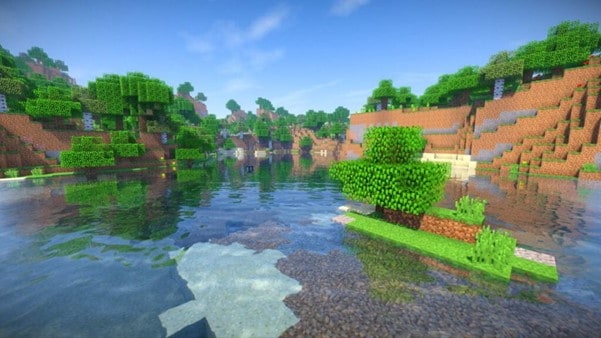 Last but absolutely not least, we've got OptiFine. Whether you're playing on a multiplayer server or just by yourself on a solo world, OptiFine is an absolute must regardless of how you choose to enjoy Minecraft. This mod essentially makes the game run twice as fast as normal and gives you a whole host of extra options that you can change to customize your gameplay experience to be exactly how you want it. The graphics settings are perhaps some of the best ones because they make Minecraft look so much more incredible than normal – just make sure you have a PC that can handle the enhanced visuals!

If that's not enough, there are even a bunch of cool quality of life improvements that OptiFine has, including the addition of a zoom button. Overall, it's by far the best Minecraft mod of them all, and we'd highly recommend you download it for yourself. We promise you won't regret it.

Minecraft is an incredible game as it is, but player-made mods just make it that much better. The creativity of the Minecraft community never ceases to amaze, and the mods listed above go to show how a simple idea can be made into something incredible if you put your mind to it. The world of Minecraft mods is absolutely amazing, and if you haven't tried any out yet, what are you waiting for? There are so many out there, and the best part is that they're free to download, making them accessible to everyone.