Filmora Video Editor
Record and edit amazing videos with just one software for all platforms.
Try It Free Try It Free

In case you were looking for a way to record a screen on a Huawei Smartphone, you've come to the right place because in this article we are going to take you through the process of capturing a screen on your Huawei Android phone. 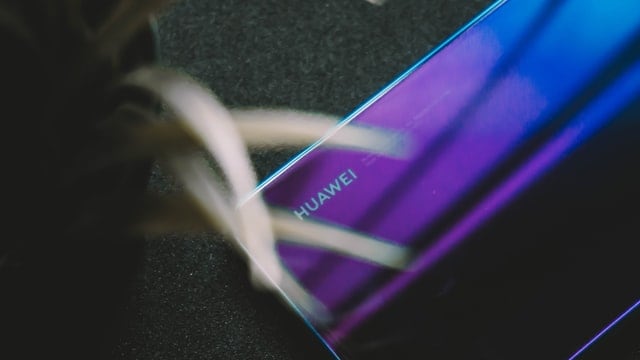 How to Capture Screen on a Huawei Smartphone 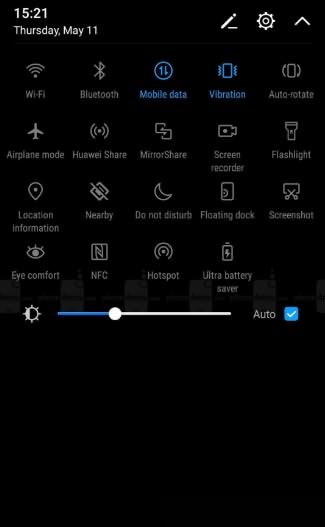 Hit the Enable button on the popup window which asking your permission to microphone and storage, and then a new notification will emerge informing you that sound will be recorded as well or that the screen capturing session will stop if you have an incoming call. Simply tap Next and when the new screen appears and tap on Done to start the countdown before the screen recording session.

After the screen recording begins, you will see a red button at the top left corner on your Huawei phone. To stop the recording, you can tap the Stop button or press the Volume up and Power buttons simultaneously again.

Huawei P10/P20/Mate 10 allows you to record the phone screen activities with the knuckle gestures due to the Knuckle Sense technology. 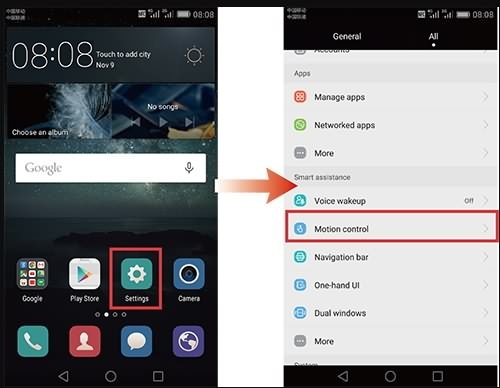 Where to Find the Recorded Videos

All screen recordings you create will be displayed in the phone's Gallery app. Locate the Screenshots or Screen Recordings folder on the Albums tab and then tap on the Share icon if you would like to post the recording on social media or send it to a friend. Hit the Delete button to remove the recording from your phone. Follow the on-screen instructions to complete either of these two processes.

Capturing your phone's screen can help you entertain your friends and followers on social media or to share valuable information with your business associates. Huawei's Smartphones enable you to accomplish both of these tasks in just a few simple steps. However, the built-in Screen Recorder on Huawei's Mate 10, 20 P20 or P10 Android devices doesn't allow you to specify the region of the screen you want to capture or select the frame rate, so if you want to gain access to more powerful screen recording tools you should install an app such as AZ Screen Recorder or DU Recorder from the Google Play Store, but you can also record the screen on the computer with some desktop screen recorders. Let's know how you record your screen on Android in the comments below.

Thank you for your comment. We will review it within few days.
You May Also Like
FREE 10 Best Live Streaming Apps for Android and iPhone

If you want to know what are the 10 free live streaming app, check it out.

How to Record Internal Audio on Android [Video or Gameplay]

While in this article, we will show you 4 ways to record your gameplay video with internal audio recording on Android phone or tablet without root.