Top 15 TikTok Influencers That Will Motivate You Today

TikTok is one of the most popular visual media platforms with millions of users around the globe. This platform allows its users to post creative short videos, gain likes, comments, and shares and become popular to a celebrity level.

These TikTok influencers also have an impact on their audience, on their fashion, the products they use, etc as they also utilize this platform to market whatever they choose.

TikTok influencers have been taking up a small space in all our lives since its worldwide release in 2018. There a lot of influencers in this platform who displays their skills and motivates their audience on different subjects of life. Entertainment, dance, singing, skincare, fashion.. no matter what subject you look up, you will find a number of TikTok influencers there.

Here in this topic, we will be talking about the top 15 TikTok influencers who have managed to gather a large audience for their content worldwide. Let’s jump in

Here is for your reference (listed by the number of followers):

Charli D ’ Amelio is an American born in 2004 and has been a wonderful dancer for more than 10 years. She started posting videos of her dancing in 2019 and since then has seen a large increase in the number of followers.

Her first breakthrough was the coverage of Jalaiah Harmon’s “Renegade” dance. Her casual, unlabored dance performances along with sweet facial expressions have been people’s favorite since then. 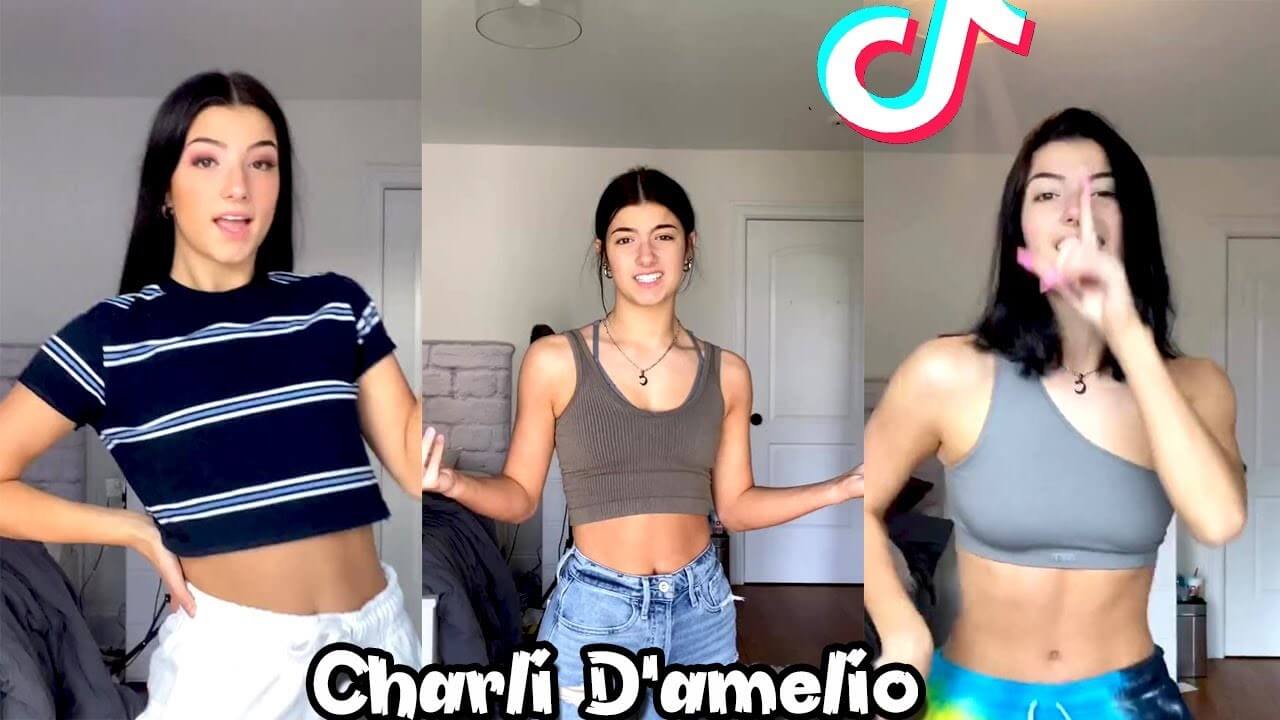 Addison Rae was a social media influencer and a model before she became popular on TikTok for her dancing moves and lip-syncs. She was born in 2000, made her first TikTok in 2019, and become the second most followed personality in TikTok in 2020.

She has been a part of The Hype House since 2019 and her popularity has enabled her to work with companies like Reebok, Hollister, L'Oréal, and American Eagle. 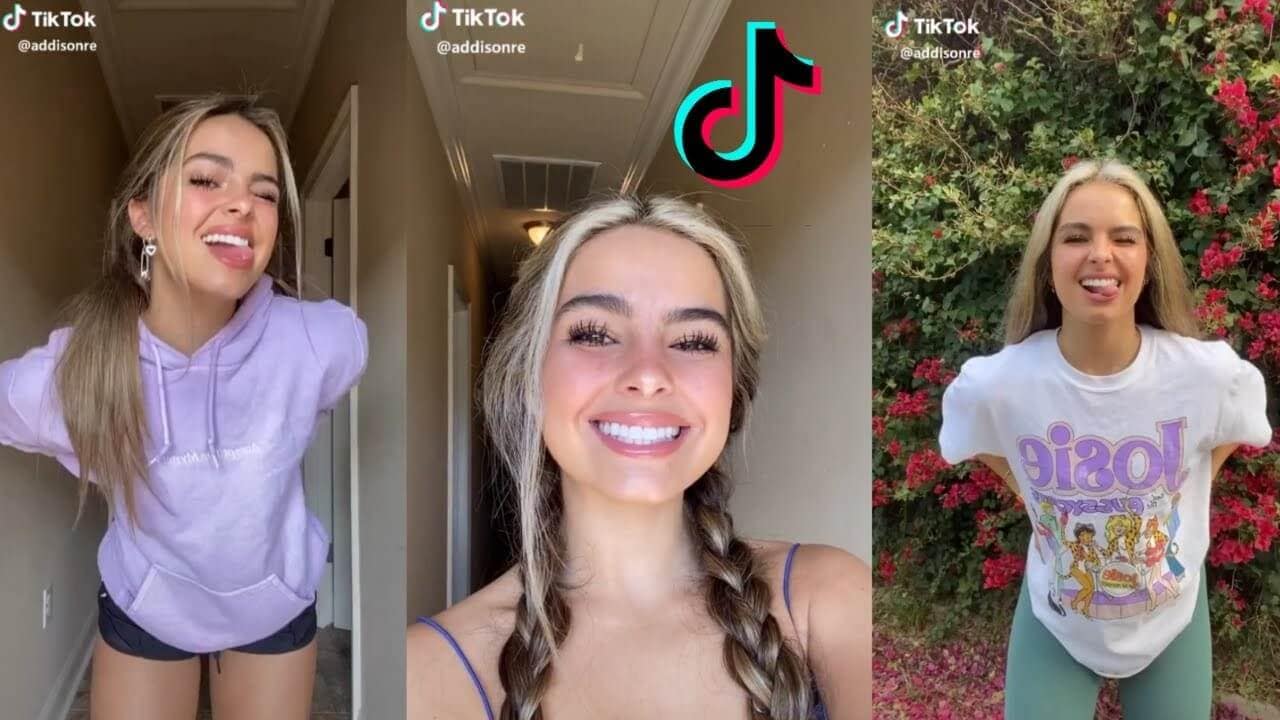 Zach King is one of the most liked content creators on TikTok who is popular for showcasing comedy skits and digital magic tricks. His 6-second magic videos called Magic Vines are liked by people all over the world.

Before TikTok, this Los Angeles-based illusionist has been posting videos on YouTube and Vine, and his entry to TikTok was in 2016. 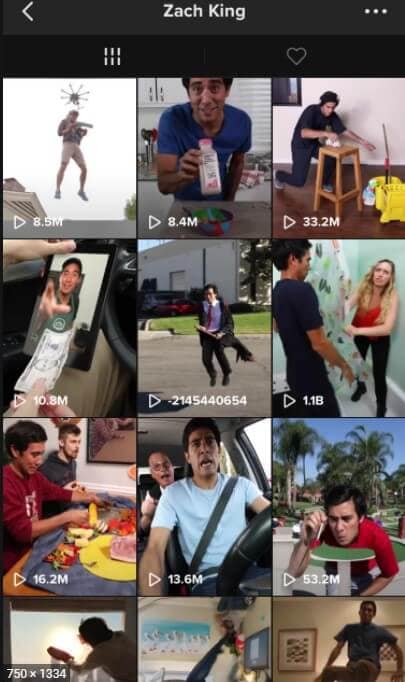 Loren Gray is a multi-talented celebrity who has displayed her skills in dancing, singing and acting on social platforms like TikTok and YouTube. This Pennsylvania based 19-year-old is the 4th highest-paid influencer on TikTok.

Gray’s popularity helped her in releasing her single, “My Story” after signing to Virgin Records. The 2016 Teen Choice Awards nominated her for the Choice Muser and was featured in one of Taylor Swift’s music video. 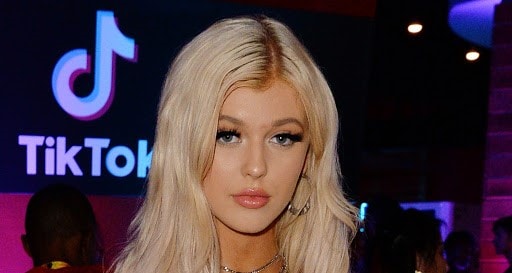 This is TikTok’s official page and posts on a variety of content on this platform. This page updates the users of the new features and updates available from time to time.

This page also gives the users different ideas and creative ways in which any content can be edited and posted on TikTok. 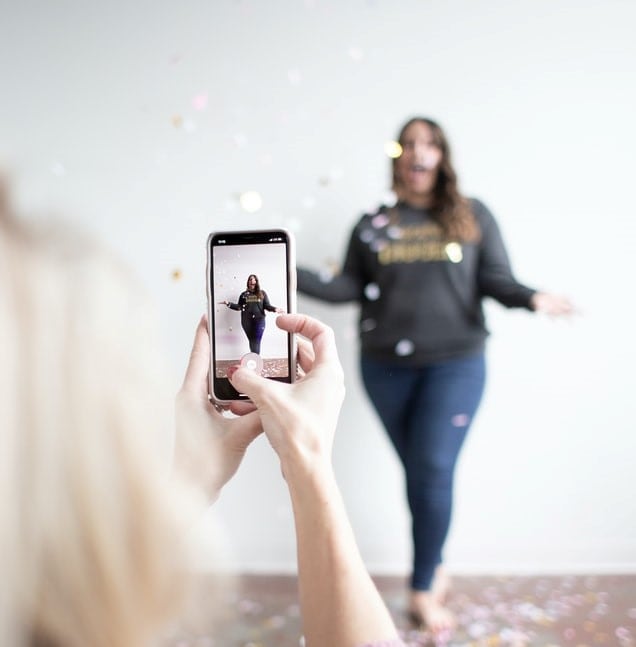 Spencer Polanco Knight was born in Manhattan in 1992. He gained popularity on YouTube and TikTok by displaying his unique beatboxing skills.

His smooth and fast beatboxing and music tracks attract a lot of followers on social media platforms. Since then this star has worked with famous personalities like Marshmello, Hip Hop artist Russ, Alicia Keys, Sean Kingston, and the Lopez Brothers. 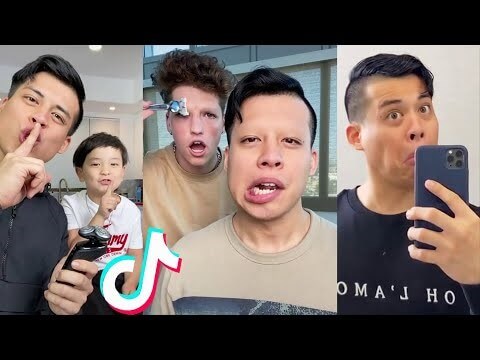 Riyaz Aly is a2003 born, Indian star who has gained a huge fan following on TikTok due to his looks, dancing moves, lip-syncs, and humor. He started by posting videos on Instagram and later jumped to TikTok where his skills were appreciated more.

Today Riyaz is a well-known model, actor, and fashion blogger who has a huge fan base, especially among teens. 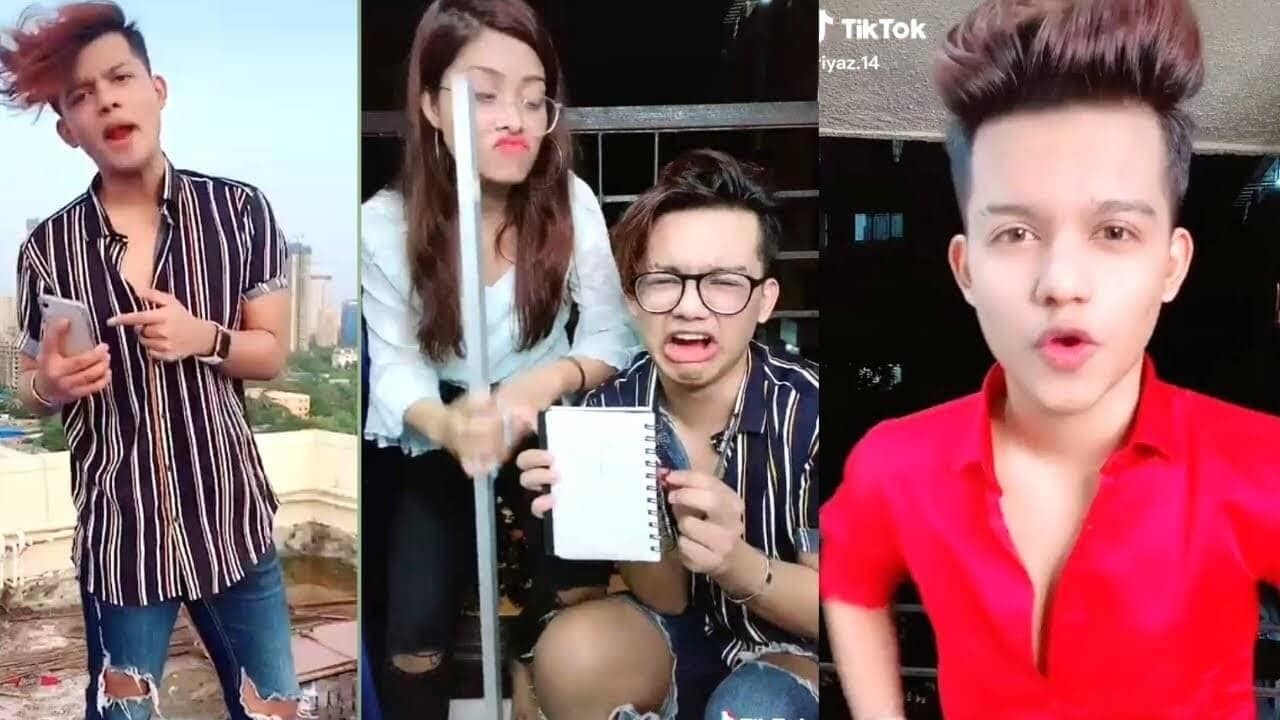 Michael Le is a Florida based influencer who posts dance content on TikTok and other social media platforms. He was passionate about dance and choreography from childhood and these social platforms enabled him to display his skills to the world.

Le is known to have choreographed a routine for “Came To Do”, a Chris Brown song. He is also a photographer and writes blogs about his life experiences as a dancer. 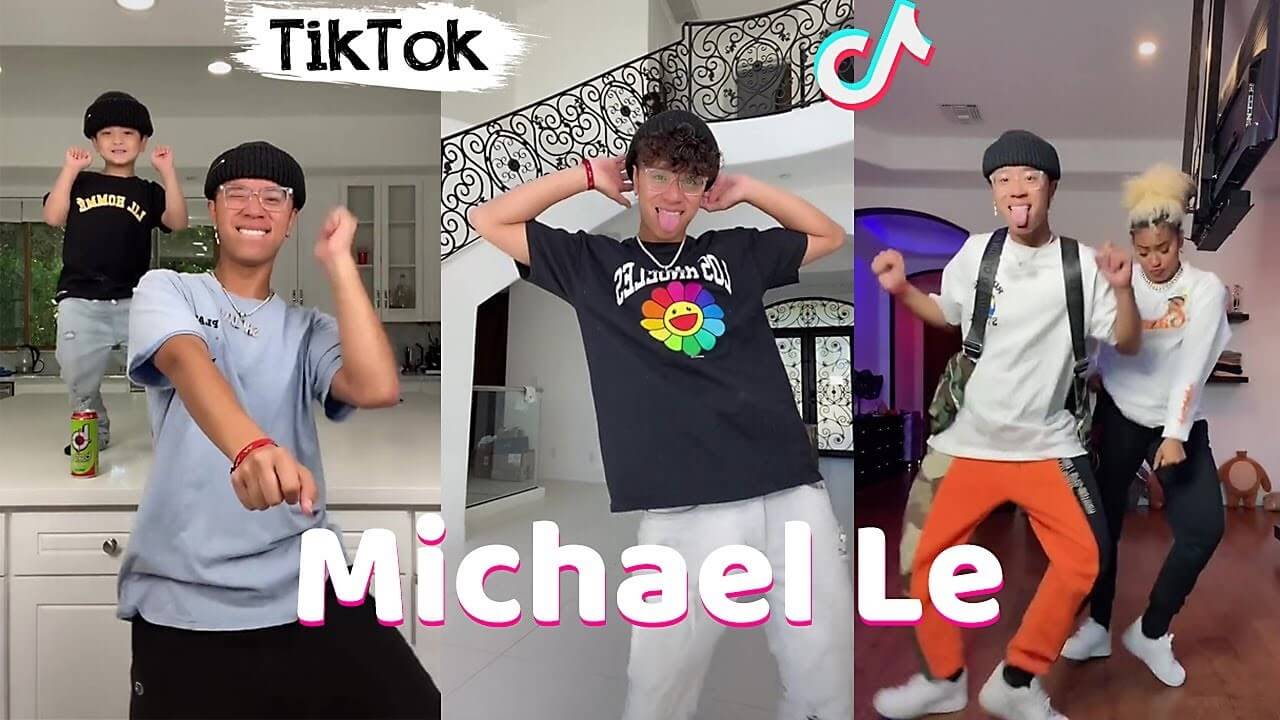 Dixie D ’ Amelio is the 9th most followed person on TikTok and is the elder sister of Charli D'Amelio. She is an American singer who is famous for her videos on social platforms.

Dixie began her career after her sister and in 2020 did a role in the YouTube series Attaway General. In 2020, she releases Be Happy, her first single that accumulated about 1.4 million users on Spotify in 2 days. 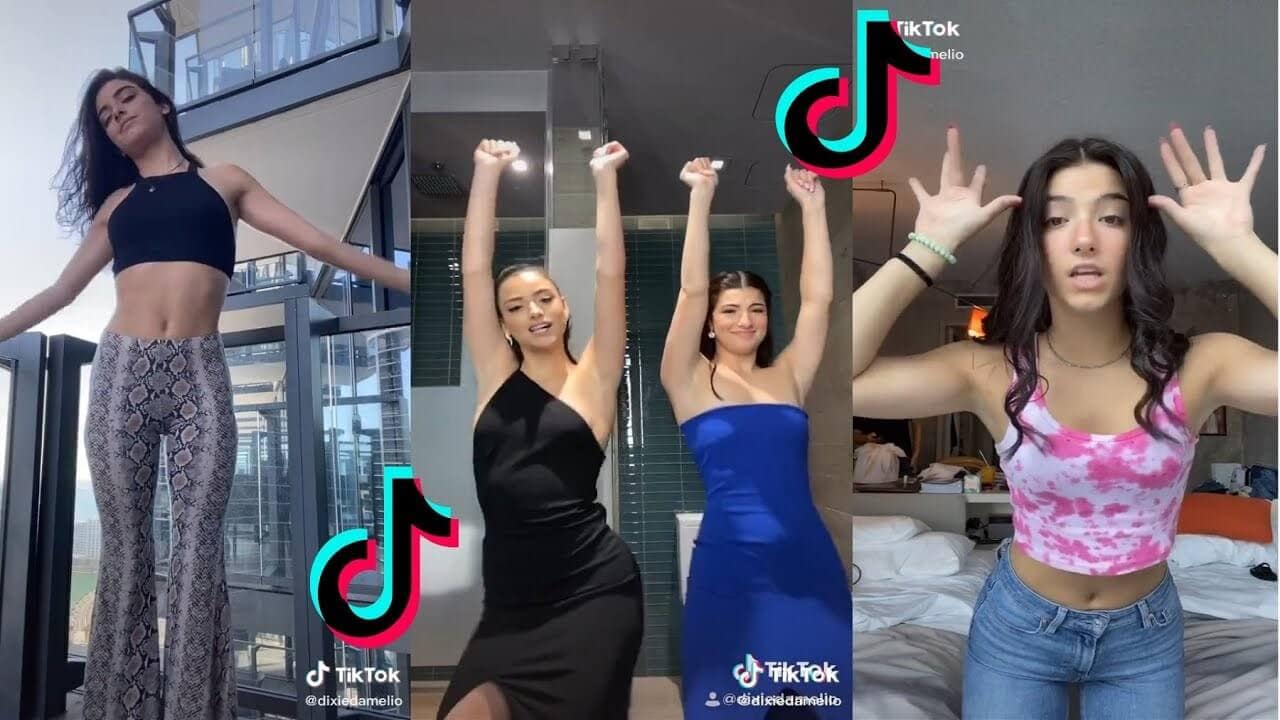 This world-famous star joined TikTok in October 2019 by posting a video showing that being is a star is officially a piece of old news. Will Smith is liked by people all over the world, not only for his movies but also for his motivational talks, funny and adventure videos, and much more.

Will ’s TikTok content is mostly comedy and fun videos with a VFX bent to it. 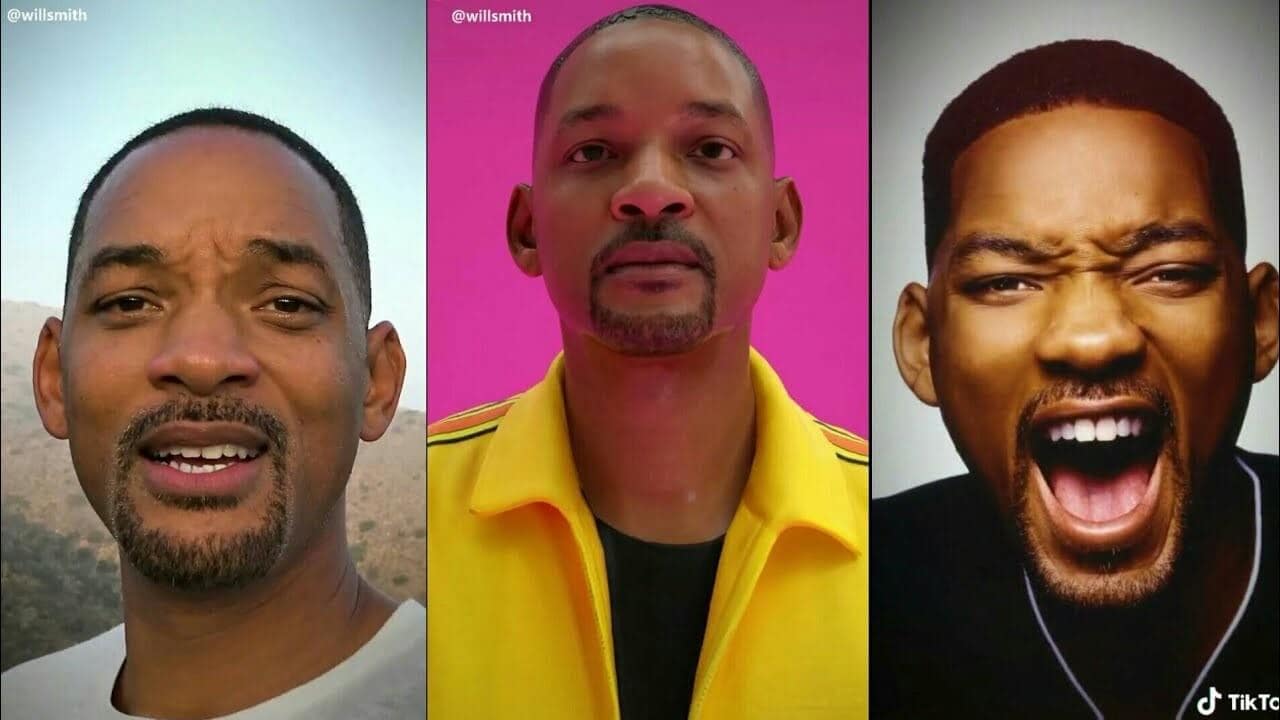 Jason Derulo, born in1989 is an American dancer, songwriter, and singer. He started his career in 2009, has sold more than 30 million singles and achieved 11 platinum singles.

Derulo's TikTok content, however, is not just music or dance-based. He posts comedy stuff like the things he tries at home and awkward moments in life. He also has made some trending collabs with some famous personalities on TikTok. 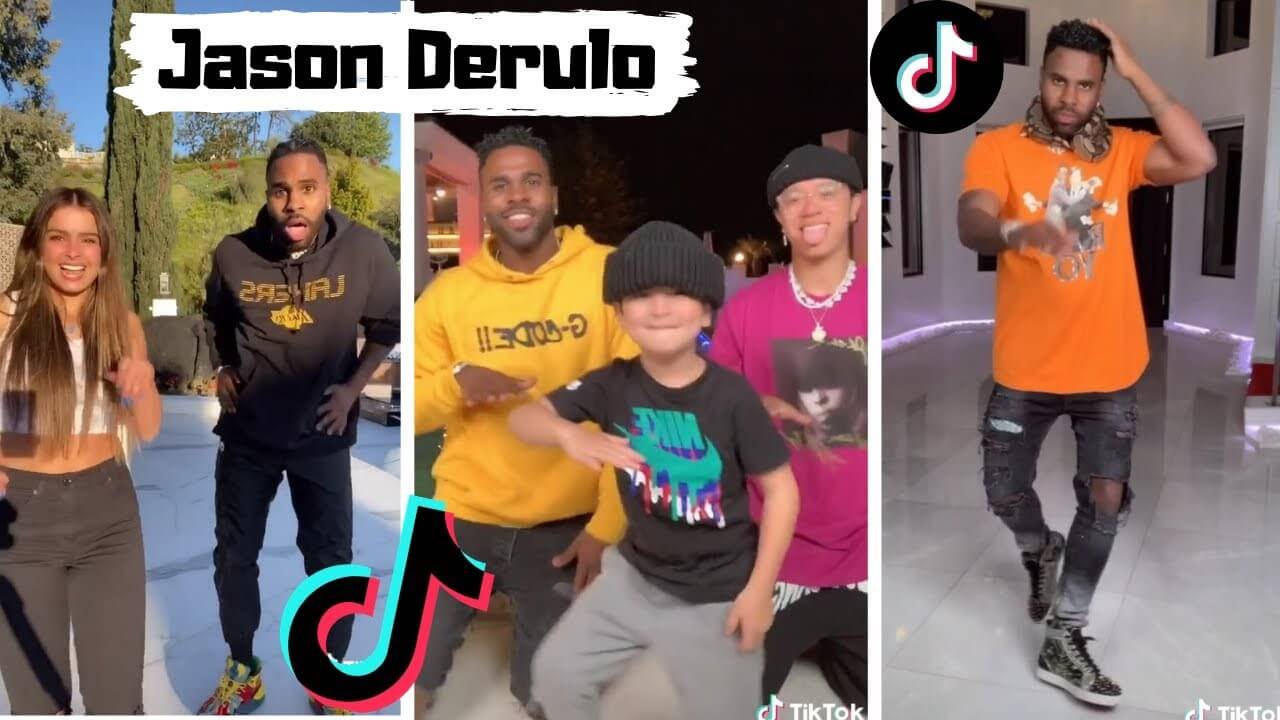 Ariel Rebecca Martin, who is popular by the name Baby Ariel is an American actress and singer known for her videos on TikTok.

Times named her as one of the most influential personalities on the internet in 2017 and Forbes listed her among the top entertainment influencers of the same year. Her fame enabled her to star in Zombies 2, a Disney Channel movie. 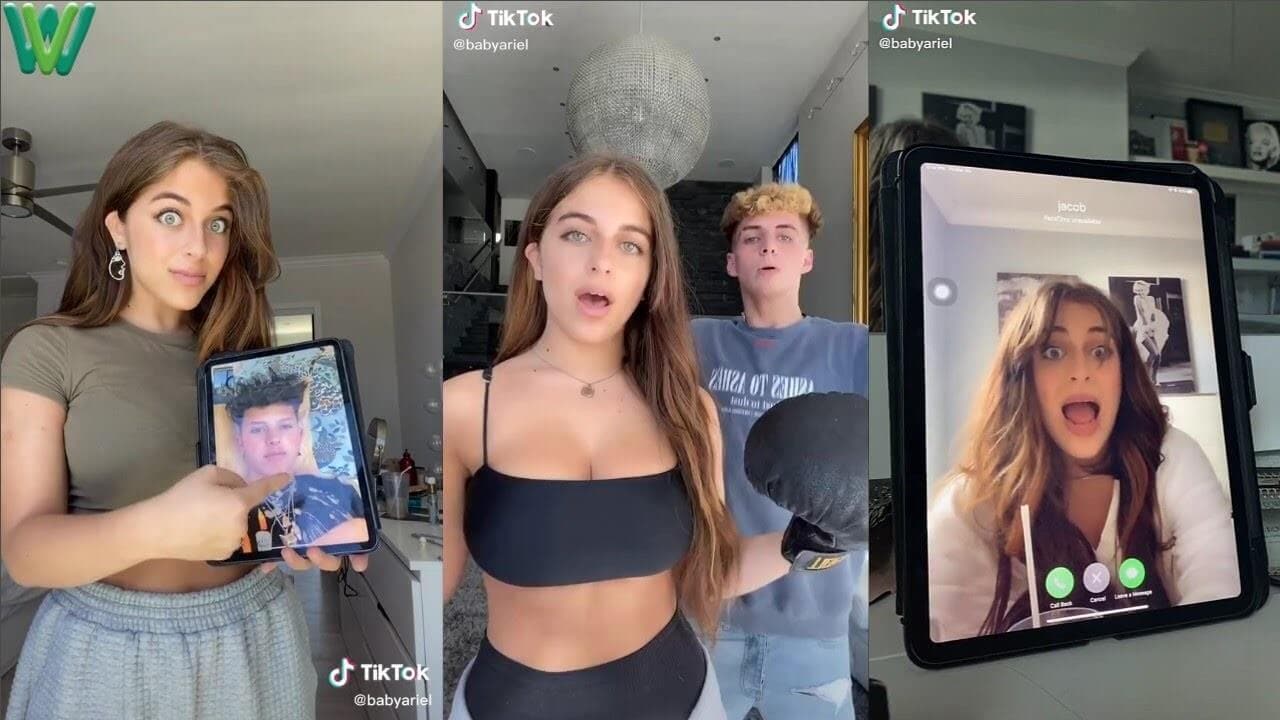 Brent Rivera is a California based social media star who has acted in the TV show named Light as Feather and a movie known as Alexander IRL. He is famous among TikTok and YouTube users for posting comedy clips and videos.

Brent wanted to become an actor from childhood and now he is a popular figure on all social media platforms with a huge fan following for his content. 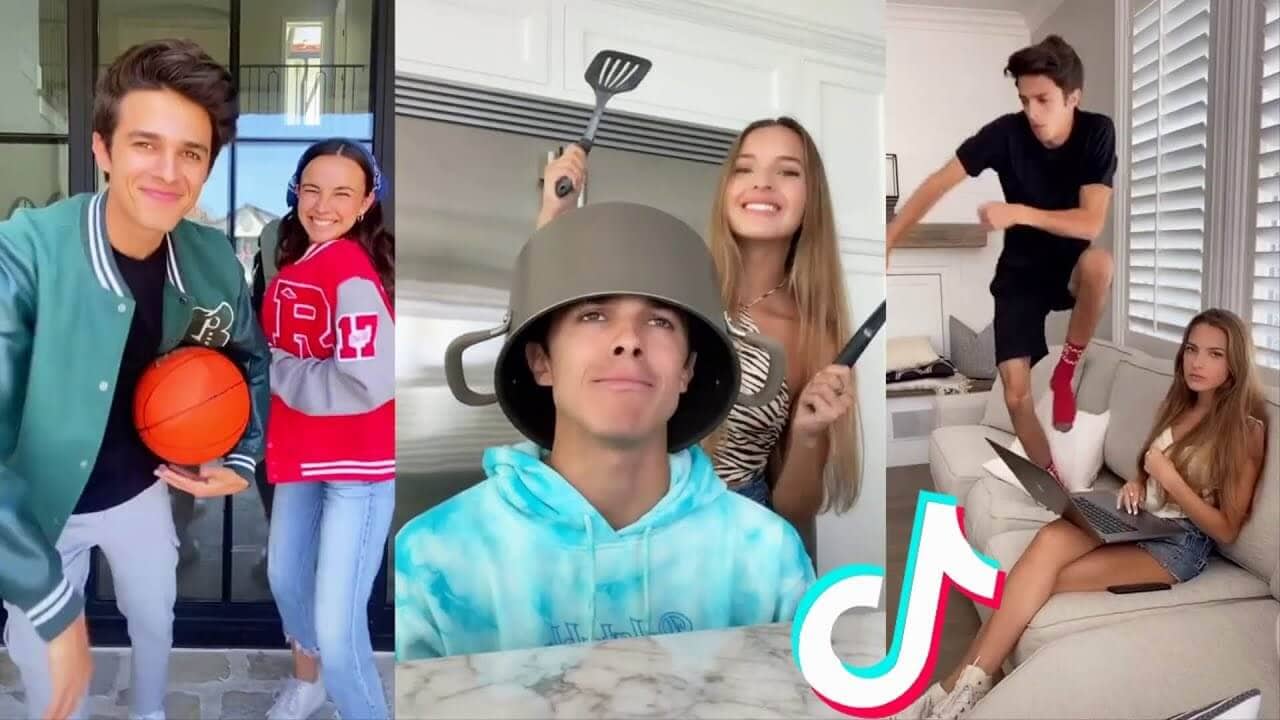 Faisal Sheikh is a popular Indian influencer who is well known for his modeling and acting skills. He was born in 1994 and has a huge audience on TikTok for the wonderful lip-sync videos he shares on the platform.

Faisal started creating videos with his team members, known officially by the name ‘Team 7 ’ in 2018 and has worked with many famous personalities. 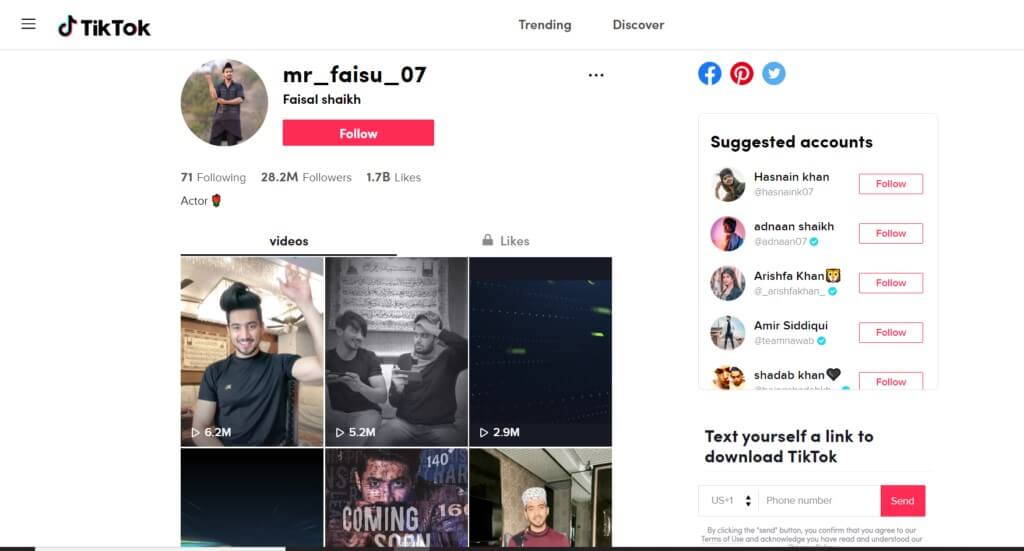 Gilmher Croes born in Aruba is a famous social media figure who is well known for his short comedy content. Before becoming a part of social media Croes was an actor, comedian, and model who won the 2015 Aruba short film festival.

He joined TikTok in 2015 and from then onwards has been entertaining his audience with his wit, humor, and charm. 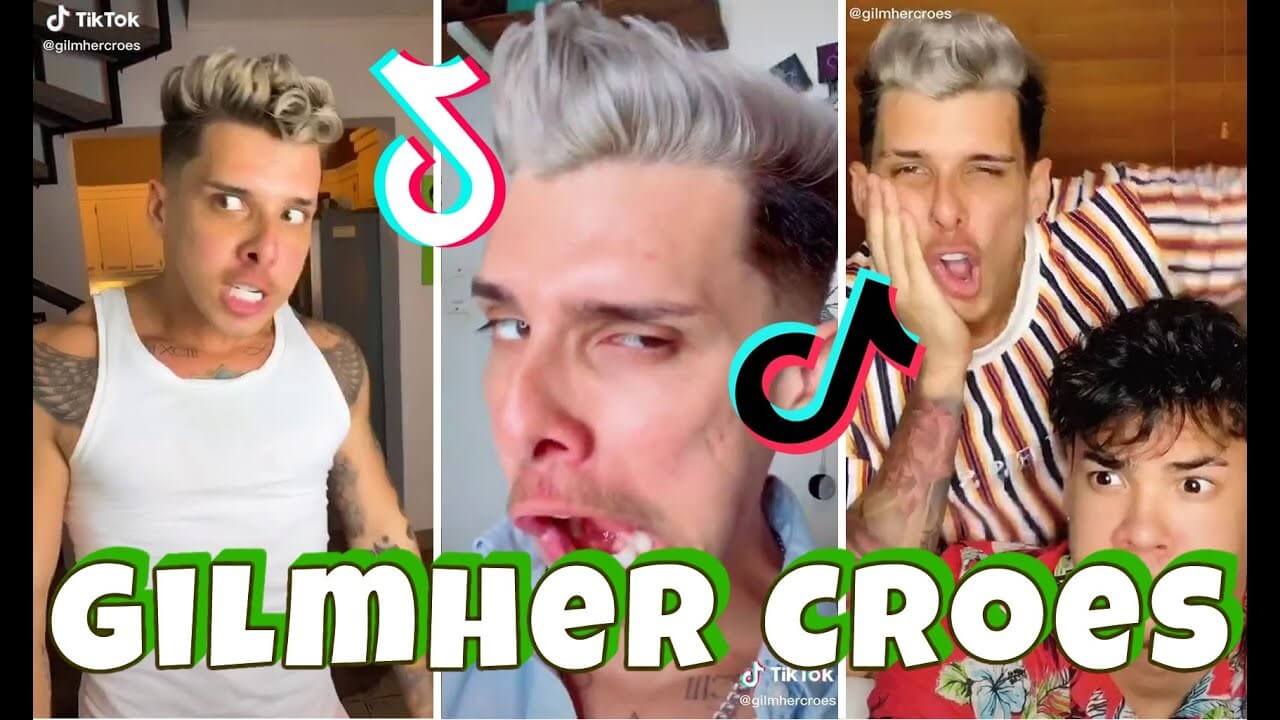 With a large number of TikTok users and most of them trying to gain popularity by sharing creative content, the competition is at its peak. So there is a need for creating unique videos which in turn demands exceptional video editing applications like Wondershare Filmora, which offers everything you need and much more.

Even though most TikTok videos are limited to 15 secs, with Filmora you can create longer videos. Let’s see how:

Step 1: Open Filmora and import the video clips you need to edit.

Step 2: Drag the videos to the timeline and make sure that you select a 9:16 aspect ratio for your video.

Step 3: Use the cut, crop, join tools above the timeline to edit the video. 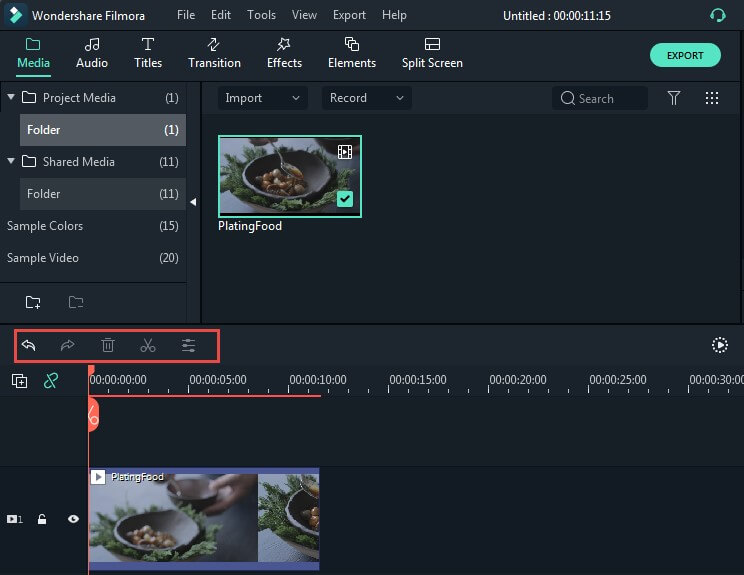 Step 4: Add music to your video and use the transitions, filters, and effects available to make your video more creative and appealing. 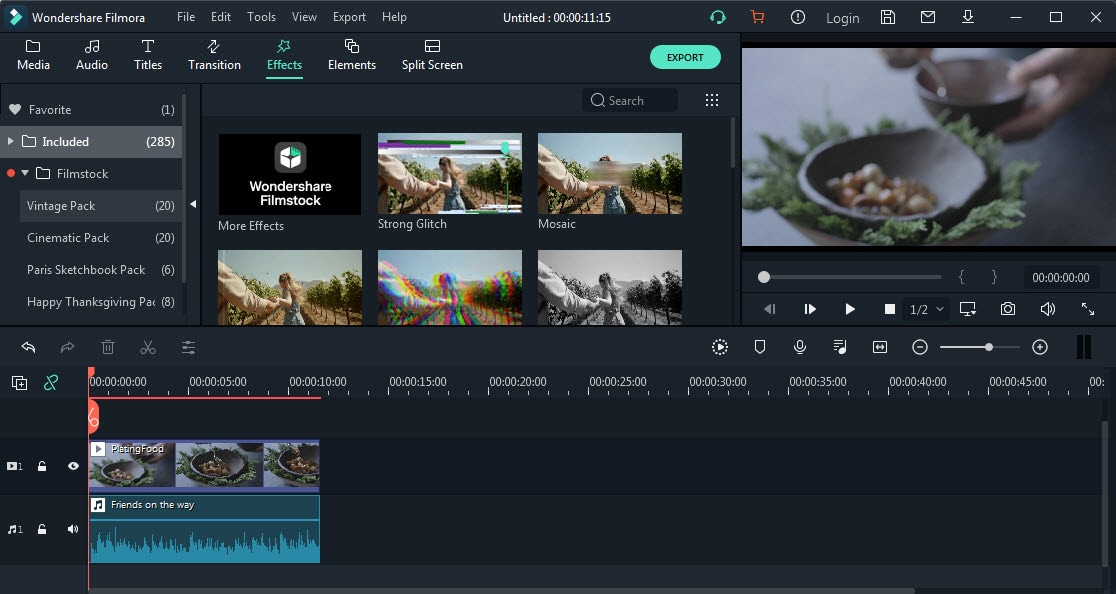 Step 5: Export the edited video, share it with TikTok, and watch your video gaining more likes!

Conclusion—Be an Influencer in Your Niche and Make a Difference!

TikTok and other social media platforms are one of the best ways to display your ideas and skills to the world and be seen, heard, and recognized. Being a TikTok influencer means a big crowd is looking up to you and you have the ability to influence them, motivate them, and make a difference.

If you are a person who strongly believes in your skills and wishes to become a TikTok influencer, display what you are good at to the world in the best way possible, and be patient. One day you will also top the list of TikTok influencers. Good Luck!

Thank you for your comment. We will review it within few days.
You May Also Like
10 Popular TikTok Reaction Videos

You might have seen a lot of these viral TikTok recipes on your phones but have you tried them? This article will introduce you to the top ten viral TikTok food recipes that you can recreate at home.

Click here to read about the ten most popular Tiktok food trends you may have missed. Make your meals more exciting and enjoyable by trying out these fun trends!