How to Make a Smooth Speed Ramping in Premiere Pro?

Speed ramping is a popular Premiere Pro effect for good reason: it looks fantastic! When utilized simultaneously to spice up a video clip, slow motion and quick motion may both be great aesthetic choices. This practice may save you time by enabling you to show more about what you want to see in your edit without using harsh jump cuts. 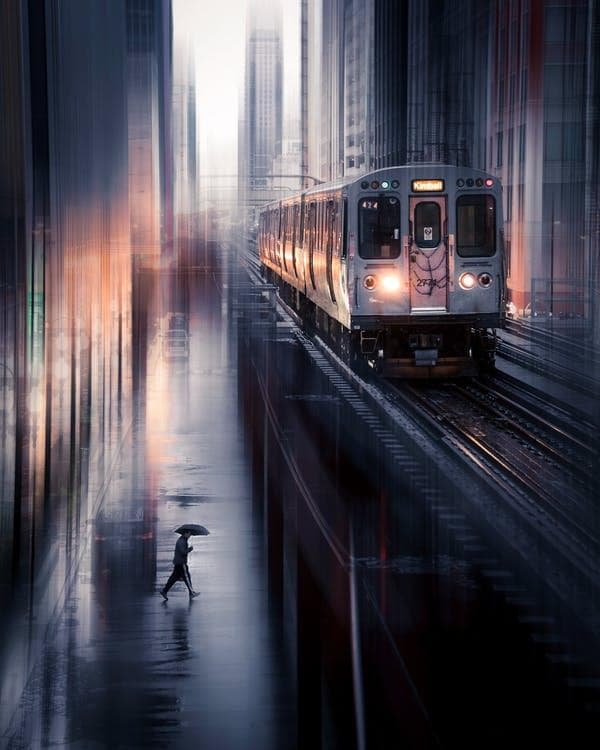 According to the business, Adobe Premiere Pro is one of the most widely used video editing products on the market today. The ability to alter the speed of individual clips is one of Premiere Pro's most important capabilities. While speed ramping is often used in sports highlights, changing the speed of video may be useful for a number of other types of material.

You'll learn how to construct a spectacular speed ramp in Adobe Premiere Pro, beginning with capturing the proper kind of video and moving to advanced tips and methods. Following that, we'll go through some ideas and inspiration for when to use a speed ramp in your circumstance.

What is Speed Ramping?

A speed ramp is used to gradually increase the speed of a video clip as it accelerates or decelerates. It is guaranteed that a smooth transition between two separate speeds will take place. The method is crucial in changing the tempo of the film and, as a consequence, creating a dramatic impression. The film's required velocity is achieved by the employment of super-fast visual effects.

A speed ramp, as opposed to a rapid shift in speed, provides for a more smooth transition between two drastically differing speeds. This method is used to focus attention on certain parts of your video, which has a huge impact on your editing. It provides just the right amount of zing to keep your audience interested and excited about your presentation.

It works especially well when utilized to focus the viewer's attention on a certain moment or action in your videos, such as a tough jump or an impending bullet. Another name for this approach speeds ramping (sometimes known as time remapping). It may also be used to create a visually pleasing transition between two clips or pictures inside a single movie.

You may also use Speed Ramping to alter the runtime of your video to fit the time limits of other social media sites, such as Instagram and Vine. If you just have 30 seconds to deliver your video, the following are the two most common places where people apply speed ramping techniques:

Assume you are shooting a person walking and want the clip to play in slow motion so that viewers can clearly see the person's face. In this scenario, speed ramping is precisely what you need since it enables you to do precisely that.

Do you remember the famous movie “The Matrix” scene, when Neo dodges the bullets? It's not some typical scene; it’s a pretty good example of speed ramping.

How to Create Speed Ramping/Time Remapping in Premiere Pro?

Speed Ramping premiere pro is an excellent tool for speeding up video clips. ' In order to speed up or slow down the speed of a video clip, this effect may be employed. In this article, you'll learn how to make the most of this fantastic tool in Adobe Premiere Pro. 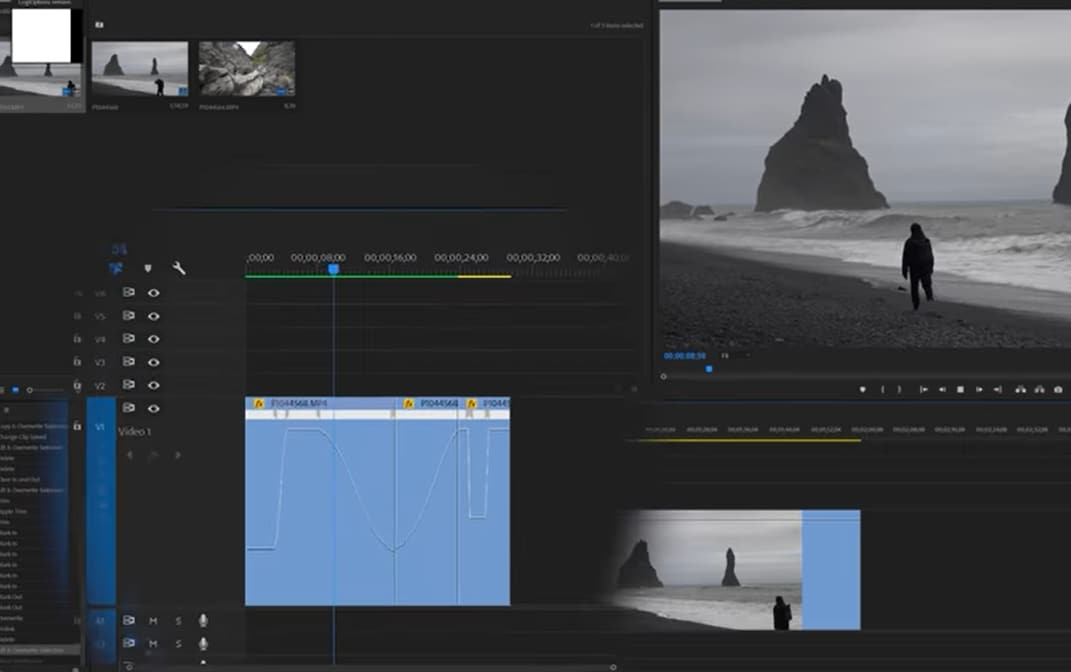 While using Premiere Pro, the ability to change a clip's speed without altering its pitch is a very useful feature. An example of how this feature comes in helpful is when you have a clip that shows someone or something moving from left to right or vice versa.

The fact that this effect is so simple to use is its main benefit. By moving handles around on the clip, you may quickly choose different regions of the clip to be influenced by the adjustment when you apply it. This makes achieving the required result extremely quick and easy. 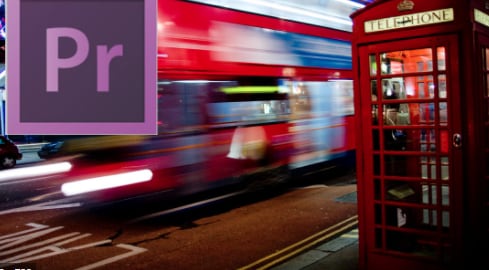 If you want to go deep into the game, Speed Ramp offers some more advanced options that give you even more control over your speed modifications. The properties section allows you to designate which portions of the timeline are affected by the ramp, as well as change factors like the curve type and bias.

Steps To Use Speed Ramping In Premiere Pro

Follow the below-mentioned steps to learn how to use speed ramping in premiere pro:

In this section, we will be viewing some advanced time remapping features of Adobe Premiere Pro, which are as follows.

When creating a speed ramp, keyframes are used to indicate the beginning and finishing points of the speed shift. However, there are a number of methods in which Premiere may transport the clip from point A to point B.

In the video industry, filling in the data between the two locations is known as keyframe interpolation.

Speed ramp transitions are easy to make and may be utilized to add visual interest to a wide range of video genres. This effect is achieved by boosting the clip speed at the end of a clip before transitioning into a cut.

Adding speed ramps to films in Premiere Pro may improve the usefulness and looks of a variety of movies, from narrative features to social media posts. In Premiere, you may easily create and adjust speed duration directly in the timeline to meet any needs.

We understood how to do speed ramping in Premiere Pro. You can also get the same results using a much easier software that is “Wondershare Filmora”.

What is Wondershare Filmora?

Filmora is a video editor that is best suited for social video editors, vloggers, home movies, and other video projects. In addition, it may be used on both Macs and PCs. To begin using Filmora, you just need to pay a one-time registration fee of $0! You'll notice a watermark when you export from the free version. For $59.99, Filmora’s latest version is a one-time purchase that doesn't need a subscription!

Filmora is an award-winning video editing program, that allows users to create visually stunning videos without the need for complex editing techniques.

Video playback in Filmora’s latest version may be accelerated by the graphics card (GPU). It's accelerating at an alarming rate right now. It's also possible to lower the resolution of a 4K or higher video for quicker playing. Cuts and splits are a snap using Filmora. Make a cut by dragging your play head to the location where you want to split the footage. Then, to remove the additional clip from the clip, use the delete key.

Even those with the most basic PC hardware may use this video editing software to create high-quality movies. Moreover, the most anticipated features that Filmora’s latest version offers are as follows:

Users may utilize the color tuning option to change the white balance and dynamic range of their video clip, among other things. You may alter the audio levels of each track using the audio mixer tool. The advanced Text Editor function allows you to adjust the color, size, font, and even the motion of text. The screen recording tool enables you to capture your computer's screen as well as your webcam in excellent quality. The video stabilization feature lowers or eliminates the effect of camera shake on video.

The method is crucial in changing the tempo of the film and, as a consequence, creating a dramatic impression. The film's required speed is achieved by the employment of super-fast visual effects.

When using a camera with a much higher frame rate, the speed ramping approach may provide excellent effects. It aids in the production of the most dramatic impression.

Speed ramping effects are available in six presets, which include Montage, Hero Moment, Bullet Time, Jumper, and Flash In, all of which will add a theatrical element to your movie that will leave your viewers in awe.

Creative pros can swiftly and effectively speed up a movie with Wondershare Filmora. However, in order to get the intended results, it is essential to completely understand and adhere to the approach.

Wondershare Filmora 11 has a variety of tools and features to help you create a visually stunning film in a short period of time. Its Instant Mode allows you to produce a video creation from start to finish in less than 5 minutes. 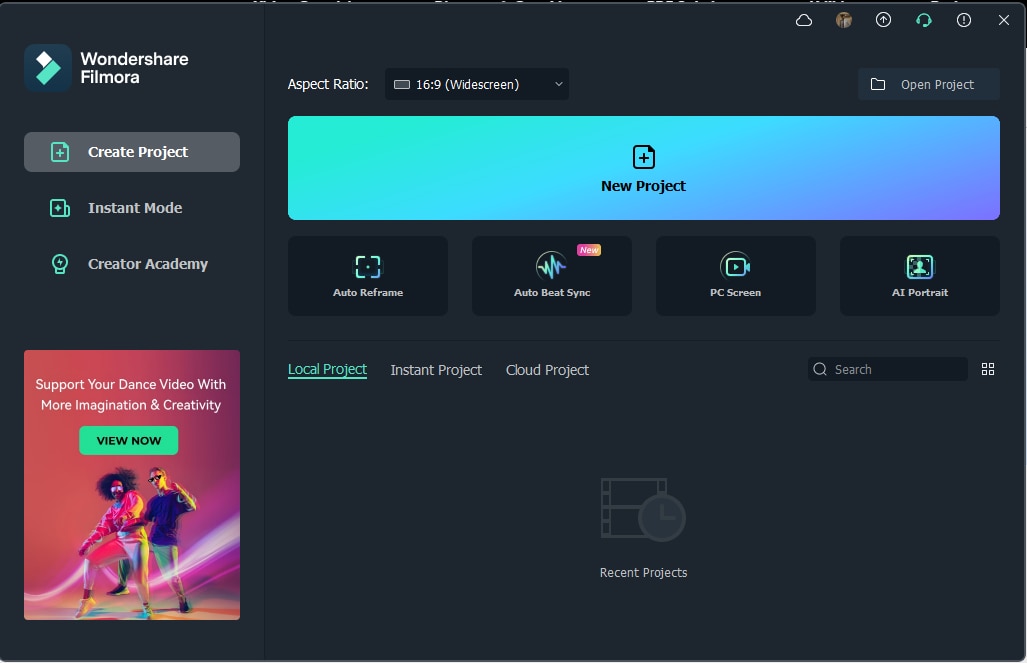 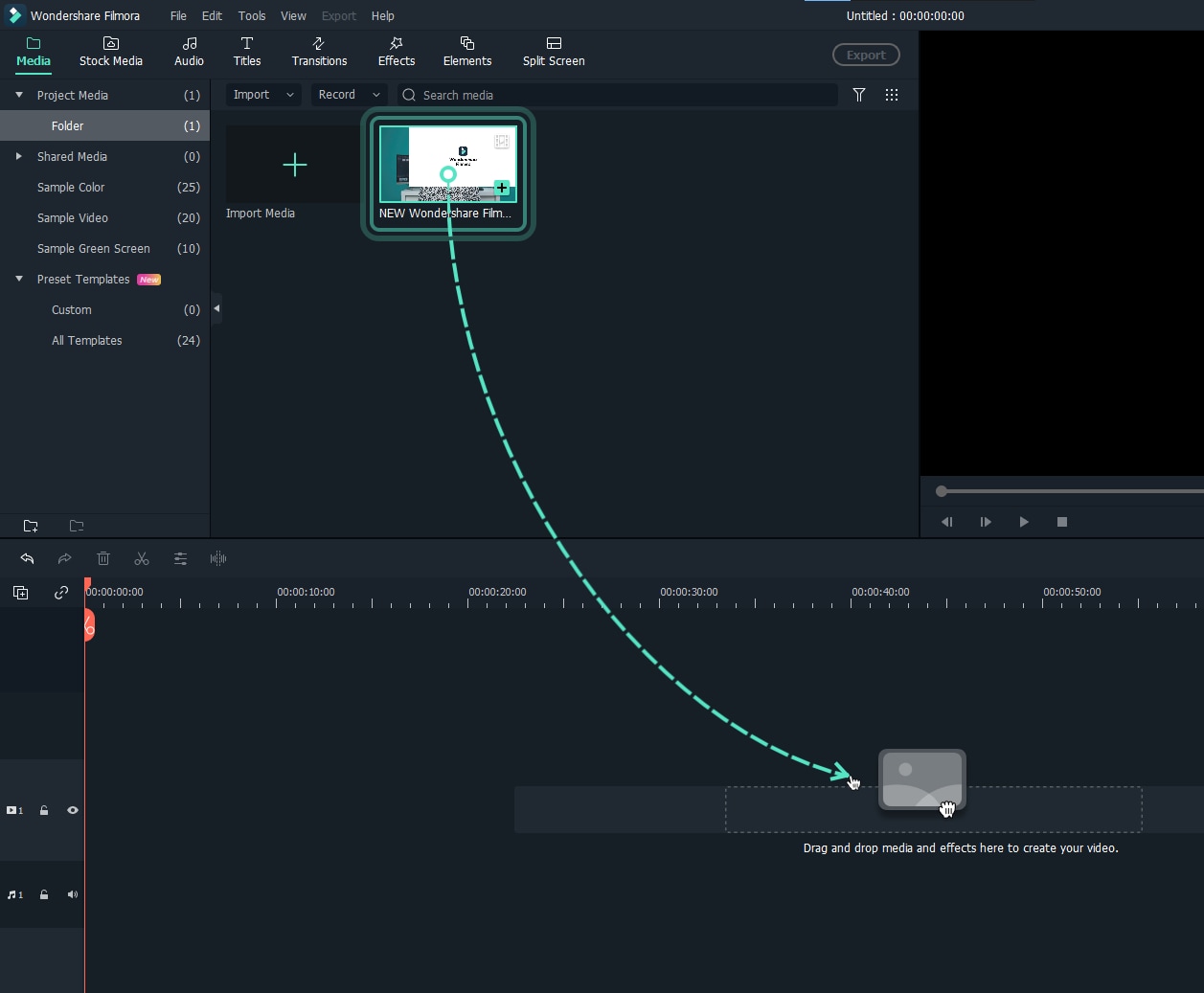 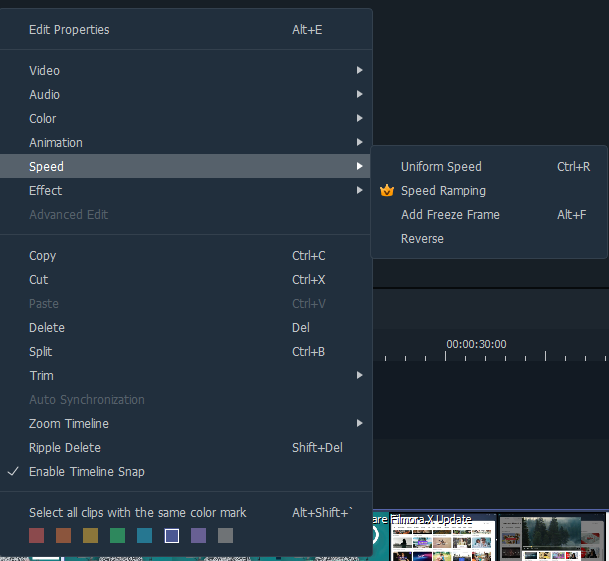 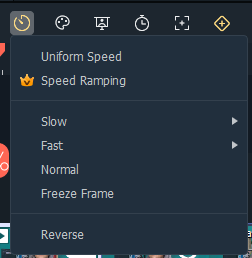 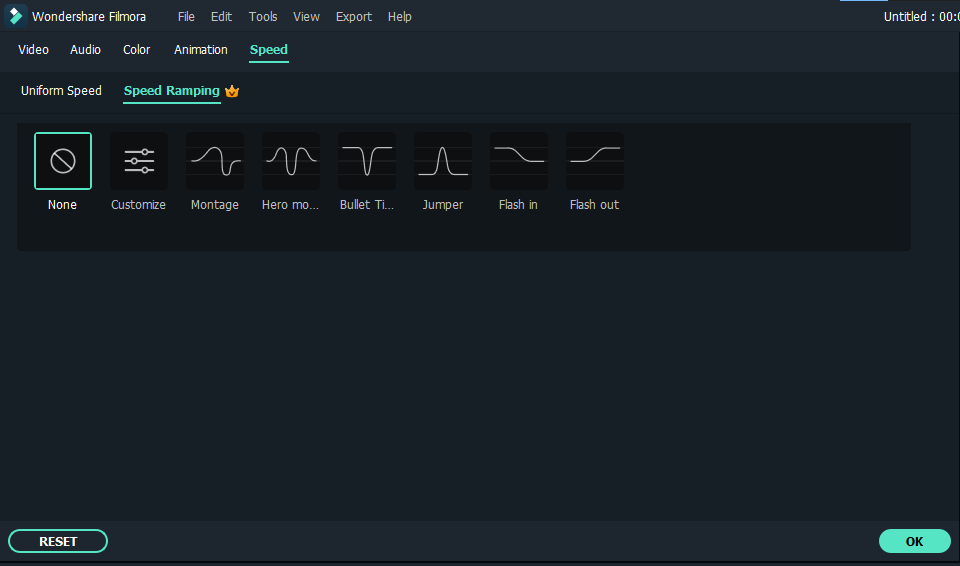 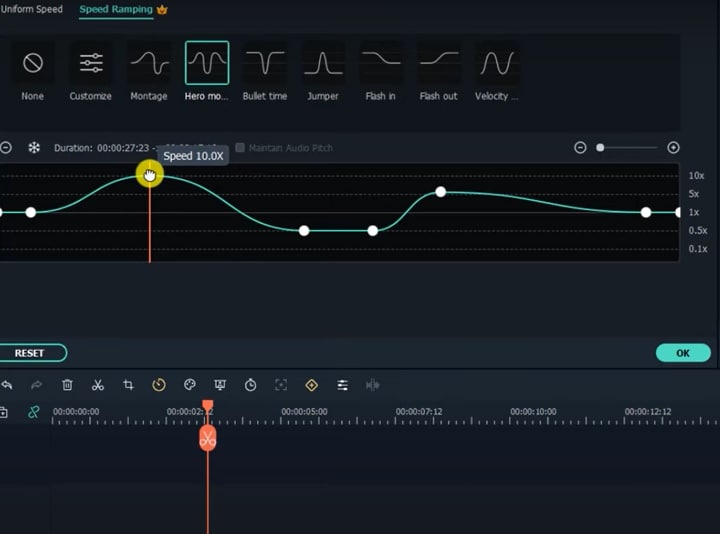 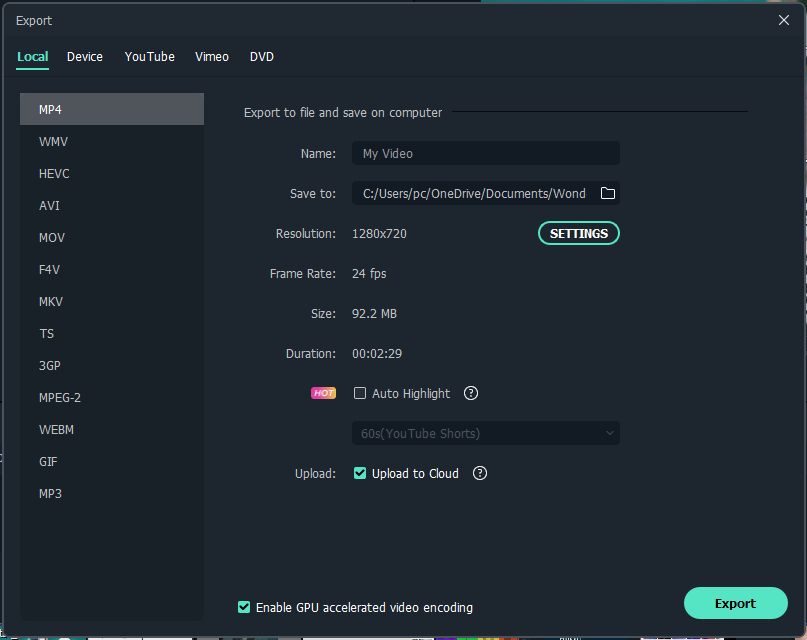 The use of the ideal cinematic effect at the right time boosts the audience and engagement with the material. This respective article explored speed ramping in-depth and oughts to teach creative pros how to slow down a video and speed up a movie. It covers speed raming in premiere pro and then moves toward Wondershare Filmora which seems a bit easier. Wondershare Filmora is a good choice for completing the task as quickly as possible. You will have access to all of the effects and tools mentioned, as well as the ability to keep the audio pitch consistent throughout the effect, which is critical while altering the video speed.