How Can I Watch Facebook Videos on My Apple TV?

After a bad day at work and a hectic schedule in school, one needs entertainment and fun. Apple TV has got you covered for streaming music, watching Netflix, and playing games. Apple TV is a set box that makes a television switch to a display screen connected via the Internet.

Facebook has reduced the distances among loved ones. Facebook videos have a unique way of accelerating our moods, and we do wish to watch them on bigger screens. Family time becomes a blessed time with Apple TV. The article shall reflect upon playing AirPlay Facebook video on Apple TV. Wondershare Filmora will also be presented as the workable video editing solution for Facebook videos. Let us start!

Before getting into the AirPlay Facebook video or through the application, it is important to get to know Apple TV and what it brings to the table.

Apple TV is not to be confused with a television set. It is a black box that runs on a platform similar to iPhone and iPad. It means that you can download games and apps such as Netflix, Hulu, Amazon, etc. The user is free to access the streaming content from favorite TV and movie providers.

You need to have access to a stable internet connection, an HDMI cable, and a display TV. Apple TV supports Wi-Fi and comes up with a remote control to handle the navigation. Apple’s streaming box is a part of the Apple Ecosystem, and it works like a charm with your iPhone, iPad, and Mac. You can stream movies, TV shows, listen to podcasts, and music from Apple Music and Pandora.

Apple TV comes in different models to bring innovation and advanced features for its loyal customers. The first one is Apple TV 4K which is considered the flagship Apple TV model. Offering an A10 processor and supporting 4K and HDR videos, this is the right choice for your perfect streaming experience.

The next on the list is Apple TV (4TH Generation) that supports 1080p HD video and comes up with an A8 processor. You can count on this model to upgrade your television in the future. Moreover, it doubles the processor's speed and quadruples the graphics speed.

Now, use your iOS device and open Facebook. Enter the code that appears on your Apple screen in the confirmation field.

Moving on, find the targeted video that you wish to watch on Apple TV from your phone. Click on the video to expand it to the full screen. After that, click on the TV icon and choose “Apple TV.” The process is concluded.

The section shall spin around the step-by-step guide to playing FB videos AirPlay. AirPlay comes up with a casting feature to play Facebook videos without facing any complications. The user is independent to watch, listen, and share videos, photos, and music.

AirPlay mirroring allows the users to use the bigger screen effectively. From spreadsheets to presentations and websites to video tutorials, there is nothing that AirPlay cannot process. Moreover, there are convenient built-in controls that minimize separate remote control. Play, pause, rewind, and adjust the volume effortlessly.

Moreover, Siri suggests your iPhone device and includes the option of AirPlay with it. The feature enhances your efficiency to quickly click on the option and get ready to have a fun evening. You can change rooms, and AirPlay follows you wherever you go. The software is intelligent as it learns over time what you prefer to watch on Apple TV.

You can also put Siri in charge and use the voice to play a particular show in a specific room. The user can wirelessly cast audio or video from your iPhone, iPad, or Mac to an Apple TV. A stable internet connection is the only way to get through the process effectively. Playing AirPlay Facebook video on Apple TV has no complications attached to it.

Step 1: Navigating to the “AirPlay” Button

For starters, open the Facebook app from your iPhone. Navigate to the video that you wish to play. The user is expected to click on the “AirPlay” button that shows like a rectangle with an arrow.

The icon is present in the bottom left corner of the player stating, “AirPlay and Bluetooth Devices.” After that, you should choose the device that needs AirPlay. 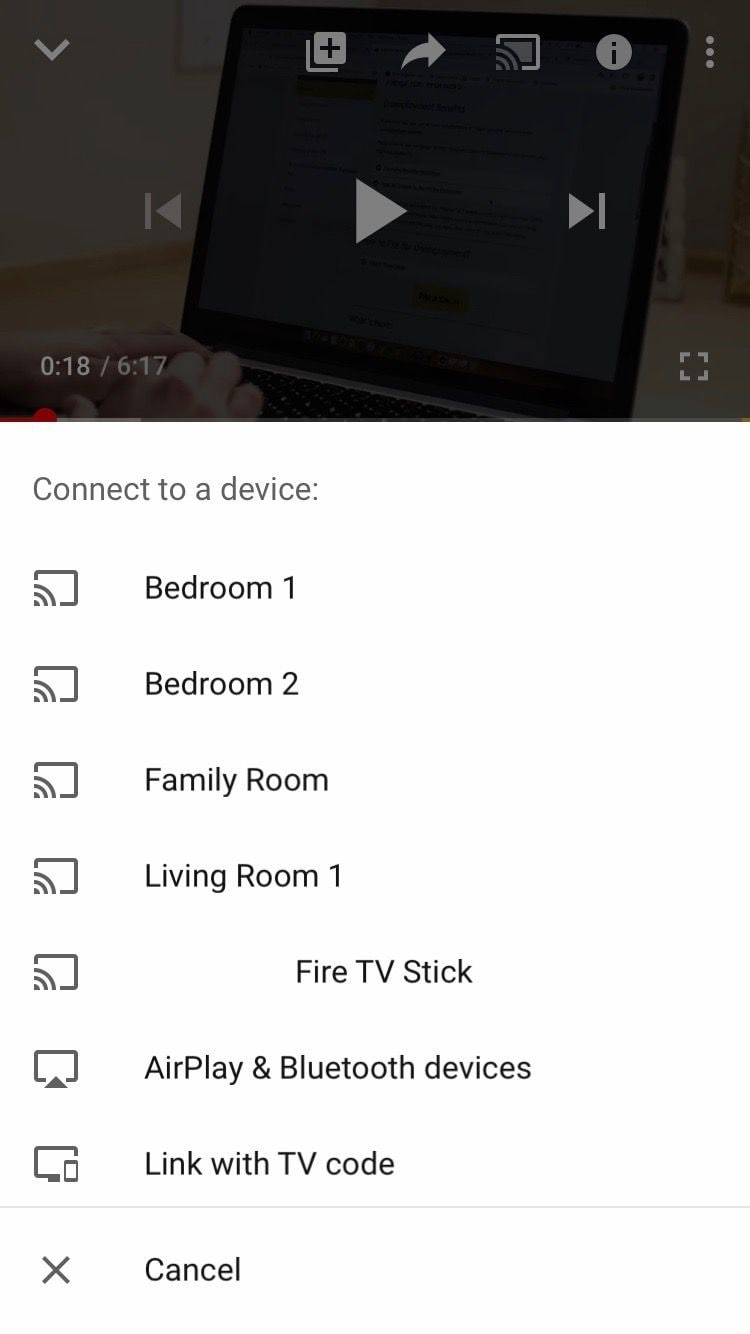 Click on the Apple TV as the targeted display. The TV displays a code. Enter it in your iPhone’s confirmation field. Click on “OK.” The screen is ready for your Apple TV through AirPlay. 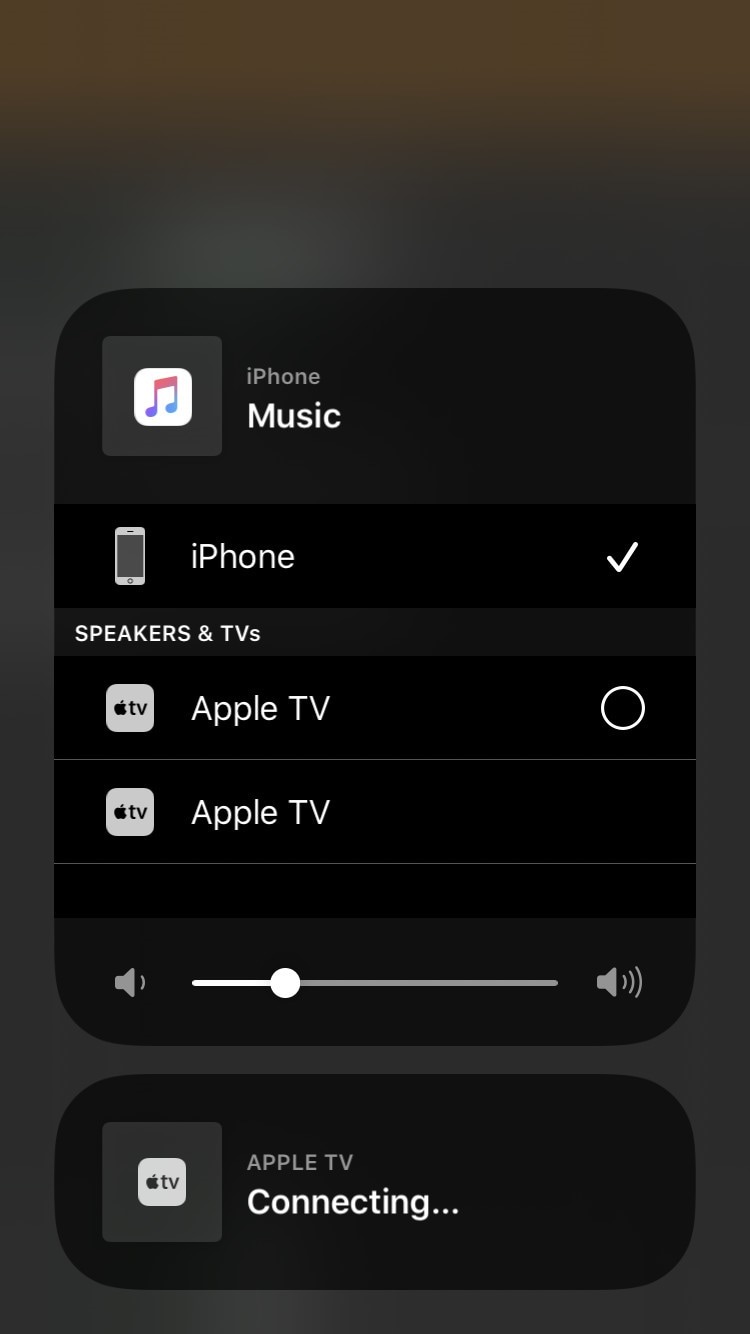 Part 3: How Can I Turn on/Turn off Facebook AirPlay?

Launch the “Control Center” on your iPhone by swiping the screen up. Navigate to the option that says “AirPlay.” It is also displayed as “Screen Mirroring.” Click on it to enable it. After that, the screen displays the devices to be connected.

To carry out the process to stop AirPlay on Facebook, the guidelines are given below:

Again, launch the “Control Center” and disable the “AirPlay” option. The feature will be turned off in seconds. 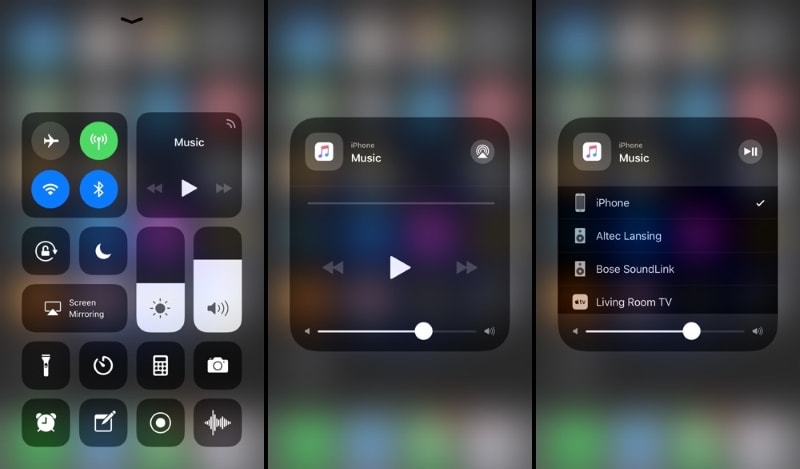 If you are into video editing of all sorts and haven’t yet used Wondershare Filmora, we feel sorry for you! Wondershare Filmora offers a quick balance between powerful features and an intuitive interface. It is a workable video editor responsible for creating high-quality video output with effortless navigation to the features. 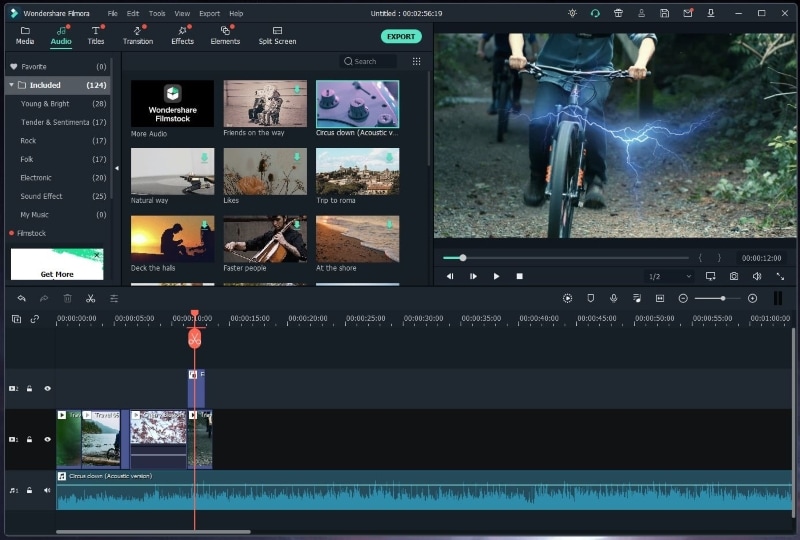 It wouldn’t be wrong to state that Filmora is the right tool for beginners and intermediate videographers. The 4K video support, clean interface, faster social media uploading, and optional GPU acceleration have made Filmora a fair choice for all creative professionals in the field.

If you are not aware of some of the distinctive video editing tools presented by Wondershare Filmora, allow us to walk you through each of them. The user is recommended to review the traits in detail to use them perfectly.

The user can enhance the video clips by adjusting the white balance, color, light, tone, and HSL. You can also add vignettes effortlessly.

The video playback can be slowed down and sped up without facing any complications. Filmora offers multiple ways to do so. You can use the custom speed panel or manually drag the video.

The use can freeze frames using this feature. It works by a single image representing the single frame of your video clip.

The Motion Tracking feature allows the user to track the movement in the video. You can add clips arts, images, graphics, and even video clips while using the feature.

If you are a fan of creating custom animations, the keyframing trait is at your beck and call. You can engage and capture the attention of the audience through this tool.

The color correction can be added to multiple clips all at once. It saves time and brings productivity to your video editing venture.

The user can discover creative transitions, effects, filters, and titles. It helps communicate a message across the world in seconds.

With progress and advancement, people are used to a sedentary lifestyle. AirPlay and Apple TV took this assignment seriously and presented the users with effortless streaming, accelerating the process of entertainment. You can play AirPlay Facebook Video on Apple TV and use the Facebook app to enjoy music, videos, and movies.

Wondershare Filmora was also included at the end of the article. If you need to know how effective video editing occurs, you should test the features of Filmora for once. We promise you that you wouldn’t repent a second.