As with all social media websites, Tiktok was also introduced for the purpose of entertainment. Although it has become a platform for much more than enjoyment, its main purpose still serves to be joy.

Tiktok trends and funny videos have gone through the roof in recent years. People from all around the world pick up any topic, splash some humor on it and post it for the rest of the world to see.

Tiktok videos have a way of becoming trends pretty easily. Users tend to add sass and humor to anything and everything and turn it into a trend. Then everyone gets onto the bandwagon, and we see our FYP flooding with different versions of the same trend.

Over the years, we have seen many Tiktok comedy trends that have made us laugh our hearts out. Let’s take a look at some of the best ones.

This trend started out with Khaby Lame, who posted a video during the pandemic where he poked fun at a life hack video. Eventually, many people caught on and started making videos where they would try absurd hacks, which never worked. 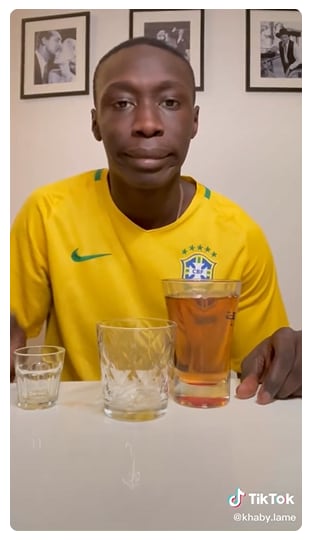 Zoom meeting mishaps are one of the most hilarious trends that took TikTok by storm. In the initial pandemic phase, people were getting accustomed to the online world where using zoom was a big challenge for a lot of us. Click here to see a mishap. 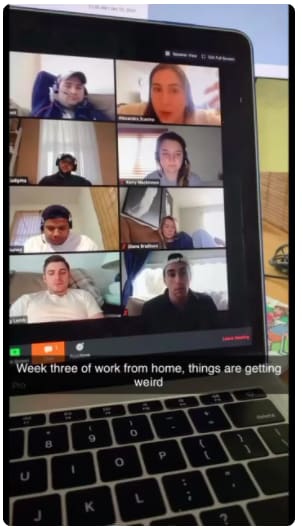 However, luckily for us, this challenge gave us a lot of hilarious moments as well. A lot of people hoped on the trend of sharing their hilarious experiences.

A user asked a question, "What’s a video that lives in your head rent-free?" 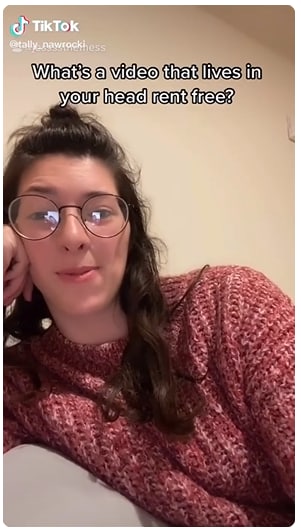 Figure 3: Videos that live in your head rent-free

The responses to this were hilarious, where people shared all sorts of videos.

Apparently, there’s a show out there where Adam Driver comments on a soup that its “good soup.” Well, Tiktokers took that one-liner and made hilarious content out of it. 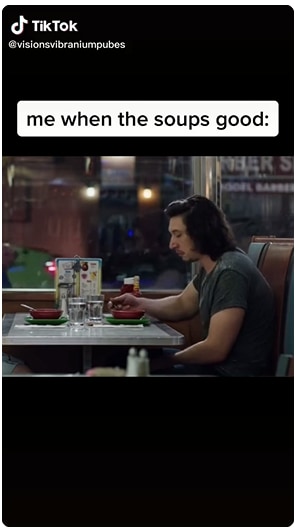 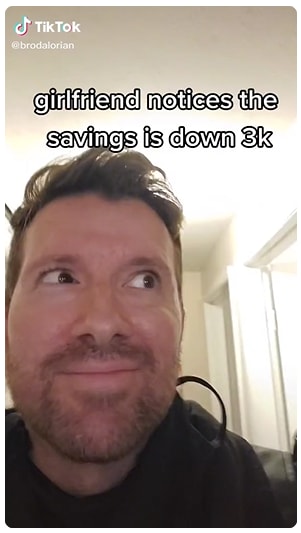 Figure 5: The He He He Trend

These are some of the fun Tiktok trends that have happened in the past year. You can always hop on any of these trends. Even if these trends have died down, there are always new ones you can try out.

Now let’s take a look at the top 10 Tiktok comedy stars that you must follow to make the most of your Tiktok experience.

Brittany Broski is an American Tiktoker who gained her fame in August 2019 after a video of her tasting a kombucha for the first time went viral. She currently has 6.6 million followers on Tiktok and 902k followers on Instagram. 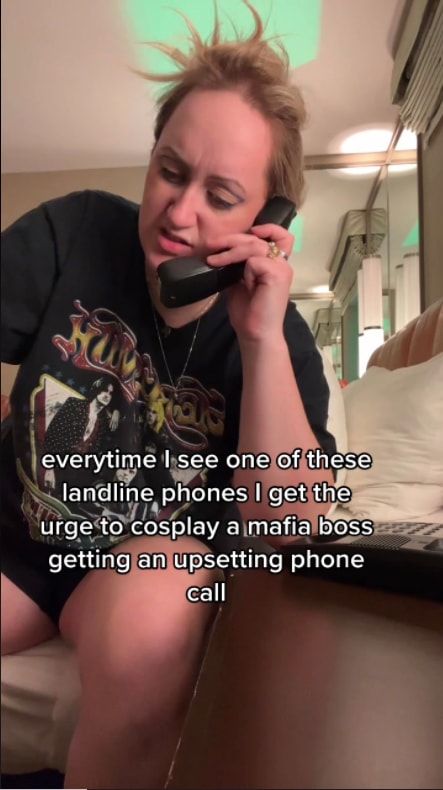 Her Tiktoks include different funny videos, including videos with a rat filter on, making up scenarios, and doing bits. Her videos have thousands and millions of views showing that she has quite a viewership.

Kris Collins is a Canadian Tiktoker who goes by the handle “kallmekris.” Kris has a following of 43.0 million people. She is famous for her skits, called the Imagine series, where she acts as different characters. She started out with just one or two characters and eventually built a whole lot of characters. 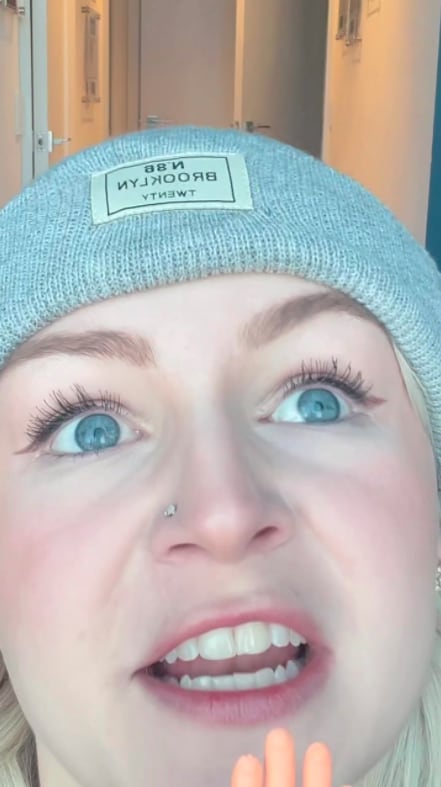 The uniqueness of her videos comes from the variety of characters and her dry sense of humor. Thus, making her videos extremely popular.

Sarah Cooper is an American author and comedian. Her Tiktok videos consist of lip-syncing. She became famous for her Trump impersonations. She has around 641.6k followers on Tiktok, but most of her videos have views in millions. 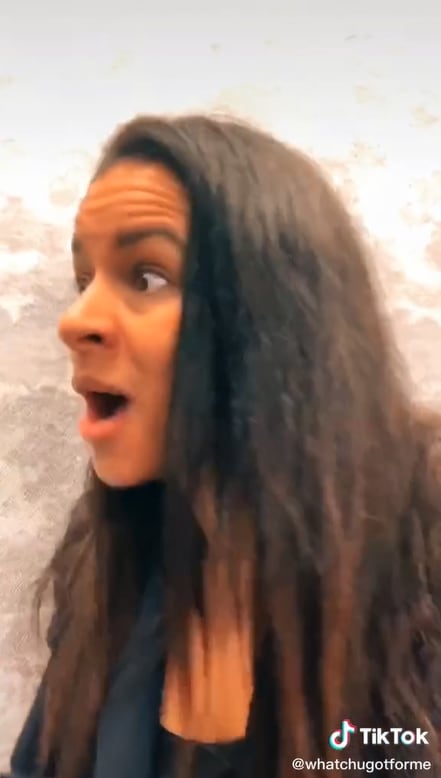 Figure 8: “How to Second Term” Impersonation

If you like funny impersonations, “whatchugotforme” is her handle. So, go follow her on Tiktok right now!

Lucas and Marcus Dobre are twin brothers who started a YouTube channel along with their two other brothers. They now have a TikTok account with 38.4 million followers. They make different comedy videos, do fun challenges, and also make vlogs. 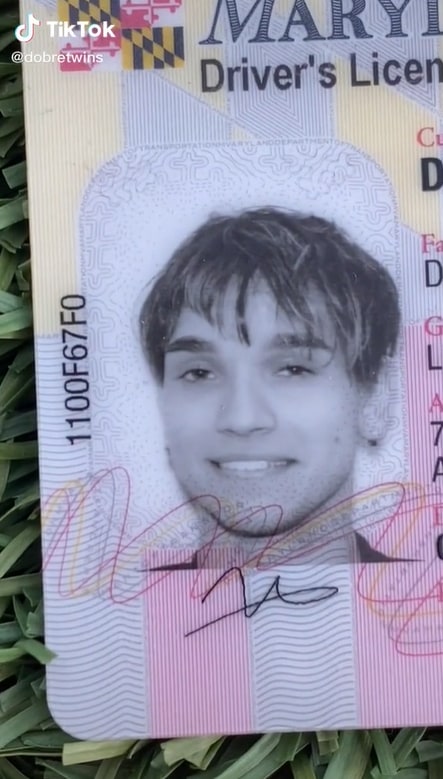 The credit of their huge following owes to the fact that their content is very enjoyable.

Liza Koshy is an American actress who gained fame through her YouTube channel. She has a knack for making everything sound funny using her unique facial expressions. She currently has 29.4 million followers on Tiktok. 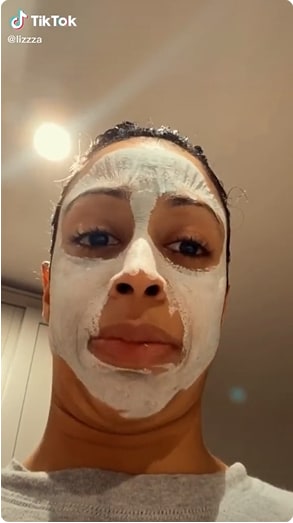 Who doesn’t love wholesome family humor? Well, Cole LaBrant is just the Tiktoker for you. He makes fun and humorous videos with his beautiful wife and daughters. His videos consist of skits, dances, pranks, and a whole lotta cuteness. 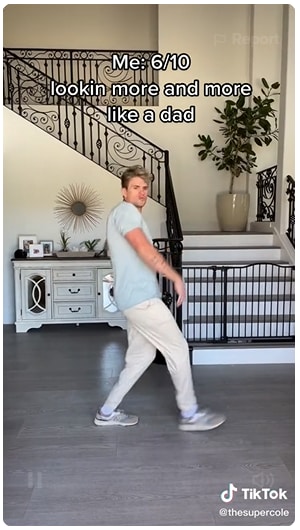 He has a following of 21.8 million people, and you should definitely be one of them!

Liam Silk is an 18-year-old influencer who has 6.9 million followers on Tiktok. 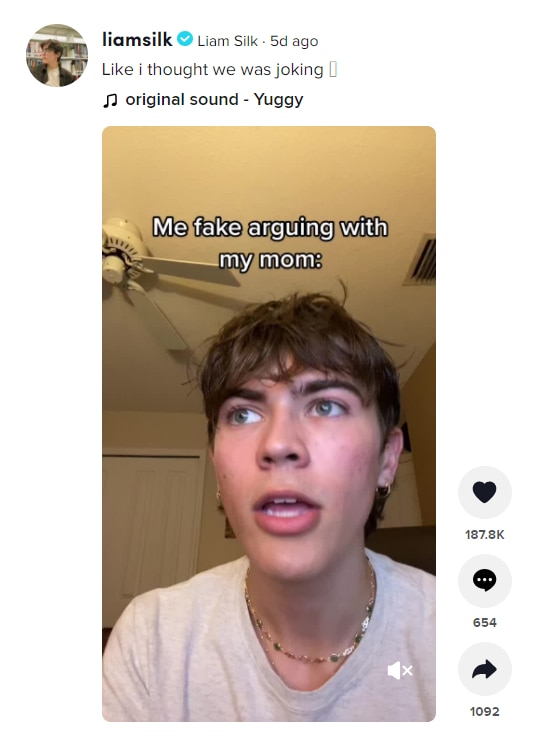 His Tiktoks are hilarious and will surely have you rolling on the floor laughing.

Adam Waheed is a social media celebrity, comedian, and content creator. His Tiktok account has 15.5 million followers. His comedy sketches are hilarious to watch and will surely light up your days. 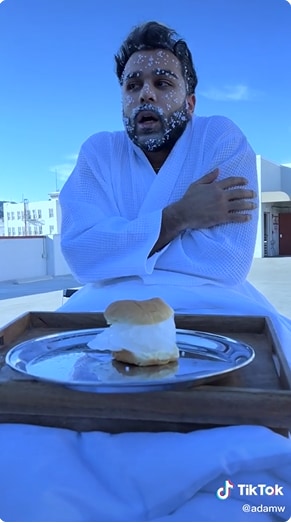 He uses personal experiences and adds humor to them, making them more enjoyable.

Another comedian and social media influencer that you must follow on Tiktok is Daniele LaBelle. He uses his athleticism to create comedy videos that will surely bring a smile to your face. 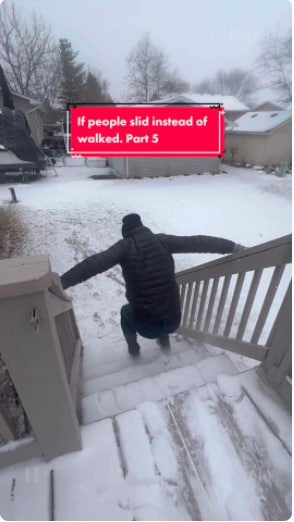 Figure 14: “If People Slid Instead of Walked Part 5”

He has a follower count of 25.3 million.

Last but in no way least and a personal favorite is Khabane Lame, AKA “@khaby.lame.” Khaby Lame became famous during the pandemic when he started making fun of life hacks in his videos. 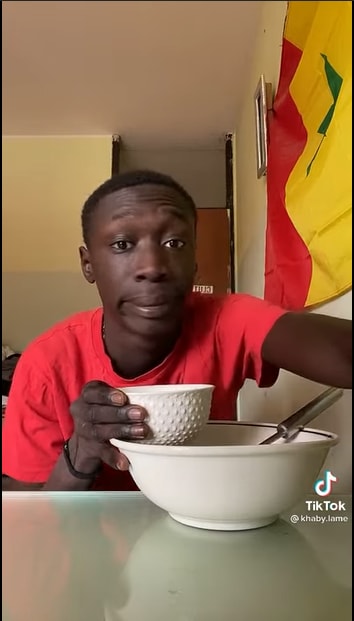 This became his signature move and gained so much popularity that he is now one of the leading comedians on Tiktok. He now has 31.8k followers on Tiktok.

Tiktok is an amazing social networking website that provides its users an opportunity to express themselves in a very creative manner with a lot of ease. The main purpose of Tiktok was to give people a platform for enjoyment in the form of short videos, and that is exactly what it did!