We certainly have a couple of recommendations to offer to you. There's a surprisingly large amount of both caricature photo maker apps and online caricature maker tools.

Today, we'll be focusing on the apps, to keep things easily accessible. And, in the end, we've even included a quick step-by-step guide on how to make a caricature of a photo.

As promised, part one of this article is devoted to a list of the 10 best caricature maker apps that we can find. We'll be focusing on the Apple App Store, in this case, but it's important to note that most of these are available on the Google play store as well. (A link to the app has been provided for your convenience as well.)

The first of the caricature maker apps on our list is 'MomentCam Cartoon & Stickers' — this app is part of another tool called 'Avatar Maker Bundle', but it can be used on its own to create caricature versions of yourself that you can use to express emotions (an avatar, if you will).

This app was made primarily to help the user to create an avatar that matches their look (with accessorization features to complete the set). However, you can interact with other members of the community to create multiple avatars if you wish. Or, you can share your caricature pictures on social media. 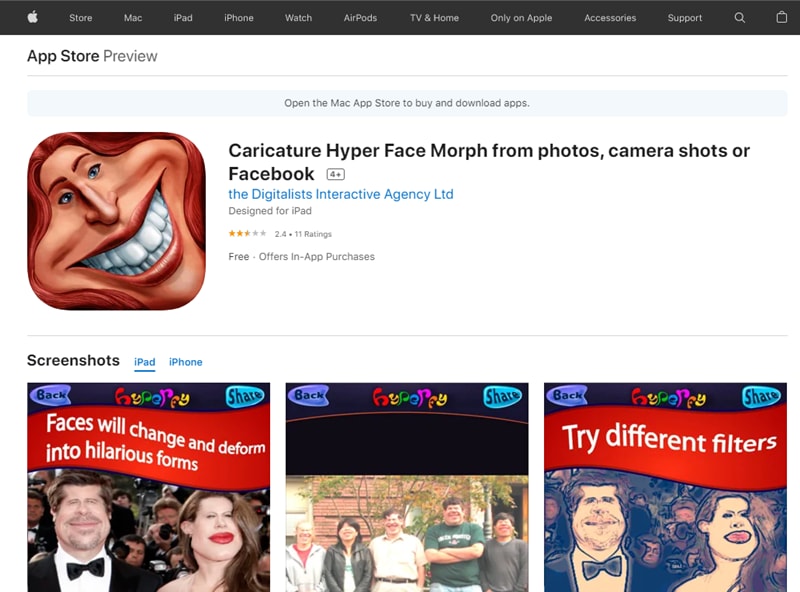 This next caricature maker app uses a more realistic style akin to what is usually used for a political caricature of famous individuals and politicians. It's called 'Color Cartoon Caricature Maker' and, while not as extensive in its features as the previous app, it can be used to turn an image completely into a caricature (which means that it can be used for photographs with more than one person or focus.) 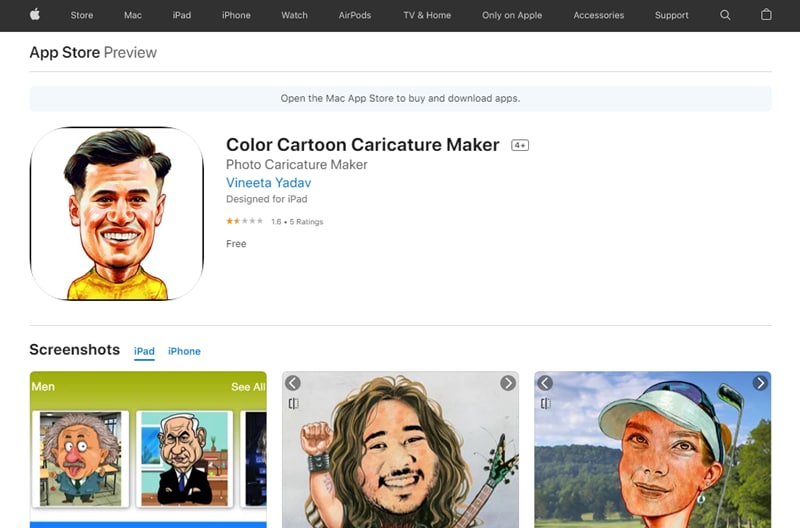 Up next, we have 'Pic Magic' which is better described as a 'cartoon photo editor' but still works as a serviceable caricature maker if all you're looking for is a subtle enhancement of features (unlike what was shown in the political caricature maker we showed previously.)

Much like the second app, while it's more suitable for enhancing the features of one person, it does work for group pictures as well.

This next app, called 'Photic' is much like our previously listed app, PicMagic. As you can see from the image provided, it can make a caricature of a photo but in a subtle way that is undeniably more of a 'cartoony' style than what you might be looking for. Keep that in mind.

The best part of it is that you can use it along with iMessage — making it very easy to share your finished caricature pictures with friends and family. The downside? It is best used for solo picture caricature-like only. 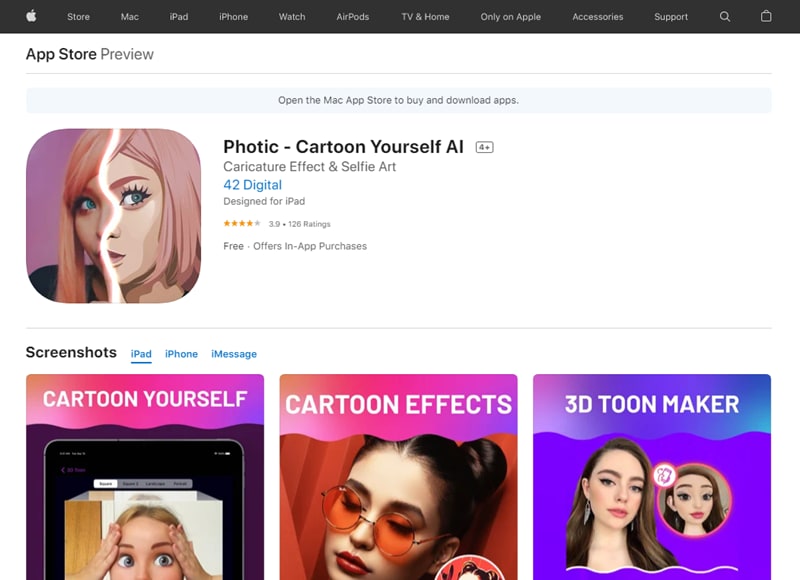 'ToonApp' is the next caricature maker on our list. As you can see from the image provided, the style of caricature is a lot more realistic here. Very similar to what you normally see of western comics (which only subtly changes the features of a person to look more rendered.) The best part of this app? Well, unlike some of the other options on this list, it works great for group pictures. 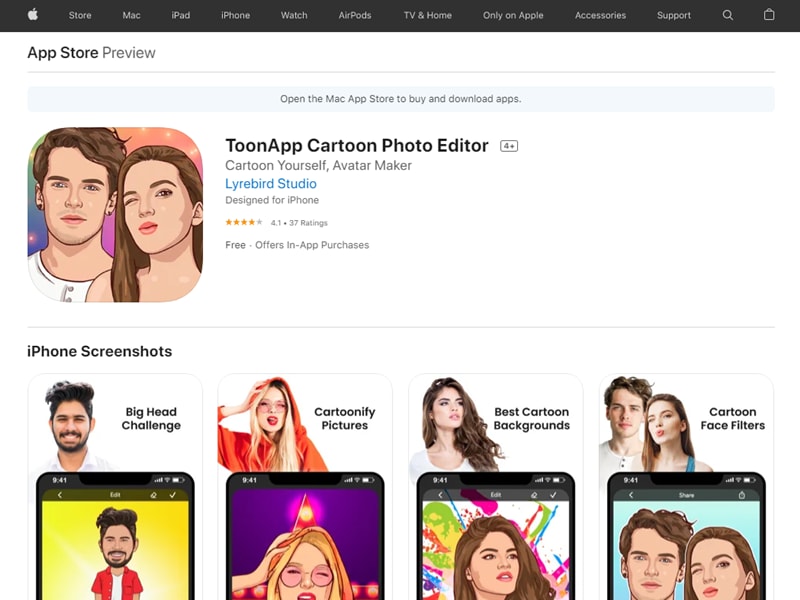 This next app is very similar to the previous one we introduced. It's called 'Artist AI Cartoon Photo Editor' and the main difference between it and the ToonApp app that we introduced earlier is that it uses a different caricature style. Not unlike what you see from 3D animations — which is a mix of realism and cartoony.

This tool, much like a lot of other alternatives, is best used for selfies. 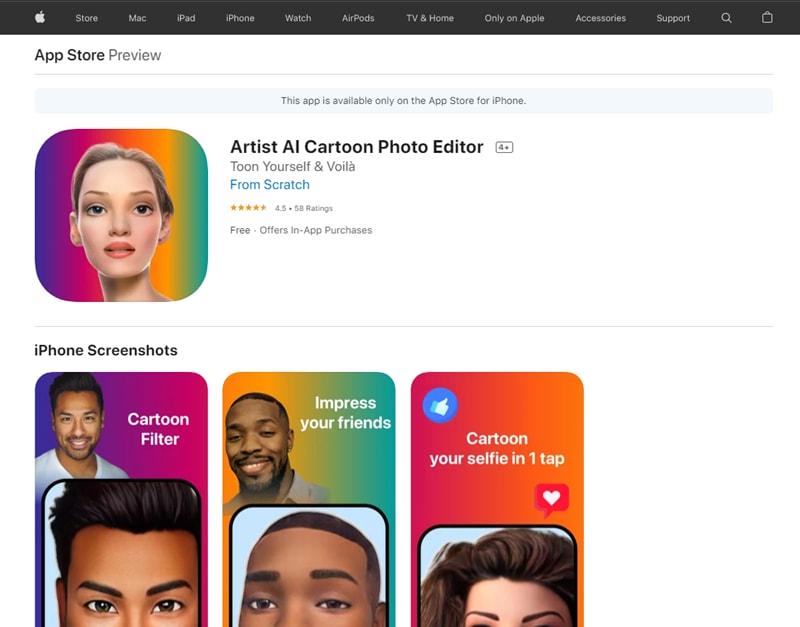 Now we go back to what most people usually consider 'caricature' with the 'Caricature Hyper Face Morph' app. This app, as you can see from the image below, allows you to morph a photograph into something more exaggerated (turning it into a true-to-form caricature; like what you would see in political caricature segments in newspapers or old animated short films.)

It works for group photographs surprisingly well as well. With the AI recognizing and applying the 'morph' effect to everyone.

The next caricature maker on our list is the app called 'Face Caricature.' The best part of this app, undoubtedly, is the fact that it offers several 'caricature' styles that you can choose from. So, you aren't stuck with just one cartoon style. It's better for selfies, however — it doesn't work as well as a group picture caricature maker. 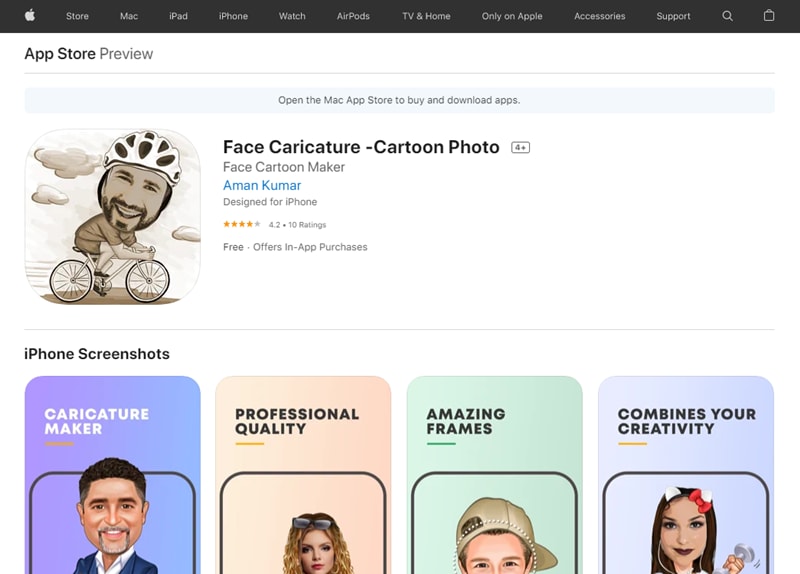 This is a camera tool that you can use in order to take photographs and turn them into caricatures. There are several caricature art styles for you to choose from, which are always fun. Plus, it offers easy save-and-share features. As a final note, this app works best as a selfie app. 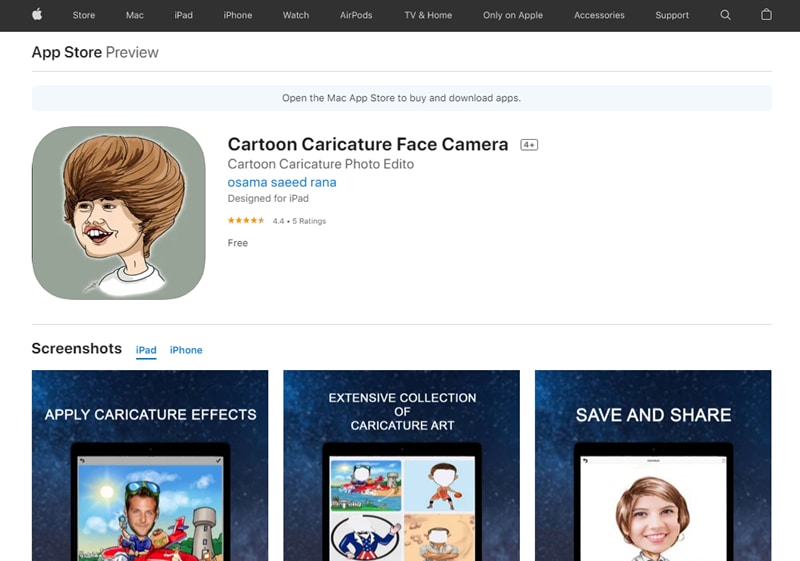 10Face Distortion - Screw Up Your Face

Though this app isn't exactly a 'caricature maker' it does work like one. It's just a matter of finding the right distortive effect to mimic the look of an actual caricature sketch. The best part about it is that it's basically a custom caricature maker — one that allows you to control exactly what features are exaggerated. 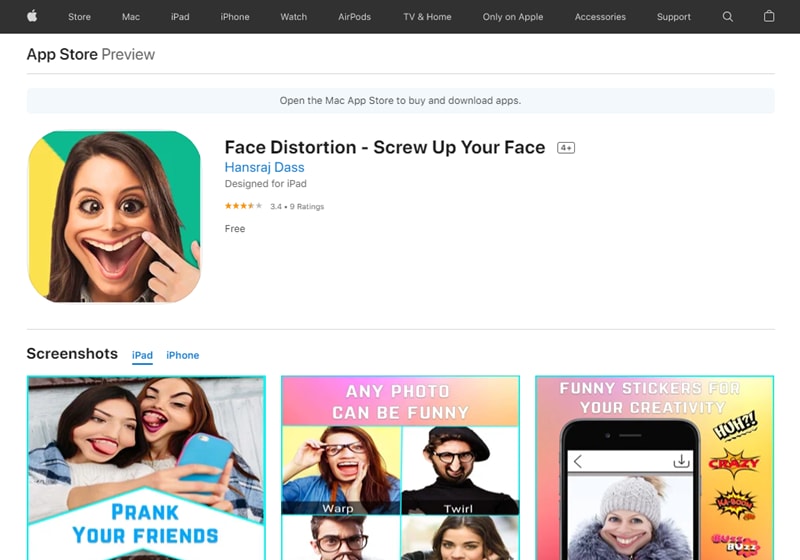 Part 2 How to Draw a Caricature — Step by Step Guide

Now for our promised tutorial. Here, we introduce a quick and easy way to draw caricatures. Take it more as an overview of what exactly caricatures are and how you can create them by following a specific set of steps. Ah, but of course, just to make sure that you are getting something out of it, we've also included a recommendation for a tool that you can use in order to step up your caricature creation.

Step 1: Get a Reference Photo.

Any good caricature starts with a good reference photo. If you're not familiar with the term, a reference photo is basically any photograph that you use in order to draw inspiration from.

When making a caricature, that usually means finding a portrait (like the one below) that you can directly refer to when making your caricature sketch. 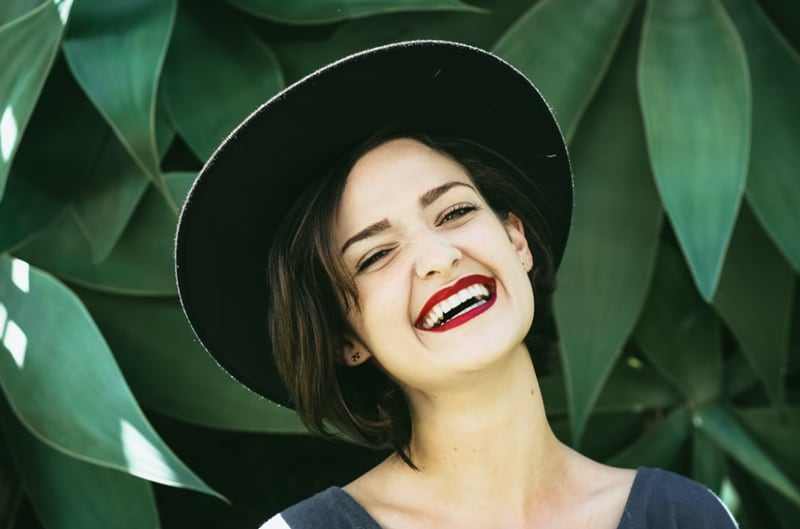 What is the point of caricatures? Well, it all comes down to the exaggeration of features. Whether that's enlarging the person's head to be half the size of a person or distorting the features of their face to make one more prominent than another. There's an endless number of ways you can go about doing it.

Just remember, when making a caricature sketch, there are no such things as rules. While you do have a reference photo in front of you, you don't have to draw it exactly as you see it. Make the eyes farther apart, exaggerate the lift of the eyebrows, give them a teeny tiny nose, etc., etc.. 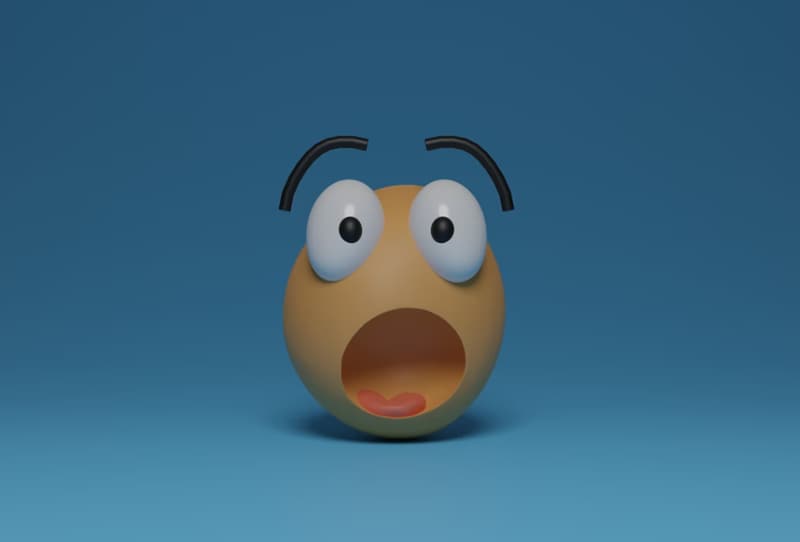 And, finally, if you really want to take your caricatures to the next level, consider animating them. That is the main point of caricatures, after all.

And, if you're going to go about doing such a thing, make sure that you have a reliable tool on your side. For example, having something like Wondershare Filmora Video Editor, a video editor that has an endless amount of presets and effects that you can choose from, may prove to be exactly what you need to get to the next stage of your caricature creation.

● There's a lot of these caricature makers for you to choose from as well. Proven by the fact that we were able to easily find at least ten — all of which you can use (some in different ways) to transform your photographs into caricature works.

● Of course, if you want to take the traditional route and draw caricatures yourself, that's possible too. Just remember the three tips that we outlined above: get a reference, exaggerate, and use good tools.