Do you like rock background music? We have done the research for you to come up with rock songs and the sites to download them.

It wasn't easy getting through 2021. But the world of rock background music made it a bit easier. This is how 2021 killed the myth that rock ever vanished. Let's check out some of these gems that can create a rock vibe for you to enjoy.

We have come up with varied songs by singers all around the globe who create a classic rock vibe for listeners with hip hop background music.

Wilson was inspired to write "Black Wing" on birds that are pure flying spirits that connect the threads of nature. You'll experience monstrous drums and power chords. This song uses delicate acoustic strums and a repeating keyboard riff to show contrasts in the world.

The legends, Roland Orzabal and Curt Smith are best known for the pop hits like "Shout" and "Everybody Wants to Rule the World."

For once in nearly 18 years, the duo taps into a folk-rock sound. It's something new and darker for the band, but it doesn't feel forced. They still represent the previous work that made them what they are today. "No Small Things" proves that even after 40 years of their coming, they still have so much to offer to the world.

Rise Against speaks for the marginalized people out there through his songs. This title track of their latest album is one of the most poignant songs in their entire catalogue. The lyrics hone in on the idealism of the "American dream" related to a current generation of youths growing up in a world of social, economic and political instability.

4. As Everything Unfolds - On The Inside (Official Video)

As Everything Unfolds made a sweet blend of mid-2000s emo and modern metal in 2021. "On the Inside" is a song you get hooked to in all the ways. This anthem gave us all the energy and made the year a little more joyful. Check it out now!

Mastodon made a comeback in 2021 with the much-awaited new album, Hushed and Grim. It kicks off with a rolling, progressive number called "Pain with an Anchor." This epic track immediately catches attention with its heavy beats and rich tunes, making Mastodon one of modern metal's most important acts.

6. The Pretty Reckless - Only Love Can Save Me Now (Official Music Video)

The song comes on Pretty Reckless' latest album, Death by Rock and Roll. It brings hope that life has to go on, and most importantly, is worth living.

Avril Lavigne has mostly made hits in the pop world. "Bite Me" brings her back to some of her pop-punk categories. The song brims with energy and empowering attitude. You are going to listen to it on repeat.

Dorothy shifted from a high energy rock' n' roll to sweet, free-spirited music during her first two records. Now she has come up with an even more bouncy high energy track, "What's Coming to Me." The chorus is impressive; her vocals are sharper than ever, and it sounds more mature all around.

Andrew W.K. released the album cheeky God Is Partying in 2021, which features the single "Everybody Sins." The track has a catchy guitar sound, yet it is brutally heavy. This makes it an appropriately wild Andrew W.K. song in the best possible fashion. He makes a resignation, and it sounds so great.

Billy Idol is known for Punk rock, ‎hard rock‎, ‎glam rock. This track is reflective and redemptive. He vows in the song that "I'm gonna live so hard these broken wings will lift me up to the sun." Idol wrote "Bitter Taste" along with Steve Stevens and others, while Butch Walker produced it for The Roadside EP.

Serj Tankian is an Armenian-American singer, musician, songwriter, and political activist. He is one of the best vocalists in heavy metal. 'Elasticity' is rock background music with unusual delivery and wide vocal range.

Myles Kennedy delivers arguably the most epic title track of his album "The Ides of March". He has fantastic songwriting, instrumental skills and vocal prowess. The song starts with a whisper and soars with power through the chorus. Listeners are taken on a journey with stylistic shifts.

13. Sleater-Kinney - Worry With You (Official Video)

"Worry With You" is the band's first release from their tenth studio album, Path of Wellness. It has a breezy feel that adds a sense of contentment. During the lockdown, a young couple strives to find happiness in their tiny house.

In a melodious voice, Dave Grohl ponders his childhood fears in this thought-provoking song. He shares that his children face the same fears now. He shares his desire for a peaceful existence in a world on the brink of a global conflict.

In this song, Jackson Browne, a singer-songwriter, imagines a scenario where his actual heartbeat is replaced with an artificial one. "They never break, they don't even beat, and they don't ache / They just plug in and shine". He sings in a sunny tone to mark his words.

There are many sites that let you download hip hop background music. We have listed three such sites so that you know where to go and discover new genres, bands and artists. 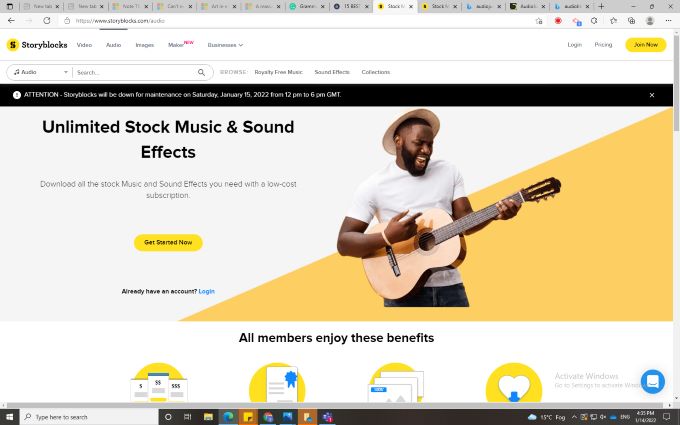 Storyblocks is a unique site with best stock music and sound effects. You can choose hip hop background music based on the intensity of the music you like. The site is always updated with new songs based on what you're searching for. You'll find free audio content that can be used multiple times for commercial and personal projects. Storyblock offers budget friendly subscription packages for you to do huge savings. 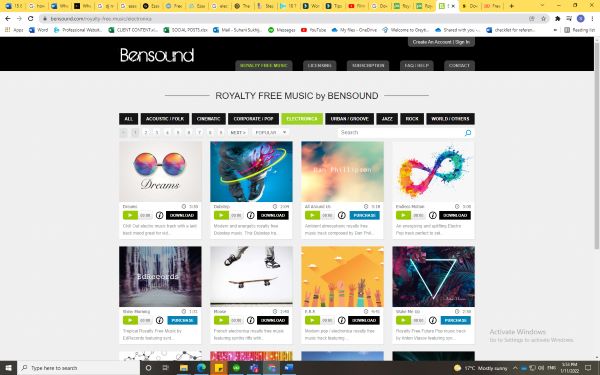 The Bensound site offers diverse collection of both free and premium soundtracks. It is a user-friendly website with attractive homepage. Each track has a unique name, description, and eye-catching thumbnail. Bensound has a good collection of rock background music. There are also other genres like acoustic, cinematic, pop, electronica, urban, jazz, rock, and more.

There are more than 300 tracks on the site. Out of these, 80 tracks are free to download. Then, you can use these on YouTube, Facebook, or for other purposes as long as you credit Bensound.com. If you're unable to credit Bensound, you have to buy the license.

Free Music Archive -FMA was founded in 2009 by radio station WFMU. The music licensing company Tribe of Noise owns it. It gives you free access to open licensed, original music. There are various songs from thousands of independent artists. Tens of millions of visitors download music every month for personal use. You can also share and remix music from FMA in videos, podcasts, films, games, apps, and even school projects.

It allows you to perform searches to find and stream music on the site. You can add the tracks and create your "mix." If you like the songs on the website, you can pay for downloads and support the artists by giving them a "tip".

We have tried to cover the best rock songs and the sites for you to download them from. If you download songs and want to add them to any of your video projects, you can use Filmora Video Editor.

A Complete Overview about Nero WaveEdito [2023]