We will learn how to apply these transitions, look at some specific video transitions ad some audio ones as well. Last but not least, we'll look at animation effects.

Transitions are special kind of effects which are meant to connect or join two clips. They can also be used to fade the beginning and end of a clip. If we look t the effects panel, there is a folder called Transitions Video. 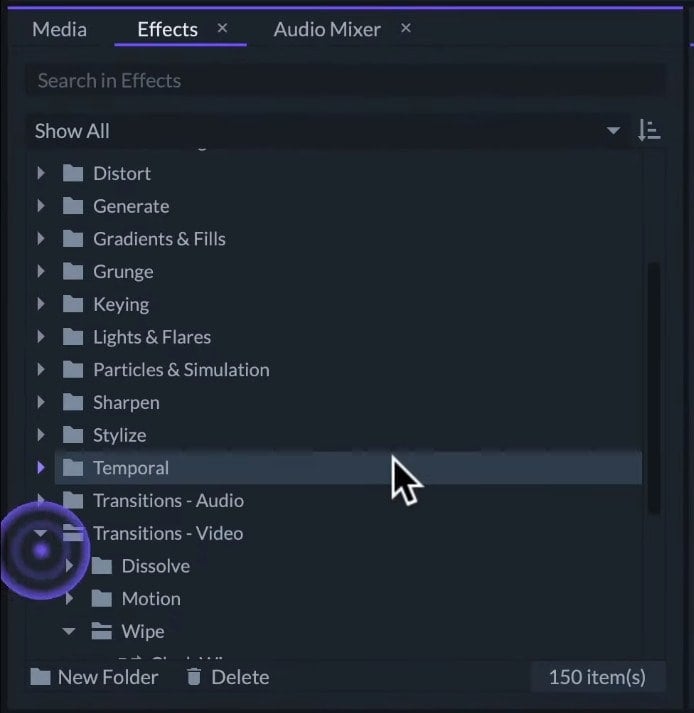 The faster way to find it is to select to show only Transitions in the upper column of Effects. To apply transitions we can drag it into the timeline and drop it where we want to apply it. You can use it at the beginning or at the end of the clip or between two adjacent clips. 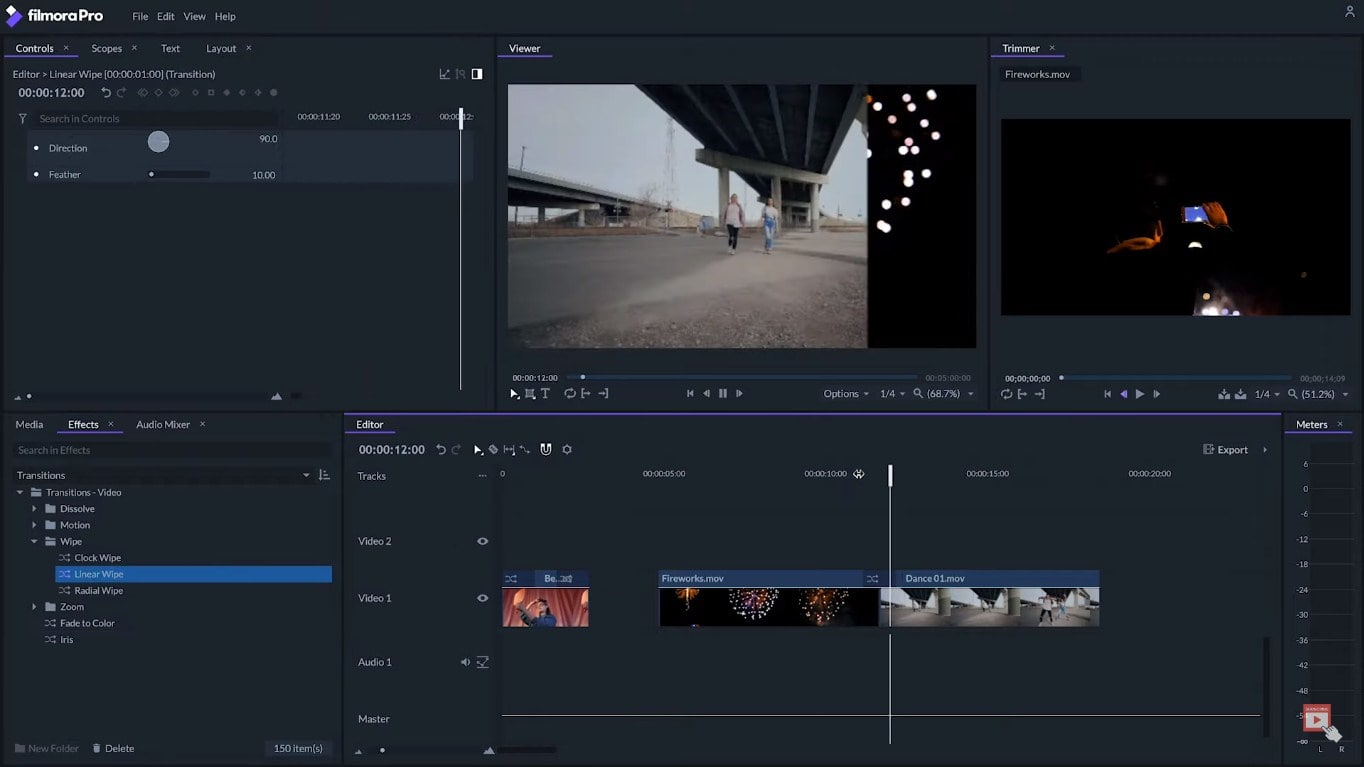 The transition will be visible on the upper part of the clip on the timeline. We can drag it to place it somewhere else. If we select it and drag it from the edges, we can extend or reduce the transition.

When the transition is selected, we can adjust its settings on the controls panel although some transitions do not have adjustable settings. We can get rid of transitions by selecting it and hitting Delete.

And we also have Other Transitions, the first one is to Fade to Color and the second one is Iris Transitions.

If we look into the Video Effects, there is a folder called Animation. The effects in this folder will affect the opacity at the beginning and end of the clip. They can be applied as a regular effect and adjusted in the Controls Panel. 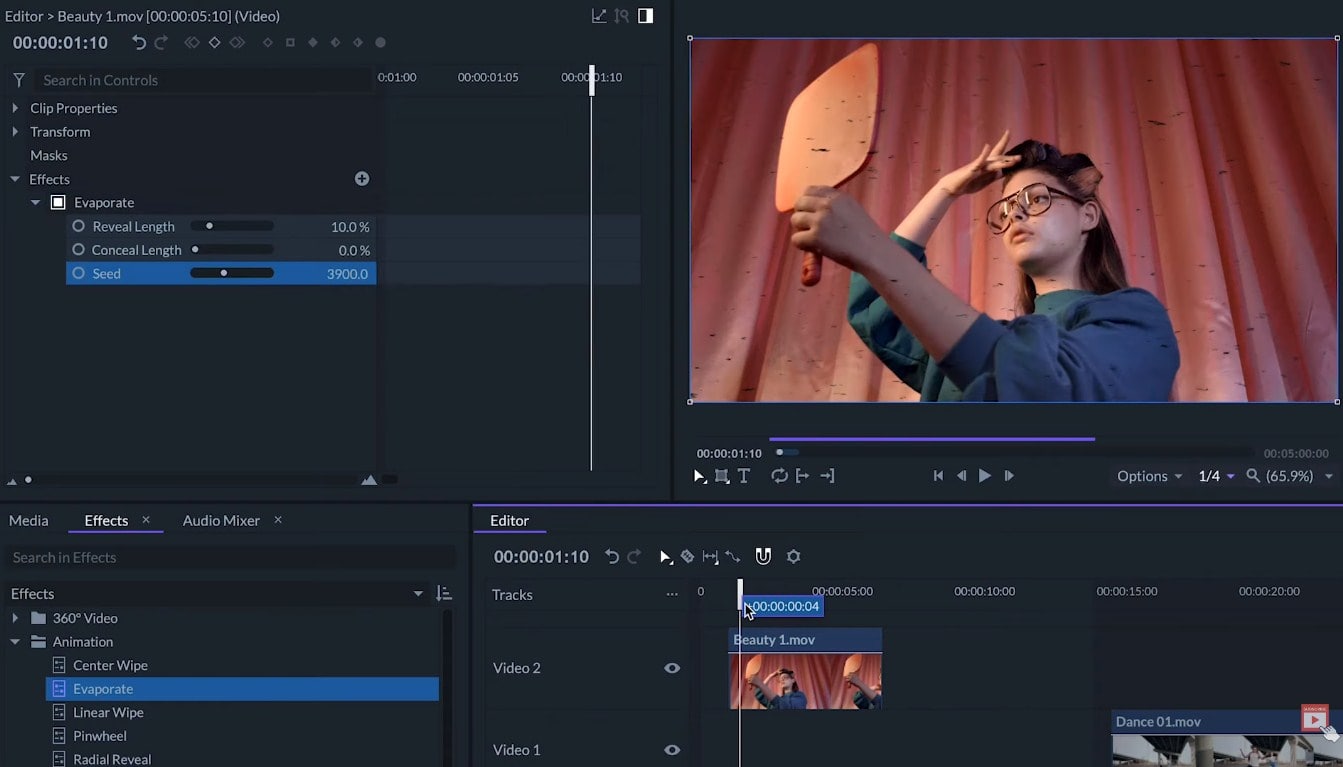 So, these can also be used as transitions if we overlay the clips on different tracks.

A typical beginner's mistake is to overfill the edit with different video transitions. This will produce visual clutter that is unpleasant to the viewer. So, we recommend that you use them in moderation and try to find good situations to use them to your advantage.

So, that’s it about Transitions but do follow up with other tutorial videos in the series.