PowerDirector for Mac: A Detailed Review and Its Best Alternatives

If you are a video editor, then you might be familiar with CyberLink PowerDirector 365, which is one of the most popular editing tools in the world. While PowerDirector has always been available for Windows, it can now also be used on Mac. Therefore, without much ado, let’s get to know about the features of PowerDirector for Mac in this detailed review, and also check its best alternatives.

To start with our review of PowerDirector for Mac, let’s quickly have a look at some of its major features. 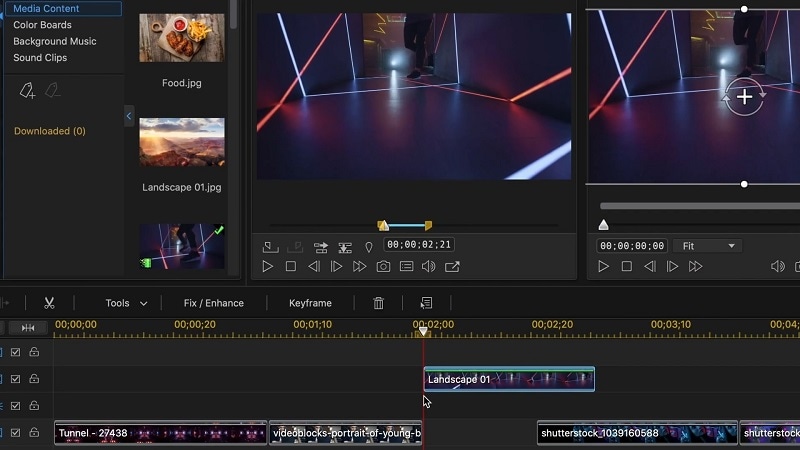 PowerDirector 365 has a multi-timeline interface that lets us edit our videos, clips, and soundtracks in one place. You can start fresh by working on new projects or load any existing template to make your job easier. All the basic editing tools like trim, crop, cut, splice, merge, rotate, flip, etc. are easily accessible in PowerDirector.

One of the best features of PowerDirector 365 is its inbuilt collage maker. You can simply load your photos, videos, and audio files and select any available template to create appealing video collages.

You can also access a wide range of visual effects like transitions, captions, filters, texts, and more in PowerDirector 365. Since it has an active community, you can also access several presets to make your job easier.

You can also access the inbuilt features of PowerDirector for Mac to improve the quality of your videos. This can be done by accessing its features like color correction, white balance adjustment, audio denoise, fisheye distortion, lens correction, and so on.

To provide advanced editing options, PowerDirector 365 offers keyframing solutions that would let you add animations and other effects to your videos. There are also options to adjust the playback speed of videos with its speed control settings. 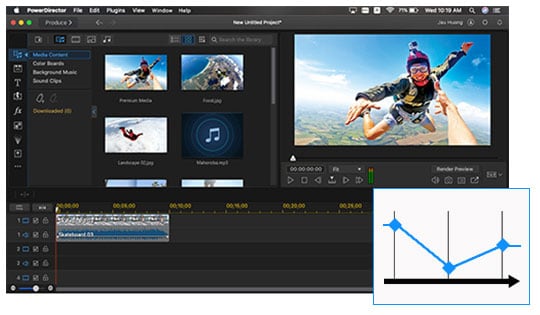 Difference Between Mac and Windows Version

After getting to know the main features of CyberLink PowerDirector 365, let’s have a quick look at its pros, cons, and pricing. 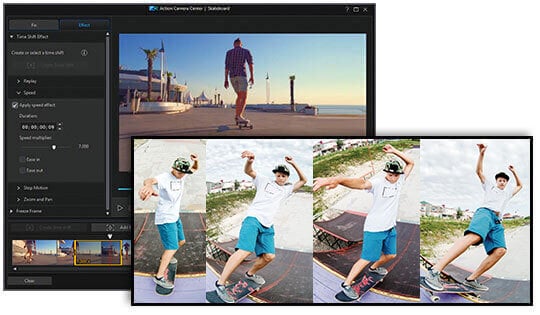 As you can see, PowerDirector for Mac is not as well-equipped as its Windows versions and can have several limitations. Therefore, you can consider the following alternatives to PowerDirector 365 for Mac to meet your advanced editing needs.

Developed by Wondershare, Filmora is a user-friendly and advanced video editing tool that is available for Windows and Mac alike. The best part is that Filmora is a beginner-friendly application that won’t need any prior editing experience to meet your requirements.

Filmora is an AI-powered video editing tool that has numerous automatic features, like you can use its AI Portrait Mode to instantly remove the background of a video. You can also access AR stickers in Filmora to make your videos more visually appealing.

You can also access the keyframing option in Filmora to add animations or use its motion tracking feature to automatically track the movement of any object.

There are also seamless options to add voiceovers to your videos in Filmora. You can access its inbuilt audio library or add any other soundtrack to your videos. Furthermore, you can edit audio tracks, minimize noise, apply effects, and even implement audio ducking.

Filmora has several dedicated options for Mac like hardware acceleration and touch bar integration for Mac.

You can access hundreds of transitions, filters, captions, and other audio/video effects in Filmora. Some other advanced features include automatic reframing, color grading, blending mode, green screen editing, pan-and-zoom, and so much more.

Alternatively, if you have high-level requirements, then you can also take the assistance of Final Cut Pro. Developed by Apple, it is one of the most advanced video editing tools for Mac, but it would take a while to master. 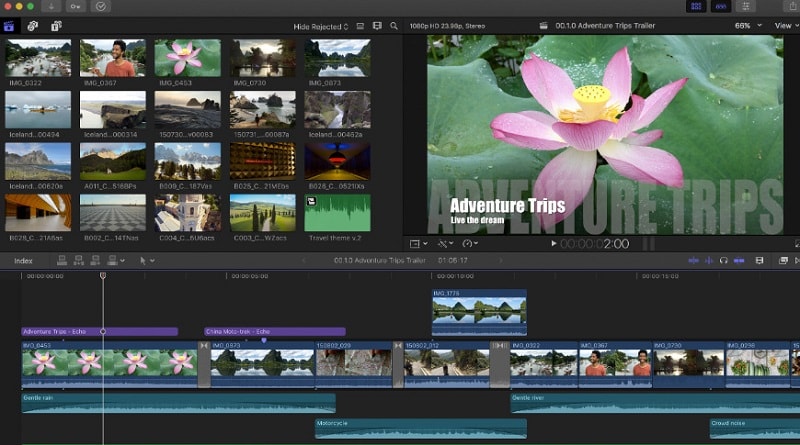 Since Final Cut Pro is developed by Apple, it has optimized CPU and GPU features to provide advanced heavyweight editing options. It even supports the encoding of RAW 8K videos without any hassle.

Final Cut Pro comes with advanced multi-cam editing options that let us sync our videos from up to 64 different angles.

To customize the coloring of your videos, you can access an entire Look-up Table in Mac. The color grading features in Final Cut Pro also support High Dynamic Range Videos.

Now when you know about the major features of PowerDirector for Mac, you can easily meet your video editing requirements. To make it easier for you, I have also listed the overall pros and cons of the Mac version of CyberLink PowerDirector 365 video editor. Since it is missing several features, you can consider trying a more user-friendly and resourceful video editing tool like Wondershare Filmora. From AI portraits to AR stickers and auto reframing to motion tracking, it has some of the most advanced video editing features presented in a user-friendly interface.

Thank you for your comment. We will review it within few days.
You May Also Like
Easiest Ways to Rotate iPhone Videos to Correct Orientation

In this article, we will introduce two ways to rotate your iPhone video to correct orientation.

Here are some of the most recommendable Android and iPhone video joining tools that you could opt for anytime you wish to combine two or more videos.