Record screen and webcam as well

There are several voice recording apps available and we have picked only those that can record sound in the background even when the screen is off.

Smart Recorder is the best secret voice recording app for Android users. The app can record surrounding voice even when the display is off. The app does not consume too much battery life in comparison to other such hidden voice recording apps. There is a microphone gain calibration control so that it can record amplified sound when the surround sound is rather low. Therefore, it picks up all conversations perfectly and you can listen to them crystal clear. Here are all the features of Smart Recorder app. 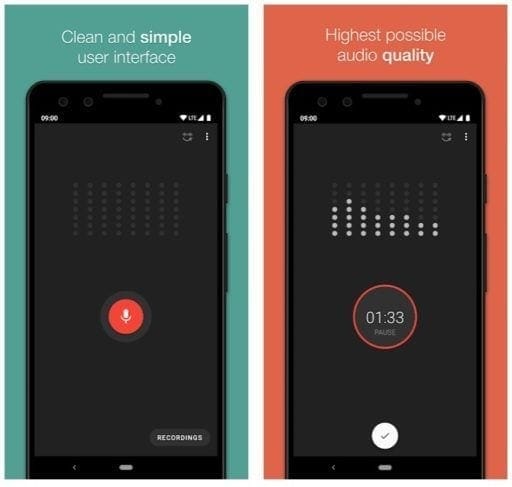 GOM Recorder is another versatile audio recorder through which you can record surrounding conversations. The app lets you record voice memo which is a speech to text recording. The app has gesture settings to start recording by shaking the phone in order to avoid suspicion of the surrounding persons. Moreover, you can schedule recording which is great for secret voice recording. Here are all the features of GOM Recorder you should be aware of. 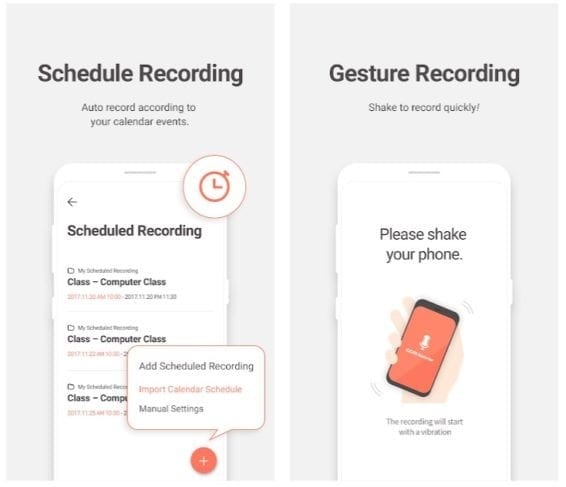 It is a completely free with intuitive user interface for easy operation. The recording quality is quite top-notch and you can record voice for memos, lectures, meetings, and much more. You can save the recordings in different file formats so that you can play the audio files on different devices. You can also determine the recording quality as per requirements as well as space availability. Here are the key features of the app you should know. 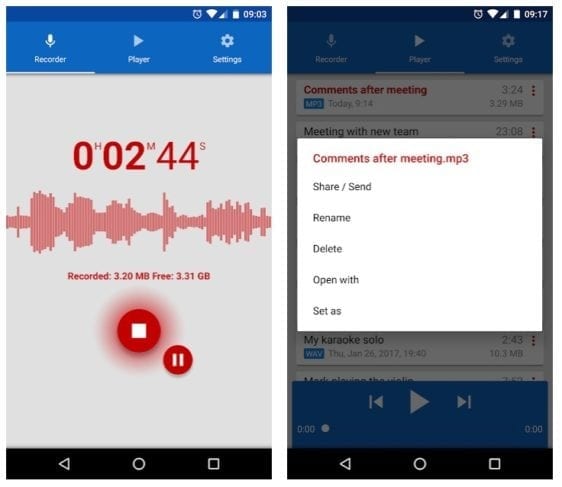 If you are an iPhone or iPad user, here are the apps you should have on your device for secret voice recording.

This is literally the best secret voice recorder app for iPhone and iPad. In fact, it is also compatible with Apple Watch, and the app is also available for Android users. The recording quality is top-notch, and it can record secretly in the background. You can save the recordings in multiple audio file formats. The app safely stops recording during low battery, storage shortage, and even during sudden calls. Here are the key features of Awesome Voice Record that make it stand out. 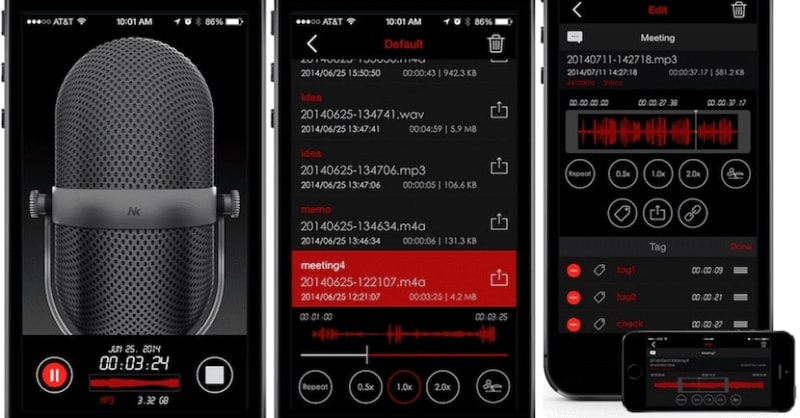 It is undoubtedly the best secret voice recorder app iPhone. The user interface is slightly unappealing but the features and functionalities are totally exceptional. The app is available for free for iPhone as well as iPad. There is no limit on the recording time depending on the storage space available. Here are all the features of Voice Recorder & Audio Editor app. 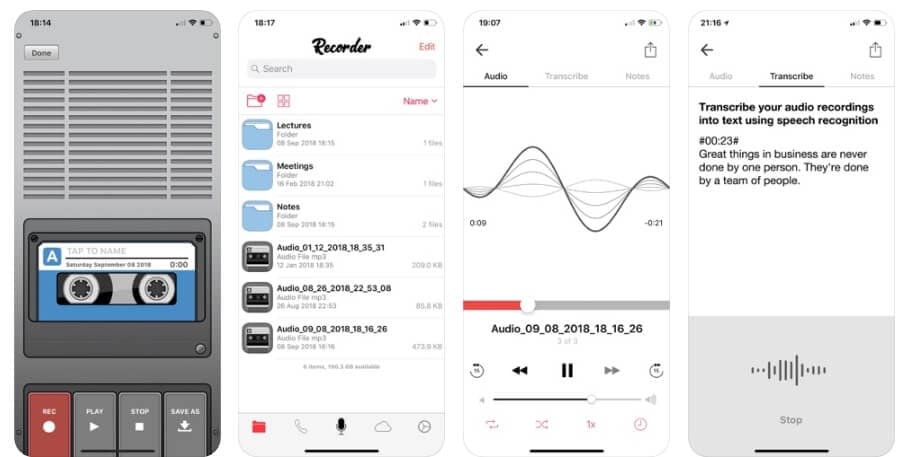 If you are looking for a secret voice recorder with proper transcribing option, this is the app for your iPhone. You can record without getting detected easily and you can transcribe recording as well as edit and share them. In fact, many consider it better than the inbuilt Voice Memos app on iOS devices. Check out the app’s key features for more understanding. 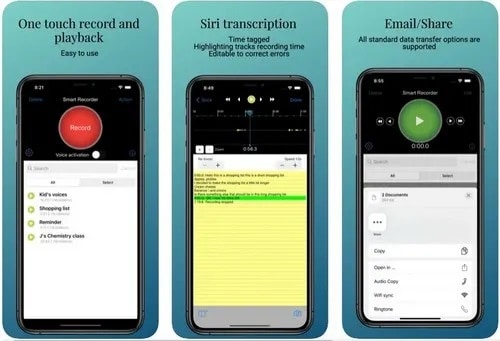