Adobe Premiere is one of the most popular apps for editing video, as it provides plenty of features and compatibility with various formats. Editors who want to tweak the timing of a clip in Premiere can use the slide and slip tool for easy adjustments.

It is a very handy feature that ensures that edits are more precise and quicker to complete. The slip and slide tools have separate purposes within Premiere, but both are vital to video editing within the program. Here is our guide on how to use the slide and slip tools within Adobe Premiere.

Part 1: What are the Premiere Slide and Slip Tools

If you have a clip within your video and you want it to feature earlier or later within your sequence, you can use the slip tool to make it happen. The Slide Edit within Premiere will let you slide the clip up or down the timeline of your footage, allowing for a very easy adjustment.

The tool ensures that the duration of your target clip is always the same, while the durations of the other clips are adjusted accordingly. Depending on the adjustment, the duration of one clip may be increased, while another’s is reduced.

The purpose of the slip tool is to let you simultaneously change the In and Out points of a clip within your timeline. You can make such an adjustment while leaving the time span between those points constant.

Take, for example, a ten second clip that you trimmed down to five seconds within your timeline. Now you can to determine which five seconds of the clip will show in the timeline. You can do that using the slip tool.

Part 2: How to Use the Premiere Slide Tool

If you want to make a slide edit, you are attempting to shift the clip in time and any adjacent clips are trimmed to ensure the move is a smooth one.

Pick the slide tool, position the pointer on the clip that you want to move and then draft it left so that it is before the intended clips in your sequence. As your mouse moves and the process is completed, the program will complete any adjustments to the other clips that are a part of your sequence. 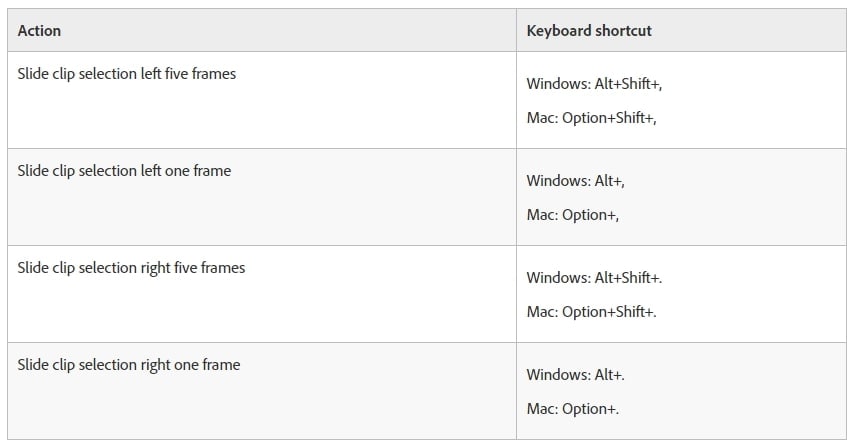 Part 3: How to Use the Premiere Slip Tool

If you want to change the starting and ending frames of a clip without adjusting its duration, you can use the Premiere slip tool. It will adjust the clip’s In and Out points forward or backward by the same amount of frames, using one action.

The program will update the source In and Out points of the clip, showing you the result on the monitor and maintaining the duration of the clip. 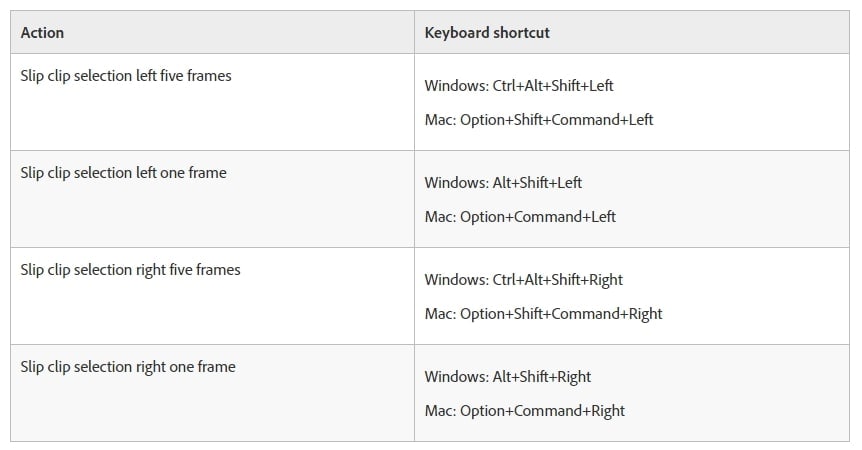 Now that you have a complete understanding of how to use the slip and slide tools in Adobe Premiere, you will have a much easier time adjusting your footage. Changing where a clip is located within the timeline, or adjusting the In and Out points of a clip, will be a much simpler process.

In this article, we decided to take you through different methods of creating the white flash transition in Adobe Premiere Pro. We’ll also show you where you can find these stunning transitions online

In this article, we will try to help you to reach the decision which software, Adobe Premiere Elements 15 or CyberLink PowerDirector, is better for you, by comparing them side by side.