Do you want to know what are some of the top trending videos on Twitter? If so, then you’ve come to the right place.

Top trending videos on Twitter are based on the number of retweets and favorites, the amount of time people spend watching them, and their general popularity.

In this article, we’ll review the top 10 trending videos on Twitter and how you can find trends on Twitter.

This video of TREASURE (a boy band) gearing up for the title track of an upcoming thrilling focus film has garnered huge views since its release. This is why it’s first in the list of top 10 trending videos on Twitter.

2. Video of Tom Brady by SportsCenter

It’s a beautiful video of Tom Brady’s transition over the course of his 22 seasons in the NFL. It’s a 24 seconds video posted by SportsCenter on their official Twitter account. It shows how Tom Brady’s appearance and facial outlook have changed starting from his debut season to his last appearance in the league.

The video has gained huge traction from viewers and Tom Brady’s fans because he recently announced retirement from American Football while appearing for the one last time in NFL.

This video is posted on Big Brother Brazil’s Twitter account. Brunna Goncalves is a famed dancer in Brazil and recently participated in the popular reality show Big Brother’s Brazil edition. The video is drawing attention after she has been pointed out as a 'plant' by the public. The video is titled “Best moments of Brunna." However, she’s doing nothing special in the video. The video shows moments of her doing nothing or being silent.

This video is posted on Pardon My Take’s official Twitter account. Pardon My Take or PMT is a comedic sports podcast by Barstool Sports. It’s a 3 seconds video with the caption “Bucs fans now that Tom Brady’s officially retired.” The video shows a person saying “oh no, we suck again,” referring that the Bucs team is nothing without Tom Brady and will have a hard time competing against other teams.

6. An essay on Tom Brady's career

It’s a 4 minutes long video on Tom Brady’s career. It tells when did he start to play American football. It’s an amazingly edited compilation of his best moments and shows what makes him the greatest quarterback in the history of American football. Tom Brady can be seen talking that he loves nothing more than the game he plays and the stats confirm this. He has the most number of touchdowns and passes than anyone in the NFL.

The video is a recording of the horrific moment when a section of the asphalt collapsed right next to where the subway work is going on. It happened early in the morning so there was no traffic on the road and no harm occurred. However, the express lane was later opened for traffic after the completion of repair work. Instances like these are rarely captured as they’re happening, so it’s no surprise why this video is trending on Twitter.

8. A meme take on racism in NFL coach hiring

A video trending on Twitter shared by Josiah Johnson is a meme-based take on the recent allegations made by American football coach Brian Flores. He said that there’s a factor of racism involved in the hiring process of NFL coaches. He has filed a lawsuit against the NFL, claiming bias in the coaching search. The video is only 1 second long.

This is one of the top 10 videos trending on Twitter. Posted on a Twitter account named Trash Italiano, it is a video of emotion-filled music performers on the occasion of Sanremo Music Festival 2022.

How to find what is trending in a specific country?

By default, Twitter shows Trends based on your location. However, you can adjust the settings to find out what people are talking about around the world and in specific countries. 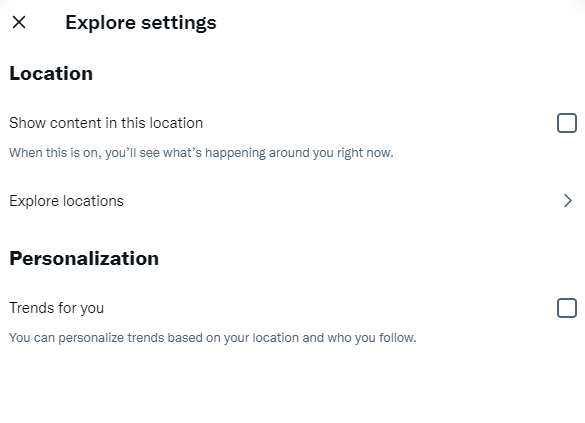 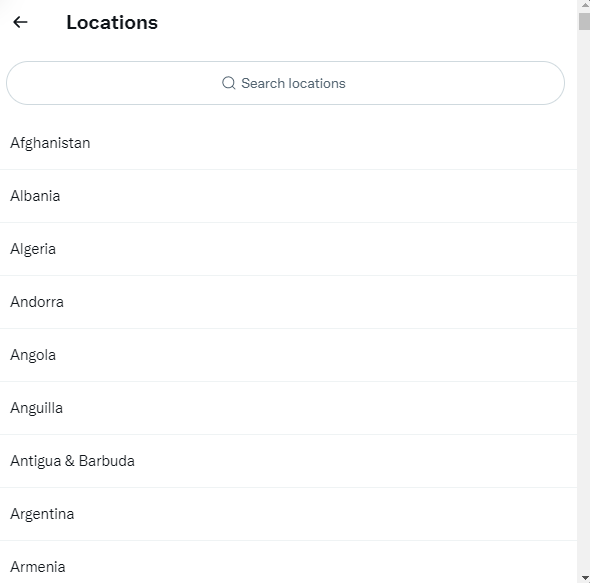 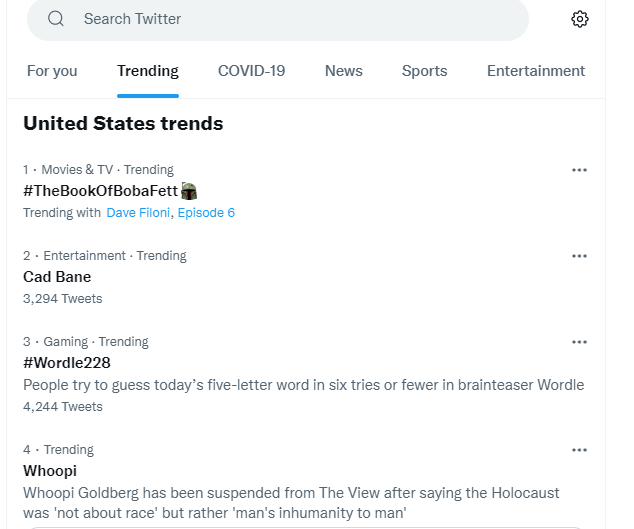 Every year there are more and more Twitter users from around the world, Tweeting. What do people Tweet about? Most of them share their thoughts, updates on daily life, and personal details. But it is difficult to make sense of all these Tweets unless you are an avid Twitter user.

Twitter Trends is a real-time tool that helps you know what is happening around the world and why it matters.

We hope this guide gives you an idea of how Twitter determines Trends and how you can see what’s trending in other countries.