Knowing when to make a cut and switch from one shot to another is a fine art that takes years to master, while finding a perfect pace for the entire video may prove to be a challenging task even for seasoned video editing professionals.

Syncing the cuts in your video to the beat of the music is a great video editing trick that gives the video rhythm and makes it more dynamic. Manually detecting each beat in the song you’re using as the soundtrack for the project you are working on can take quite a bit of time. Filmora9’s Beat Detection feature reduces the amount of effort you have to put into the syncing of the video to the beats of the song. So, in this tutorial, we are going to show you how to edits videos to the beat in Filmora9.

Part 1: What is Beat Detection?

Beat Detection is an algorithm that analyzes a song and detects beats at the frequency you’ve selected. Most popular songs have four quarter-note beats, which means that the 4/4 measure indicates that each measure has four hits.

That is the reason why most Beat Detection algorithms add a marker after every four beats, although you can also choose to add a marker to each beat in the song. Beat detectors were initially used in music visualization software, but recently a growing number of video editing software products started including this feature into their set of video editing tools.

Part 2: How to Detect Beats and Adjust Beat Options in Filmora9?

Once you’ve added all footage you want to use in a project you created in Filmora9, you should head over to the video editor’s Audio Tab. 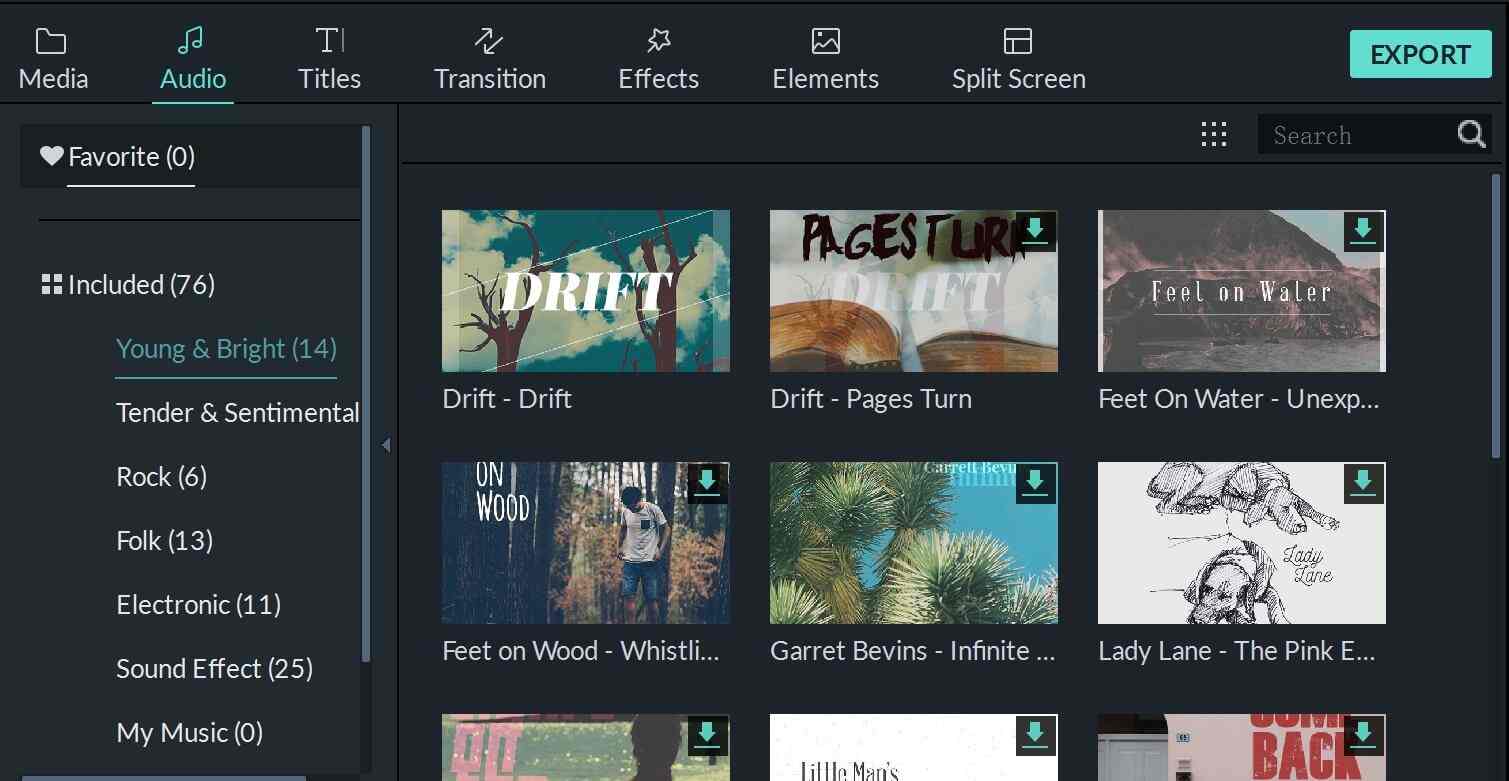 Choose the song to which you would like to sync your photos or videos, right-click on it, and select the Beat Detection option from the menu. The algorithm will then analyze the song for the beats, and you will be able to see the progress at the bottom of the song’s thumbnail. 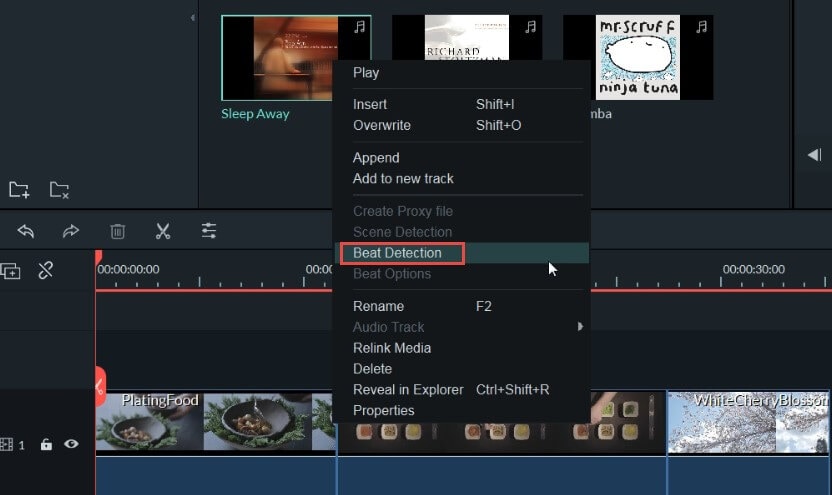 An audio wave icon is going to be displayed in the corner of the audio file’s thumbnail after the beat detection is completed. Afterward, you should right-click on the thumbnail and pick the Beat Options feature from the menu. 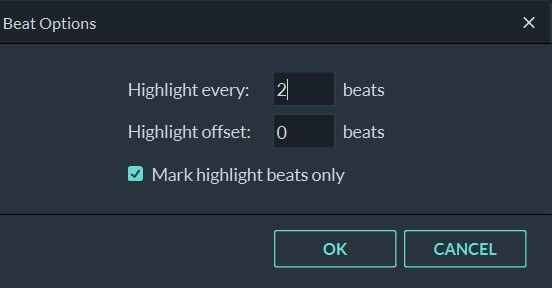 The Beat Options window is going to pop up on the screen where you can choose which beats are going to be highlighted. By default, Filmora9 is going to highlight every four beats, while the Highlight Offset Beats value is going to be set to zero.

Part 3: Syncing a Slideshow to the Beat with Filmora9

Although which beat detection settings you are going to use depends on the project, in most cases using the default values and unchecking the Mark Highlight Beats Only checkbox will do the trick. 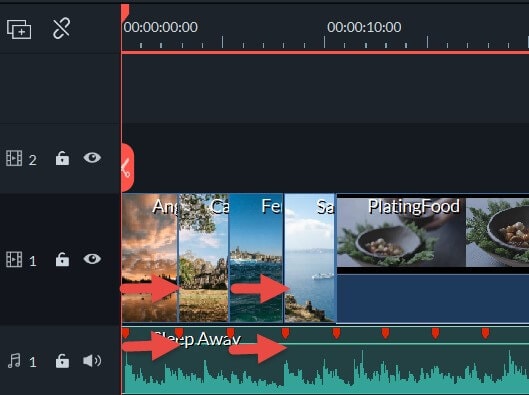 After you place the song to which you want to sync your video onto an audio track on the timeline, you will be able to see all the markers Filmora9’s beat detection algorithm has generated. Every fourth beat is going to be highlighted with a red marker, while the beats in between are going to be shown as blue markers.

Simply drag and drop the photos you want to include in your slideshow to a video track on the timeline and adjust their duration, so that the cuts correspond with every fourth beat.

Repeat this process for each picture you want to add to the slideshow from the beginning until the end of the song and preview the video you created when done.

The process of creating a slideshow and a music video with the Beat Detection feature is identical. You just need to select a song, analyze it to generate markers at every fourth beat, and then enable the Mark Highlight Beats Only option if you don’t want to see all the beats in the song.

Add the song the audio track on the timeline, then go to the Media tab and start adding the footage to the video track. Drag their edges left or right to adjust the duration of each clip and position the cuts at the highlighted beats. Preview the video when done and proceed to export your project.

Creating a slideshow or a music video with Filmora9’s Beat Detection feature will enable you to sync each cut in the video to the beats of the song you’re using as a soundtrack. This video editing technique is not going to work on all types of projects, which is the reason why you must make sure that the footage and the music match perfectly.